Senegal’s coach Aliou Cissé’s celebration when his team scored the winning goal against Poland in their World Cup opening game has become an internet sensation.

When M’Baye Niang put Senegal up 2-0 in Moscow yesterday, Cissé made intense eye-contact with the camera and did a triple fist-pump.

The video clip of the dashing manager’s fist-pumping celebration soon made it onto social media, where it has been hailed as ‘the meme of the 2018 World Cup’. 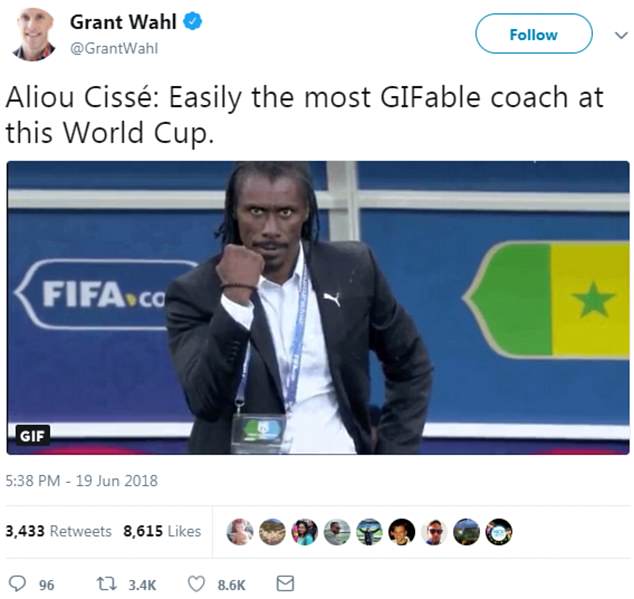 Onto a winner: Aliou Cisse made intense eye-contact with the camera and did a triple fist-pump when Senegal scored their second goal against Poland on Tuesday

One person tweeted that Cissé was ‘easily the most GIFable coach at this World Cup’, another said; ‘Aliou Cissé staring into your SOUL as he celebrates Senegal’s win over Poland!’

Senegal ended up beating Poland 2-1 at the Spartak Stadium in Moscow, Russia on Tuesday.

At 42, Cissé, who played for Birmingham City and Portsmouth as well as several French clubs before becoming a coach, is the youngest manager in the World Cup.

Yesterday, the former Senegalese international spoke out about the lack of African coaches in professional football clubs in Europe.

‘In European countries, in major clubs, you see lots of African players. Now we need African coaches for our continent to go ahead.’ 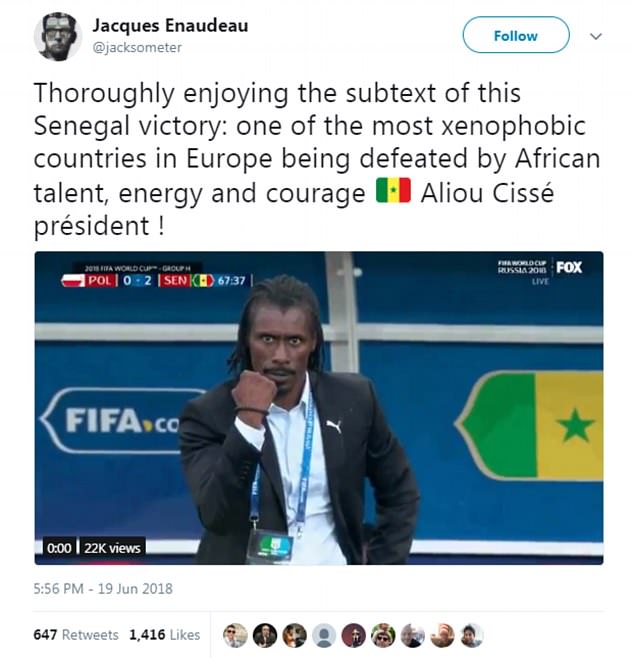 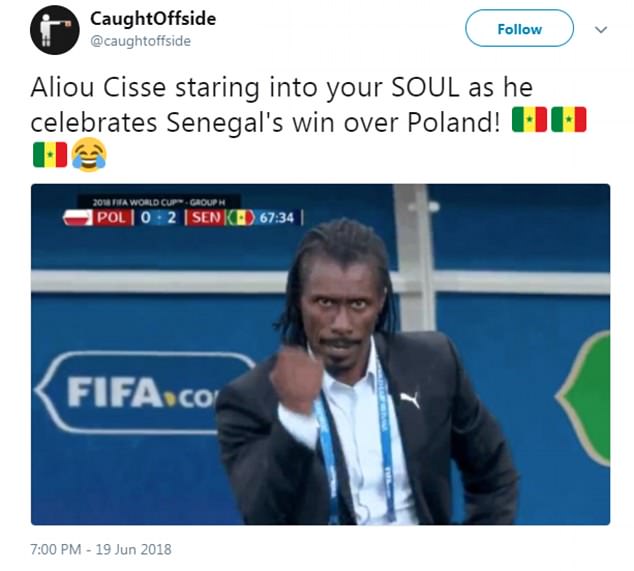 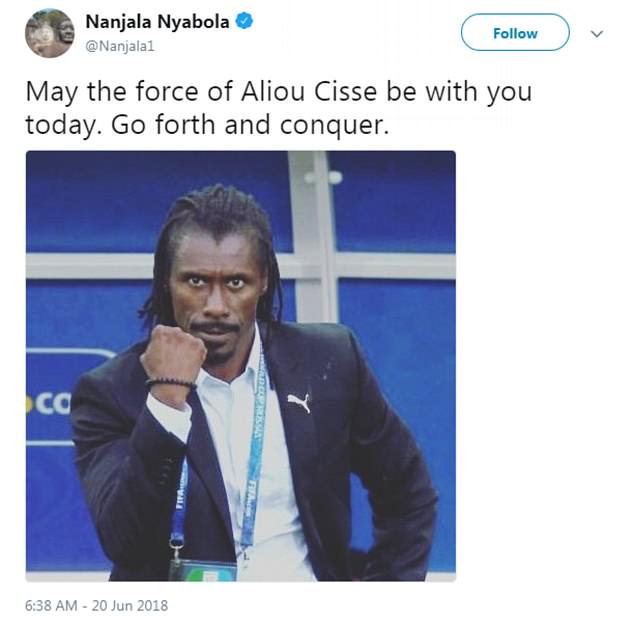 Breaking the internet: It did not take long for Cisse’s celebration to make it onto social media 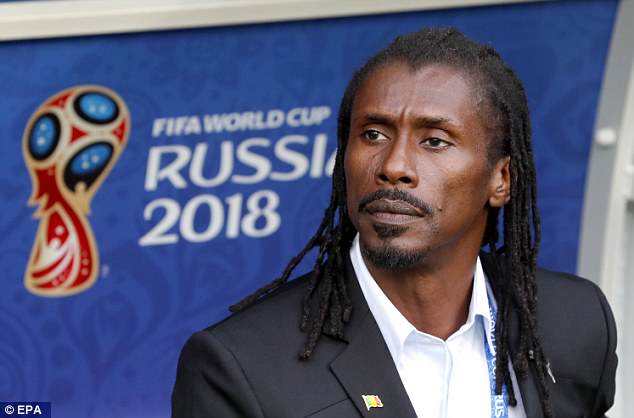 National hero: Aliou Cissé, 42, is the youngest national coach at the FIFA World Cup 2018, as well as the only black man to manage a team

He is the World Cup’s only black coach, but said it was about the progression of the African continent, not skin colour.

‘I am the only black coach in this World Cup. That is true,’ Cissé said.

‘But really these are debates that disturb me. I think that football is a universal sport and that the colour of your skin is of very little importance.’

Africa’s best performance at the World Cup has been to reach the quarterfinals, accomplished by Cameroon in 1990, Ghana in 2010 – and Senegal in 2002, when Cissé was captain of the national team.

‘I have the certainty that one day an African team, an African country, will win the World Cup,’ Cissé said.