They’ve tee-peed in our tent! Hilarious moment sheep storm holidaymakers’ camp and wreak havoc as they steal their food and poo on the floor

This is the hilarious moment that two sheep invaded holidaymakers’ tent as they were camping.

Rachael Tweedy, 30, and Lauren Harris, 27, start the clip by feeding the chickens and showing their new ‘home’ for the weekend as they camp at Wild and Free Camping in Redruth, Cornwall.

The first sheep begins rubbing its side against the tee-pee before Coco the dog leaves the tent. 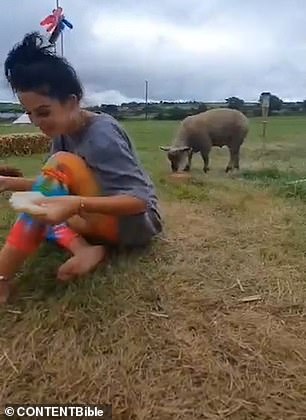 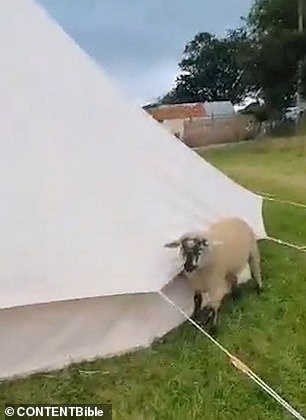 Rachael Tweedy, 30, and Lauren Harris, 27, were camping at Wild and Free Camping in Redruth, Cornwall, when the sheep started rubbing against their tee-pee

Ms Tweedy is sitting on the floor in the tent when the first sheep comes in and sticks its head in their bag of food.

As she tries to stop the first sheep, the second sheep goes in the tent as the pair hysterically laugh.

Ms Harris tries to encourage the sheep out with a piece of bread and tells Ms Tweedy to bring the bag of food outside.

The plan, however, fails as the sheep aren’t having any of it and go straight back inside the tee-pee.

Ms Tweedy leaves the tent, in the hope the sheep will follow her, but they venture further inside with one jumping on the other’s back.

They can be heard saying, ‘What the f*** is going on?’ as they hysterically laugh at the sheep wrecking havoc in their bedroom. 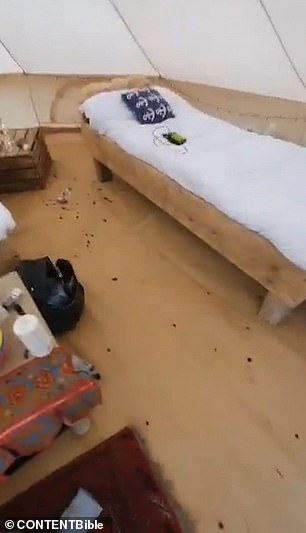 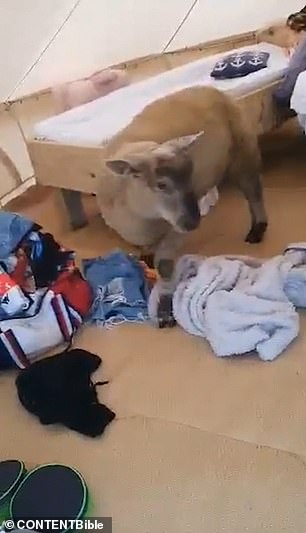 The sheep butt heads as Ms Harris says that she feels like she’s having a weird dream.

They encourage the sheep out with food and run inside the tent, zipping the door as soon as they’re inside.

The pair had been at the farm for around two hours before the sheep invaded, according to CornwallLive.

They travelled down from Manchester after having lots of holidays, festivals and events cancelled due to coronavirus. 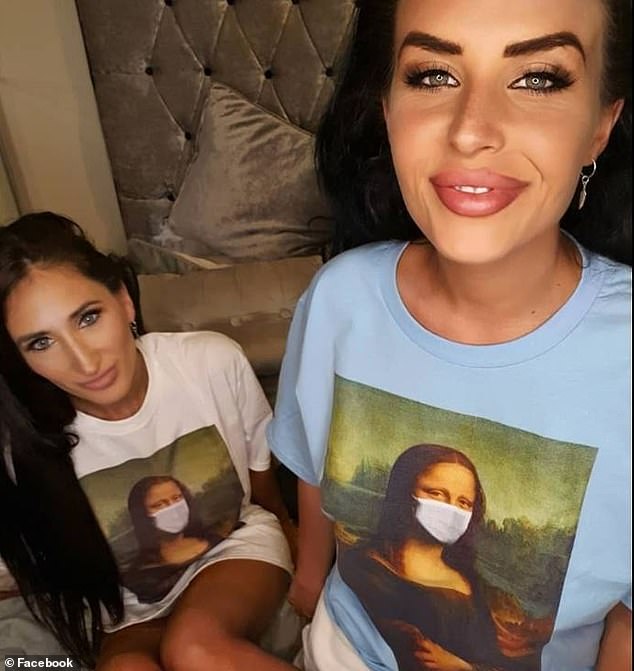 Ms Tweedy and Ms Harris travelled down from Manchester after having lots of holidays, festivals and events cancelled due to coronavirus