THIS is the shocking moment a man was allegedly attacked by Black Lives Matter supporters in NYC, who beat him with a helmet and punched him.

Tensions escalated in Brooklyn on July 12, after he supposedly shouted "Blue Lives Matter" and "f*** the blacks" during the Bay Ridge demonstration at around 9pm. 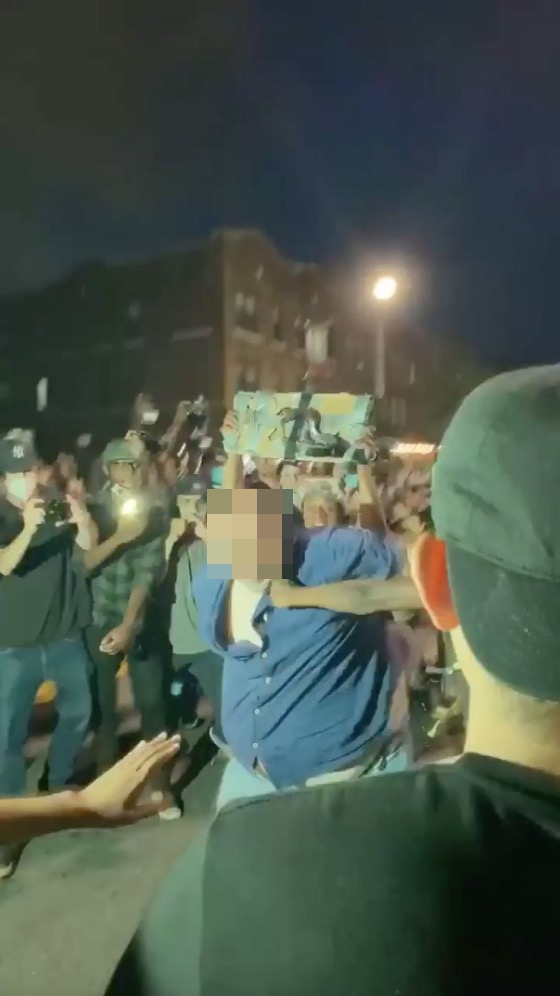 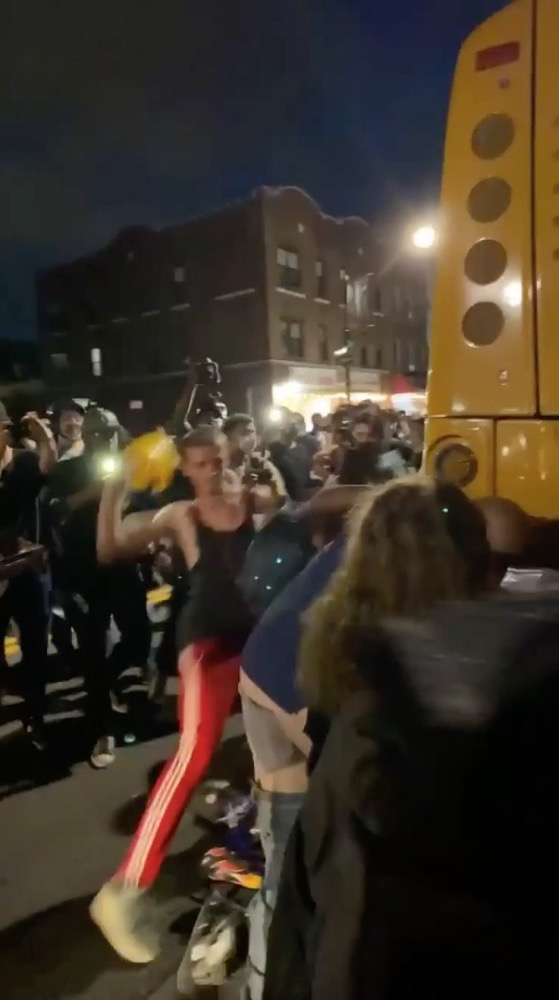 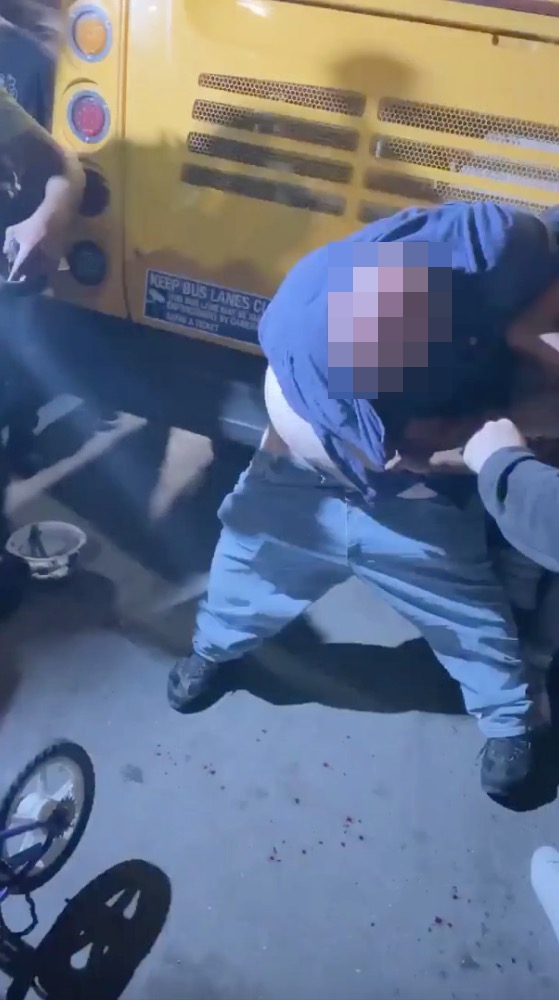 Disturbing footage shows the unidentified bald man standing outside a bar with several male friends before he is set upon by Black Lives Matter demonstrators.

In the video, one of them suddenly hits the man with a yellow workers helmet, belting him over the head with it and running away.

The man then chases after the alleged attacker but the crowd closes in on him and drags him into the street.

Moments later, his trousers were pulled down in front of a parked bus.

As he tried to pull up his pants, protesters began violently dragging, kicking and punching the man. 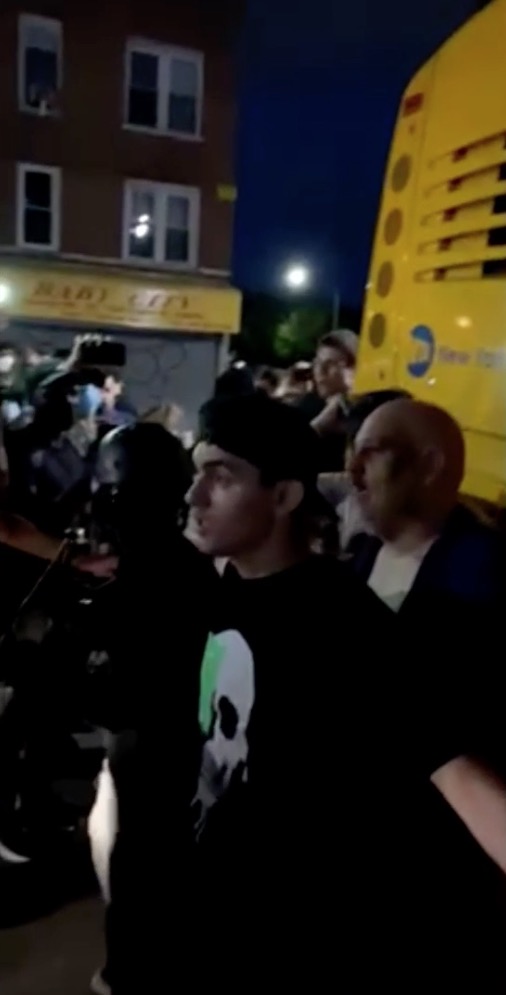 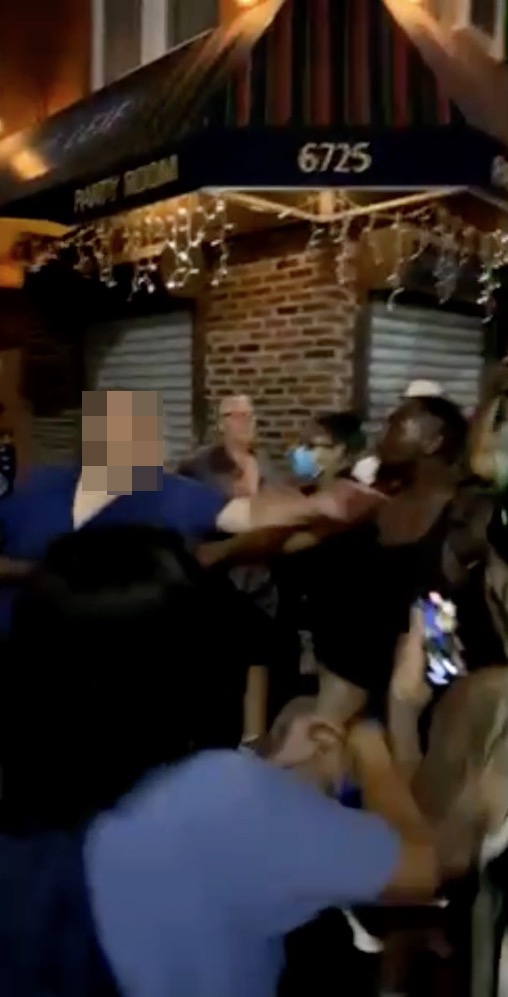 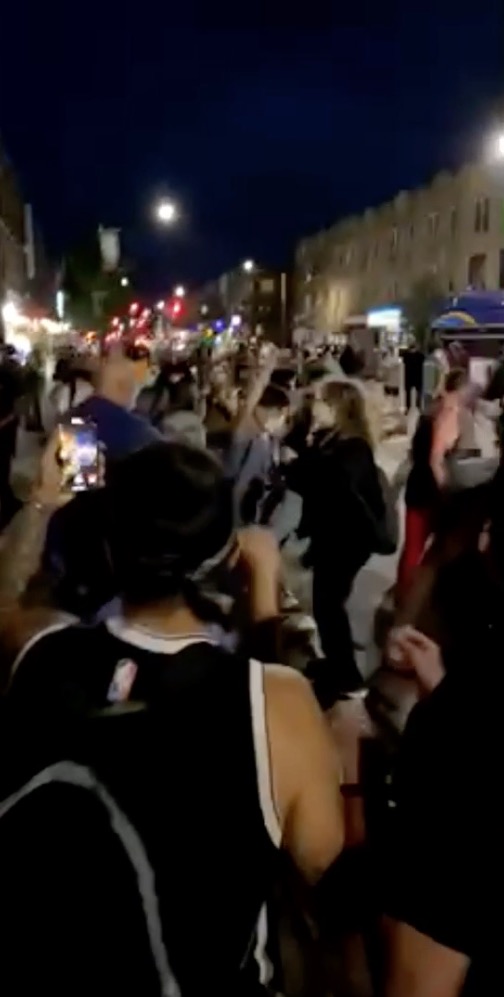 The person who filmed the violent altercation told Jam Press that the unidentified man had hurled racial slurs at the BLM group.

On Monday, he insisted that the "old guy" (wearing blue) was the one who started it.

"The old guy was the one who started saying 'blue lives matter' and 'f*** black lives' which is the reason he got beat up," the BLM protester tweeted.

"This video shows that he’s the one who started it."

In the video he shared, the man cannot be heard shouting "f*** black lives," however. 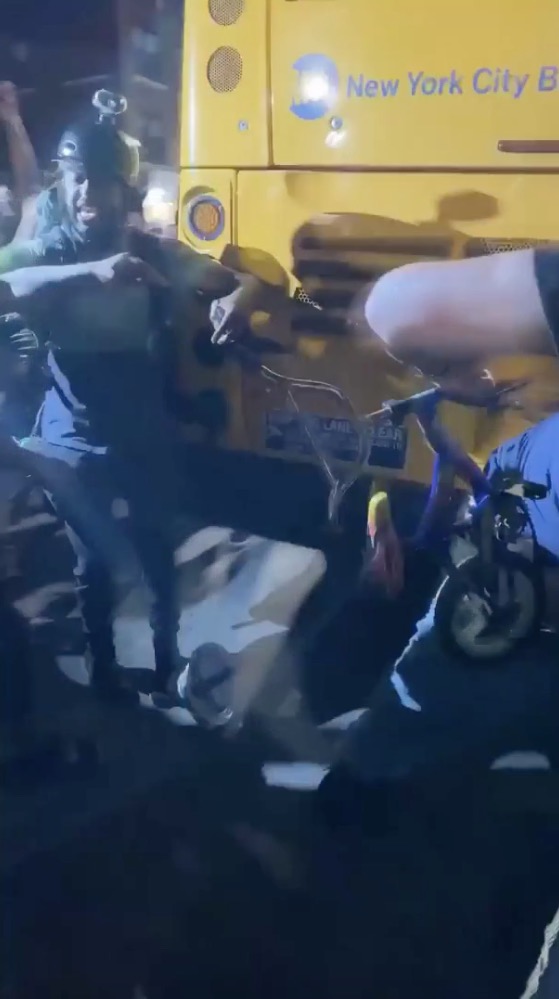 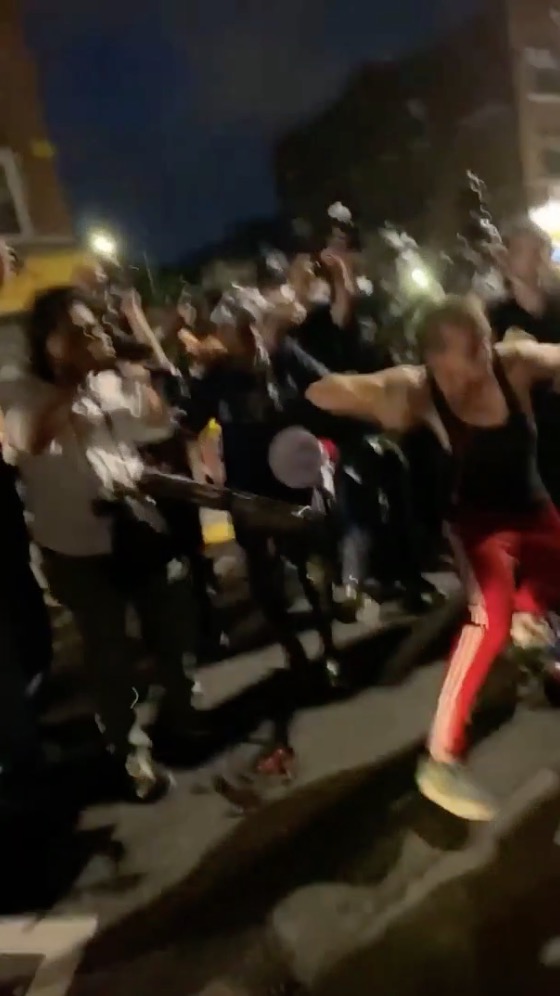 The NYPD told The Sun they were aware of the video.

The same individual threw a helmet at a uniformed police officer before this altercation and five arrests were made, a spokesperson said.

Videos on social media showed the NYPD stepping in to separate BLM demonstrators from an pro-police rally in the same area.

The New York Post reported that the pro-NYPD rally launched from Bay Ridge and Fourth Avenues at about 5:30 pm. 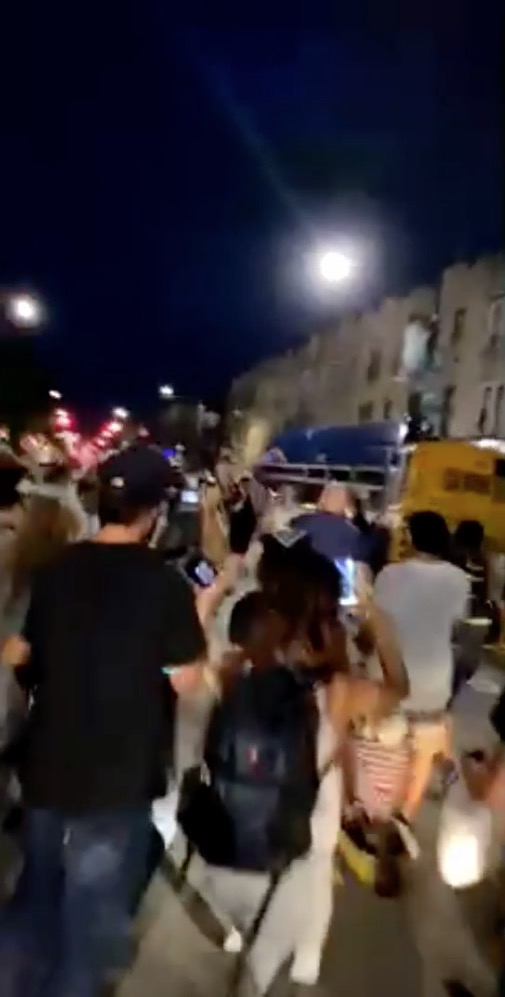 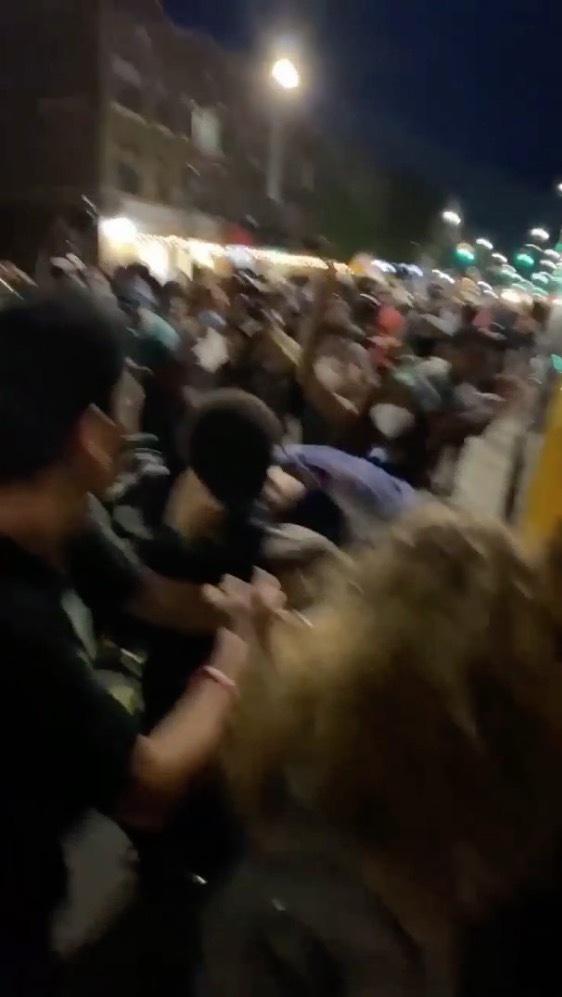 A counter-protest kicked off on nearby 86th Street and Fourth Avenue at around the same time.

More footage showed BLM supporters blocking a cop car from transporting a man who allegedly hit an anti-cop protester and threw an egg.

A cop was also hit with an egg in another Twitter video as tensions boiled over.

The fraught interaction resulted in a blazing trash can rapidly turning into a bonfire, the Post reported, as signs and cardboard were set alight.

The news comes as the country contends with widespread protests and civil unrest stemming from George Floyd's police custody death two months ago.

Another pro-NYPD rally in Dyker Heights descended into chaos as people hurled vitriol and sexist statements when counter-protesters showed up on Saturday.

beaten, is, man, moment, shock, Wi
You may also like: