Zachary Brown, a hunting and fishing guide, came across the stag’s body in Alberta, Canada. 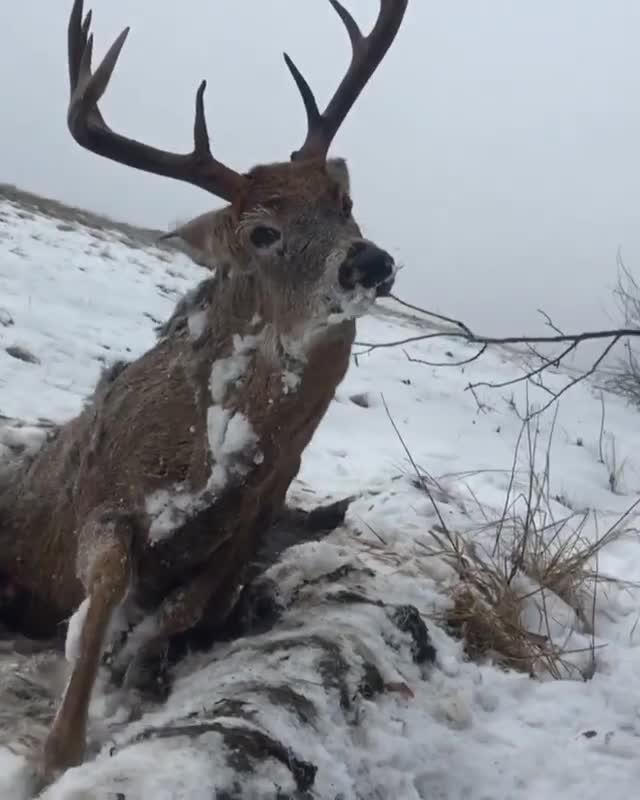 The 25-year-old fisherman believes the stag was either hit by a car or froze to death when the temperatures plunged to -5C.

Half of the deer’s body was sitting up right with its eyes wide-open as if it was still alive.

Its front legs were extended forward as if it was trying to climb out of the ditch and stand up.

The head, with its large antlers, was cocked to the side and it doesn’t have any visible injuries, but snow and icicles can be seen forming on its body. 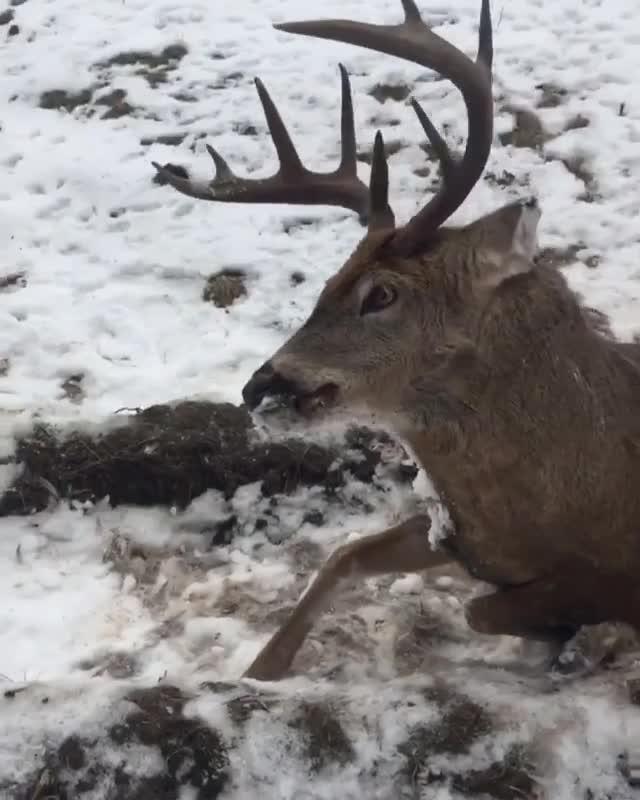 Brown posted the video to Facebook and said: “This deer didn’t quite make it.”

He told the Mail Online: I was guiding at Wizard Lake outfitting and was driving from checking trail cameras and noticed a deer in the ditch, I was curious to see what it was all about and noticed this deer had either been frozen to death or been hit by a car.

“I think it’s a sad way to go, it wouldn’t be fun freezing to death.

“Hopefully it was painless.” 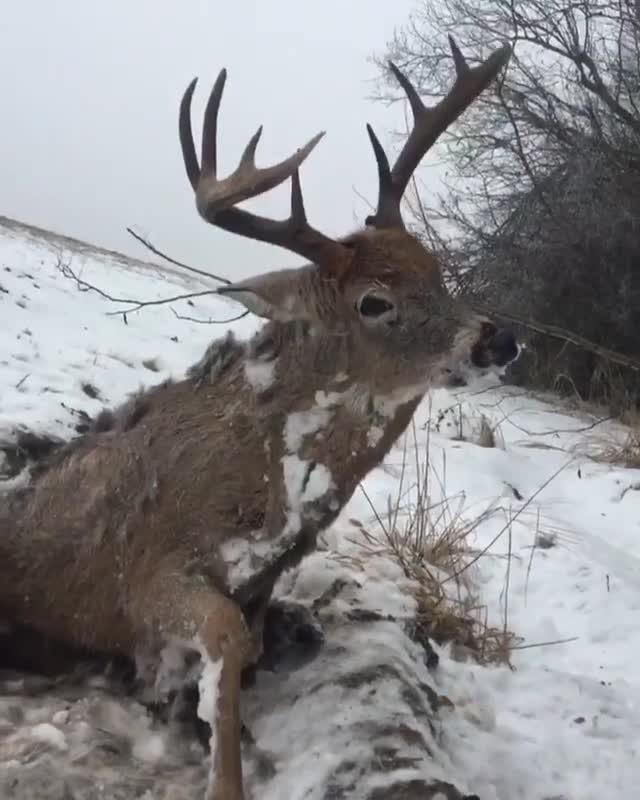 Deer are the most commonly killed animals in the UK and makes up almost a third of the animals to die.

In the US, more than a million deer were hit and killed cars.

deer, found, fro, Pics, shock, show
You may also like: