This is the shocking moment a knifeman launches a vicious attack on four police officers are luring them to an address with a fake 999 call.

Alex Traykov, 20, lured the Met Police officers to Islington by telling them he had witnessed a fight in his street.

But seconds after they arrived he lunged at them with a knife, slashing PC Rafal Kedziora, 34, in the face and neck and leaving him with life-changing injuries.

His frenzied assault caused PC Star Said-Ali, 31, to fall to the ground and smash her head on the garden path, before he threw the knife at PC Launa Watkins, 39.

Traykov missed his target and the officer was able to stun him with a Taser before he was tackled to the ground by PC Ben Thomson who then subdued him with a baton and handcuffed him.

The dramatic incident was caught on CCTV and will be broadcast tonight on Channel 5’s Police Code Zero: Officer Under Attack. 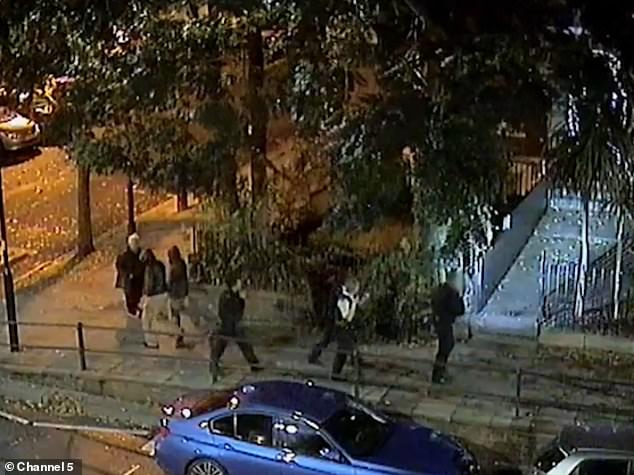 Alex Traykov, 20, lured four Met Police officers to an address in Islington with a fake 999 call before launching a frenzied knife attack on them. They are pictured here arriving at the home 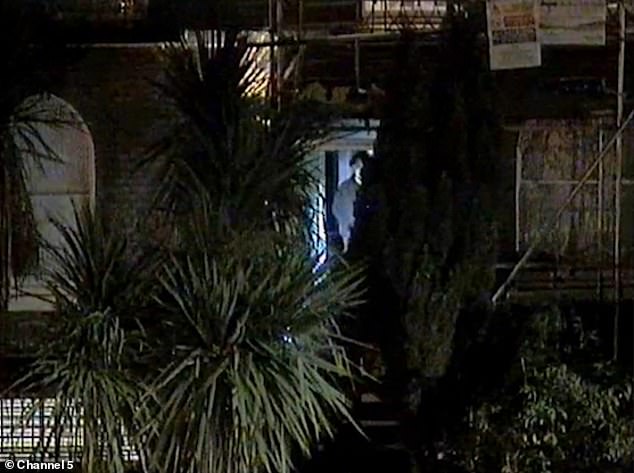 Traykov had a ‘vacant expression’ on his face when he opened the door, pictured, according to PC Ben Thomson, 40, who said he suddenly attack with the knife 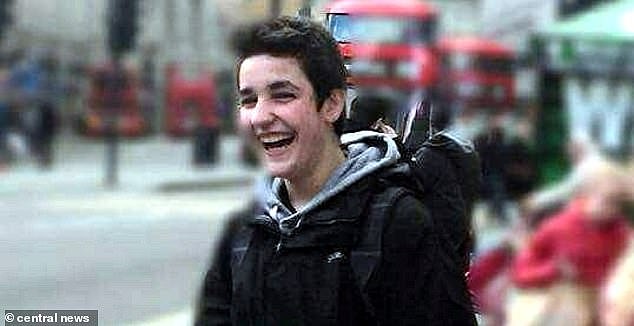 Traykov, pictured, was found guilty of GBH over the assault and court last month and is awaiting sentencing

Speaking about the incident on the documentary, PC Thomson said: ‘[On arrival] We can’t hear sounds or anything, there’s nothing alerting us. There was no suspicion of anything going on.’

The officers are shown knocking on the door and then shining a light in the face of Traykov when he opened it.

PC Thomson, 40, added: ‘He was just stood at the door with a vacant expression on his face.’

PC Watkins added: ‘And then within a blink of an eye I have just seen him attack Star [Said-Ali]. I’ve seen her raise an arm in the air and she screamed and she has fallen back.’

Speaking about the attack, PC Said-Ali said: ‘I didn’t see the actual knife; I just saw a metal glint, like a metallic flash, but I automatically know it’s a weapon. 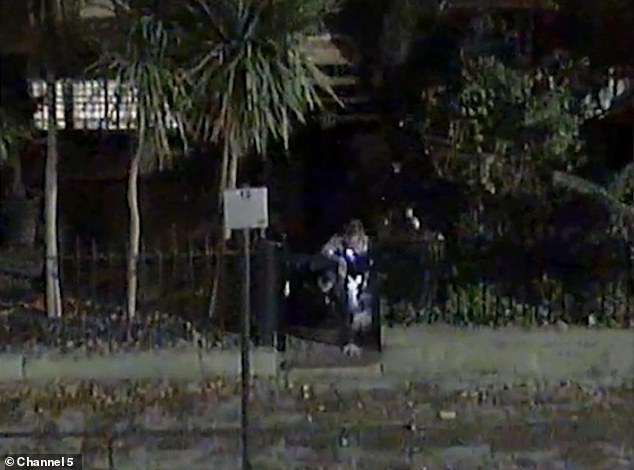 The officers retreated up the path but became stuck at the gate, pictured, allowing Traykov to stab PC Rafal Kedziora, 34, repeatedly and cause life changing injuries 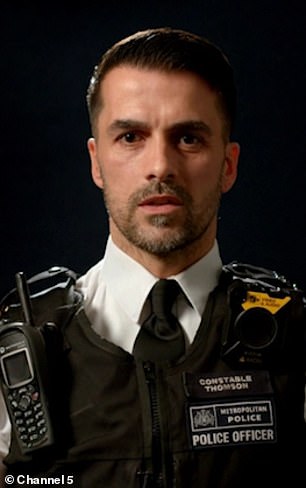 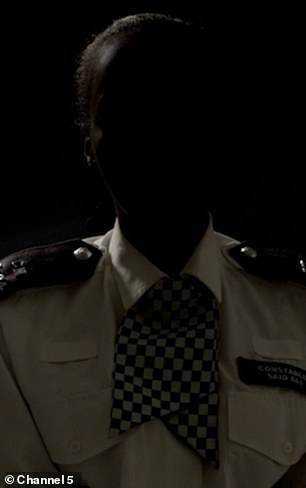 The footage is being broadcast tonight on Channel 5’s Police Code Zero: Officer Under Attack and features interviews with PC Thomson, left, and PC Star Said-Ali, 31, right, who smashed her head on the pavement after being knocked to the ground. Her face is being hidden in the programme

‘I remember screaming. All I could hear was just my own screaming. I thought I’d died’.

The officers fled up the path and were pursued by Traykov who knocked PC Kedziora to the ground with a blow to the head before repeatedly stabbing him.

Although the officers were all bunched together at the front gate, eventually PC Watkins was able to get clear and fire the Taser.

Traykov, of Redhill, Surrey, was charged with three counts of GBH with intent, one count of GBH without intent and four counts of attempted murder.

At his trial the court heard Bulgarian-born Traykov had smoked cannabis before making the 999 call and it had a ‘very different’ effect to what he had experienced before.

He said: ‘It was not a normal high I was experiencing … It was very strong and I lost concentration. I was moving and doing things without actually thinking about it.’

After Traykov called 999 for a ‘prank’, he said: ‘At the time it was amusing to me, but now I can say for certain it was not funny at all.’

In the minutes before the officers’ arrival on the doorstep, Traykov claimed he toasted crumpets, spread them with jam and cut them up and was still holding a large knife when he answered the door. 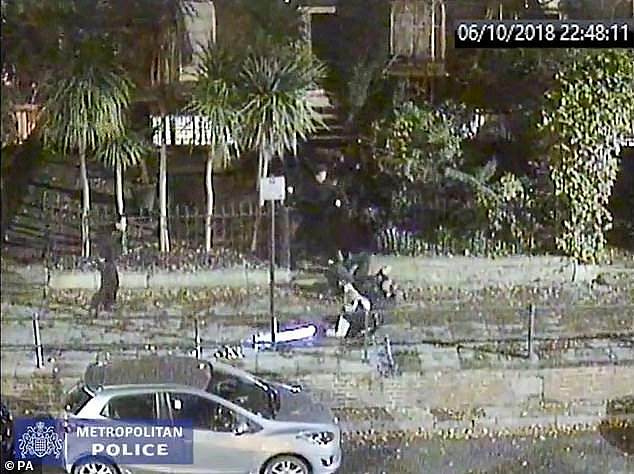 Eventually PC Launa Watkins, 39, was able to get clear, although she fell to the ground in the process, pictured 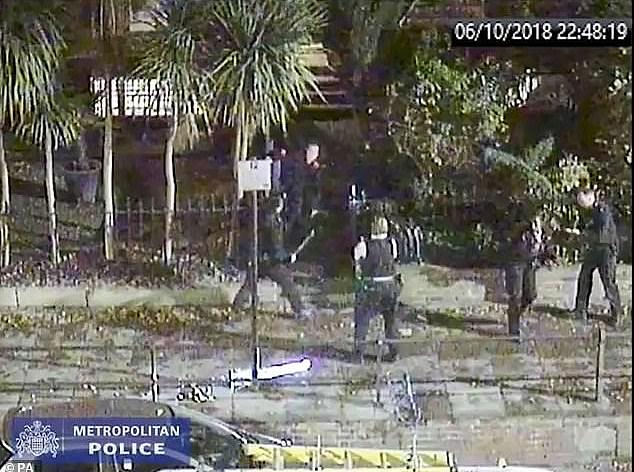 After getting to her feet, PC Watkins was able to subdue Traykov with a Taser, pictured, moments after he threw the knife at her and missed 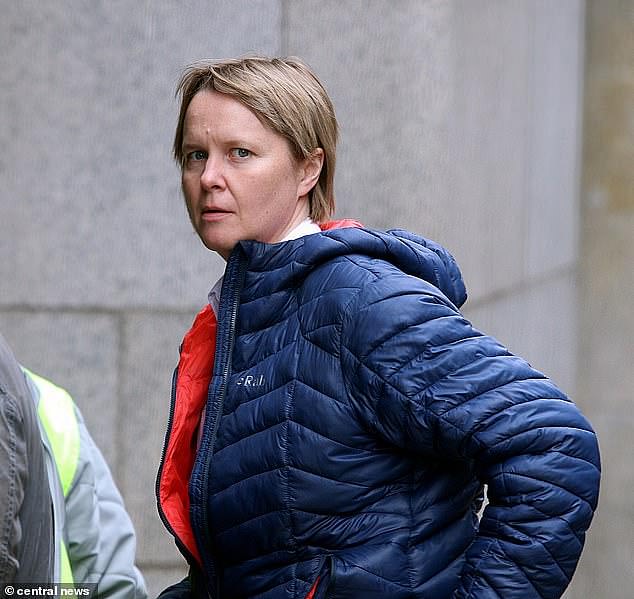 PC Watkins, pictured outside court during Traykov’s trial, said the attack happened ‘within the blink of an eye’

But he was found guilty of all the GBH charges and is currently awaiting sentencing.

In a statement after Traykov’s conviction, PC Kedziora said he may never recover from the mental ordeal of the attack.

He said: ‘Police officers are facing ruthless criminals on a daily basis who have zero regard for the value of life.

‘We experience traumatic events daily, and are frequently placed in dangerous situations, which yes is part of the job, and accept that; we run towards danger and not away from it.

‘I and my colleagues came to work that evening to protect and serve the community,

‘I have been left with life-changing injuries that my family and I are continuing to come to terms with, and the mental scars may never heal.’

Printers are selling out! 5 in-stock options you can get covered under Yahoo Plus Tech