Baipilli Urvasi, 50, and her husband Tirupathi Rao, 55, were mauled to death when the deadly beast pounced on them in an orchard in India. 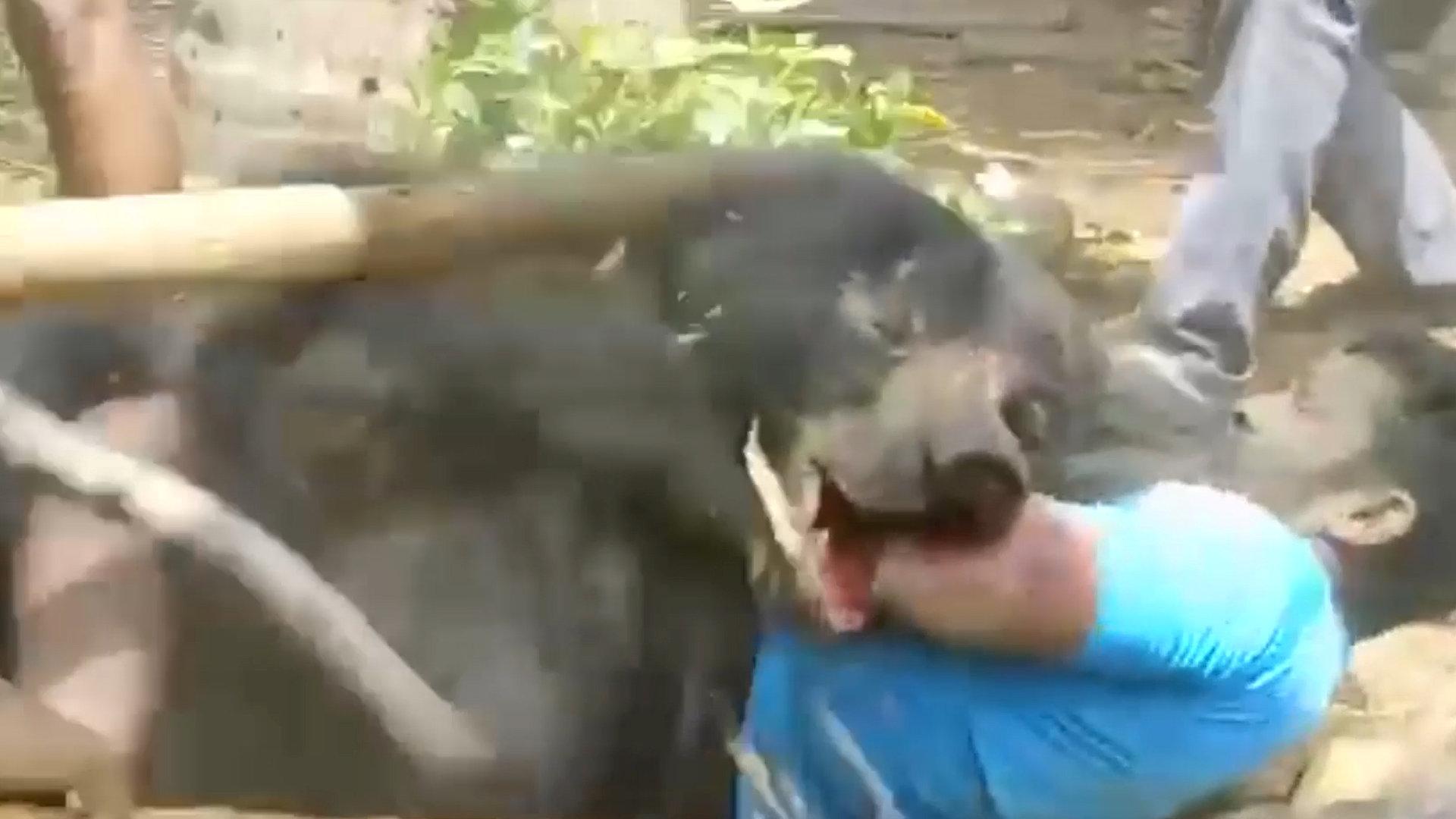 Villagers went on to attack the brown bear and, in a video reminiscent of the Leonardo  DiCaprio film The Revenant, the enormous animal can be seen fighting back.

It pounces on one man, and locks its jaws around his arm, while pinning him to the ground, in Yerramukkam village near Srikakulam.

Villagers are then seen beating the bear with sticks in a desperate attempt to get it to loosen its grip on its victim.

Four men who tried to save the couple, and three more who later fought it off, were seriously injured in the battle. 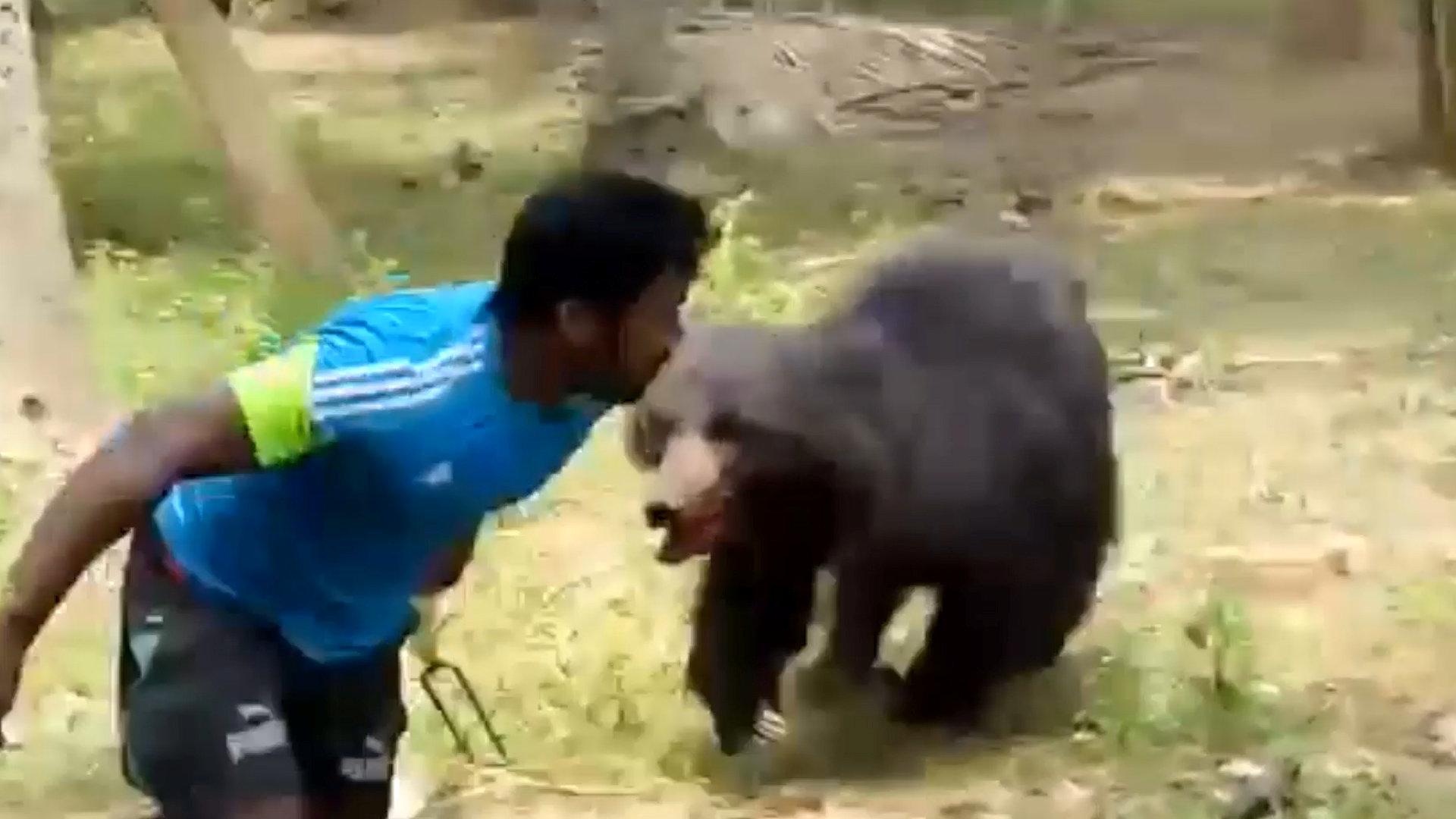 The injured were rushed to the nearby Palasa government hospital, before they were sent to King George Hospital (KGH) in Visakhapatnam.

A local villager Ambati Karuna said: "Officials have done nothing to prevent wild bear attacks had become common in the area." 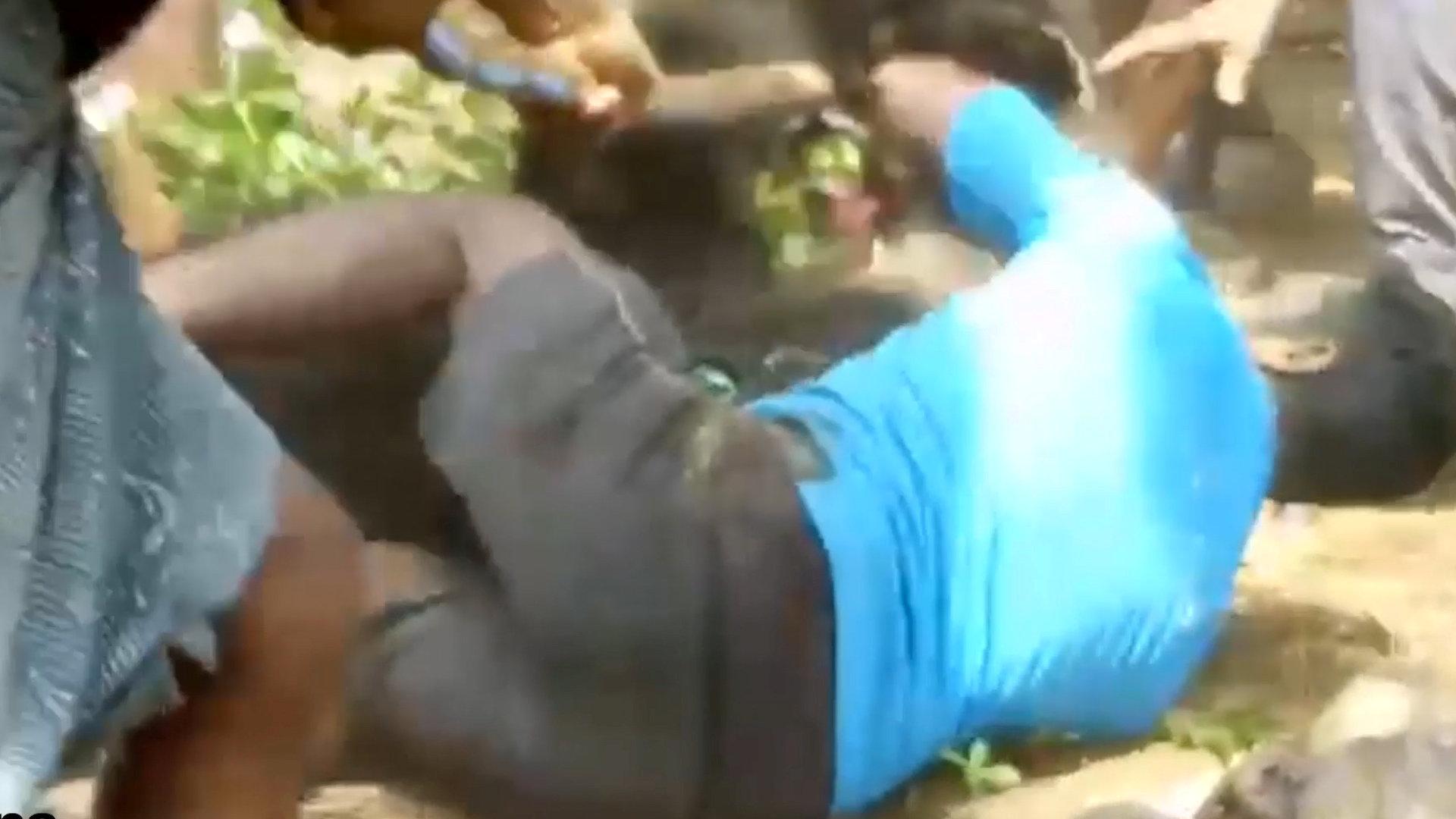 The bear strayed into a cashew orchard, but before locals could alert the local forest department it had attacked and killed the couple, and injured four others.

Forest ranger Arun Prakash told reporters compensation would be paid to the family of the couple killed.

bear, by, couple, for, is, It, killed, man, mauled, moment, revenge, seek, SHOCKING, villagers, When
You may also like: