This is the shocking moment an 18-year-old Ladbrokes worker had thousands of pounds stolen as she walked to the bank to deposit the bookmaker’s takings.

Dashcam footage from a passing driver shows a man in a white hoodie jogging up behind the woman before ripping the bag off of her shoulder and running away.

The woman was walking to a branch of the post office to deposit the bookmaker’s takings when she was ambushed on a road in Hatfield, Hertfordshire. 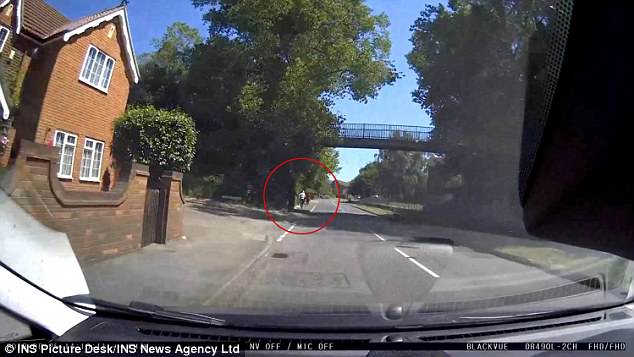 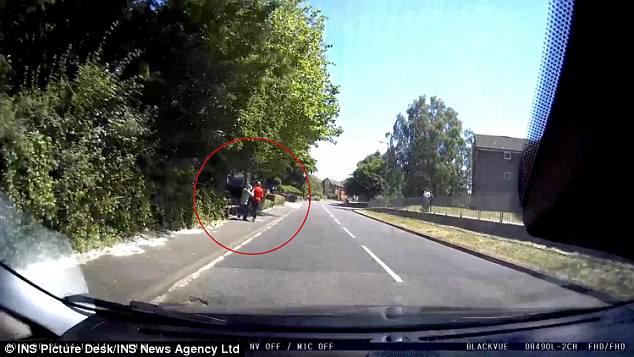 Police are also appealing for information about a second man who, along with the man in the video, threatened the teenager before they made off with the shop’s earnings.

The passing motorist who filmed the ordeal got out of their car to comfort the woman before taking her back to the betting shop where she was employed.

Detective Constable Andrew Greenman, who is investigating, said: ‘We are grateful to the member of the public who has shared their footage with us after being in the right place at the right time.

‘We are following several lines of inquiry at this stage, one of which is appealing to the public to ask if they recognise the man pictured.

‘I want to reassure the victim that we are doing all we can to capture those responsible.’ After grabbing the bag, which contained thousands of pounds, he ran away in the opposite direction 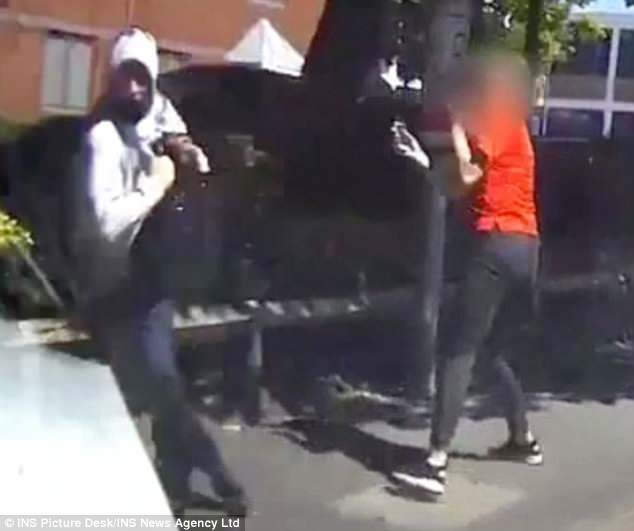 Hertfordshire Police have released the dashcam footage for help identifying the man pictured. The attack took place on Wellfield Road, Hatfield, Hertfordshire, at 2.10pm on June 25

A spokesman for Hertfordshire Police said: ‘Officers investigating a robbery in Hatfield have released dash cam footage of the offence in progress, as well as still images, in order to identify the two suspects.

‘The victim, an 18-year-old woman, works at Ladbrokes in Birchwood and had left the branch with a large quantity of the store’s cash takings in a bag, with the intention of banking it at a Post Office in the town centre.

‘The amount of money taken was in the thousands of pounds.

‘Just after the junction with Burfield Close she was approached from behind by two men who threatened her before snatching the bag from her shoulder.

‘A member of the public, who captured the offence on their dash cam as they drove by, stopped and asked the victim if she was okay before taking her back to the Ladbrokes branch in The Common. The victim was left uninjured but shaken by the ordeal.’