THIS is the shocking moment two women in their 20's are repeatedly punched in a New York deli by a bag-carrying stranger who then fleed.

The surveillance footage was filmed in a Utica Avenue deli near Sterling Place in Brooklyn early on Sunday morning. 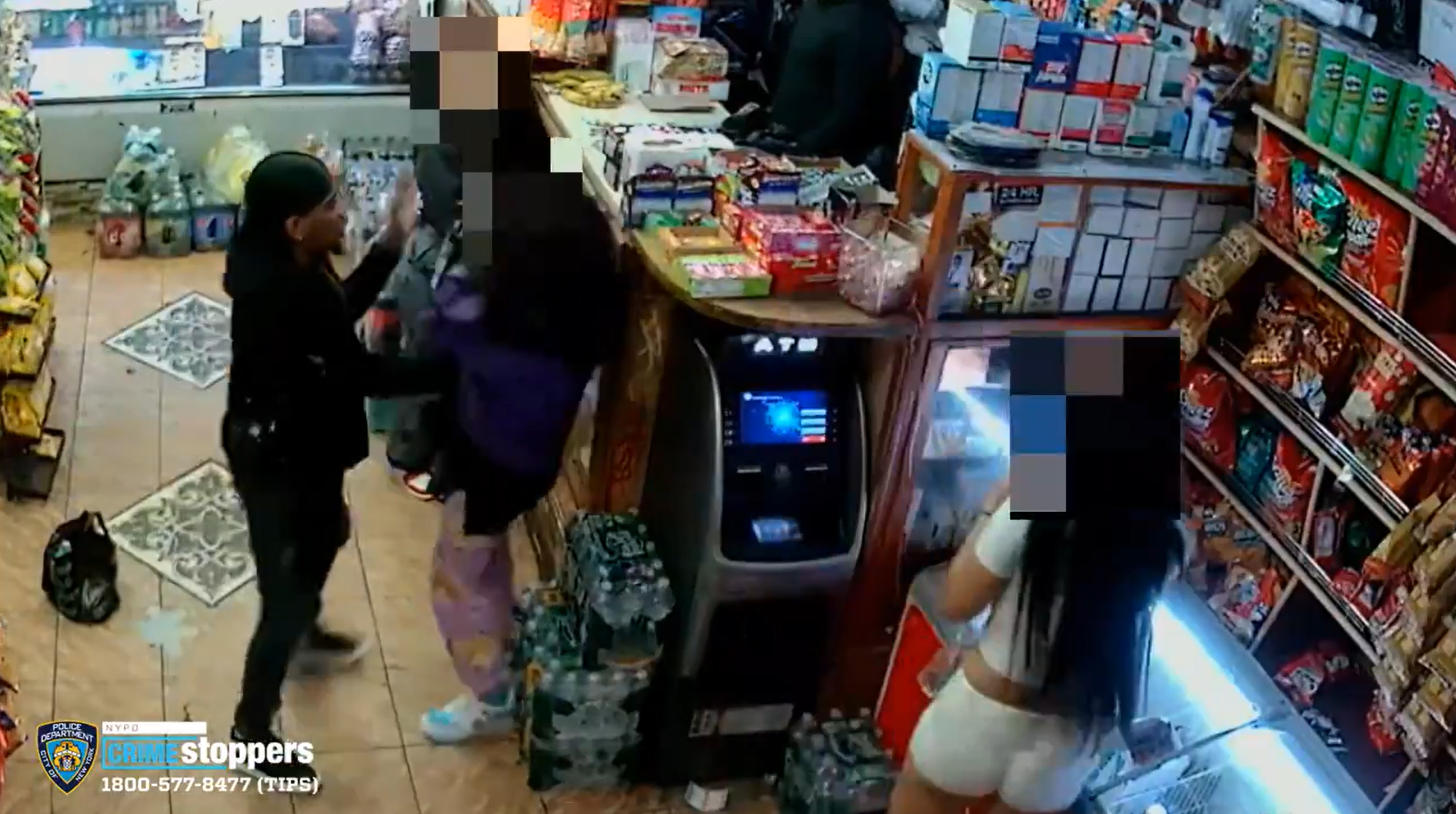 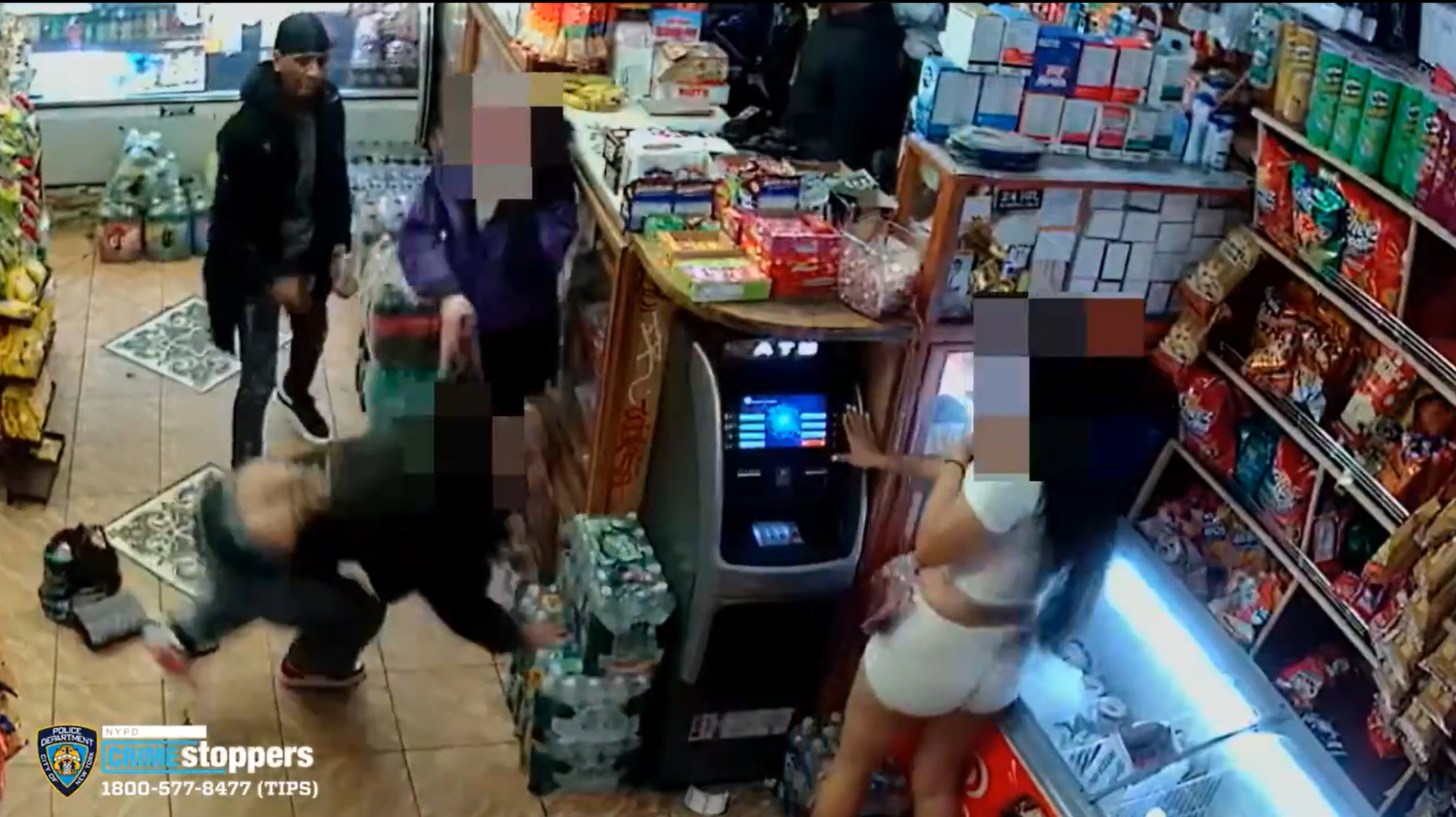 In the video, the man can be seen approaching the victims while attempting to talk to them.

He then proceeds to drop his black plastic bag to the floor before throwing a punch at one of the women and pulling her hair.

The attacker then moves onto the other woman and punches her several times in the face before picking up his bag and fleeing the store.

It is believed that that the attacker has no connection to the victims.

The woman at the ATM and the store clerk also appear in the surveillance video however they do not appear to be affected by the assault.

NBC New York reports both women were taken to the hospital, where they were listed in stable condition.

Police have said that one of the victims, 21, suffered a detached retina.

The 24-year-old suffered pain and bruising following the brutal attack.

Police have asked for help identifying the man who is believed to be in his 30s.

This is not the only recent assault that has occurred in a deli in the past few weeks.

According to 1010 WINS, an 18-year-old was shot dead in a deli in East New York last Wednesday. 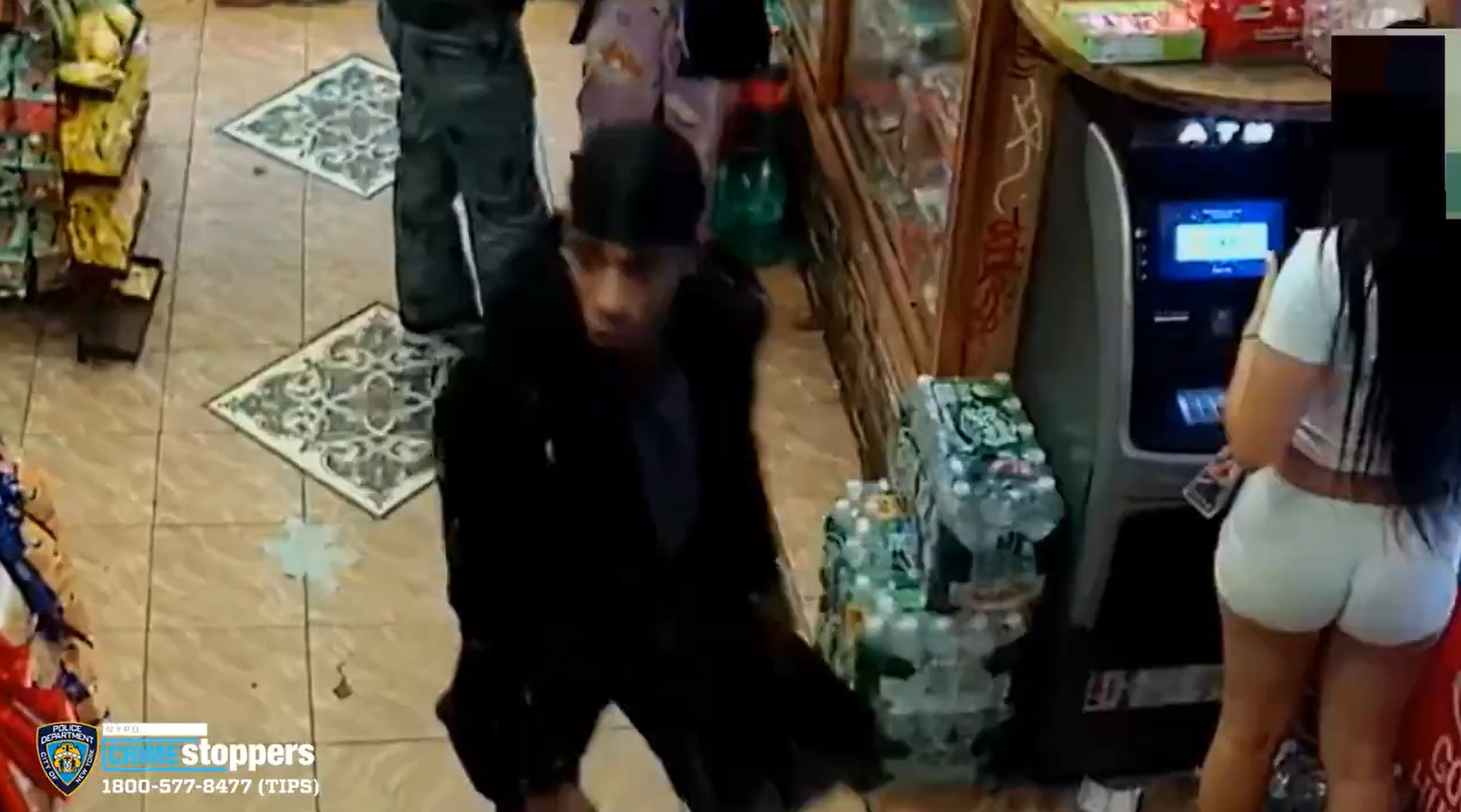 in, moment, SHOCKING, t, two, Women
You may also like: