Brushed off! Shopkeeper whacks attacker with a broom before the fleeing man runs into the side of a passing car in bizarre clash

This is the moment a shopkeeper used a broom to see off a man attacking his store window with a brick in a bizarre altercation.

The man hit the attacker so hard that the head flew off his broom during the incident outside Bargain Beers in Liverpool.

And the attacker narrowly missed being hit by traffic as he fled – instead colliding with the side of a passing car.

The footage was taken by Uber driver Trandaf Laurentiu, from his car on May 15, on Prescot Road in the west of the city. 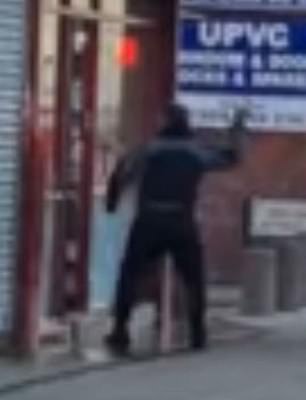 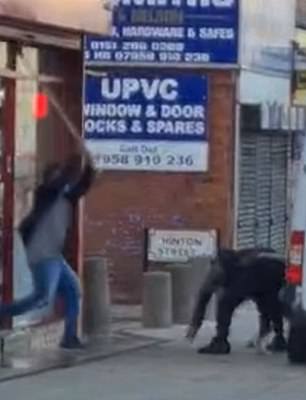 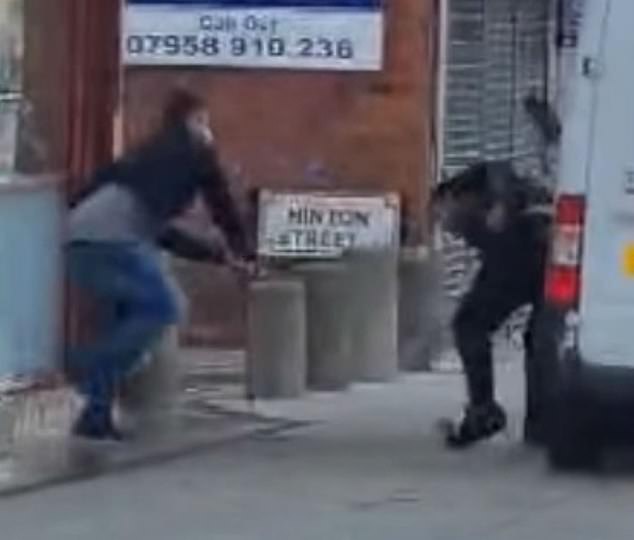 The shopkeeper hits the man over his head with a broom, knocking the brush off and forcing him to run away

A man dressed all in black walks up to the shop holding what appears to be a brick in above his head.

He hits the shop window once before falling over as the shopkeeper comes running out with a broom.

The shopkeeper hits him over the head with the broom, causing the brush to come off, and he runs behind a van into oncoming traffic, straight into a black Ford Fiesta.

He bounces off the side of the car and continues running away down Lister Road as the shopkeeper stays outside his shop. 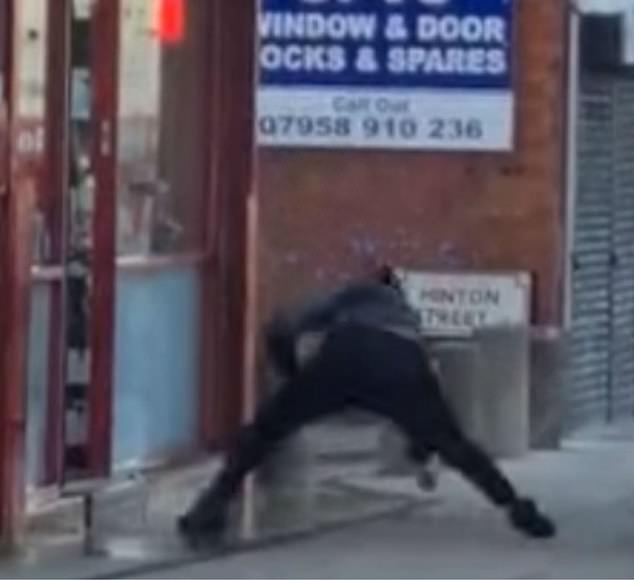 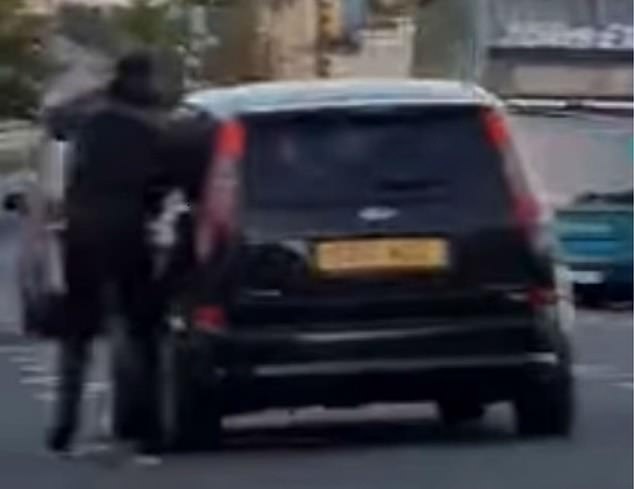 The man dressed in all back runs away from the shopkeeper into oncoming traffic, bouncing off the side of a black Ford Fiesta 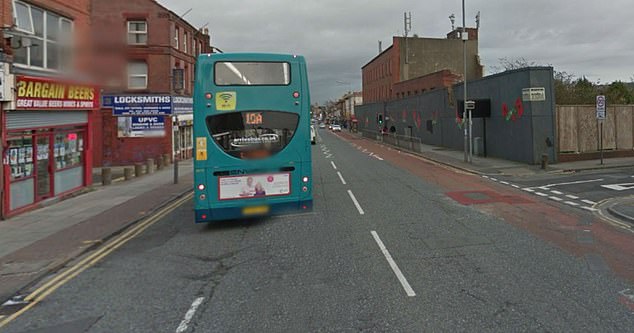 The bizarre scene happened on Prescot Road on the west side of Liverpool next to Lister Road (right), where the man is seen running away

Mr Laurentiue, who shot the footage as he drove around the city, today said he waited to see if anything else happened.

He said: ‘I just heard somebody shouting and I saw the attacker crossing the street. I started filming. I waited another two minutes, nobody was hurt.’

Merseyside Police said: ‘A patrol was flagged down on Prescot Road at 8.35pm on Friday 15th May to reports of a male throwing a brick causing minor/superficial damage to a window of Bargain Beers.

‘Patrols in that area were made aware for passing attention/reassurance.’