Follow
Home » World News » Shouldn't he be self isolating?: Larry the cat relaxes outside No10

Shouldn’t he be self isolating?: Larry the Downing Street cat relaxes outside No 10 despite warning cats from infected households should be kept inside during coronavirus lockdown

Larry the Downing Street cat was spotted relaxing outside No10 yesterday despite warnings that cats from infected households should be kept inside during the coronavirus lockdown.

The tabby cat was pictured flopped on the pavement resting, before later sitting on the steps, as police officers and other staff members went about their business.

The feline, who was brought in to Downing Street in 2011 to tackle a rat problem, was outside, despite advice from the British Veterinary Association that said cats from infected households, or those where people are self-isolating should be kept inside if possible.

Boris Johnson is currently hospitalised with coronavirus, and his fiancée Carrie Symonds is also in self-isolation after getting symptoms of the disease. 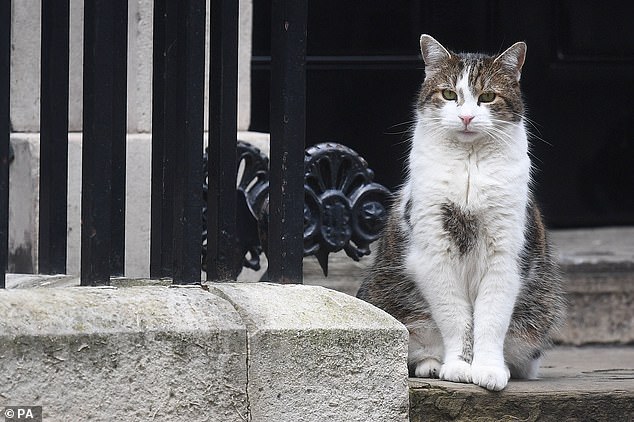 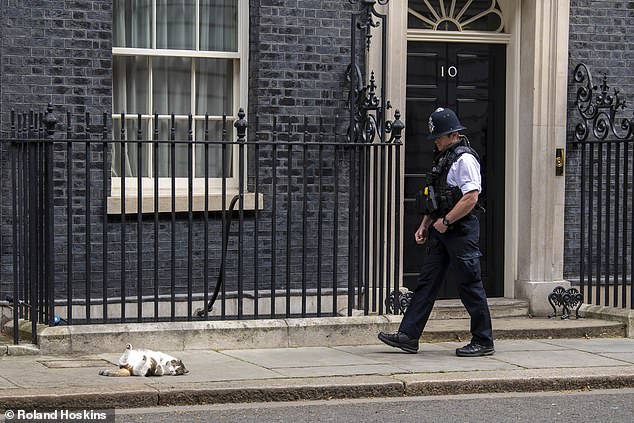 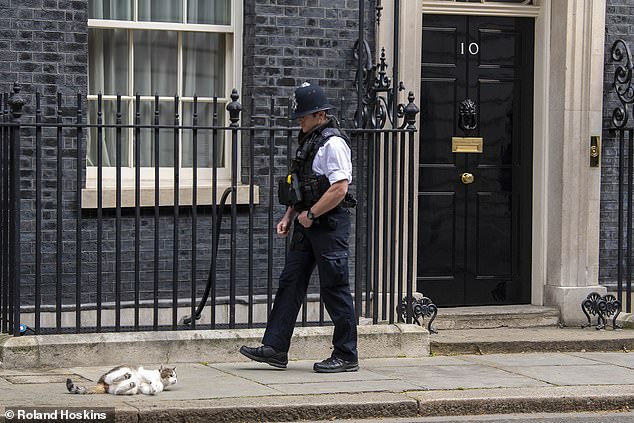 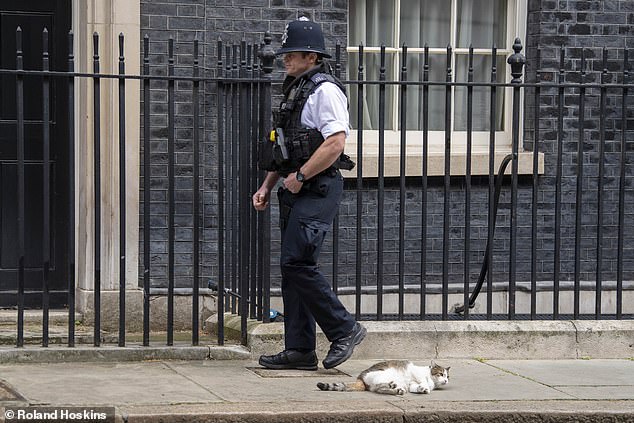 ‘I’ve seen him this morning. He’s going about his business in the usual way.’

There is no evidence that cats can transmit the virus to humans.

BVA President Daniella Dos Santos said: ‘We are not advising that all cats are kept indoors.

‘Only cats from infected households or where their owners are self-isolating, and only if the cat is happy to be kept indoors. Some cats cannot stay indoors due to stress-related medical reasons.

‘There have been a tiny number of cases of Covid-19 in animals and in all cases, it is likely that the transmission was human to animal.

‘There is no evidence that pets can pass Covid-19 to their owners. 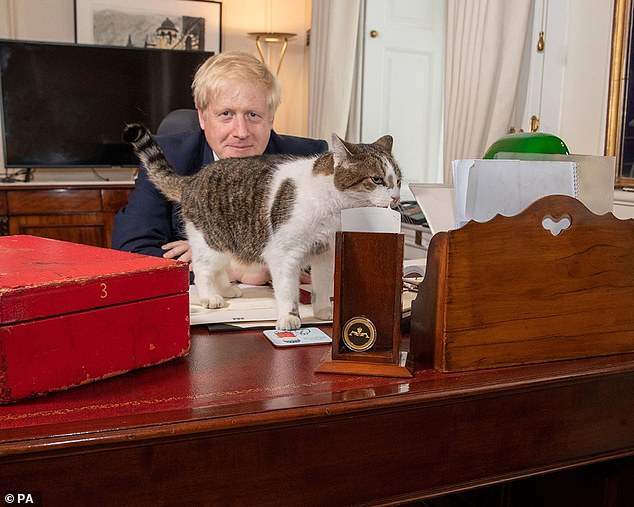 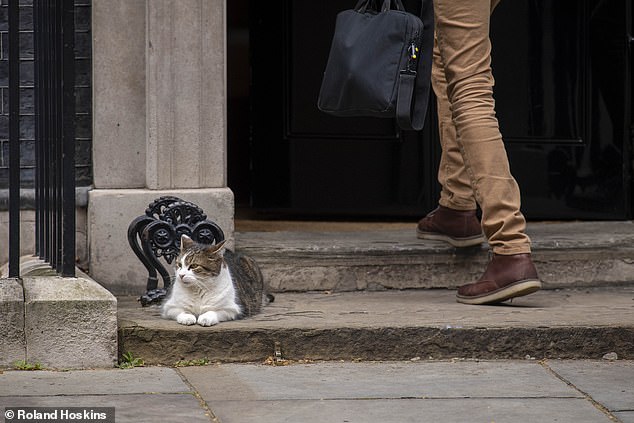 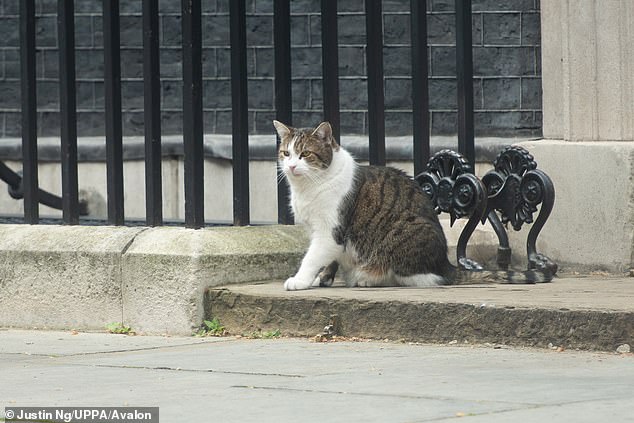 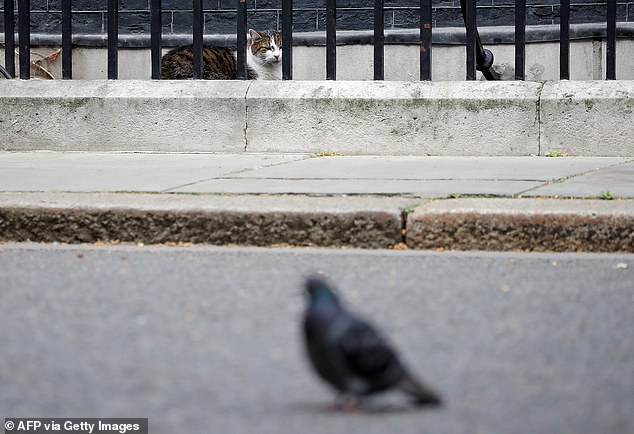 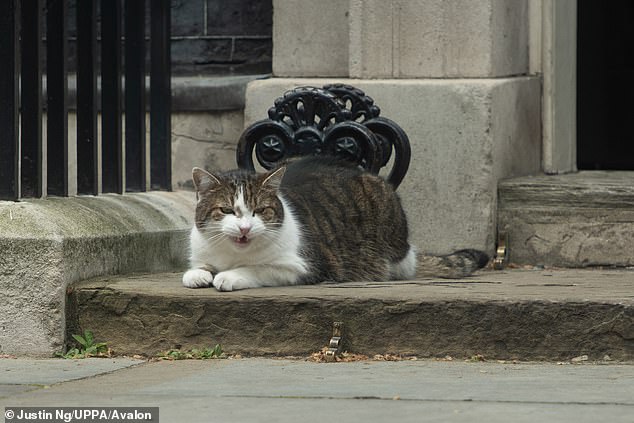 ‘From the small number of cases it appears that dogs do not show symptoms, but cats can show clinical signs of the disease.’

A Number 10 spokesman told the Daily Mirror: ‘There is no evidence that pets can pass on coronavirus to their owners.

‘As the BVA have said today it’s important to wash your hands before and after petting your pets.’