Kids as young as six have reportedly been left terrified after the disturbing character emerged on their screens in games and videos. 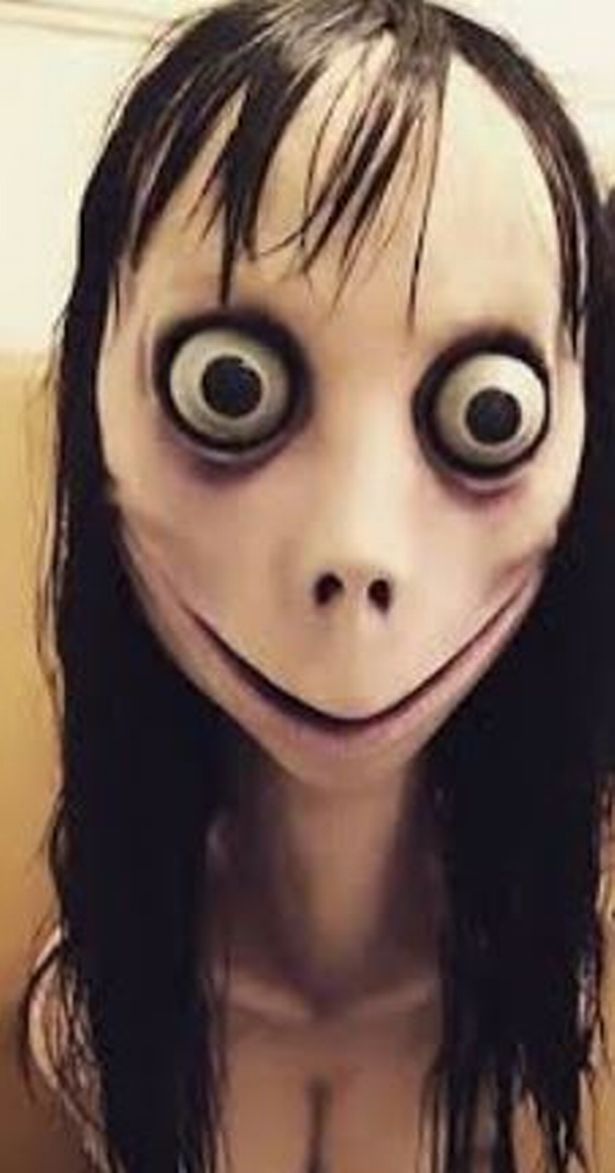 And the character – used to give children sick challenges that include self-harming – could cause long-term mental health problems, one clinical psychologist has warned.

She said: "They can feel taken over by it, especially if it’s appearing frequently.

"It’s almost like it has power, deciding things and determining what they should do."

And she said most worryingly, the character could tip vulnerable children over the edge when it comes to their mental health.

Ms Citron said: "Children can struggle with depression and that can affect their school performance, their relationships, their emotional and social development.

"It’s this effect on emotional health that can be worse than the image.

"Especially for children who are vulnerable, these orders can be something they act on.

"It leads them on, encourages them – it prays on their vulnerabilities. It almost grooms them into actions they wouldn’t otherwise consider."

Momo Challenge is a 'suicide challenge' game on social media in which players are threatened to follow 'orders' from the scary-looking avatar.

And while initially on WhatsApp, parents have reported their kids have been left in tears after seeing the character in YouTube videos and on Fortnite.

The character has sparked warnings across the world, with cops in Argentina even linking the game to the death of a 12-year-old who took her own life.

Momo is a disturbing 'suicide' game that has spread through social media platforms such as WhatsApp and Facebook.

The sick game Momo begins with an avatar – a haunting image of a woman with bulging eyes and long hair.

She sends violent images victims and then threatens the player if they refuse to follow the game's orders.

A 12-year-old girl and 16-year-old boy are said to have killed themselves after playing the Momo game on WhatsApp in Colombia last year.

The Momo image itself was originally a sculpture created by a Japanese special effects company called Link Factory and displayed in a Tokyo fetish museum in 2016.

And Brit parents have previously told The Sun Online how the character, which was originally created by a Japanese artist with no links to the game, has appeared on their child's YouTube videos.

One mum, from Swindon, said her six-year-old son was watching a gaming channel when the creature popped up and warned "I'm going to kill you".

Sharing advice for parents, Ms Citron said worried mums and dads should keep an eye out for a change in their child's behaviour, including becoming aggressive or irritable.

She said: "Signs can include withdrawal from engaging with their family in anyway, especially spending too long in their bedroom."

Aside from speaking to school counsellors, Ms Citron said it was important for parents to keep speaking to their children – not just looking over their shoulder but being "cooperative".

She said: "There's the supervision aspect but it's not too top down from the parental angle."

Ms Citron said children could struggle with nightmares and flashbacks – with the physical manifestation of the character making the response even worse.

FOR KIDS: How to say no

It can sometimes be hard to stand up to your friends, so Childline offers the following tips on how to say no:

1) Say NO with confidence:
Be assertive. It’s your choice and you don’t have to do something which makes you feel unsafe or uncomfortable.

2) Try not to judge them:
By respecting their choices, they should respect yours.

Any child worried about peer pressure or online worries can contact Childline on 0800 1111.

She explained: "We would hear about scary Germanic nursery rhymes when we were younger, like Struwwelpeter who would have long fingers coming through the floorboards.

"But this is much worse as you are seeing it – it's hard to get that picture out of your mind."

She advised kids to close down any programme where Momo appeared.

Charity Kidscape has said that social media companies are "not doing enough" to protect children from harmful or distressing content such as Momo.

A YouTube spokesman said: "YouTube’s Community Guidelines prohibit content that's intended to encourage dangerous activities that have an inherent risk of physical harm or death. We remove flagged videos that violate our policies."

An Instagram spokespman said: "Nothing is more important to us than the safety of the people who use Instagram. Content or accounts that encourage others to harm themselves are not allowed and we will remove them as soon as we are made aware.

"We encourage anyone who comes across anything like this to report it and we have a team working 24/7 who prioritise reports related to self-harm.”

If you are affected by any of the issues raised in this article, the Samaritans can be contacted free on 116 123