The small machines weigh 22lb and are programmed to track anomalies such as gatherings and stream footage to the police.

The three-and-a-half-month trial, over an industrial estate in the west of the city, is the first time automated commercial drones have been approved to fly over a major metropolis, according to Airobotics. 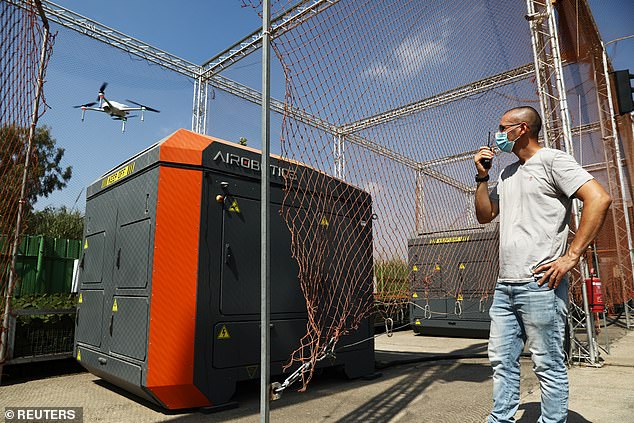 An employee of Airobotics, an Israeli company which says it has developed two pilotless drones that are being trialled by Singapore’s police to help enforce social distancing measures, looks on during a demonstration for Reuters at their offices in Petah Tikva, Israel on Tuesday 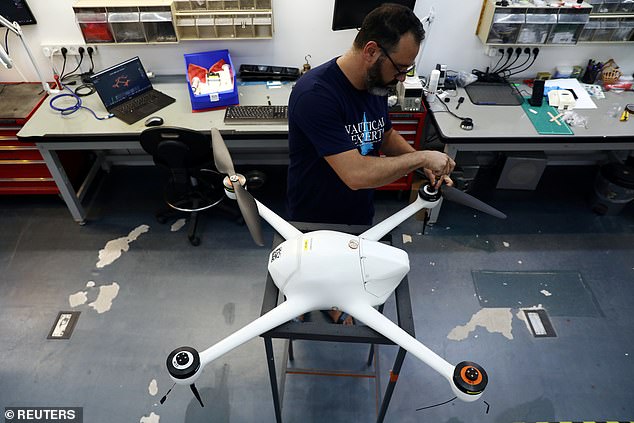 An Airobotics employee works on one of the drones at their offices in Israel. The drones are currently being used to enforce social-distancing measures by Singapore police 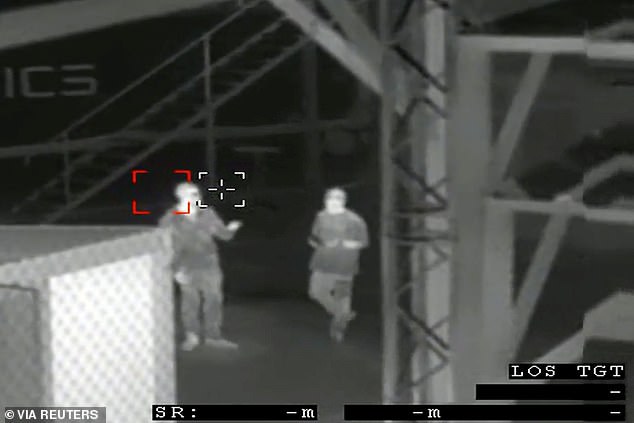 ‘Specifically for COVID, what we are doing is helping them maintain normal operations,’ CEO Ran Krauss told Reuters. ‘The pandemic created a situation where it might be difficult for police to maintain operations.’

They can pinpoint locations and zoom into areas that might not be visible to police officers on foot or in vehicles, Senior Engineer Low Hsien Meng from HTX’s Robotics, Automation & Unmanned Systems Centre, said. 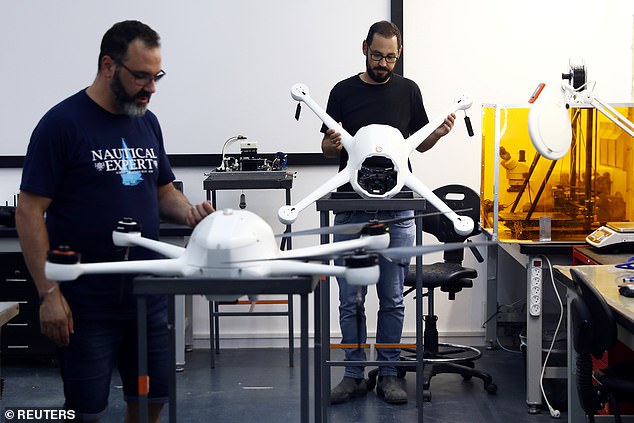 The small machines weigh 22lb and are programmed to track anomalies such as gatherings and stream footage to the police. Pictured: Inside the workshop of the Airobotics offices on Tuesday

Airobotics, which has raised $120 million in funding, said it had invested some $100 million to develop the drones. It was leasing them to HTX and also for business and industrial use in Israel and the United States, it said.

Airobotics and HTX have begun the next, year-long stage of the project to explore further capabilities, including using the drones to deliver defibrillators where needed, the company said.

Airobotics said the social distancing aspect of the trial was still ongoing. HTX did not immediately respond to a request for further comment.

Krauss said Airobotics is in talks with other cities to deploy the drones.