“Motherhood was much more difficult than I anticipated because I hadn’t heard the truth and I think not enough people speak about it,” Paloma said. “Obviously everyone’s experience is different and I have met mums who sailed through it but I didn’t. I was really shell-shocked.” 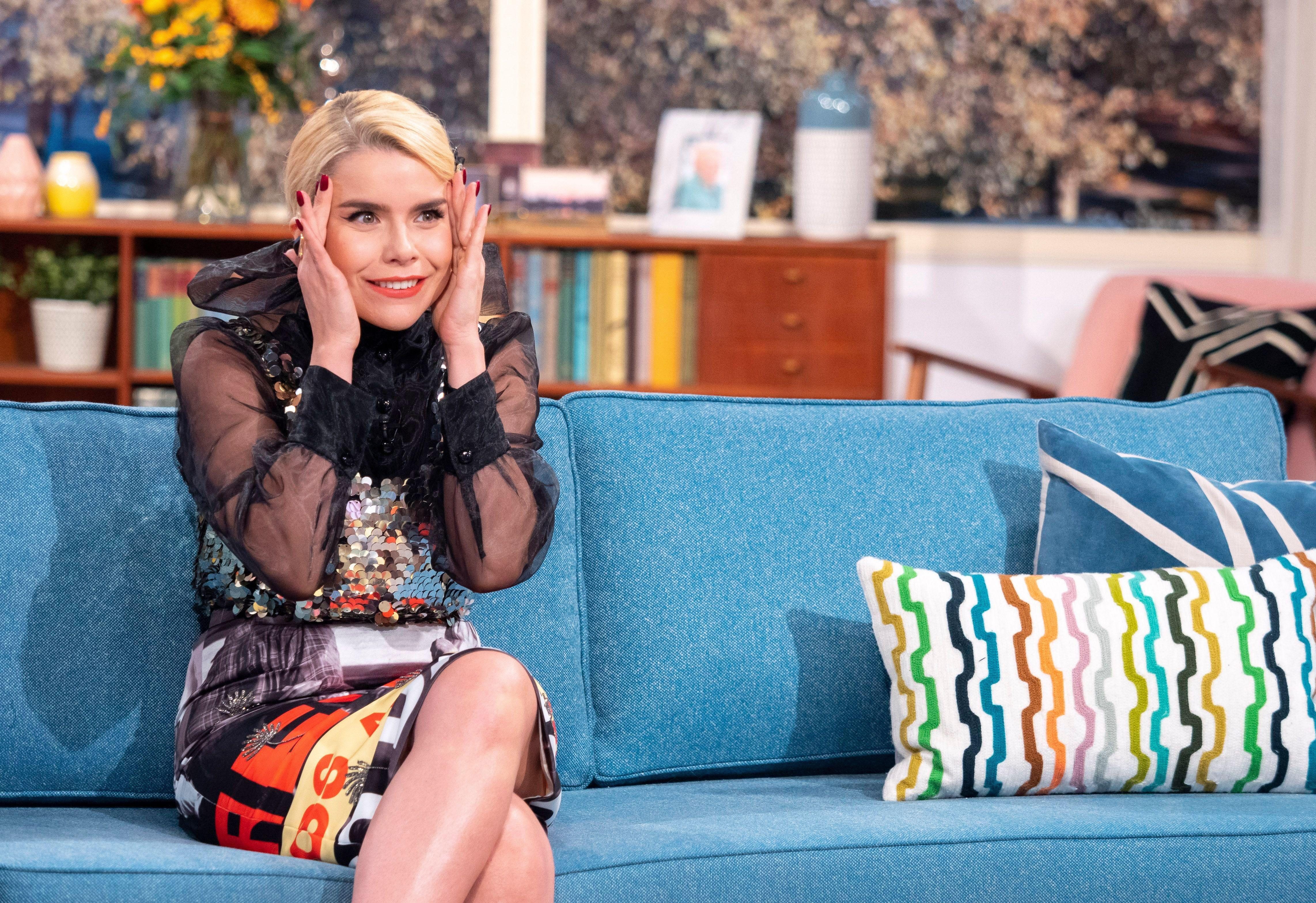 It seems like such a simple admission. But the reality is that with most celebrities, from the Kardashians to the Beckhams, projecting an unfeasibly perfect image of parenthood as part of their brand, many expectant mums think a new baby is going to be a walk in the park.

The reality for most of us really couldn’t be further from the truth.

Paloma also talked about the difficulty of balancing being a new mother with having a career.

“I found it very difficult, the pull between wanting to be the greatest mother ever but also trying to sustain an inherently selfish career,” she said. 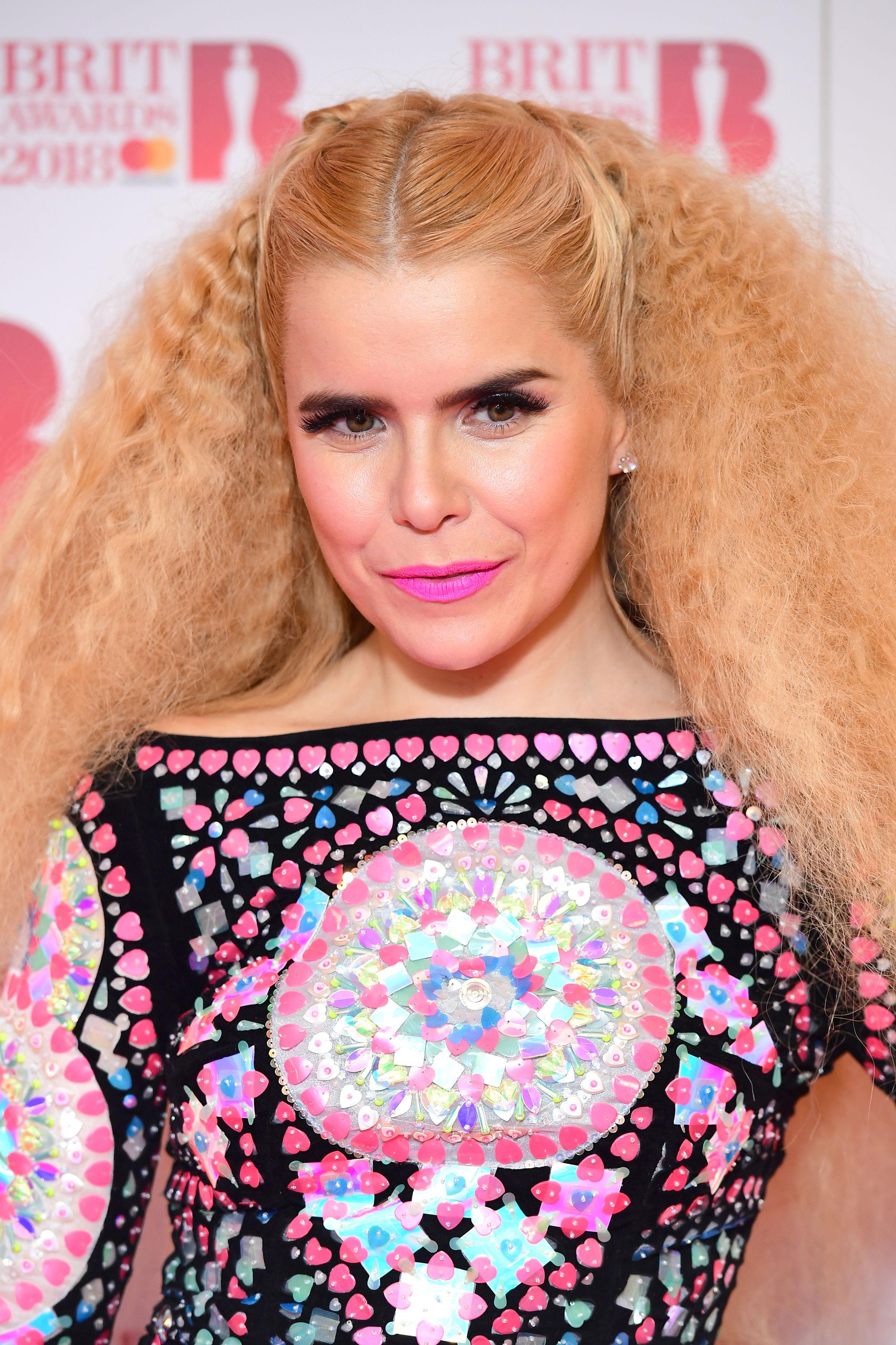 The transition from being a woman with a career and all the time in the world to a mother wanting to continue working is no easy feat.

There’s a period of adjustment and, often, the road is rocky. So here’s the reality, for what it’s worth.

In my experience, EVERY woman who is a parent finds motherhood hard at some point or ­another, but especially at the beginning. And the women who seem to be sailing through it are often putting on a brave face, partly because they feel under pressure to do so.

Often, people’s public portrayal of their life, including motherhood, is heavily edited, airbrushed and ­censored. 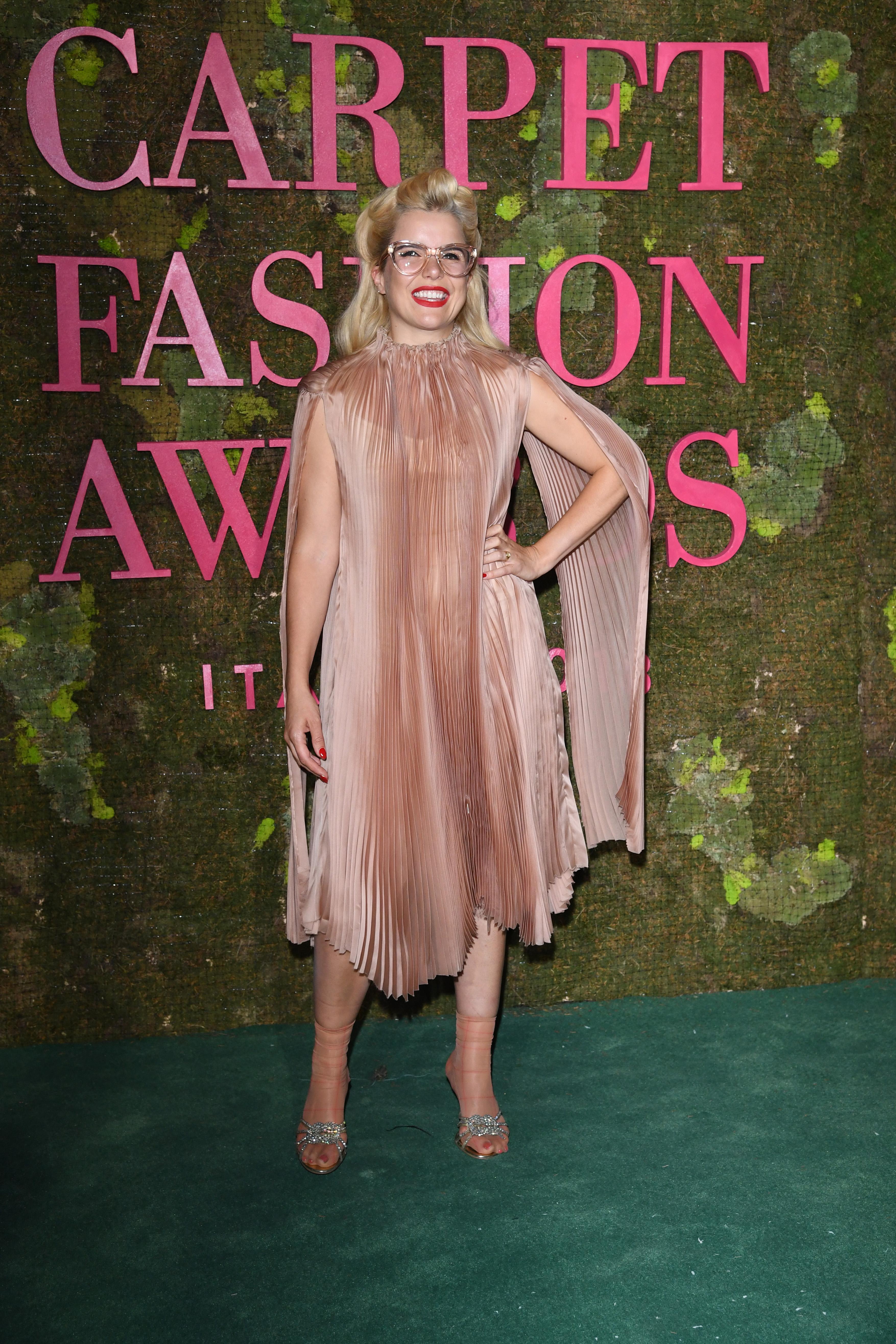 The pressure on women for everything, including motherhood, to be “perfect” is clear.

And, if that isn’t your experience, with everyone else seemingly acing it, the pressure is on to pretend that it is.

The vicious cycle is born. So it’s brave of Paloma to talk about her experience out loud.

Given that every mum in the history of the universe has felt this way about motherhood at one time or another, we should be more honest about admitting it to be true. Modern pressures are making it so difficult I have to say I’m so glad I’m not raising a child today.
When mine were small I took them to the zoo, we painted pots, and there was only video and cinema for entertainment.

The internet had still not been invented. The Twitter and Instagram inventors had probably not even been born.

When I was growing up the only “influencers” in my life were my mum and dad. 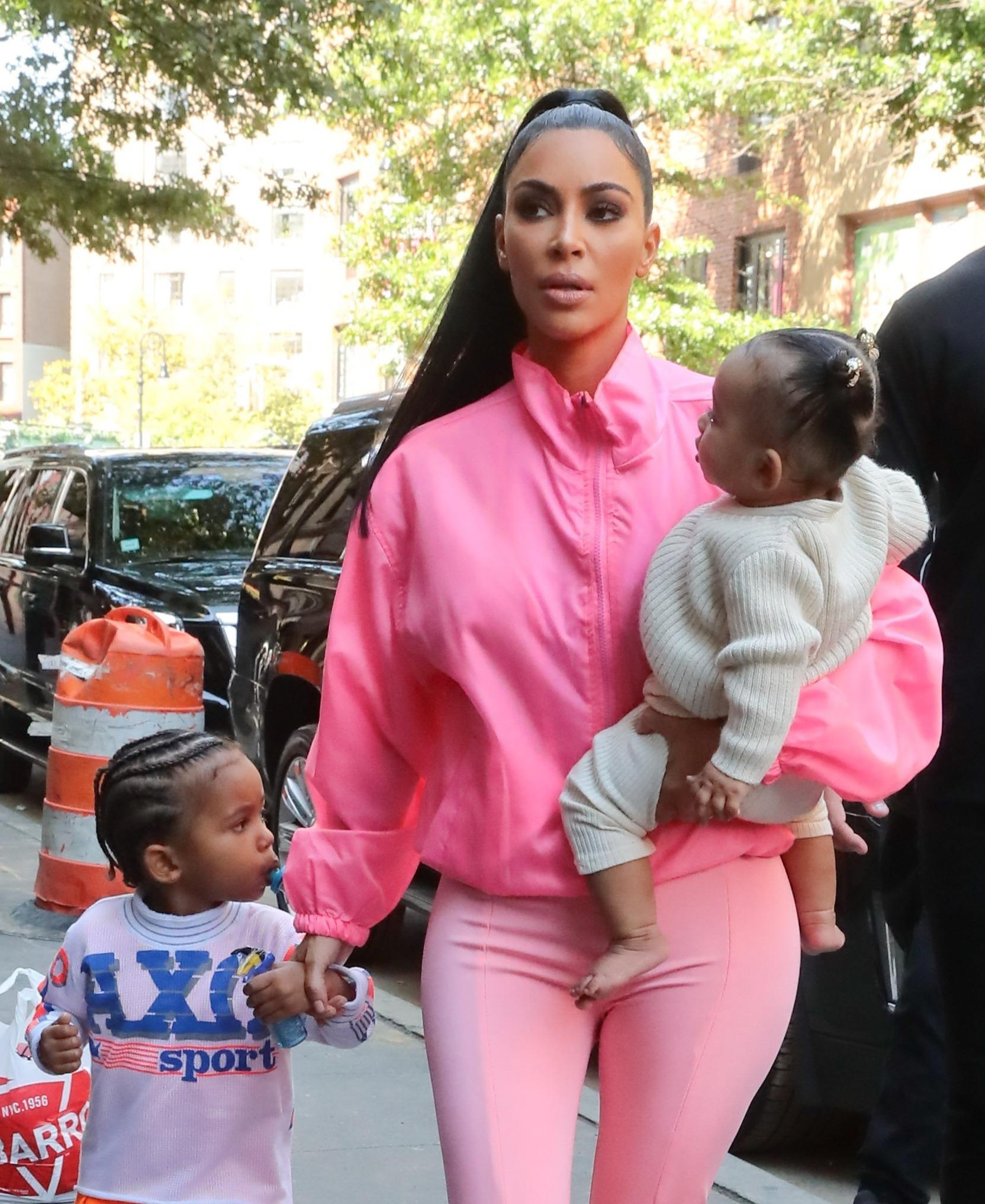 We ate as a family every night and there were three channels on the TV that all stopped airing by midnight. You had to make your own entertainment.

Nowadays you can’t move for influencers on YouTube, Instagram and Twitter telling your kids how they should look or feel — and ­promoting lifestyles that are simply unattainable.

No wonder there has been such a dramatic rise in young people self-harming and taking anti- depressants. Too many influencers, who are hashtag “blessed”, don’t talk about the difficult stuff.
And it isn’t surprising so many women feel inadequate as mothers when they are constantly faced with this image of perfection. 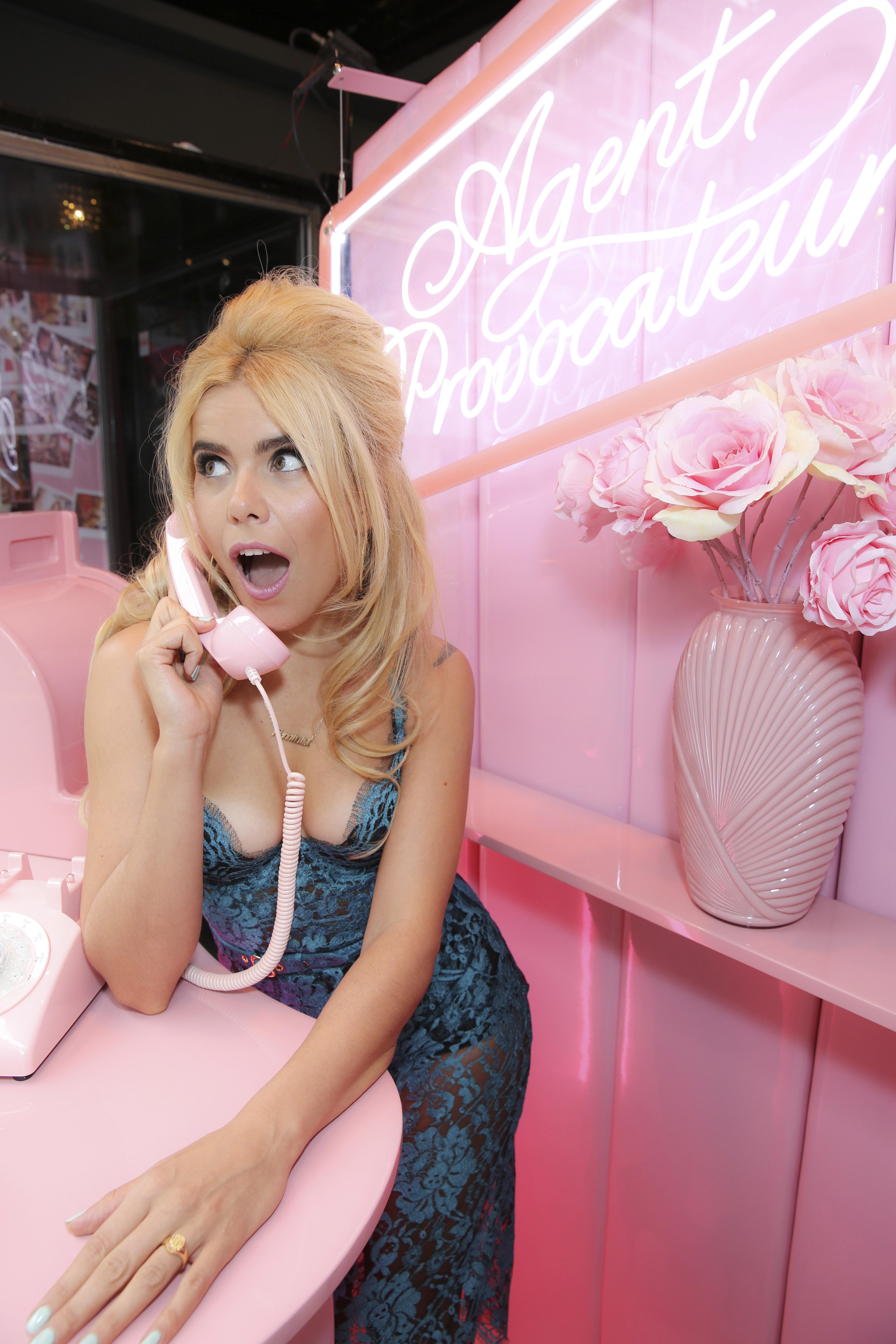 Paloma, by the way, is raising her child as “gender neutral” — a ­decision that seems to be another indication of the pressures that ­people are under to do the right thing by their children.

Too much choice and too much pressure to do the right thing and be the perfect parent can lead to paranoia.

The best advice I could give a parent now that my own two are 22 and 20 is to find your own path.

Don’t look too hard at what everyone else is doing.

Don’t compare yourself to any other mothers, especially not celebrities with a team of personal trainers and chefs, and who snap back into shape two weeks after giving birth. 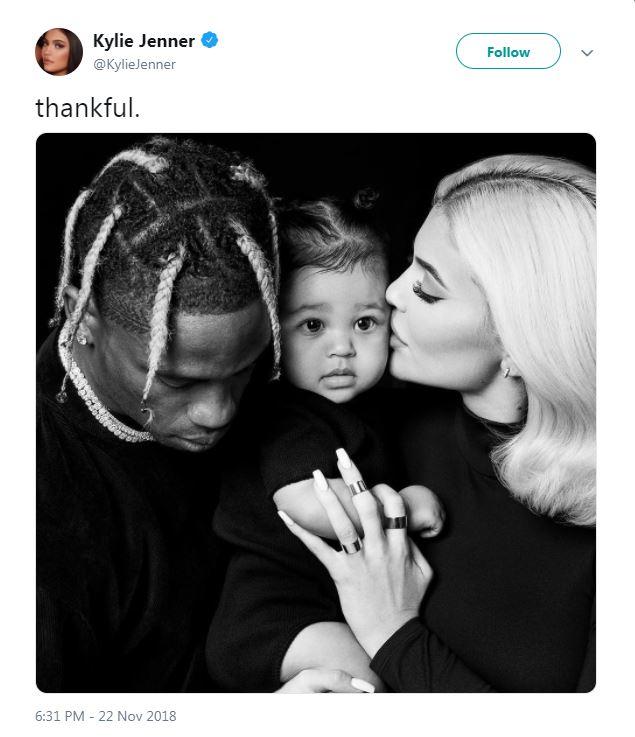 Instead of aiming for perfect, just try to do your best.

Listen, understand and give your child the one thing that really does matter: Self-esteem.

Talk to other women, and be honest, even if you are finding it hard. Because it IS bloody hard.

So good for Paloma for being honest and fighting the tide of propaganda about motherhood.

Because being honest makes it easier for other women who might be struggling.

ISN’T it incredible to think that a hundred years ago, on November 21, 1918, women were allowed to stand for parliament in the UK for the very first time?

Fast forward to the 2017 General Election when 208 female MPs were elected. 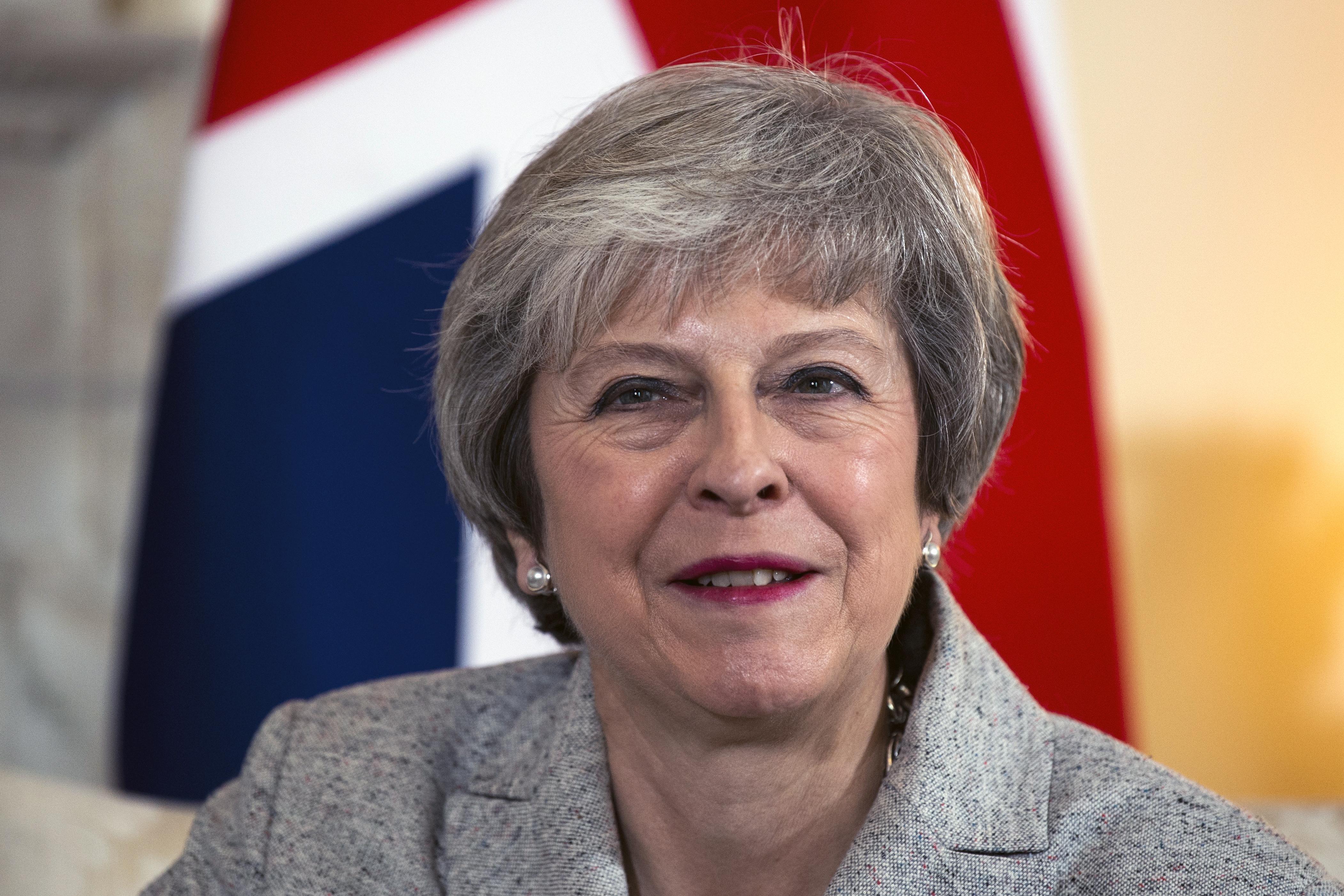 I know I am biased, but women are such a brilliant parliamentary asset.

Look at all the things they bring to the table and to the conversation.

Women are great listeners, good mediators, brilliant diplomats and inspiring promoters of family and equal rights. Oh, and we are resilient.

Just look at Theresa May who, at a time when most men would be hiding under the duvet and emitting a high-pitched wailing noise, is rising to the unbelievable challenges being thrown at her by the Brexit process – and enjoying beans on toast with her husband Philip in the evening.

Compare her to a politician such as Jacob Rees-Mogg who is doing everything he possibly can to promote himself and his political ambitions – rather than focusing on what the country needs.

The PM is the living embodiment of resilience – a tough old bird indeed.

She claimed she had been to her school in Greece for six years. It was then discovered she only spent five years there.
Talk about the punishment not fitting the crime. You wonder what’s going wrong in the world where the judges and politicians are the only ones who can’t see it. Clearly, they all need a reality check.

Listen to Dolly for happy life

ANYONE in a long-term marriage should take note of Dolly Parton’s insights on what makes her 52-year union work.

“When people ask me what’s the key to my long marriage and lasting love, I always say, ‘Stay gone’,” the singer, reveals. “I travel a lot, but we really enjoy each other when we’re together and the little things we do.” 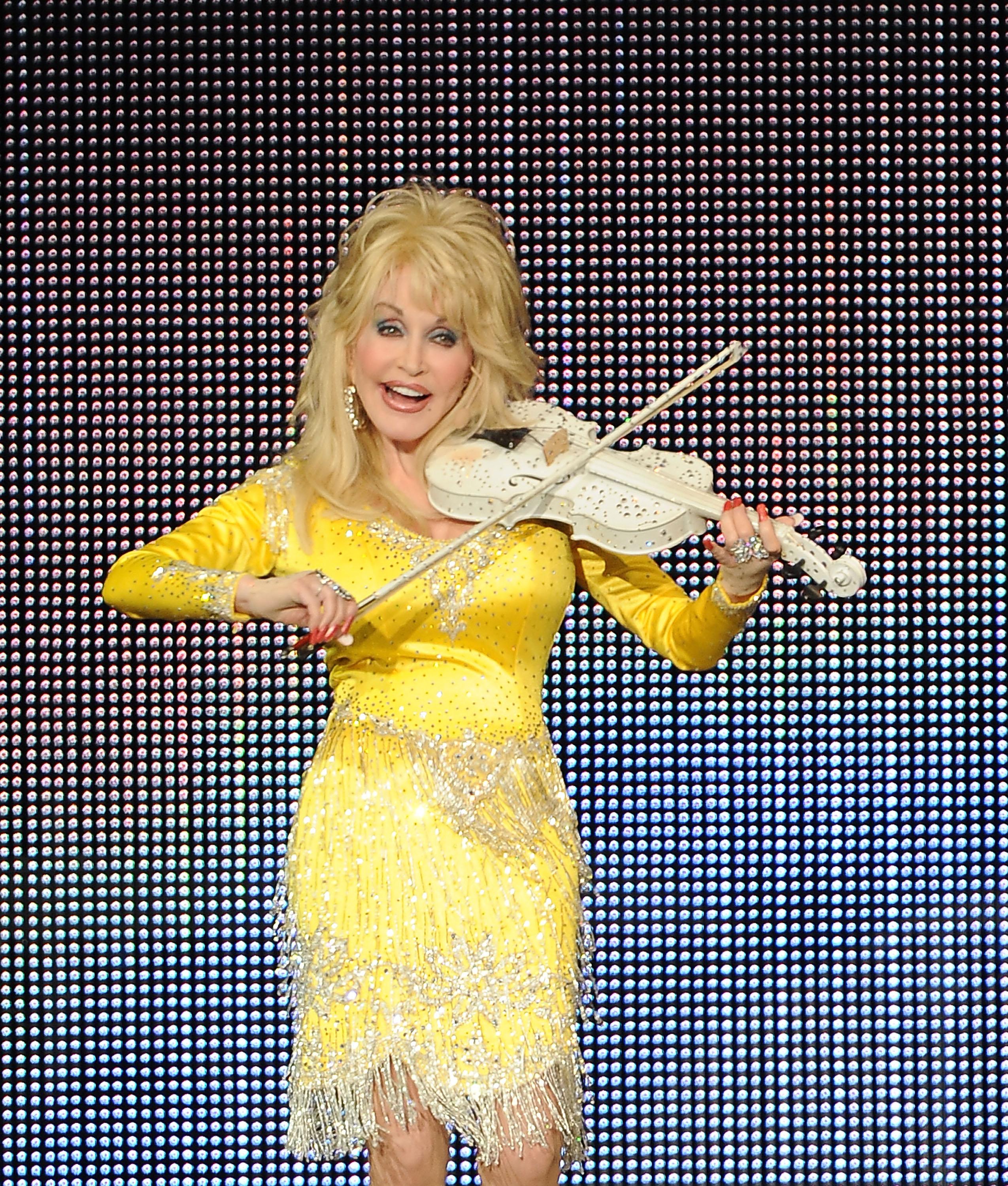 Her husband Carl doesn’t like to appear in public or walk the red carpet – so she leaves him at home.

Instead of glamorous date nights, they take trips in a “little camper”, go on picnics and eat at local restaurants, including a drive-thru McDonald’s.

But even if they are having a quiet night in, she says she always makes sure she is “fixed up for him because I don’t believe in going home and being a slouch”.

You’ve got to love Dolly. 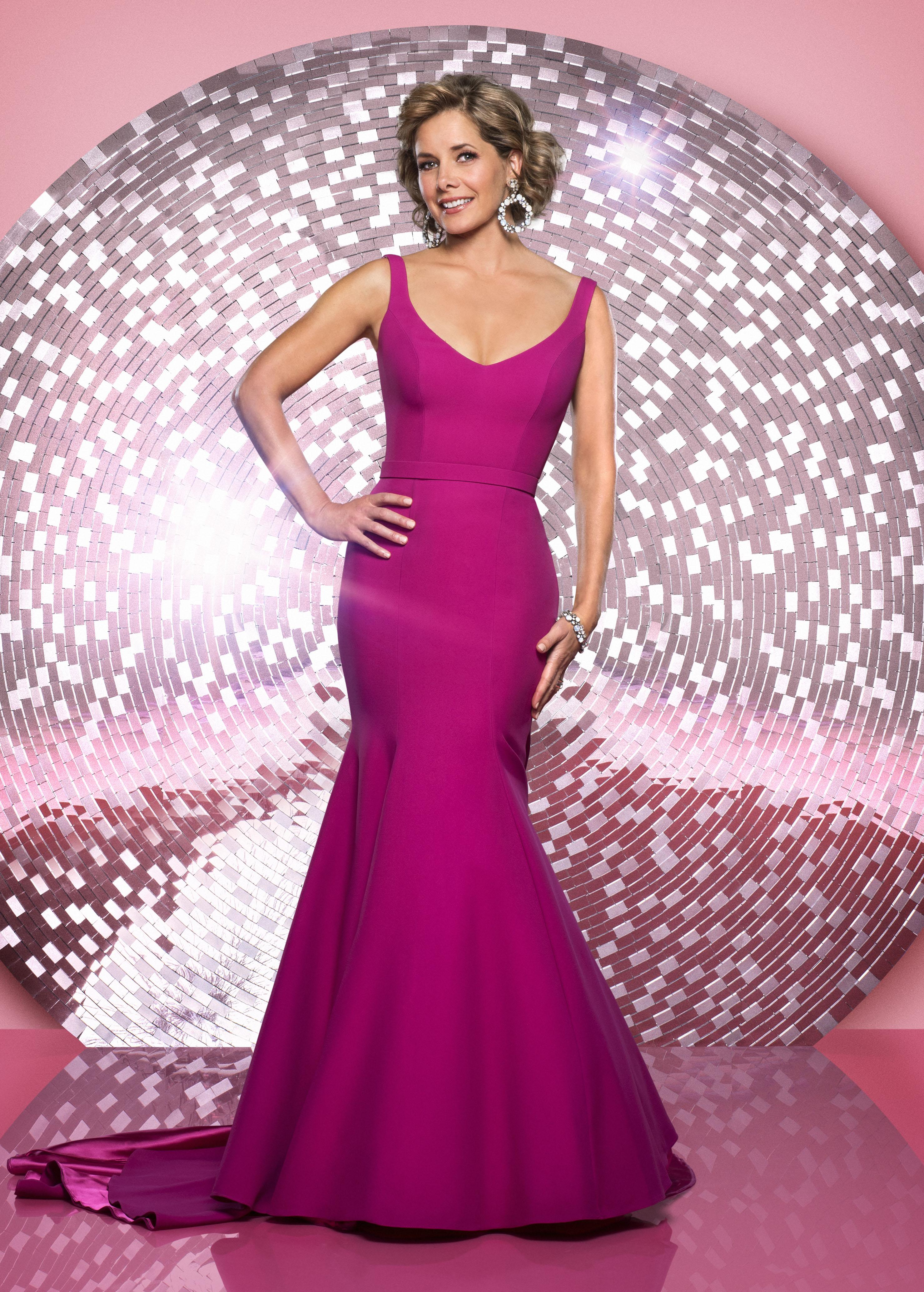 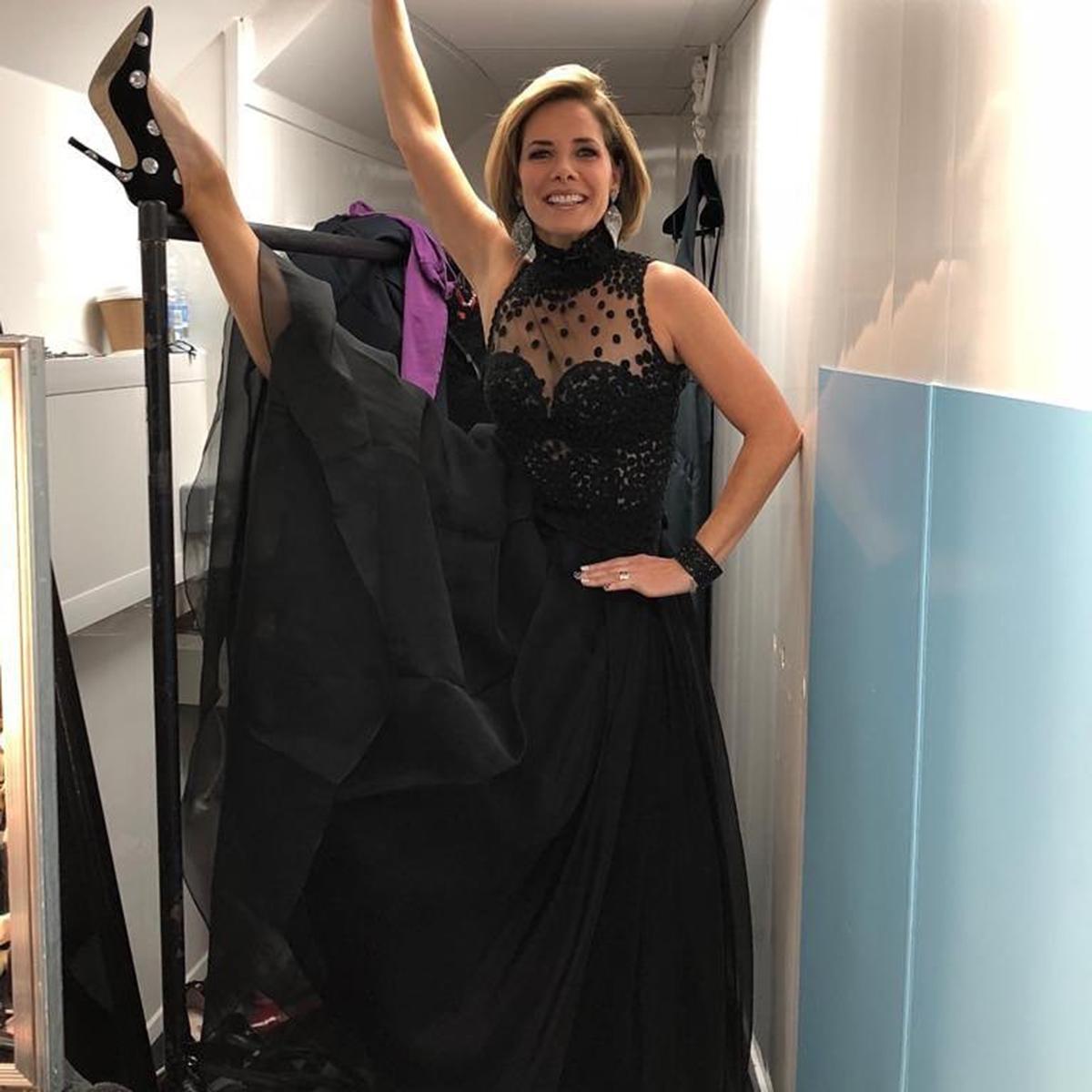 NOT many people can ooze class, charm and elegance with their leg raised higher than their head – at the age of 49.

But if there’s one woman who can, it’s the glorious Darcey Bussell, who must be one of the nicest, and classiest, women in showbiz today.

A new PricewaterhouseCoopers survey on what millennials want from a work position revealed “a good cafe” is the fourth most important thing, extended time off sixth and flexible working first.
All I can say to that is, oh, how times have changed.

Goldman was one of the first corporate firms to introduce “lactation rooms” for women to express milk and it also runs free prenatal fitness classes at its office gym. 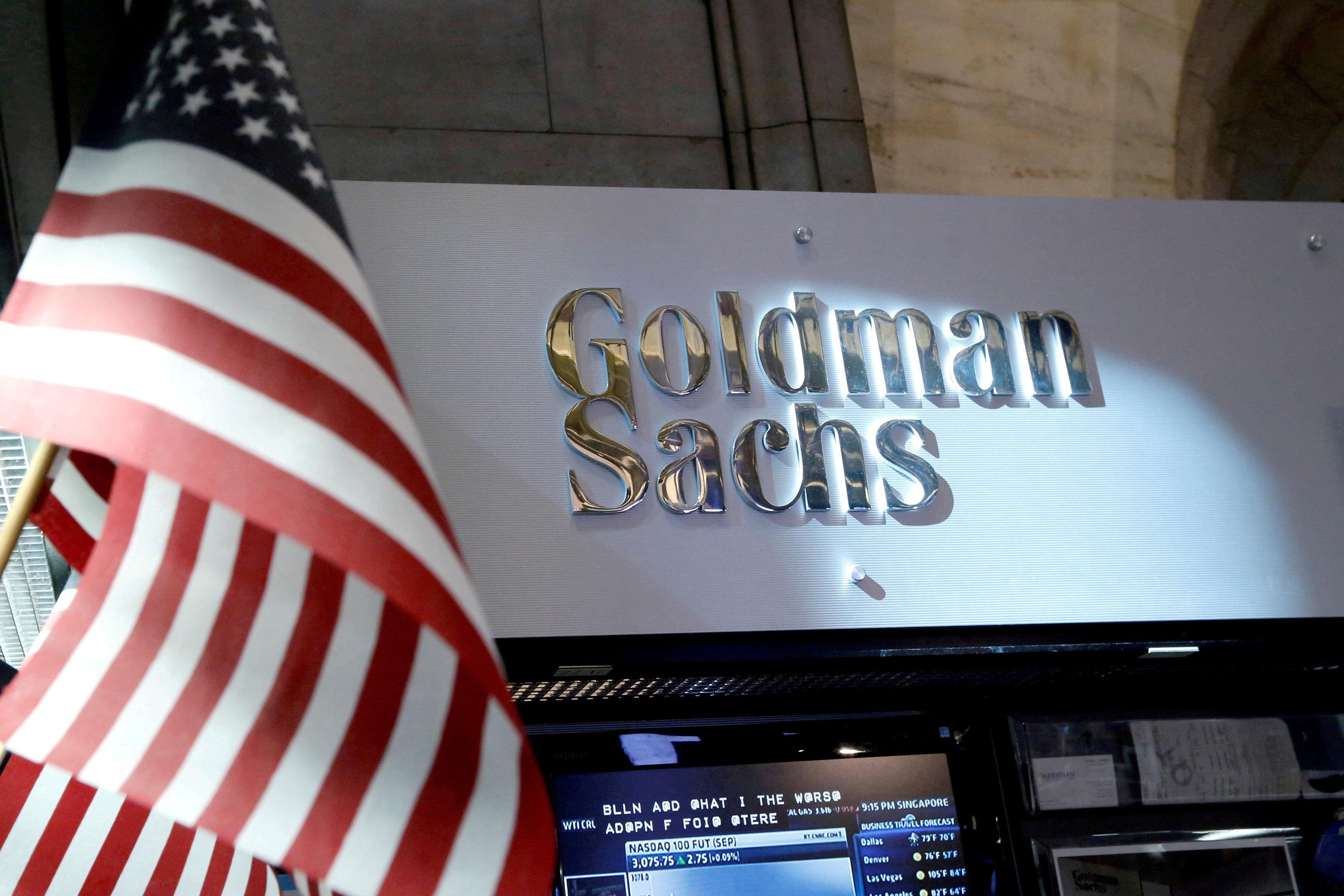 It also has on-site day care where employees’ children are cared for 20 days per year for free.

All of which is great – and let’s hope more companies follow suit for new parents.

Mind you, it’s not like the need for childcare ever really stops – I still need an emergency nanny occasionally when my 22-year-old daughter loses her keys or my 20-year-old son locks himself out.