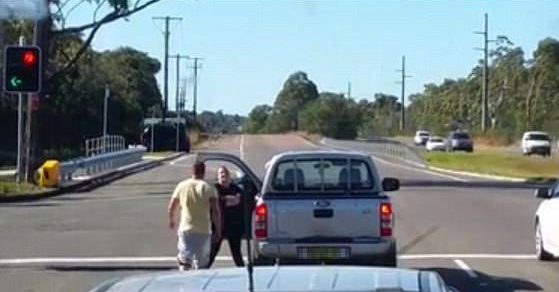 But she was slapped with a 360 hour community service sentence after admitting throwing nails and a chisel at his brand new motor.

She was also fined $500 for leaning out of the her friend's moving car to throw the nails.

Footage from last year shows Pollard stepping out of his car and punching her directly in the face, before calmly walking back to his vehicle.

Bianca quickly recovered from the punch and stepped back into the car before it reverses towards Pollard. 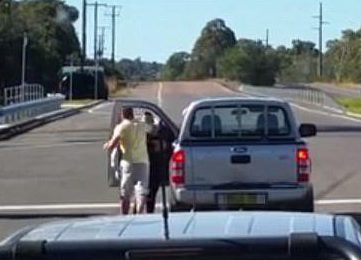 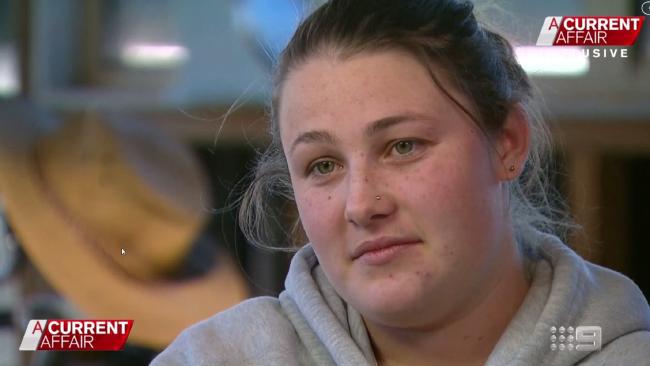 Bianca said her friend Taylor, who was driving, had a baby in the car when the assault happened.

Sams' friend Taylor Bembridge, who was driving, had a baby in the car when the assault happened.

But Taylor was handed a five-munch license suspension after pleading guilty to reckless driving by trying to reverse into Pollard.

Bembridge later bragged about the assault on social media.

Pollard plead guilty to assault in Wyong Local Court last march, where he was given a three-year good behaviour bond and fined $900.