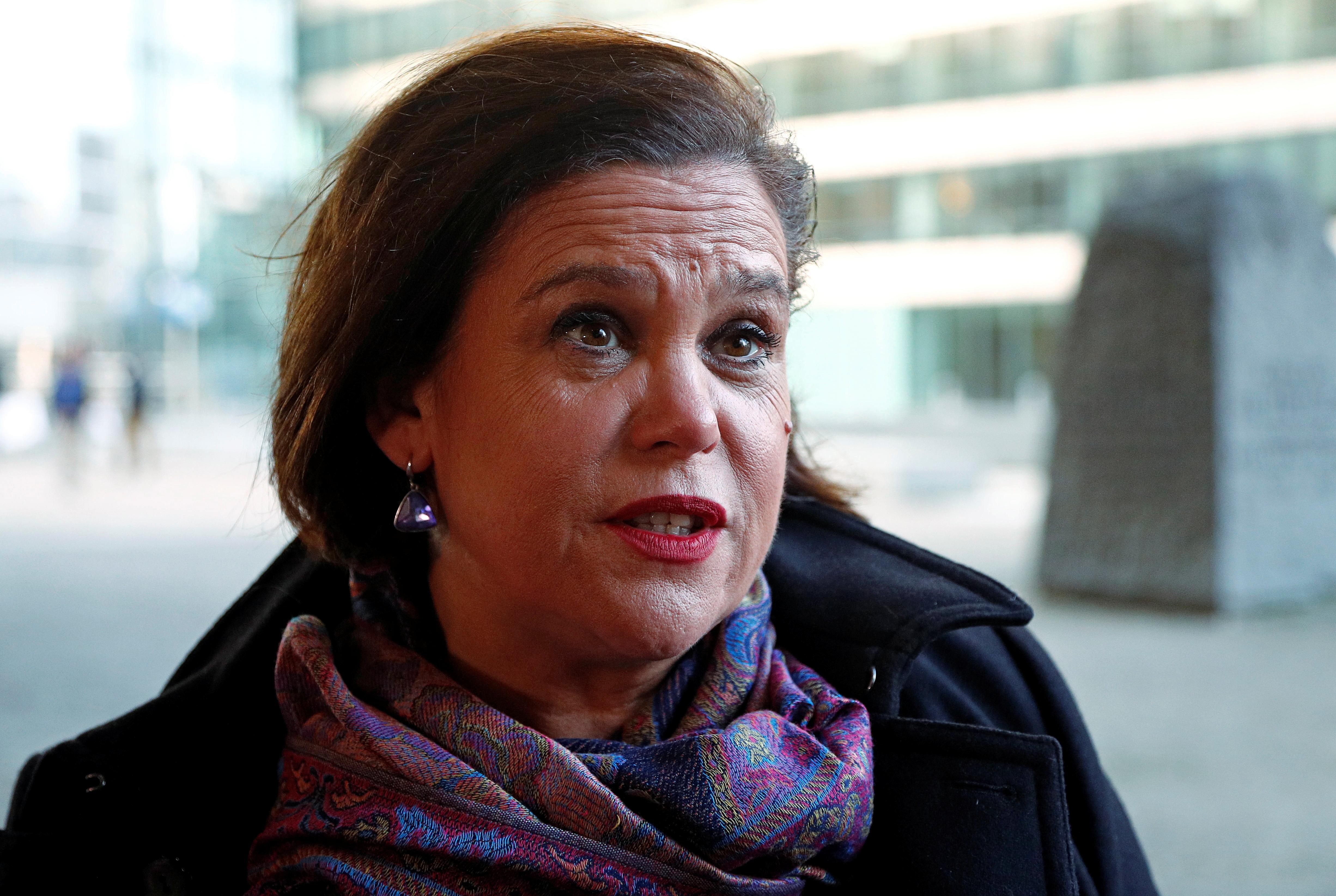 LONDON (Reuters) – Sinn Fein President Mary Lou McDonald said on Tuesday a reported proposal from Britain to set up “customs clearance centers” on both sides of the Irish border was absolutely not acceptable as it represented a hardening of the frontier.

Irish national broadcaster RTE has reported that Britain is proposing to set up such customs posts on each side of the border. Asked if this was acceptable to the Irish nationalist party, McDonald told BBC Radio: “Absolutely not.”

“What has been described … is essentially the reintroduction of a hard border on the island of Ireland. It goes against all of the commitments that have been entered into by the British government.

“Sometimes I wonder if we’ve been having a dialogue of the deaf.”

Britain, Electio, EU, SINNFEIN, Us
You may also like: