Disturbing video footage has emerged showing the leering tycoon kissing, stroking and tickling a young woman in her 20s as he clutches a bottle of champagne. 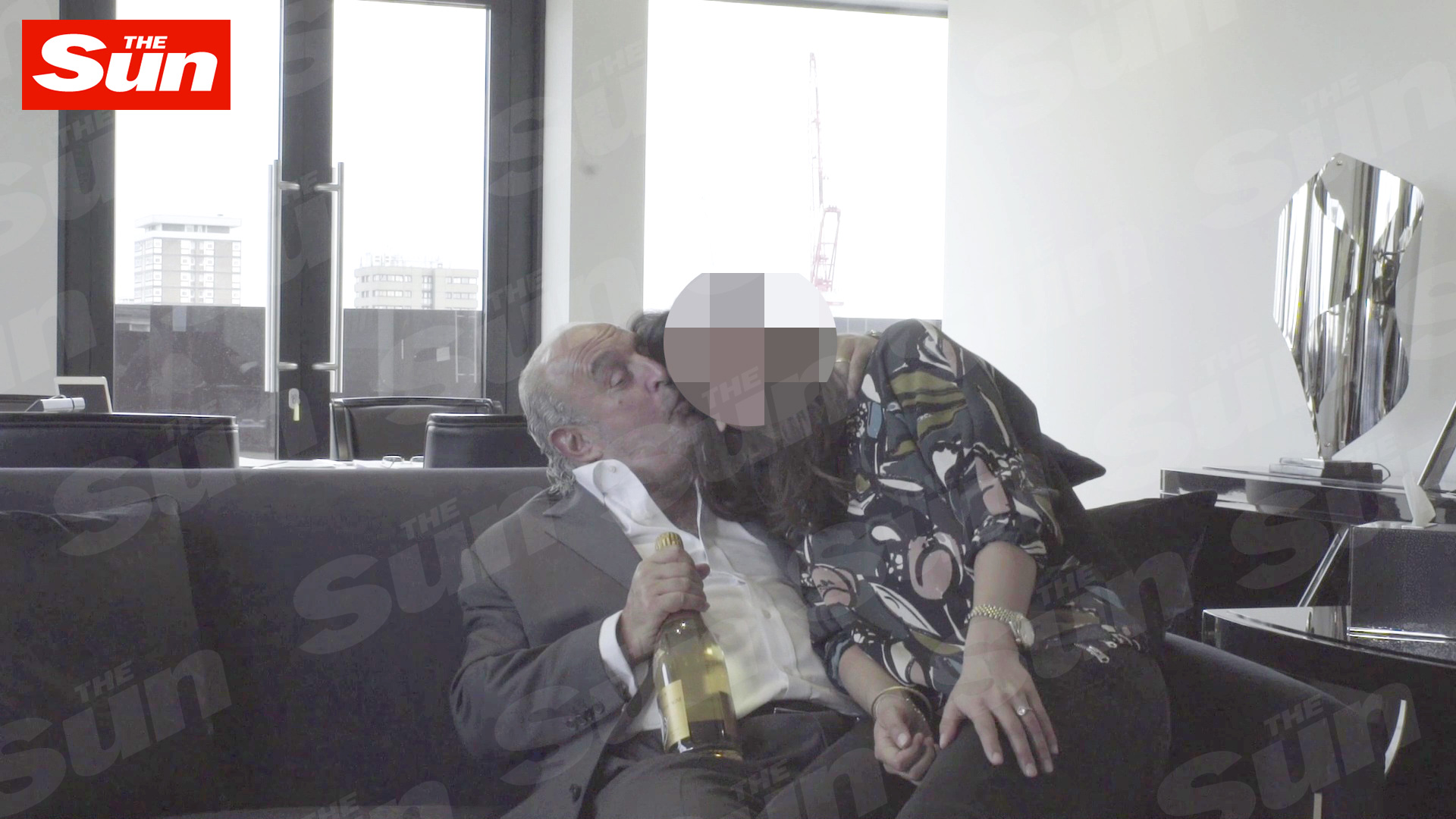 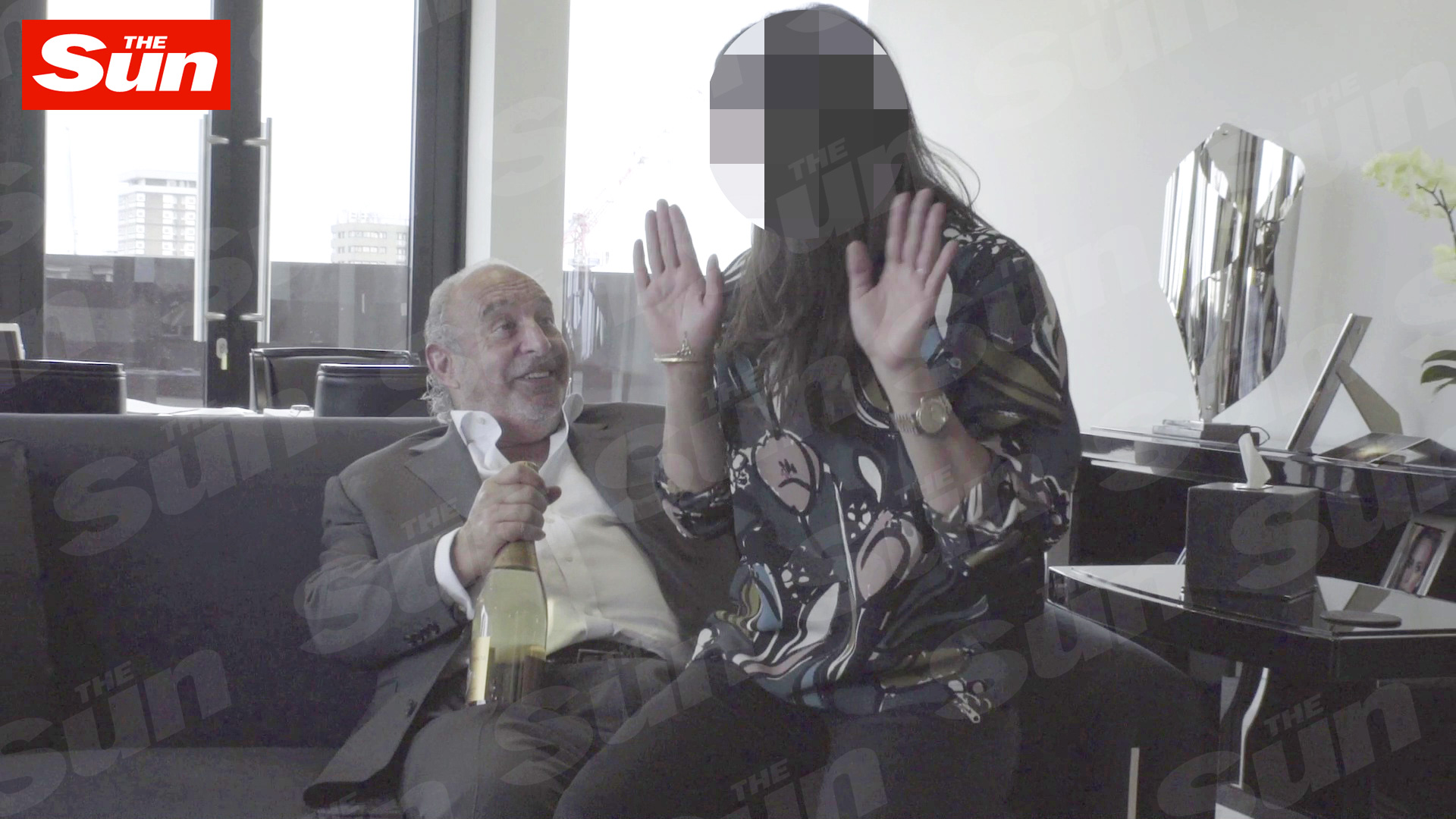 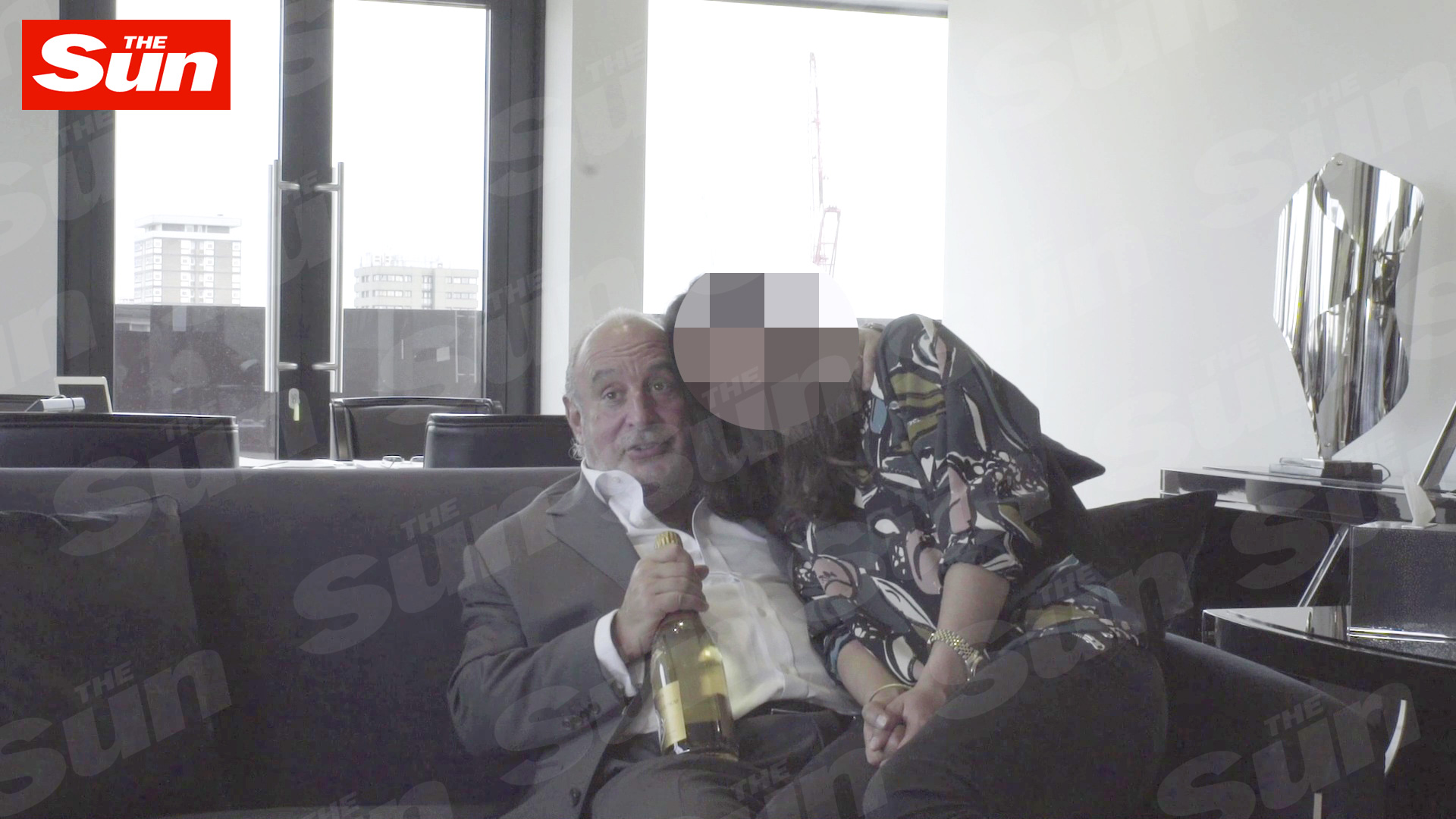 As he paws the worker, the Topshop billionaire repeatedly refers to her as “Naughty”.

A body language expert Darren Stanton said it was obvious the woman, in her 20s, felt “deeply uncomfortable” and at one point held her hands up — a sign she wanted him to stop.

The psychologist told the Sun Online: “It’s clear she wants to get away as fast as possible.”

"At the beginning of the film she puts her head in her hands with an expression close to disgust, like someone thinking, “What have I got myself into?”

"She repeatedly fidgets with her hands — a sign of discomfort and anxiety. When Green strokes her hair she signals discomfort by exposing the flats of her hands — a clear direction of saying No or Stop."

He added: "It’s also clear Green is having a good time. He regularly raises his eyebrows, a common signal of sexual attraction.

"When he kisses her he closes his eyes with delight. It’s a lustful facial gesture."

Green, who is 66 and a married dad of two, has been accused of using gagging clauses to silence sex harassment and racism claims by ex-staff.

In the video, obtained by the Sun Online, Sir Philip films his message to his ex-employee, saying:

"Well it looks like this is the final goodbye, how sad.

“We’re very upset that you’re leaving us but I think that somehow we’re going to manage. Naughty is now going to look after me instead of you.” 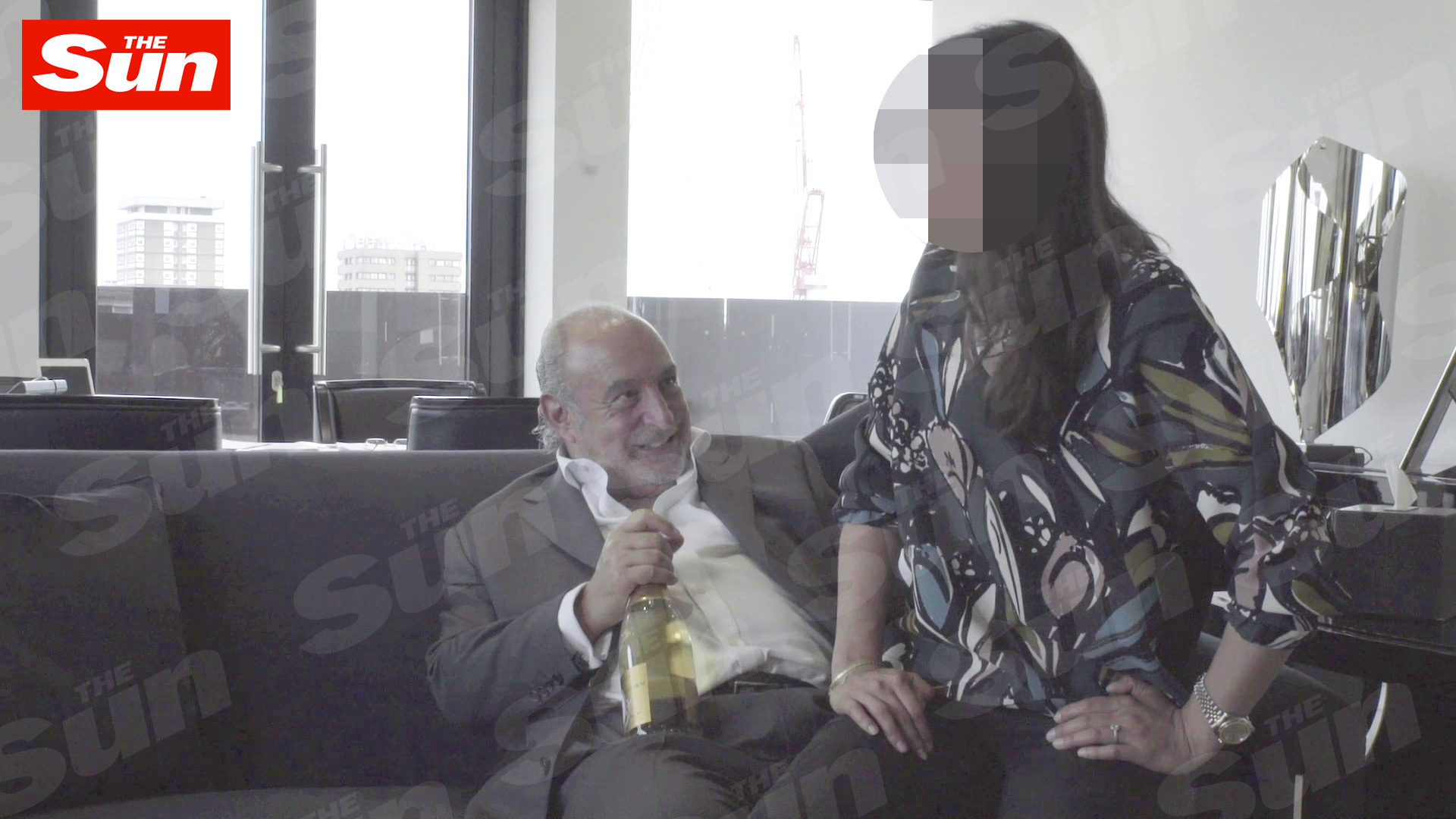 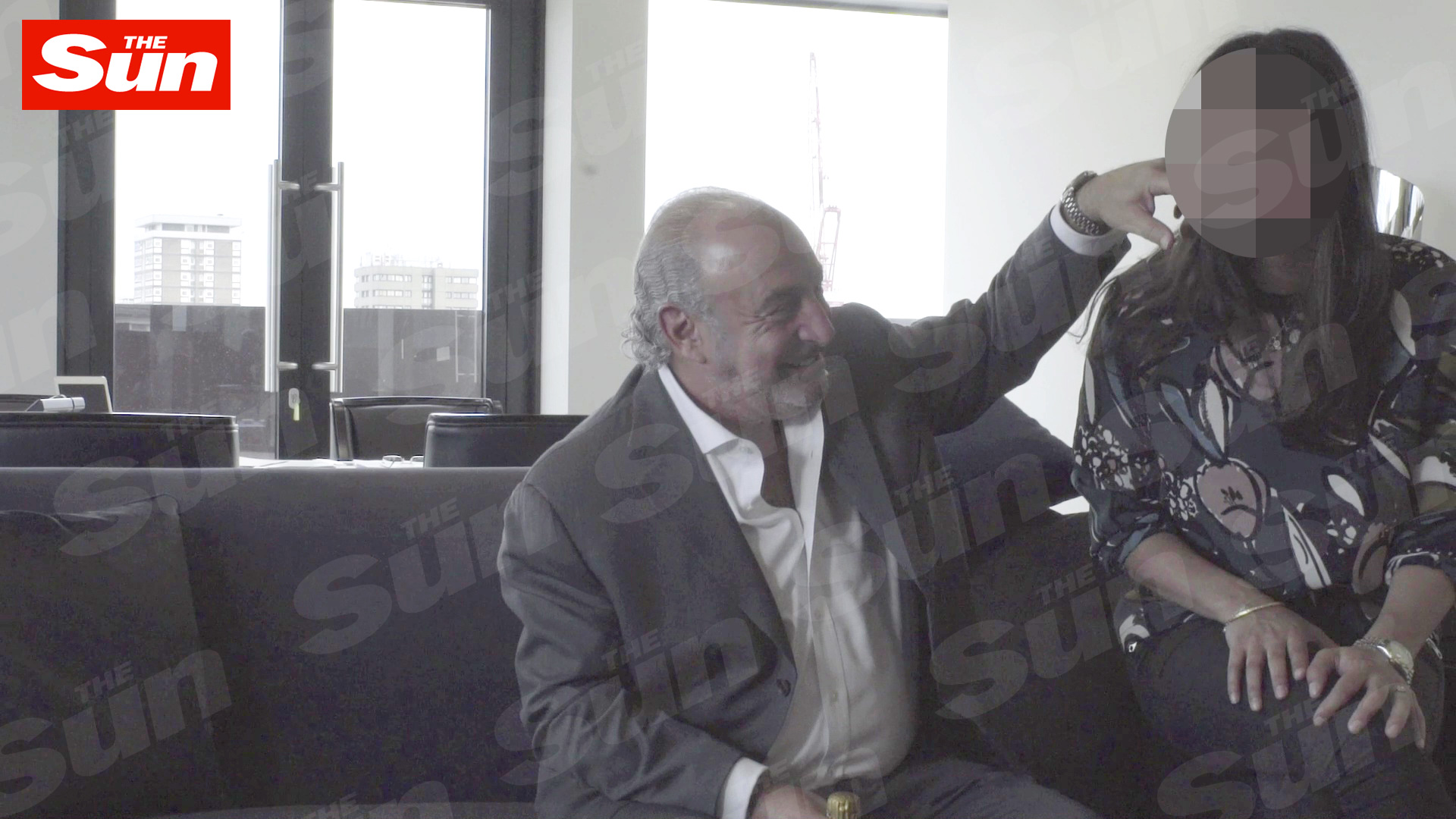 Sex harassment and racism allegations made against Green by ex-staff were revealed last month after he dropped a legal battle to stop the Daily Telegraph publishing them.

It was claimed he groped a senior executive and called her a 'naughty girl' before paying her off with more than £1million.

The woman alleged that Sir Philip kissed her face, slapped her bottom and made comments about her weight, that left her and others present feeling 'uncomfortable'.

A second woman received hundreds of thousands of pounds after complaining that the billionaire had sexually harassed her, including touching her face and body.

A third woman was also given a pay-off worth hundreds of thousands of pounds after alleging that Sir Philip had held her in a “headlock” in front of colleagues and sexually harassed her by touching her waist and body.

A fifth employee – a male executive – had complained about aggressive and intimidating behaviour after Sir Philip allegedly smashed his mobile phone after reprimanding him for not keeping him sufficiently informed.

Five complainants signed a gagging order – also known as a non-disclosure agreement – in return for pay-offs.

In America, police are also investigating a pilates teacher’s claims she was inappropriately touched by the tycoon at a ranch in Arizona.

Former US Topshop boss Auna Irvine, who was not involved in the Telegraph claims, has also accused Green of sexual harassment.

Sir Philip has always maintained  that his actions amounted to 'banter' and that none of his behaviour was  unlawful.

He then pulls the woman into his body, holding her around the neck and pushing their faces cheek-to-cheek before planting three kisses on her face. She quickly stands up and moves away, saying: “OK done.”

The cameraman then asks Green to record a clip alone.

But after the woman asks Green if he can manage on his own, he tells her: “I don’t know yet. You better stay.”

At the end of his second goodbye message he pulls the woman back towards him and into the shot.

He caresses her face and adds: “Keep in touch. But in the meanwhile I’ve got Naughty. Lucky me.”

As filming ends Green can be heard off camera saying: “Naughty, that was good fun.”

The footage was recorded in the executive board room of Green’s central London office.

It surfaced as Theresa May today announced her intention to change the law to stop bosses using non disclosure agreements to cover up allegations made by ex-employees.

She will say: “Sexual harassment and discrimination of any kind will not be tolerated in the home or workplace.”

The Topshop boss' lawyers deny his conduct towards employees was criminal, amounted to gross misconduct or a health risk.

Green has always maintained that his actions amounted to 'banter' and that none of his behaviour was unlawful. 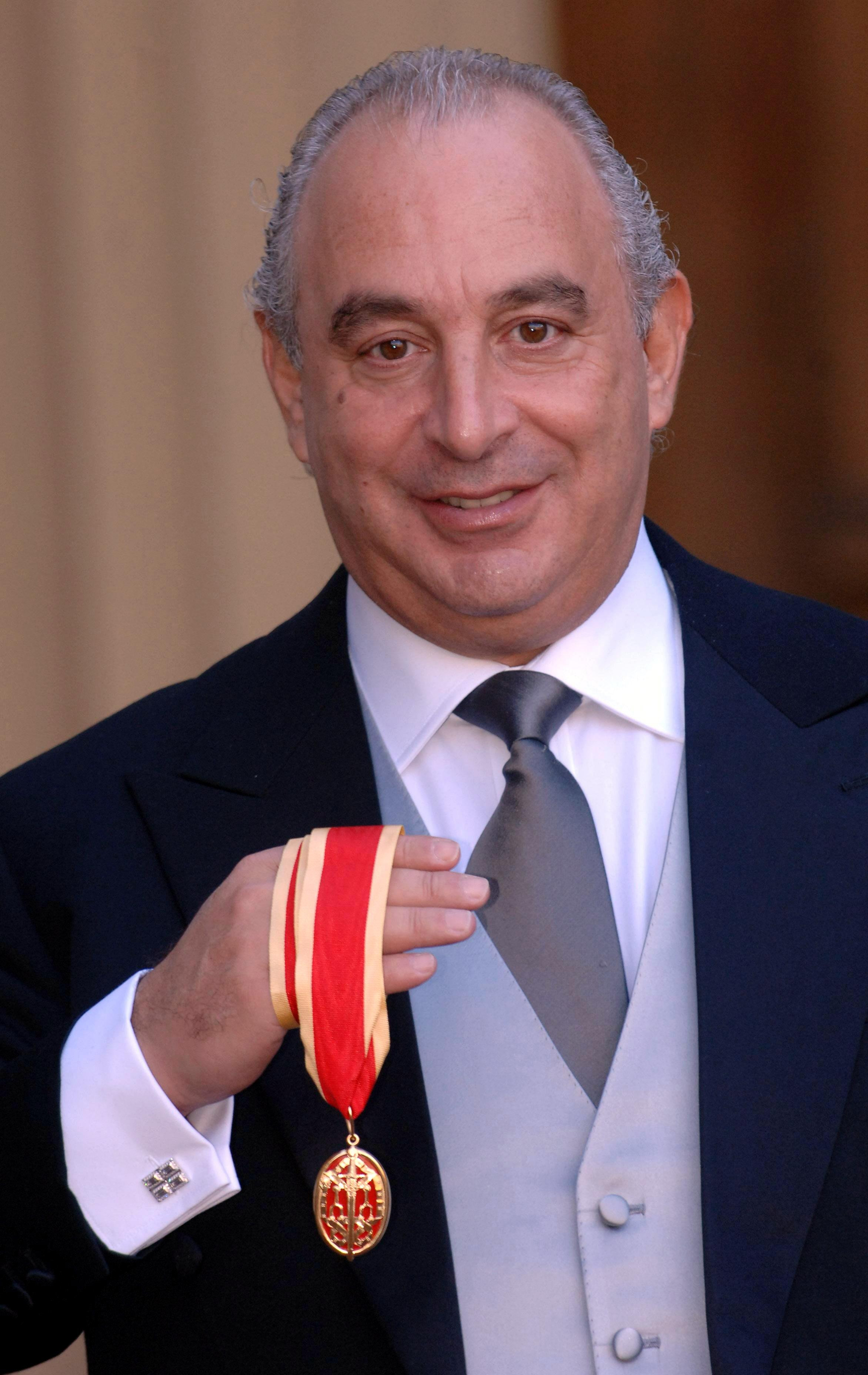 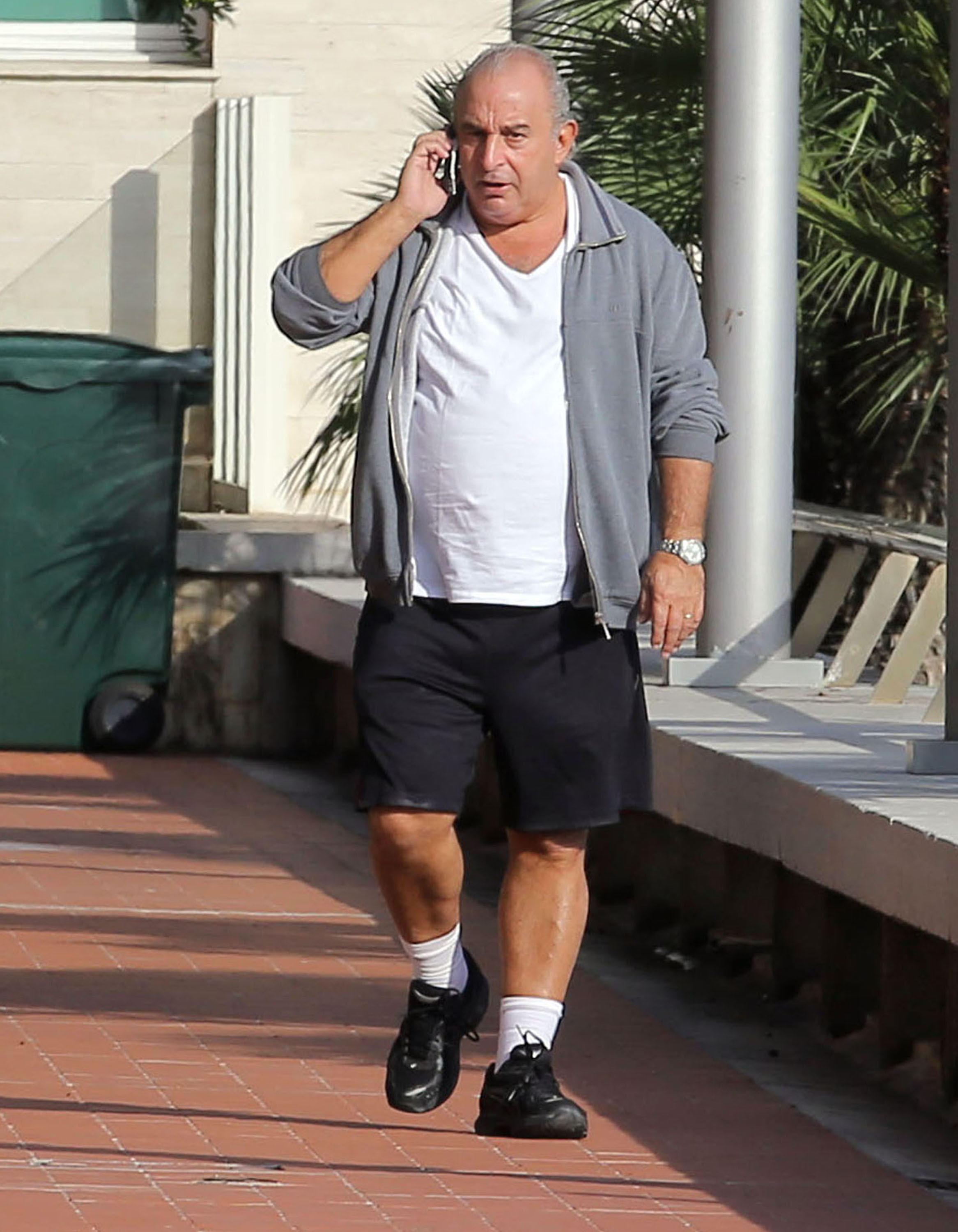 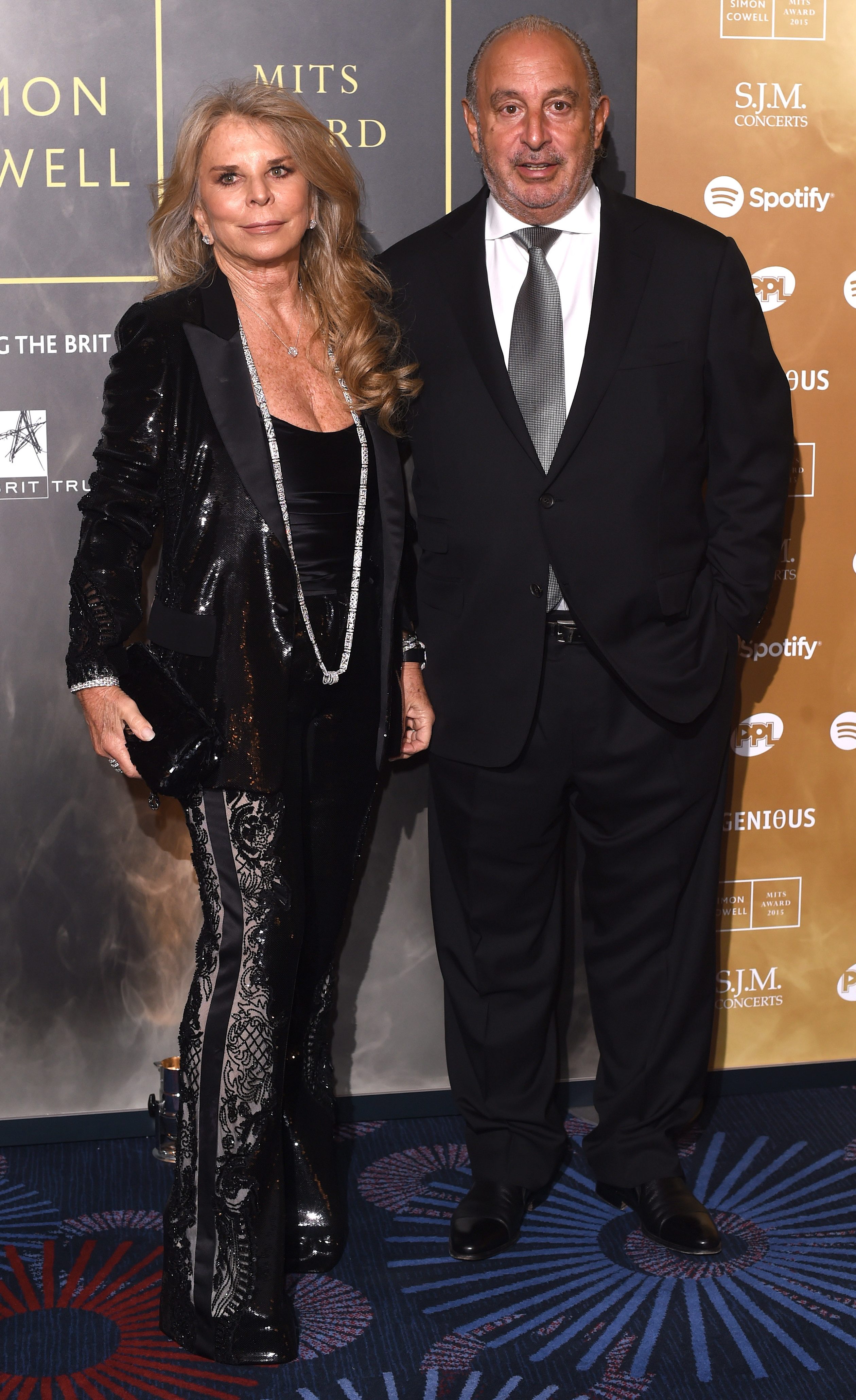