The Sun told yesterday how the brickies slipped into dresses, citing gender equality, to swerve the order. 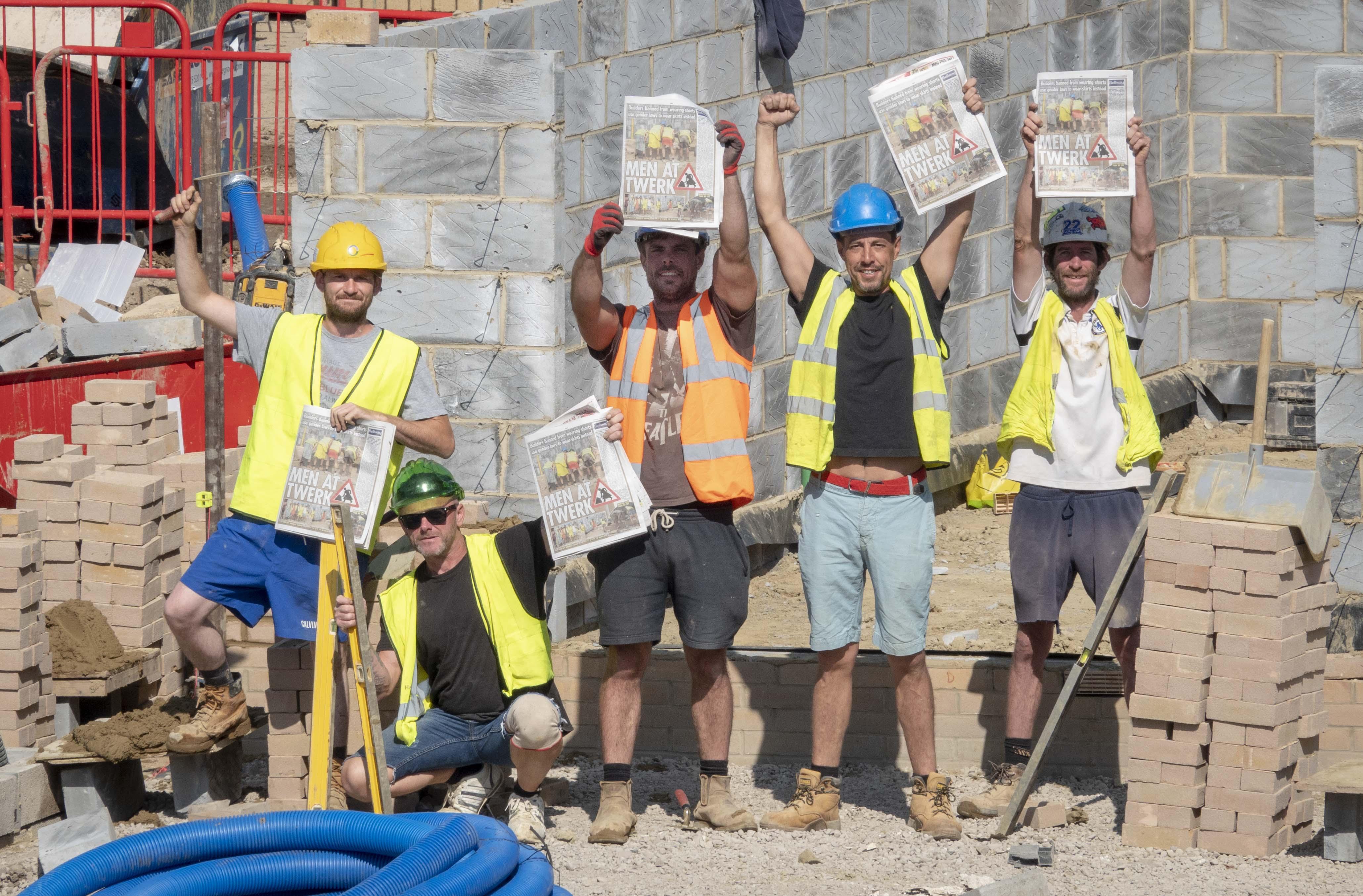 But on Tuesday evening Bellway Homes relented and allowed them to don shorts again in the sweltering 75 degree heat.

Simon Miles, 45, reading a copy of his favourite paper, said: "It looks like we embarrassed them into climbing down – we are celebrating victory. 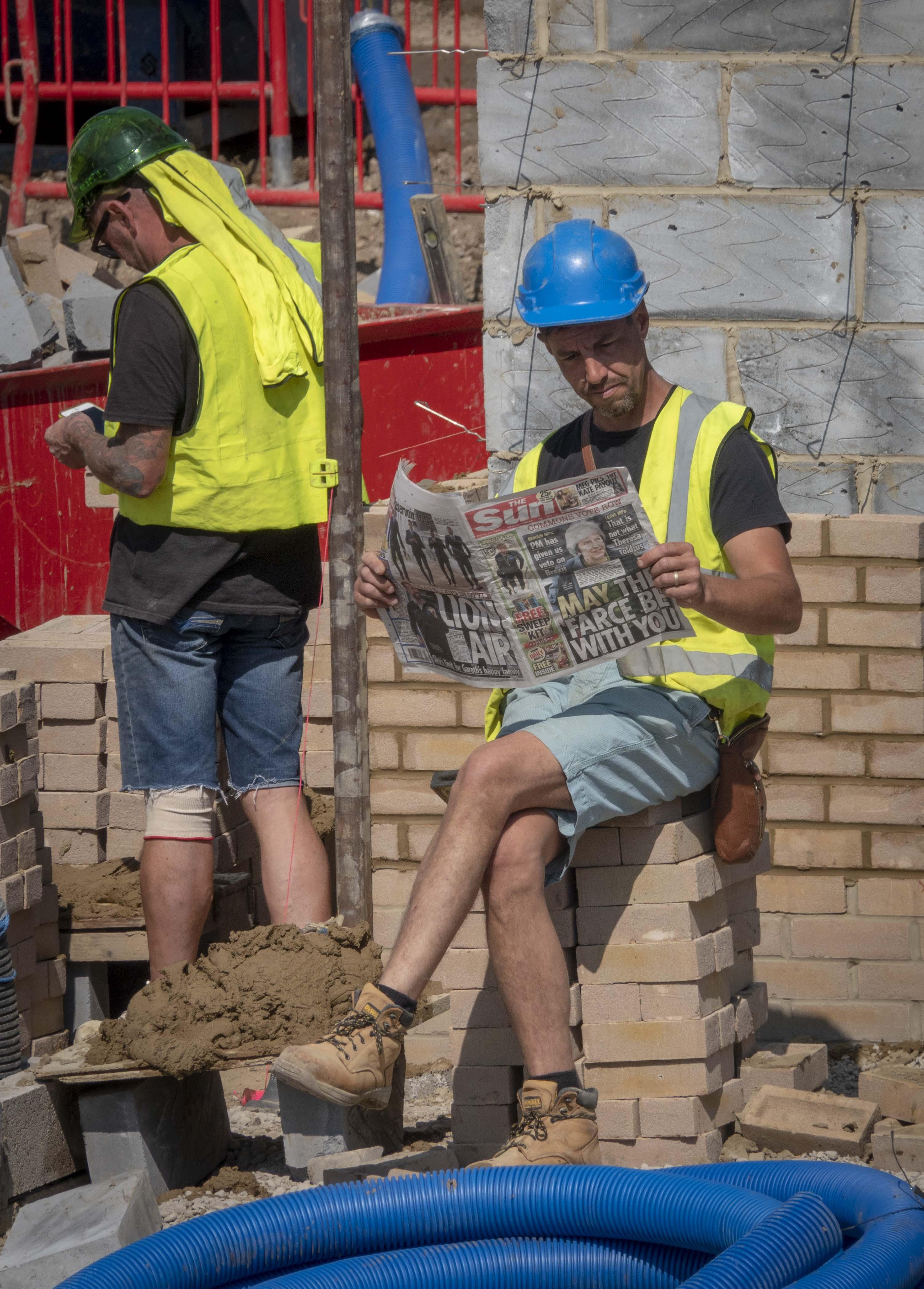 "We can now crack on with the job in our proper gear without getting wolf whistles, which were intimidating to say the least.

"Mind, wearing dresses for a couple of days has given some of the lads ideas for the weekend." 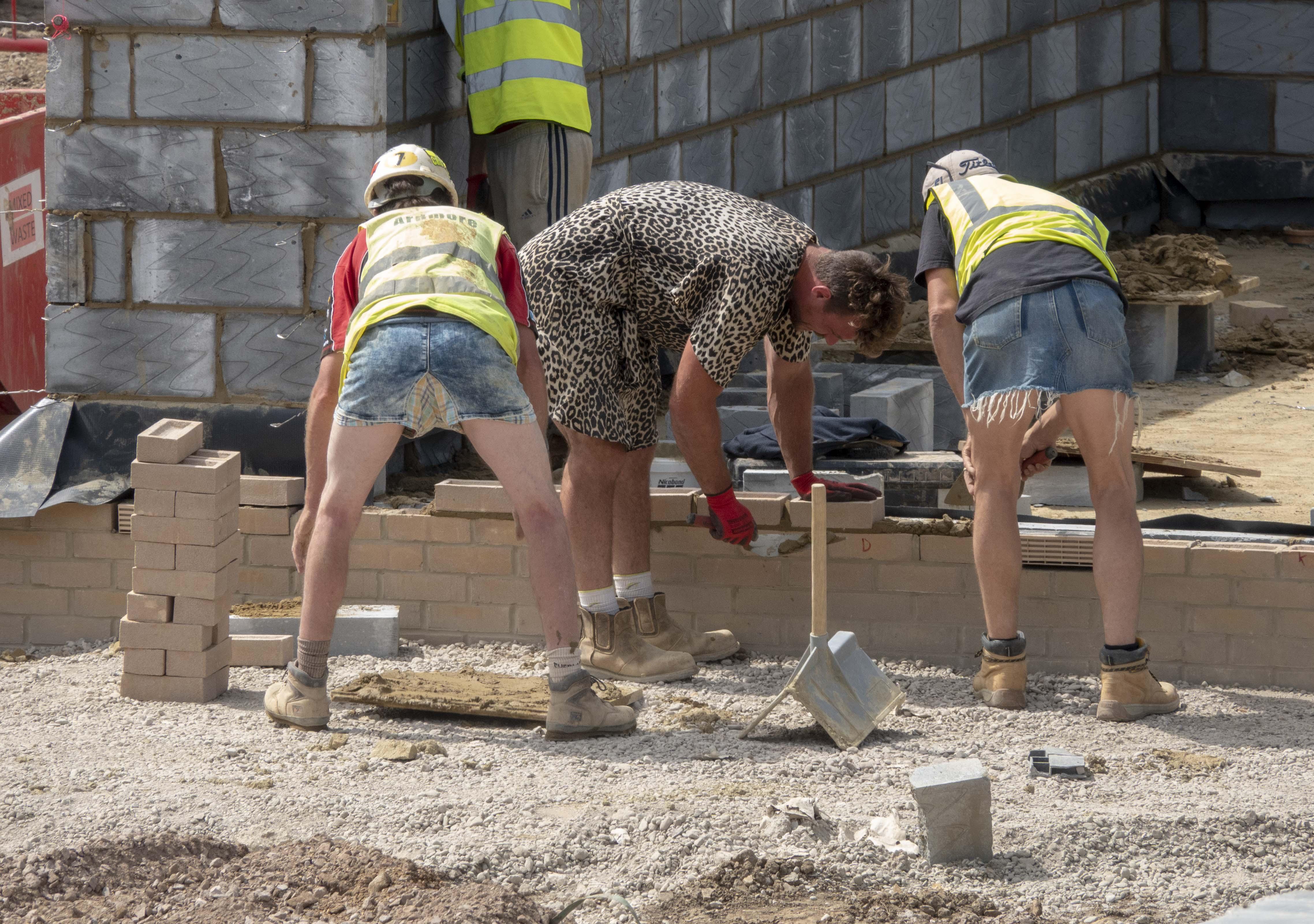 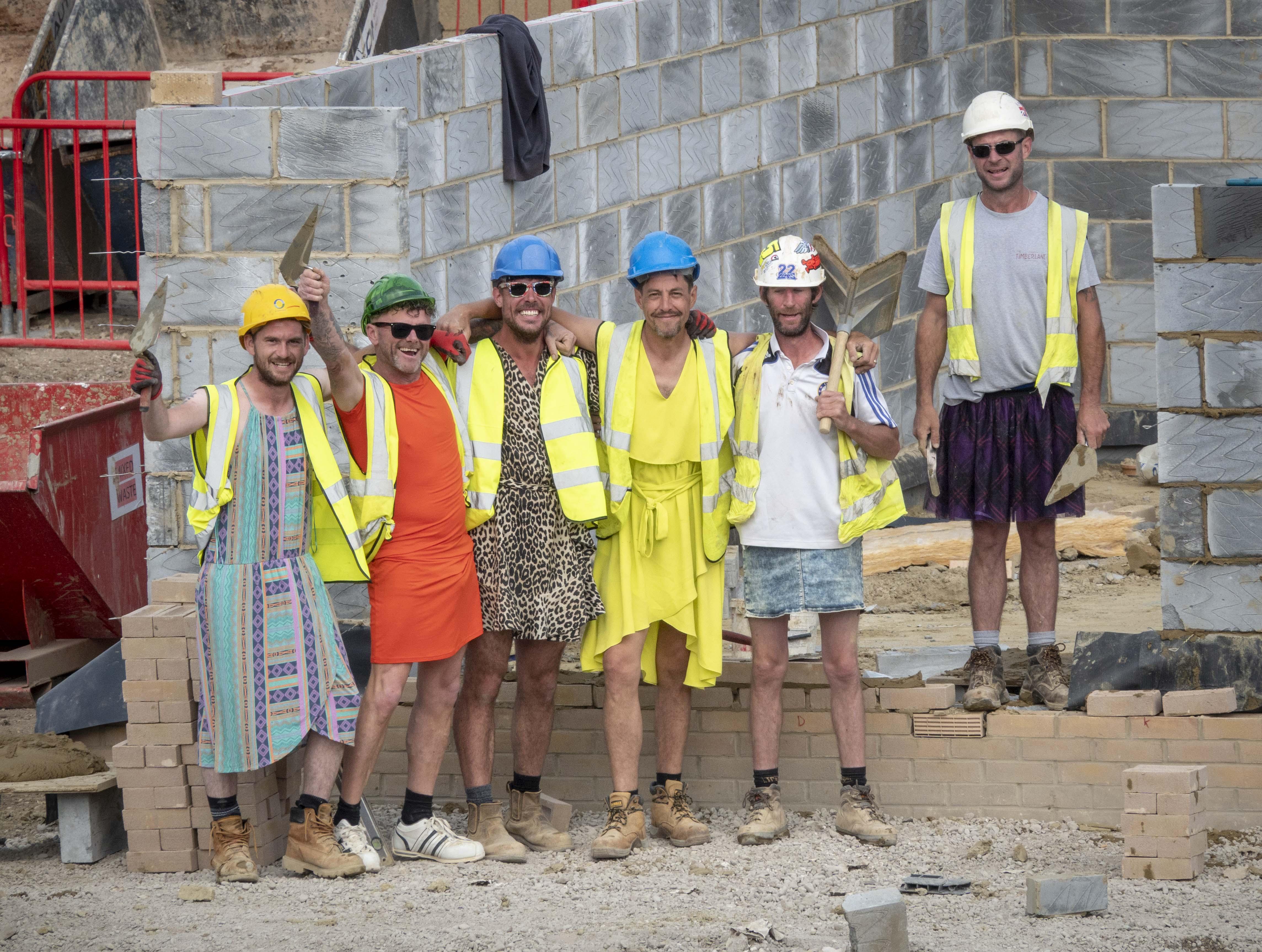 A spokesman for Bellway confirmed the ban had been stopped at the homes and flats site in Chertsey, Surrey.

He added that it was introduced during a period when there was a lot of pouring of concrete, which can burn skin.