So… you can’t park here? Council misses vital full stop from no parking sign leading confused drivers to be slapped with fines

Bungling council workers have been slammed for erecting no parking signs with a vital full stop missing, which has led to at least four confused motorists being fined.

Drivers have been left scratching their heads after the signs appeared in Ludlow, Shropshire, reading: ‘No Parking Enforcement In Operation.’

Residents living in the quaint market town have taken the notice to mean they are allowed to pull up at the car park in Castle Square. 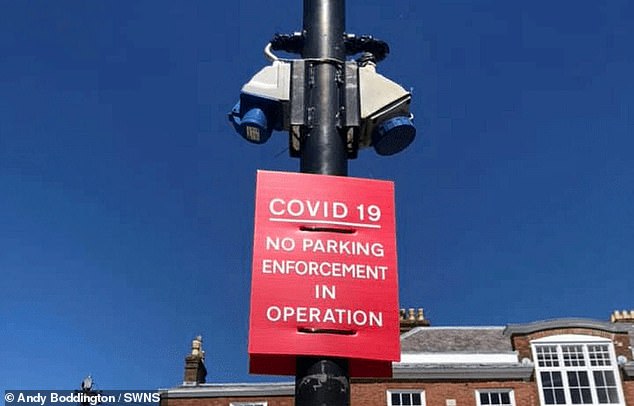 The no parking signs in Ludlow, Shropshire have left drivers confused and some have misinterpreted the notice due to the absence of a full stop – four drivers have been fined 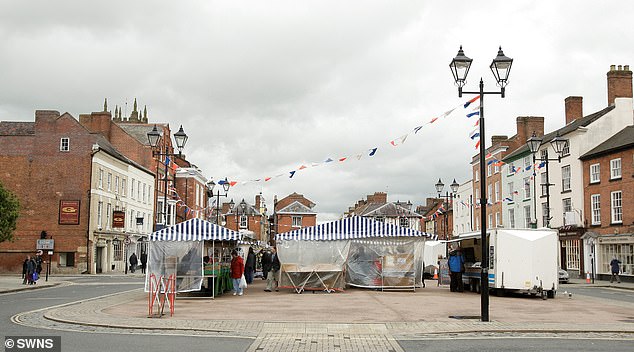 The signs were put up in Castle Square and have resulted in motorists pulling their car up to park, meaning fines have been dished out to those who have wrongly interpreted the warning

But the poorly punctuated sign was intended to inform motorists there’s actually no parking, and enforcement was in effect under coronavirus lockdown measures.

As a result, fines have been dished out to people who have wrongly interpreted the warning, despite it being a grammatical error.

Liberal Democrat councillor Andy Boddington, who represents Ludlow North, said: ‘The sign should have read “No parking. Enforcement in operation.” For want of a full stop, a message was lost and parking fines were issued. It was obviously confusing.

‘I would encourage anybody who’s got parking tickets to challenge it. I think it was just put up in a hurry. 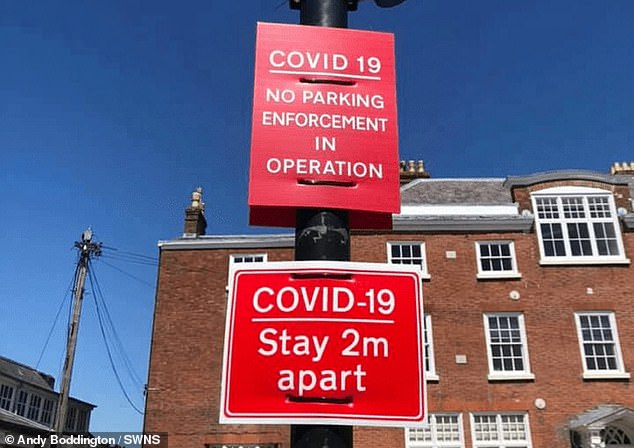 ‘We are dealing with Covid-19, we’re a very small town with very narrow streets and we’re trying to clear up enough space for traders to work.

‘We have market stalls and other things and we’re trying to free up space throughout the town centre.

‘The whole operation was literally done in days and you make mistakes when you do things in days.’

Local resident Angela Rennie, 39, a mum-of-three, said she had read the sign to mean parking restrictions had been relaxed during the coronavirus pandemic.

She said: ‘I’ve actually parked there, but luckily I wasn’t fined. If I had been though, I would have fought it all the way. As it stands, that sign means you can park there surely.

‘It’s their error and it just shows how a simple full stop can completely change the meaning of a message.

‘You’ve got to laugh really, but I bet those who have been fined aren’t joking about it. Hopefully they won’t have to pay.’

Student Paul Graney, 20, from Ludlow, added: ‘It’s extremely misleading and shows how important punctuation is. It’s quite farcical to be honest, they need to sort it out.’

Other residents took to social media to mock the sign, with Andrew Cadwallader saying: ‘The same council responsible for the dire roads at the start of the year, removing recycling points across the county to save money and disastrously taking leisure back “in house”. 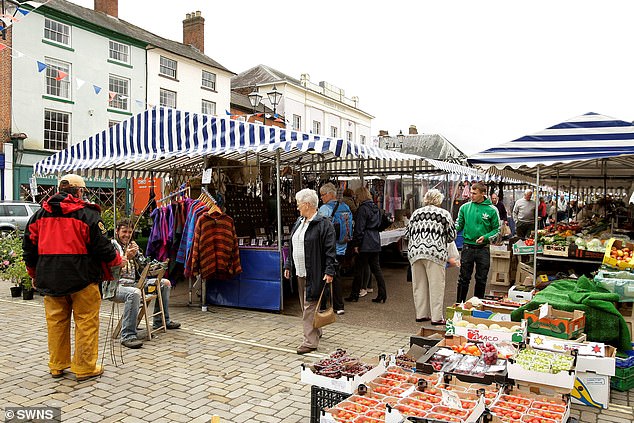 The poorly punctuated signs have been mocked by locals on social media, with it emerging that four people have been fined for parking in Castle Square

‘They can’t even punctuate a sentence.’

Sharron Jones wrote: ‘This will be done by the same guy who paid £1,000 a day for someone to tell him the county has potholes.’

Tory-run Shropshire Council said a full stop had now been included on the existing notice and corrected signs will also be erected.