Reality TV stars probed over sneaky online ads: Watchdog investigates Instagram and Twitter stars for plugging products without making it clear they are being paid

Social media stars are being investigated over claims they are making millions from hidden advertising plugs in online posts (pictured, Millie Mackintosh)

Social media celebrities are being investigated over claims they are making millions from hidden advertising plugs in online posts.

Reality TV stars are allegedly using Instagram, Snapchat and Twitter to push products without making clear they are being paid by companies in cash or freebies.

The Competition and Markets Authority has written to celebrities and social media influencers to gather more information about posts and business agreements with brands.

It refuses to say who it is speaking to, but they are likely to include reality TV stars already criticised by the Advertising Standards Authority for not making clear posts are ads.

These include Made In Chelsea’s Millie Mackintosh who uploaded a video advertising a Britvic drink, and another star of the show, Louise Thompson, who plugged a Daniel Wellington designer watch.

It ruled against a tweet by TV presenter AJ Odudu that featured a photo of an Alpro dessert describing it as one of her favourite snacks without acknowledging she was being paid to promote it.

It is believed a Love Island celebrity who has more than one million followers on Instagram can legitimately earn between £4,000 and £6,000 from a brand for a single sponsored post.

‘Where influencers are paid or rewarded to promote, review or talk about a product in their social media feeds, consumer protection law requires that this must be made clear.’ 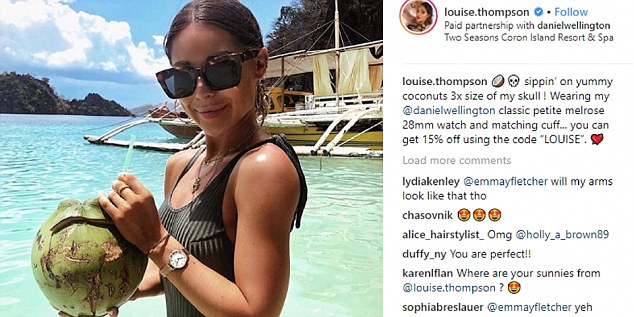 The Competition and Markets Authority has written to celebrities and social media influencers to gather more information about posts and business agreements with brands (pictured, a post by Louise Thompson) 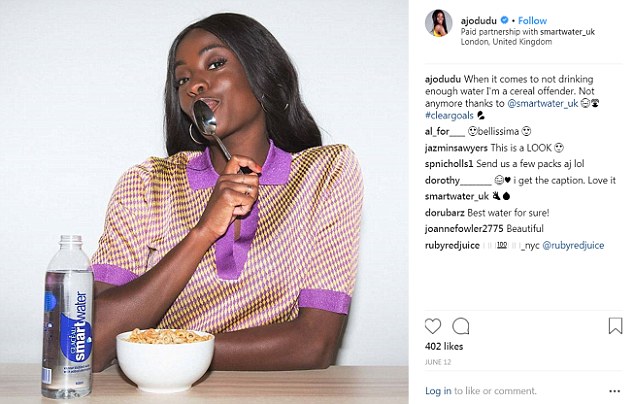 The authority refuses to say who it is speaking to, but it is likely those who are already under fire for hiding advertising in social media posts (pictured, a paid Instagram post by AJ Odudu)

The Advertising Standards Authority expects stars to make clear when they are being paid for an endorsement but there are no clear guidelines. Sometimes advert posts are identified with the hashtags #spon or #sp, but there are concerns people do not understand what they mean or overlook them.

The CMA’s George Lusty said: ‘Social media stars can have a big influence on what their followers do and buy.

‘If people see clothes, cosmetics, a car, or holiday being plugged by someone they admire, they might be swayed into buying it.

Profile Talent, which represents many reality TV stars, would not comment. 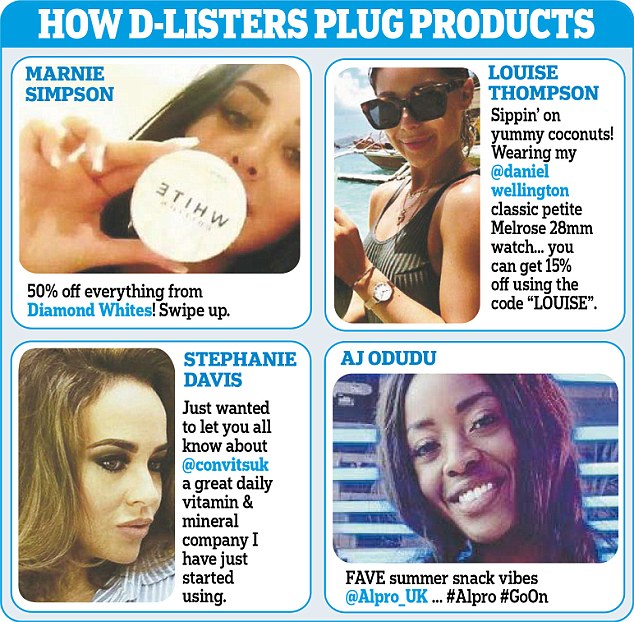