An actress who’s appeared in “The Sixth Sense” and “The Sopranos” says a man fatally beat one of her dogs and nearly kicked the other to death, new court papers allege.

Janis Dardaris left her two male Maltese pooches Frankie, 12, and Alex, 11, with a sitter at her Manhattan apartment for two months last fall as she was acting in a play in South Carolina and wasn’t allowed to bring animals there, she told The Post in an exclusive interview.

To Dardaris’ horror, she discovered while away that her dog sitter’s boyfriend, Vincent Tang, “savagely beat Alex to death … then took Frankie to the roof of [Dardaris’] building, where he sadistically tortured Frankie for several minutes by punching, throwing, chasing, and kicking the defenseless dog multiple times” on Oct. 24, 2019, a Manhattan Supreme Court lawsuit from Wednesday alleges.

Tang “then brought Frankie back to [Dardaris’] apartment, where he left him to die,” the court papers claim.

Disturbing cell phone video, taken by a resident in a neighboring building, shows a man — alleged to be Tang — chasing and kicking a small white dog like a soccer ball, at one point with such force that the pup slams into a wooden patio step, according to a criminal complaint against Tang.

“The visceral feeling I get when I think of what happened — it feels like an ice pick to my heart. It’s a nightmare,” Dardaris told The Post.

Tang, 36, likely took the keys from the dog sitter going into Dardaris’ apartment while the sitter was out, Dardaris’ lawyer said.

An eagle-eyed neighbor in the building next door saw the man kicking the dog and alerted a building resident so that police eventually came and were able to get Frankie to an animal hospital saving his life, the court papers say. 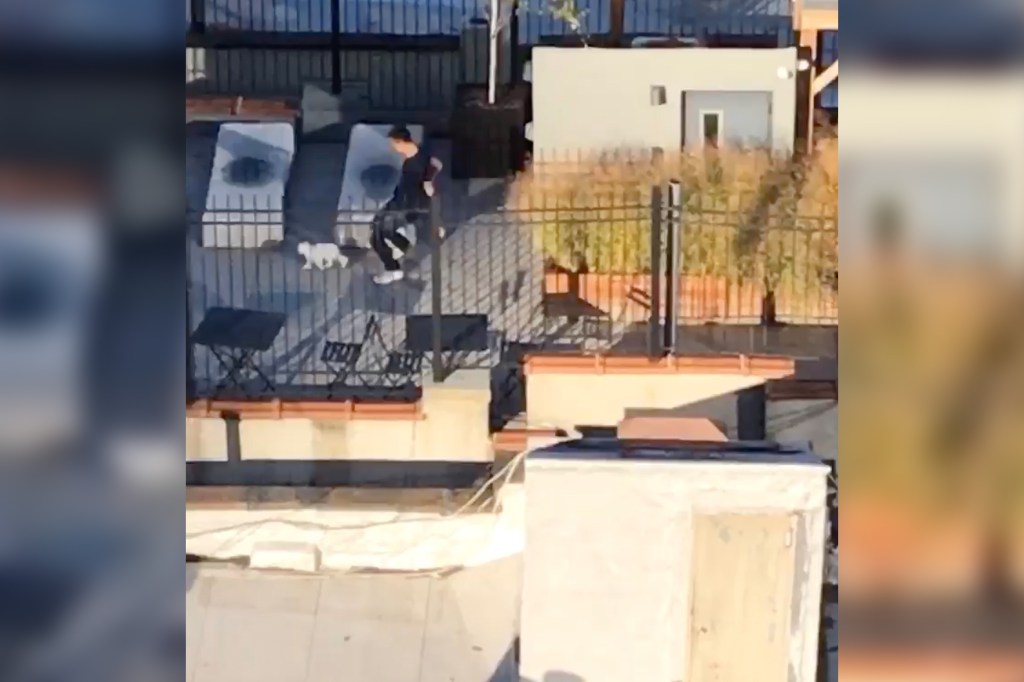 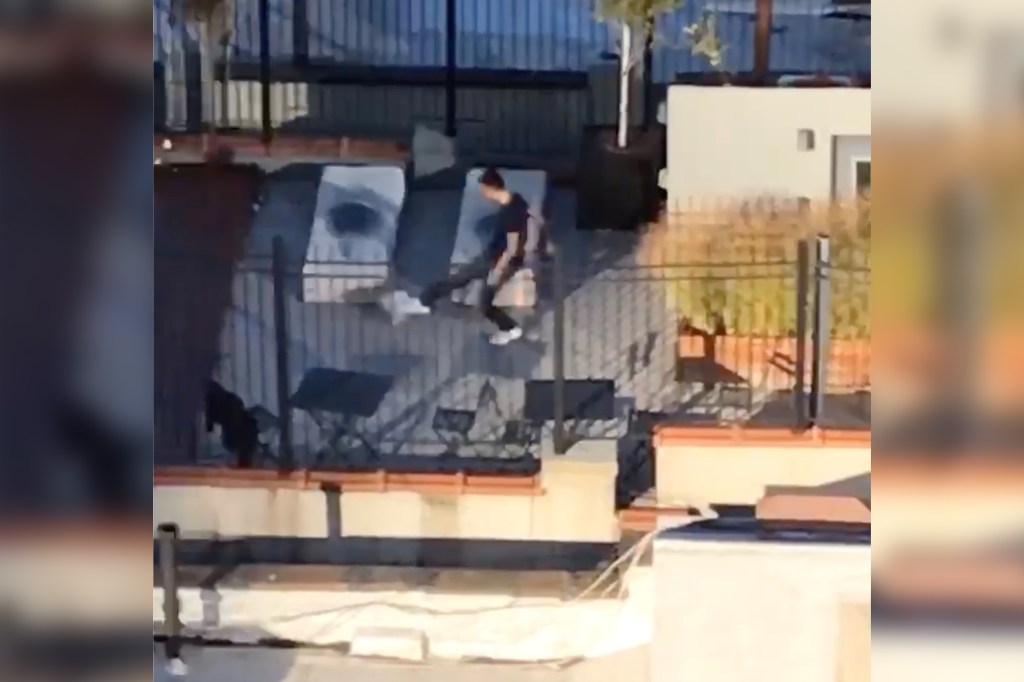 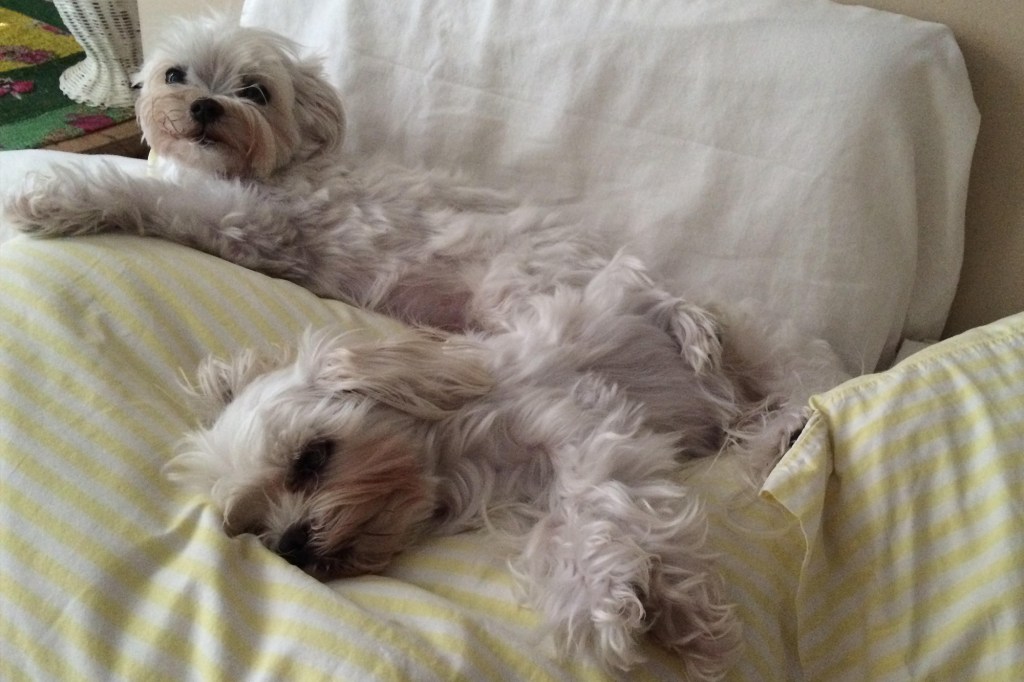 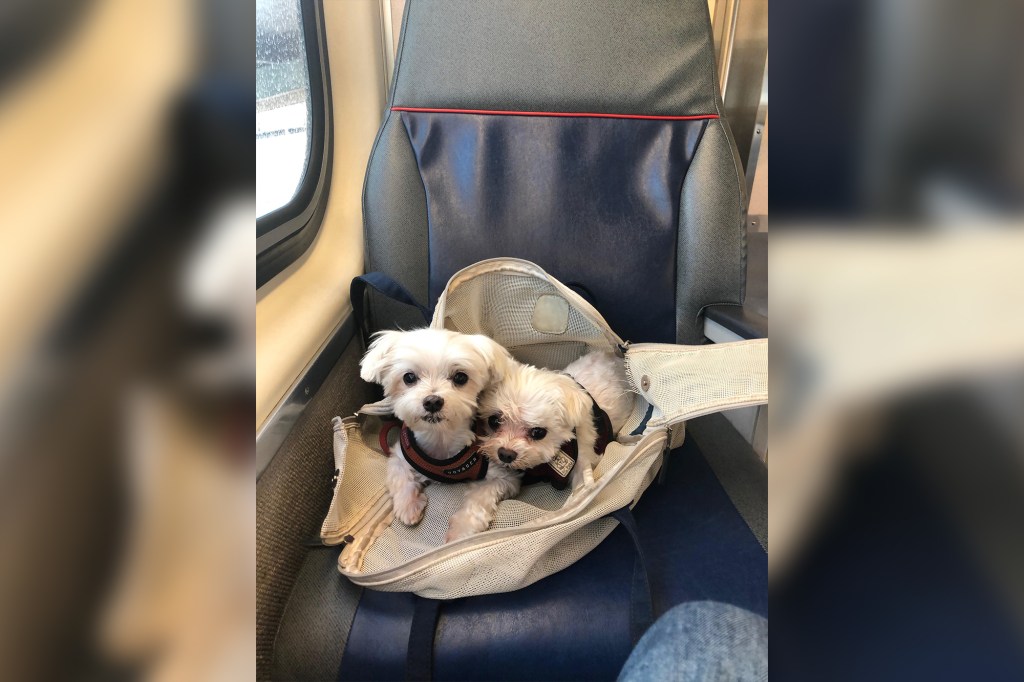