This is the moment a male World Cup reporter is kissed by two Russian women during a live broadcast.

South Korean reporter Kwon Qwal Yel was broadcasting for TV channel MBN from the World Cup in Russia when the incident happened.

In the video, Yel can be seen broadcasting from the street when a blonde Russian woman comes up and kisses him on the cheek. 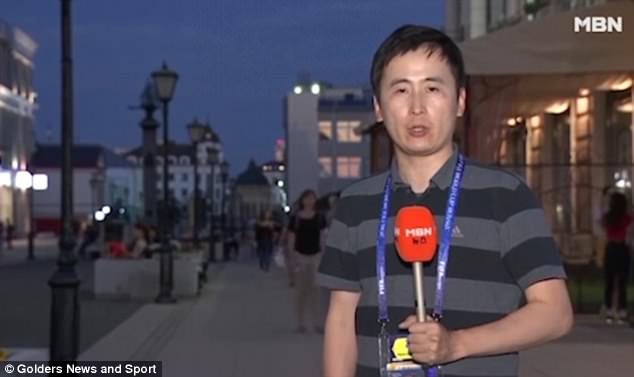 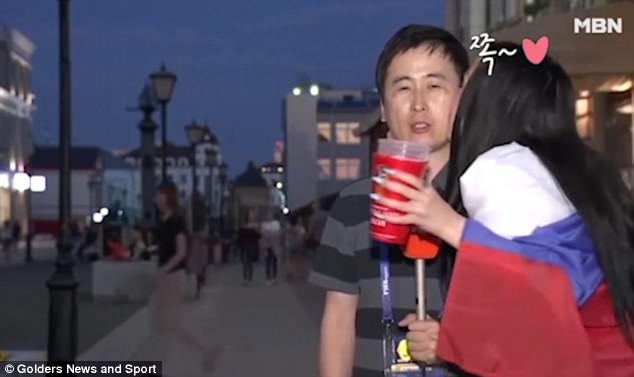 Suddenly, Yel was accosted by a woman draped in a Russian flag who kissed him on the cheek 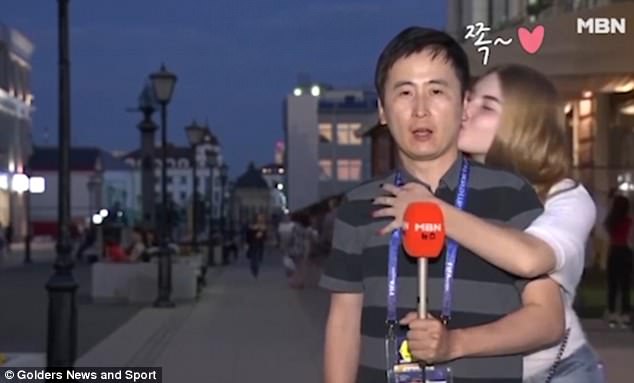 The reporter carries on speaking when another woman, this time a brunette with a Russia flag wrapped around her shoulders, grabs his head and kisses his  cheek.

Yel tries to keep it professional but eventually breaks and bursts into laughter at the end of his report.

The video was posted to social media and has received over 263,000 views.

The incident comes in the middle of several cases of male fans being blasted for kissing female reporters at the World Cup.

Julieth Gonzalez Theran also slammed a fan who kissed her on air as she reported from the tournament in Russia. 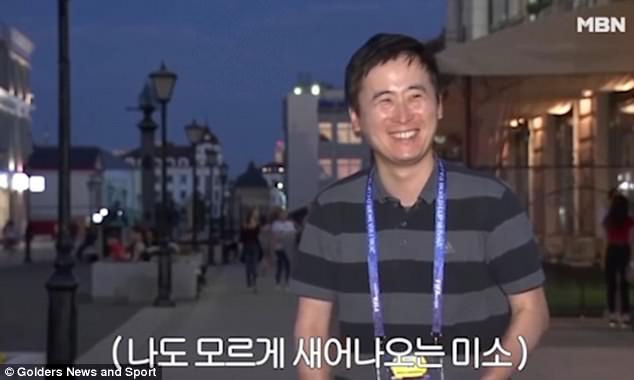 At the end of his broadcast, Yul could not help himself from laughing at what happened

Peru president dissolves congress, which then ousts him

‘Origins of life’ may be revealed by world’s largest telescope, now under construction