Sorry we let a serial killer murder 15 women while an innocent man was jailed for 20 YEARS, say South Korean police in extraordinary apology

Police in South Korea have apologised for a botched investigation that saw South Korea’s most prolific serial killer escape justice for more than 30 years – and an innocent man spend 20 years behind bars.

Lee Chun-jae, 57, raped and 10 killed women in rural parts of Hwaseong, south of Seoul, over a five-year period from 1986.

The victims, who ranged in age from 14 to 71, were all strangled and some of their bodies mutilated with forks, razors and umbrellas.

But in 1989 Yoon Sun-yeo was wrongfully convicted of of raping and killing one of the teenage victims.

He was released on parole in 2009 after serving 20 years in prison, and filed for a retrial last year after police launched their investigation into Lee.

‘I bow my head down and offer apologies to the victims of Lee Chun-jae’s crimes, the surviving families and everyone who suffered damage due to the police investigation, including Mr Yoon,’ provincial police chief Bae Yong-ju said. 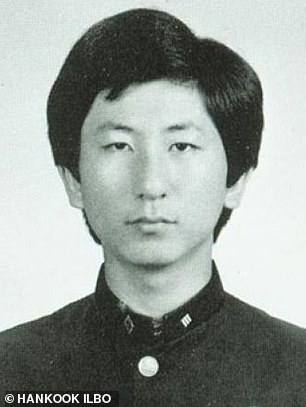 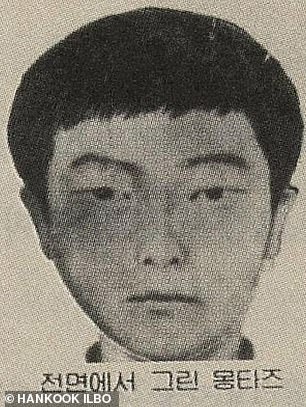 Lee Chun-jae (left) was admitted to the murders last November after his DNA matched samples collected at four of the Hwaseong murder scenes (right, a facial composite sketch of Hwaseong Strangler)

Chun-jae was only identified as a suspect last year – more than 30 years after killing his first victim.

Police retrieved new DNA samples using old evidence, including a victim’s underwear, which they then matched with Chun-jae.

But he won’t be prosecuted for the crimes because the decades-long investigation means the statute of limitations has expired, police admitted.

When questioned, Chun-jae admitted all 10 Hawseong murders as well as four others – including that of an eight-year-old girl.

He also admitted to raping nine other women.

Details of the remaining five victims have not been released by police. 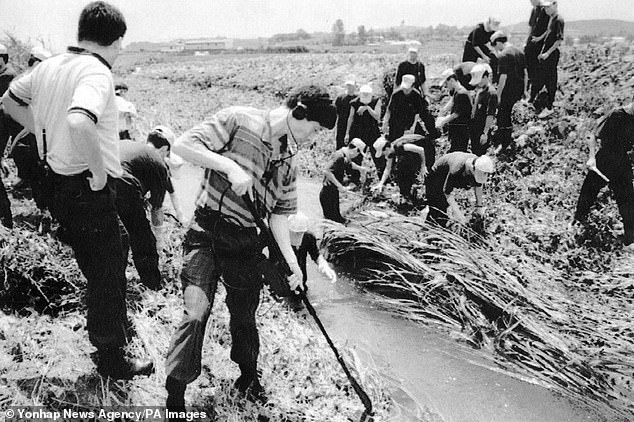 Lee initially denied involvement in these cases, but he has since confessed to the killings (Pictured: Investigators at the scene of a Hwaseong murder in 1993)

The serial killer is currently serving a life sentence for raping and murdering his sister-in-law in 1994 – his 15th known victim.

At the time he admitted the murders, he bowed before the cameras and apologised to the victims’ families, those who had been falsely accused as suspects, as well as Sun-yeo.

‘His psychopathic tendencies were evident, as he was unable to empathise with the victims’ pain and sufferings at all and continuously showed off his crimes,’  Young-ju added. 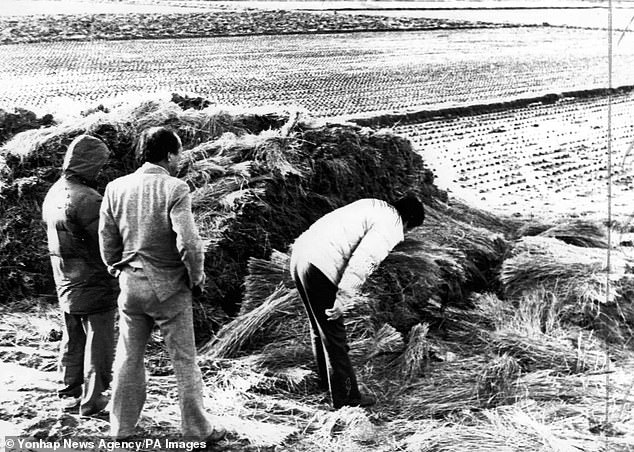 A record number of police officers for a single case were mobilised at the time to try to find the killer.

They investigated 21,000 people and examined fingerprints of 20,000 more without success.

Reports say at least four individuals took their own lives in the 1990s after being investigated – and allegedly abused – by police as possible suspects in murders.