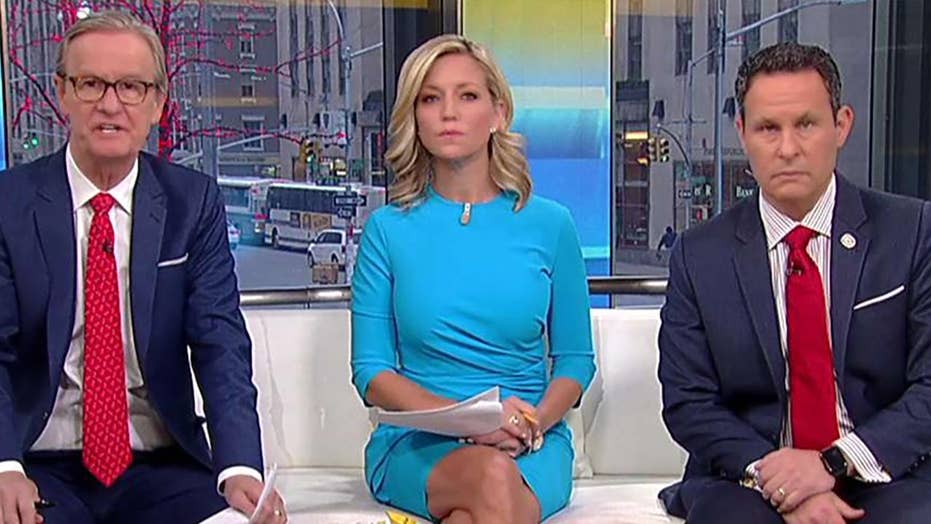 100,000 illegal immigrants may be arrested at the border in March: report

More than 76,000 people tried to cross the U.S.-Mexico border in February — a "remarkable" leap that more than doubles the number of border apprehensions during the same period of time last year, and is also the highest number of any February in the past 12 years, according to officials.

The system is "well beyond capacity, and remains at the breaking point," U.S. Customs and Border Protection Commissioner Kevin McAleenan told reporters on Tuesday as the agency released the "record numbers" of those trying to enter the U.S. through the southern border.

Officials said that 76,103 people — an increase of 31 percent over January — were apprehended. Of those, 7,249 were unaccompanied children, and 40,385 were family units — totaling 60 percent of apprehensions.

Pentagon: No military construction projects will be canceled to fund border wall

Brian Hastings, the chief of law enforcement operations at the agency, told reporters that historically, 70 to 90 percent of apprehensions at the border included Mexican nationals.

As of Tuesday, he said, 70 percent of those arrested for attempting entry without proper documentation are from the "Northern Triangle of Central America," which includes Guatemala, El Salvador and Honduras.

"It should be very clear from these numbers that we are facing alarming trends in the rising volumes of people illegally crossing our southwest border, or arriving at our ports of entry without documents," McAleenan said.

While fewer people overall are being apprehended crossing the border illegally each year, he said the increased numbers are "currently at our highest levels in over a decade both a border security and humanitarian crisis."

The commissioner added that border patrol is also noticing a "stark increase" of those seeking asylum. Since October, there's been a 90 percent increase over the "record levels" of asylum seekers since the last fiscal year, according to the agency, which added that 60 percent of those trying to enter the U.S. without proper documentation are "making claims of fear of return to their home country."

Officials on Tuesday announced plans for a new processing center in El Paso, Texas, to manage the record number of people crossing the border. While not a permanent solution, it will be better suited to manage families and children, and handle medical care concerns.

“While our enhanced medical efforts will assist in managing the increased flows, the fact is that these solutions are temporary and this solution is not sustainable,” he said.

After two illegal immigrant children died while in Border Patrol custody, the agency stepped up medical screenings and announced sweeping changes that include more rigorous interviews as they enter into the system.

The data released on Tuesday comes as the GOP-controlled Senate plans to reject in a vote next week President Trump's national emergency declaration at the border that would send extra funding there.