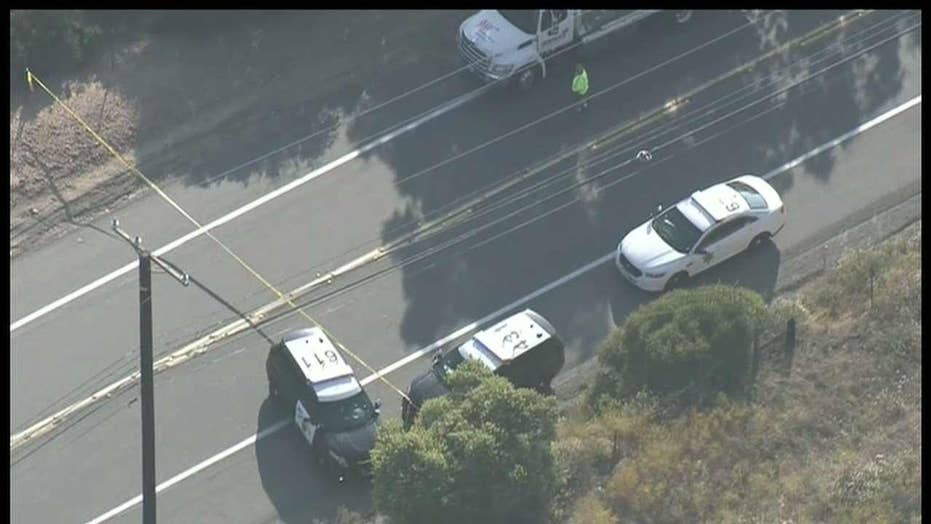 Aerial footage of a motorcycle crash on Santiago Canyon Rd., which reportedly claimed the lives of four victims.

Four people were killed in a motorcycle crash in Southern California on Sunday, fire officials said.

The Orange County Fire Authority tweeted that the crash unfolded on Santiago Canyon Rd. and four people were confirmed “Dead on Arrival,” adding that the ages of the victims were unknown.

In a tweet posted about twenty minutes later, investigators added that the victims included two men and two women.

The crash happened around 4:30 p.m. on Sunday on Santiago Rd. near Modjeska Canyon Rd., Fox 11 reported, adding that two motorcycles collided with each other.

The Orange County Fire Authority wrote that it was investigating the cause of the crash.

Santiago Canyon Rd. was closed in both directions as the investigation continued.