A Southwest Airlines flight has made an emergency landing after the cabin began to lose pressure, in the third incident for the carrier in a month.

Flight 861 from Denver to Dallas began to experience the loss of pressure at around 9pm on Saturday, with oxygen masks deploying about a half hour before landing at Dallas Love Field, CBS DFW reported.

‘I had no idea what was going on or what the outcome was going to be,’ passenger Glen Eichelberger told the station, adding that the flight crew didn’t communicate how serious the incident was. 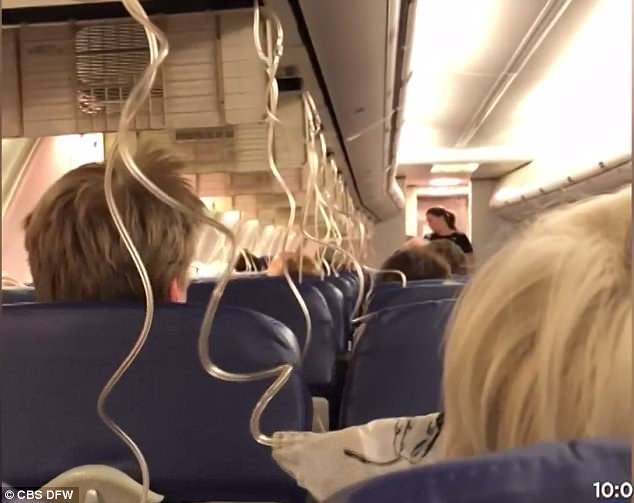 Flight 861 from Denver to Dallas began to experience the loss of pressure at around 9pm on Saturday, with oxygen masks deploying about a half hour before landing at Dallas Love Field 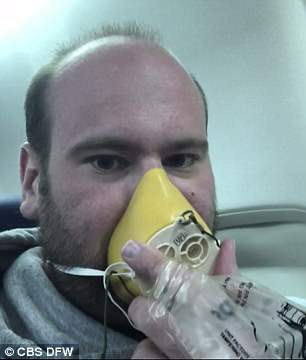 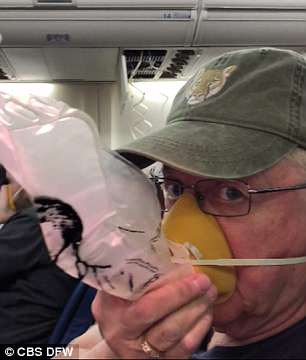 Southwest said in a statement: ‘Following an uneventful landing, initial reports indicate four of the 120 Customers onboard requested a check from paramedics to assess ear pain.’

‘When you’re in the air 20,000 feet above the ground and don’t know what’s going on it’s not uneventful,’ said Eichelberger.

Video from the cabin shows oxygen masks dangling from the ceiling and passengers scrambling to secure them.

‘I didn’t know whether we were going to make it or not,’ said Eichelberger. 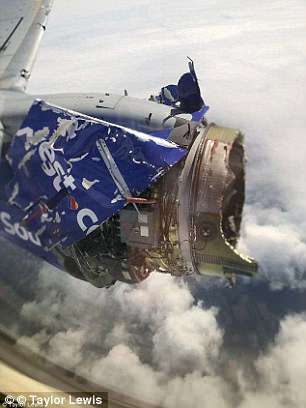 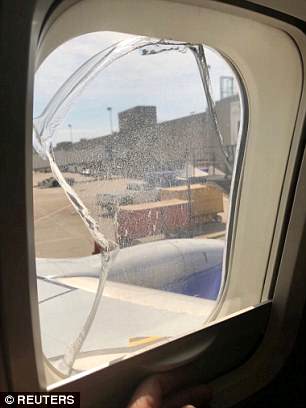 In other recent incidents on Southwest, an engine explosion (left) on April 17 resulted in one woman’s death, and a cracked window (right) caused a panic on another flight on May 2

It is the just the latest scare for the low-cost carrier, after an engine explosion on April 17 that resulted in one woman’s death, and a cracked window caused a panic on another flight on May 2.

Passengers on Flight 861 say they don’t know what caused the loss of cabin pressure.

Southwest has not yet publicly commented on the cause of the incident.

‘They do thousands of flights a day and it’s a rare instance that this happened and I think it could have happened to anybody,’ said passenger Josh Trimberger.