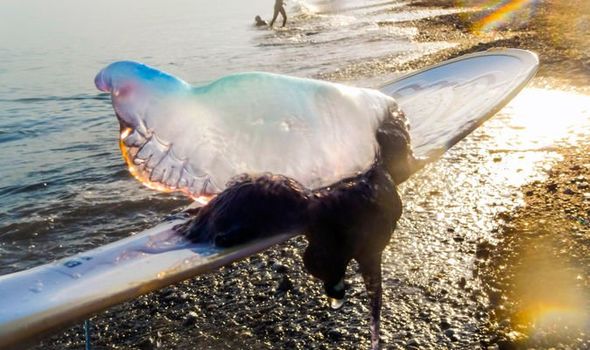 A photographer on a stand-up paddleboard off the Costa del Sol town came across a Portuguese Man O’War near to the coastline near where a famous beach club went up in flames earlier this year. He told today how he spotted it just a few feet from where a group of children were playing. The creature was off Playa El Cable, where beach club Playa Padre burnt down in February.

The beach to the east of Marbella Town Centre is also popular with local children who play beach volleyball in the summer.

Daniel Blanco, who snapped the Portuguese Man O’War, said: “During a sunset ride on a stand-up paddleboard, we found this beautiful but dangerous ocean inhabitant.

“Luckily I had my small underwater camera from me.”

There were no reports of any beach closures following the sighting.

Marbella Town Hall is not due to start offering information on whether there are jellyfish in the sea until the start of the high season on Monday, July 1. 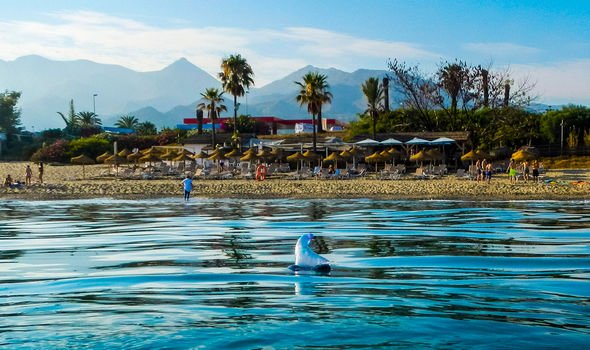 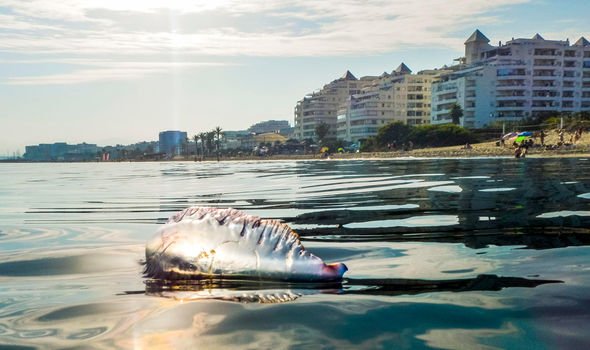 Two of the jellyfish-like creatures were spotted in the water.

The first was found at Mal Pas beach, a little cove between the town’s main beaches, and the second was found at the popular Levante beach.

The stings suffered by seven people are said to have been “minor”, although five of the seven sunbathers were taken to hospital. It is not known if any were British.

“They were removed by lifeguards.

“As a precautionary measure bathing was banned and the red flag hoisted for an hour at the main Levante and Poniente beaches, and for more than two hours at Mal Pas beach.

“Seven people were treated for minor stings caused by the jellyfish-like creatures at Mal Pas beach. 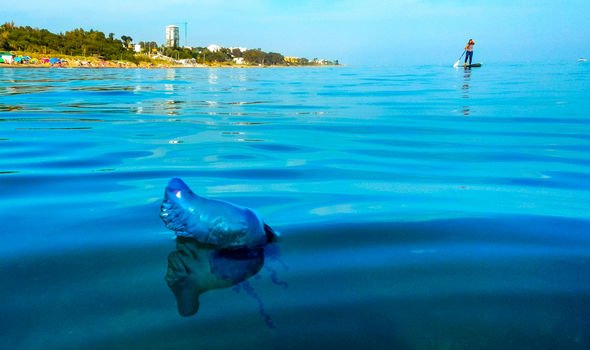 “Five were taken to Villajoyosa Hospital, as part of protocol and as a precautionary measure.

“We have acted swiftly and diligently and banned bathing until we were sure there were no more Portuguese Men O’War in the water.”

The Portuguese Man O’War is often called a jellyfish but is actually a species of siphonophore, a group of animals that are closely related to jellyfish.

Their tentacles are loaded with coiled, barbed tubes that deliver venom capable of paralysing and killing small fish and crustaceans.

They are rarely deadly to people but can be dangerous to children, elderly people, asthmatics and people with allergies as they can cause fever, shock and respiratory distress.

A woman was left with excruciating marks all over her body earlier this month after being stung by one of the creatures.

Naomi Mateos, 22, was swimming at Puntas de Calnegre beach in Lorca, when she became ‘paralysed’ by a sharp sting.

She said after a two-day stay in hospital: “I felt as if fire or acid was being injected into my body.”