Two Spanish ambulance workers allegedly tested positive for cocaine and cannabis after ‘losing’ a British assault victim while transporting him to hospital.

The unnamed man had suffered serious injuries that required hospital treatment after being caught up in a fight between four Britons in Benidorm, Spain.

But it has been claimed that the patient somehow ‘went missing’ during the ambulance journey – and he was eventually found by police lying unconscious in a ditch a few hundred yards from the hospital.

The bizarre scenario is being reported by the Spanish press which says National Police officers called for an ambulance after going to the scene of the fight between the four Britons in the centre of Benidorm. 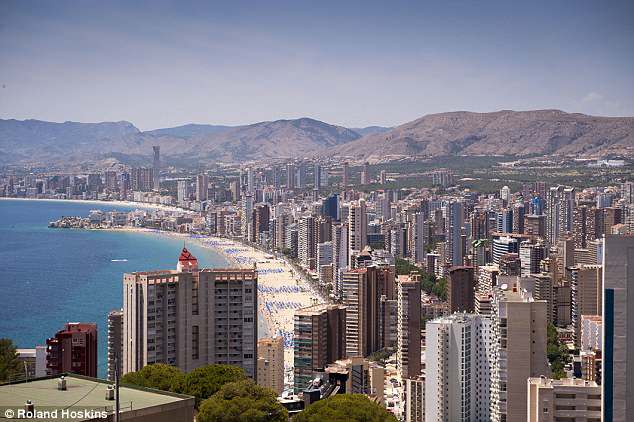 Two Spanish ambulance workers allegedly tested positive for cocaine and cannabis after ‘losing’ a British assault victim while transporting him to hospital. The man had suffered injuries that required hospital treatment after being caught up in a fight between four Britons in Benidorm (pictured), Spain

They assumed he was being transferred to the regional hospital of La Vila Joiosa and phoned a few hours later to ask about his condition whilst drafting their official report.

However, no-one at the emergency department knew anything about the arrival of any Briton and it was discovered that he had never arrived.

Spanish newspapers say that when interviewed, the ambulance driver and his mate said they were taking the British man to hospital when he woke up and started to attack them.

Because of his violent attitude, they opened the back of the ambulance and he escaped. He is said to have been found a few hours later by the police in the ditch near the hospital.

However, when the ambulance was called back out, officers are said to have noticed ‘something strange’ about the crew’s behaviour.

Local paper Diario de Informacion said the two crew members had tested positive for cocaine and cannabis and had been arrested for offences including failing to help a person in danger.

The ambulance service is contracted out to a concessionary company and the Department of Universal Health and Public Health of the Generalitat Valenciana has asked for clarification of what happened.

It also wants the temporary suspension of the driver and ambulance technician who had been on duty that night.

The department also wants a full investigation. The two ambulance crew could face various charges, including neglect of duty, if the allegations are proven.