THE ST LOUIS couple who had a standoff with Black Lives Matters protesters have received offers of free AR-15 rifles after their guns were seized by police.

The lawyer who represents the gun-totting couple said some 50 people have reached out and offered to replace their seized weapons. 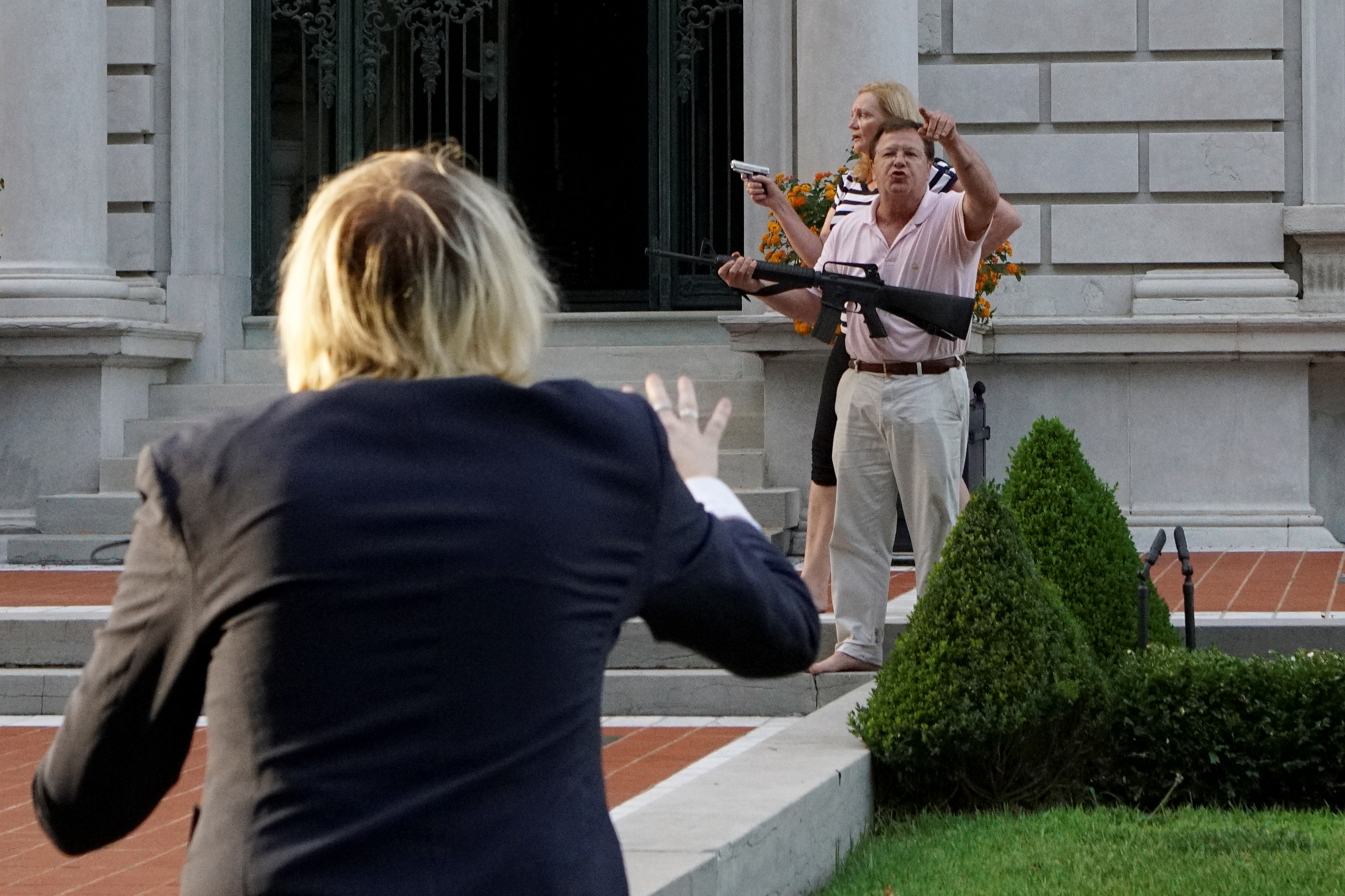 In June, Mark, 63, and Patricia McCloskey, 61, stood armed outside their mansion as protesters massed outside.

The pair live in an affluent neighborhood of St. Louis and both work as personal injury lawyers.

Joel Schwarz, the couple’s lawyer, told Forbes that that gun store, “along with 50 people have contacted them and offered to replace the AR-15,” but the pair kindly refused the gestures.

“To the couple that had this warrant served, please come on by our shop and we will gladly rearm you with a brand new ar15 for (FREE ),” St. Charles-based Alien Armory Tactical wrote on its Facebook page Saturday.

The post continued: “we will gladly assist you with a replacement for you to protect your private property for FREE! Also we will assist you with some FREE firearms training so if anything were to happen you will be better prepared.”

( IF ANYONE KNOWS THE ST.LOUIS COUPLE PLEASE PASS THIS POST ALONG TO THEM ) Let me say this to all the St.Louis city…

The investigation is ongoing and mo charges have been filed against the couple yet.

However, Schwartz told Forbes that “charges are more likely than they were two days ago."

McCloskey has defended his and his wife’s actions saying that the confrontation with protesters "had nothing to do with race".

Speaking on Tucker Carlson Tonight, McCloskey explained how the couple felt their lives were in danger once they saw the sea of protesters had broken into their gated community.

He said: "My wife and I were preparing to have dinner, maybe 70 feet from the gate."

As the crowd moved closer toward their home, he said he had a sudden realization that he and his wife could fall victim to the violence and rioting that has taken place in parts of the city in recent weeks.

He added: "By the time we looked up and we saw the marchers coming down Kings Highway and getting loud, we looked over the gate and there’s no police there,." 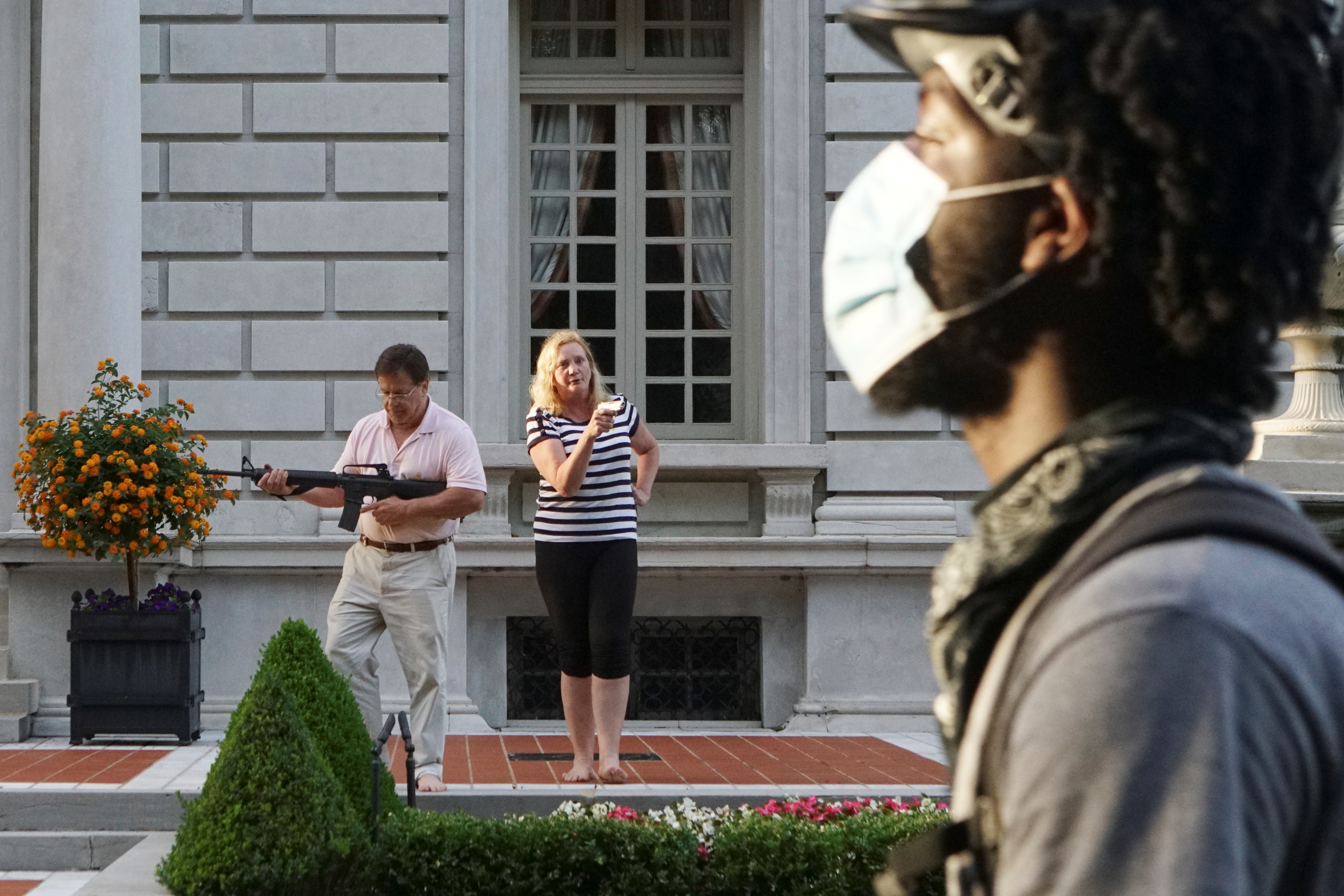 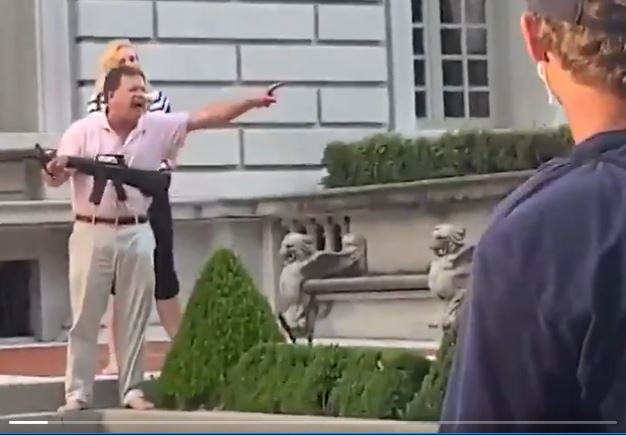 “Our private security wasn’t there. Nobody’s there.”

McCloskey recalled witnessing a flood of angry people coming in.

"They are angry, they are screaming, they’ve got spittle coming out of their mouths they’re coming toward the house,” he said.

“I turned to my wife and I said, ‘Oh my God, we’re absolutely alone. There is nobody here to protect us.’”

He thought the he and his wife would be “overrun in a second,” when he saw the mob coming through the gate with their “rage and their anger.”

“By the time I saw out there with my rifle, the people were 20 or 30 feet from my wall… I was literally afraid that within seconds they would surmount the wall and come into my house, kill us.”

“Burn the house down and everything that I had worked for and struggled for the last 32 years,” added McCloskey. 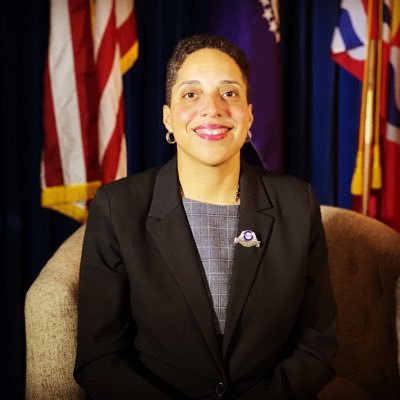 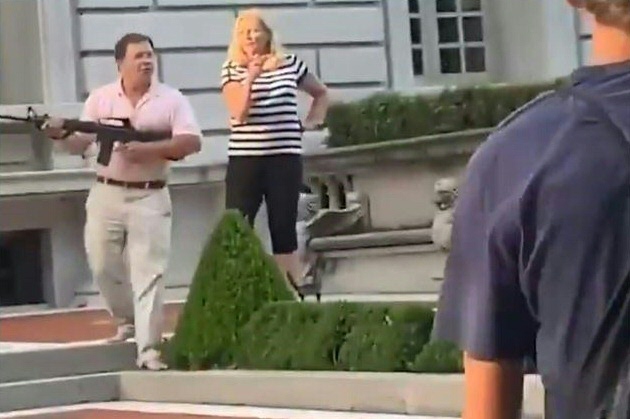 On June 29, Circuit Attorney Kimberly Gardner released a statement announcing that officials are investigating the incident.

“I am alarmed at the events that occurred over the weekend, where peaceful protesters were met by guns at a violent assault,” Gardner said.

She added: “My office is currently working with the public to investigate these events.”

Gardner then vowed to seek justice against people breaking the law.

“Make no mistake: we will not tolerate the use of force against those exercising their First Amendment rights, and will use the full power of Missouri law to hold people accountable.”

McCloskey said he was offended by insinuation that his effort to protect his family was racially motivated.

He said his 30-year career as a lawyer was largely focused on helping those “that need a voice.”

“I don’t understand. Here’s the interesting thing, I spend my career defending people that are defenseless… This is what I do for a living,” he said.

“I wasn’t worried what the race was (of) the mob that came through my gate, I was worried that I was going to be killed. I didn’t care what race they were,” emphasized McCloskey.