Protesters taken to court after preventing a deportation flight from taking off from Stansted Airport today challenged their convictions at the Court of Appeal.

The ‘Stansted 15’ cut through the Essex airport’s perimeter fence and locked themselves together around a Boeing 767 jet chartered by the Home Office to transport people from UK detention centres for repatriation to Africa in March 2017.

Those due to be removed from Britain included 25 criminals who had been imprisoned for offences including murder, child rape and grievous bodily harm.

They were convicted at Chelmsford Crown Court in December 2018 with three given suspended jail sentences and 12 handed community orders in February 2019.

But they are now appealing against their convictions of intentional disruption of services at an aerodrome under the Aviation and Maritime Security Act 1990.

Activist Lyndsay Burtonshaw tweeted this morning: ‘Today I’m in the Court of Appeal as one of the #Stansted15, rep. @hodgejonesallen (Hodge Jones and Allen solicitors). 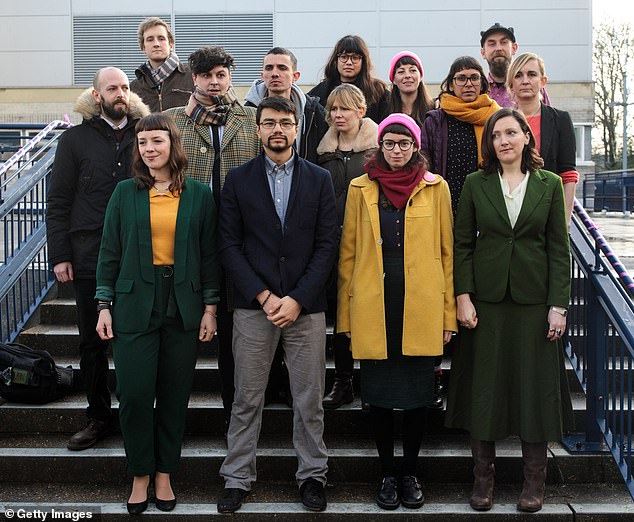 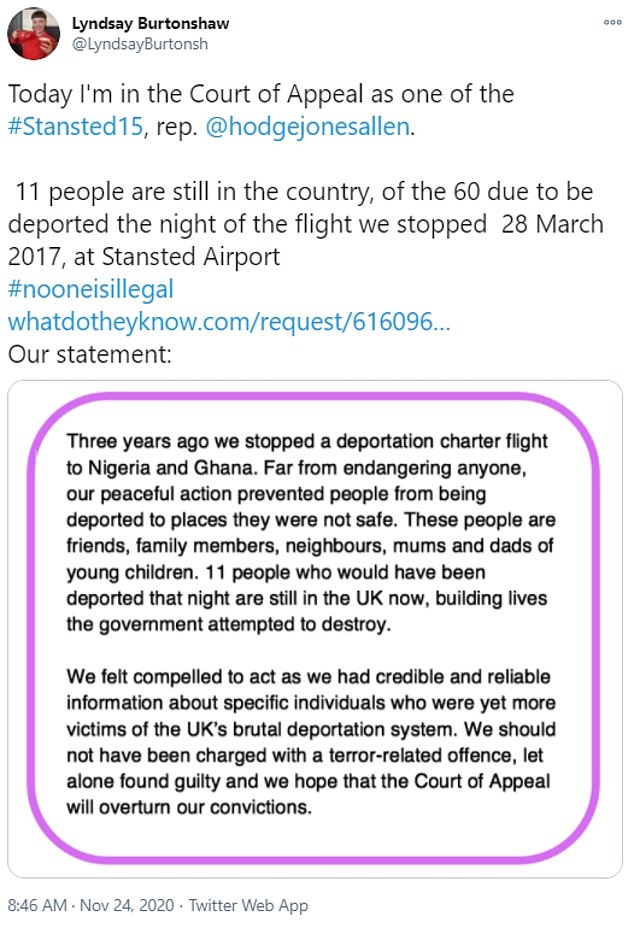 ‘Eleven people are still in the country, of the 60 due to be deported the night of the flight we stopped 28 March 2017, at Stansted Airport #nooneisillegal.’

Part of the statement says the group felt ‘compelled to act as we had credible and reliable information about specific individuals who were yet more victims of the UK’s brutal deportation system’.

One of those on the flight was murderer Quam Ogumbiyi, who was jailed in 2004 for stabbing a man to death in front of his family in Harringay, North London.

Ogumbiyi, then 23, plunged a knife into Ibrahim Asik’s chest after wrongly accusing him of burgling his girlfriend’s flat.

Cemasik Asik, 32, one of Ibrahim’s sons, told last year how his father’s murder had a devastating impact on his family, leaving him and his two brothers homeless.

In 2011, Ogumbiyi was given an additional life sentence after he and two others carried out a knife attack on Bosnian war criminal Radislav Krstic in prison.

It is understood Ogumbiyi was deported to Nigeria two days after the protesters stopped the Stansted flight.

It adds: ‘We should not have been charged with a terror-related offence, let alone found guilty and we hope that the Court of Appeal will overturn our convictions.’

In August last year, their lawyers announced the activists had been granted permission to appeal against their convictions.

The plane had been chartered by the Home Office to remove 60 people to Nigeria, Ghana and Sierra Leone.

Those due to be removed included 25 criminals who had been imprisoned in UK jails for serious offences.

Of these 25 people, 19 were later deported but six remained in the UK as of July 2019, reported The Mail On Sunday.

At the time, two had been granted ‘temporary leave to remain’ while they tried to gain permanent residency rights.

Two were fighting their deportation in the courts, while two were waiting to be kicked out. The Home Office was asked today to clarify whether these figures have changed sine July 2019..

The three-day appeal, starting in London on Tuesday, will be heard by the Lord Chief Justice Lord Burnett, sitting with Mr Justice Jay and Mrs Justice Whipple.

The protesters all pleaded not guilty to the charge under the 1990 act.

When sentencing them, Judge Christopher Morgan said he accepted their intentions were to demonstrate, but stressed that they were still convicted of a ‘serious offence’ and while their intentions reduced their culpability the ‘harm in this case is great’.

In a statement ahead of their appeal, members of the Stansted 15 group said their ‘peaceful’ action ‘prevented people from being deported to places they were not safe’.

‘These people are friends, family members, neighbours, mums and dads of young children,’ the statement said.

Lawyers for the group are expected to argue the legislation used to convict the 15 is rarely used and not intended for this type of case, and that the Attorney General – who is required to sign off on the use of this legislation – should not have granted consent. 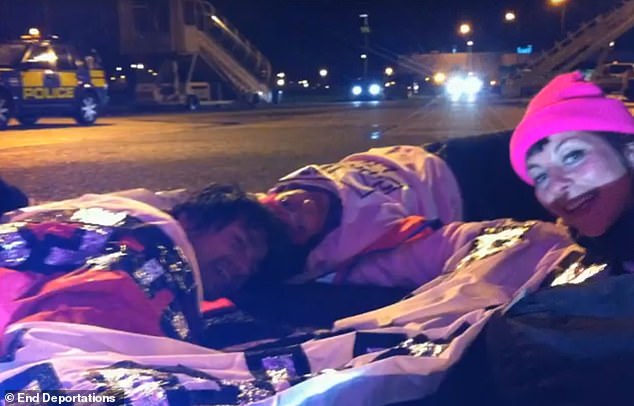 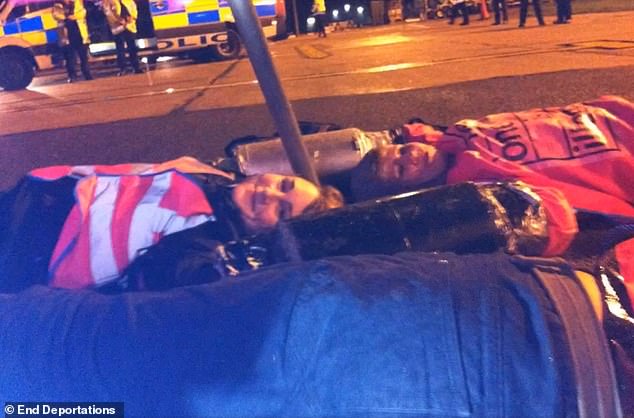 Raj Chada, a partner at Hodge Jones & Allen – which represents the group, said: ‘The Stansted 15’s actions are not covered by the terms of this legislation, nor should the Attorney general ever have been given consent.

‘There will be a chilling effect on the noble tradition in the UK, of dissent and direct action, if terror related offences are used against peaceful protestors.

‘Most importantly, there people who were due to be deported that night, but who the courts now accept have a right to stay. That would not have happened but for the actions of the Stansted 15’. 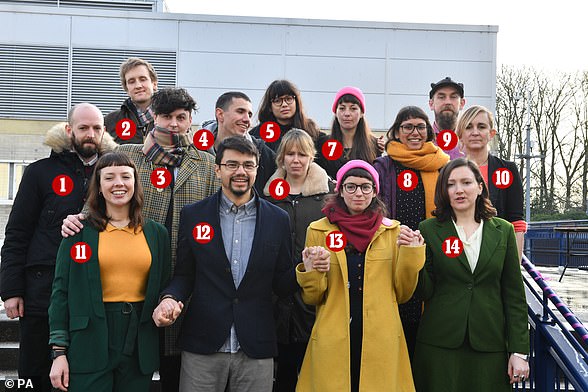 The 15 protesters who stopped criminals being deported at Stansted were found guilty under anti-terror legislation but were spared jail after the judge decided they were motivated by ‘genuine reasons’ and lacked ‘grievous intent’. They are pictured celebrating outside court in February 2019:

Not pictured: Melanie Strickland, 35. A solicitor who was part of a 2006 Heathrow protest.