STARBUCKS "Karen" – who claims to suffer from mask-acne – has threatened to sue a barista for "discriminating" when he told her to wear a mask as she entered the coffee shop in June.

Amber Lynn Gilles – who yelled at the barista for not serving her in a Starbucks in California – wants half of the $100,000 "tip" raised for the coffeehouse chain's employee. 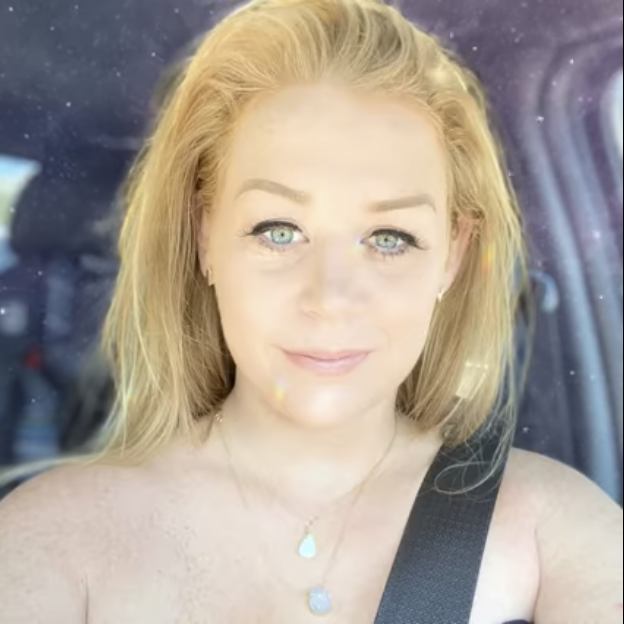 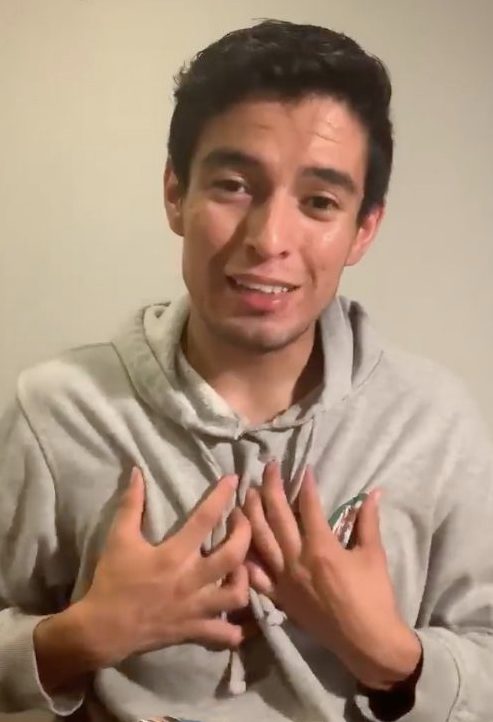 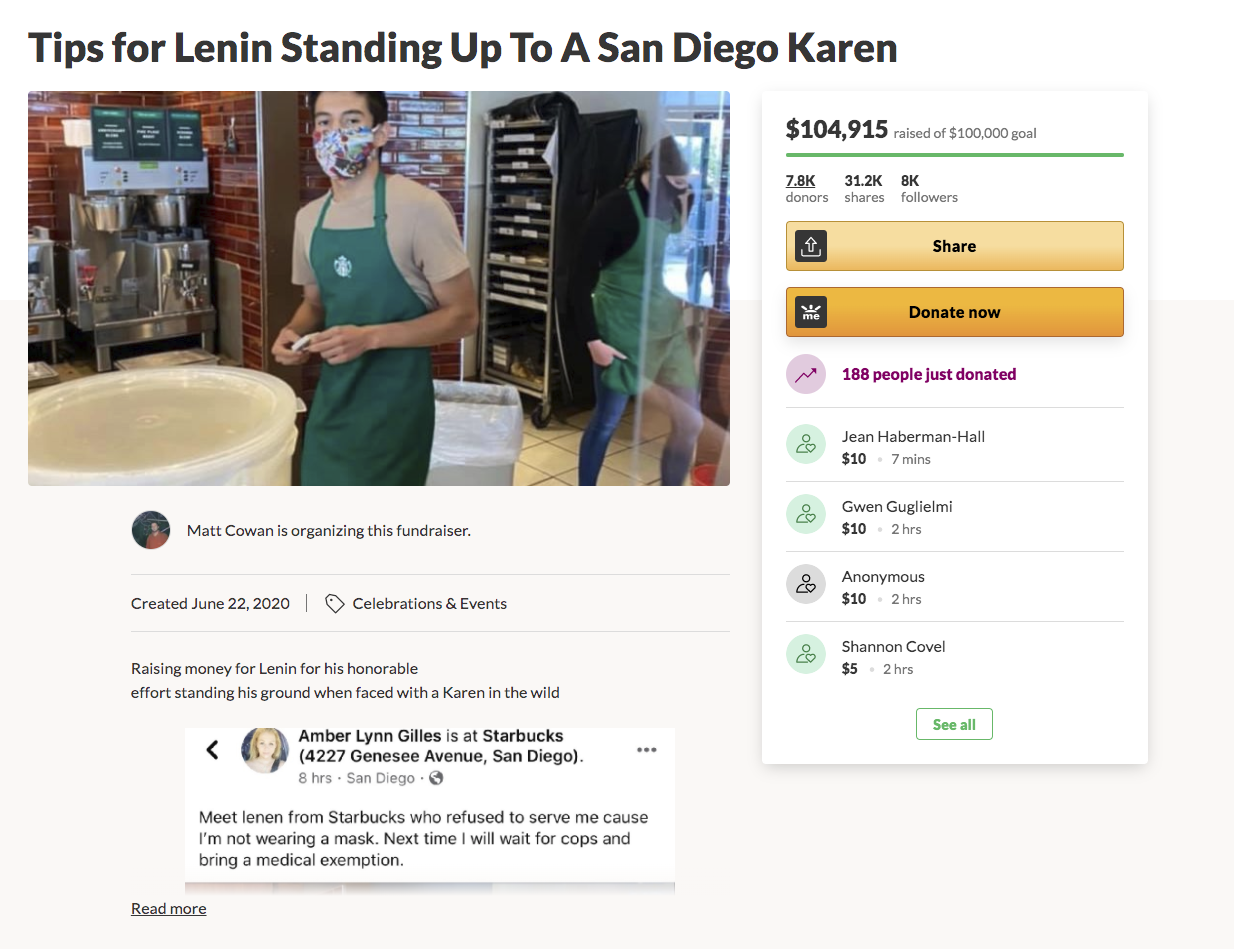 Gilles – who has been dubbed Starbucks "Karen" – decided not to follow COVID-19 regulations when she entered the coffee shop last month.

"Karen" has become a popular term to describe entitled middle-class white women who talk down to people of color.

The GoFundMe, titled Tips for Lenin Standing Up To A San Diego Karen and set up by Matt Cowan, was created on June 22 to show support for Gutierrez.

“Raising money for Lenin for his honorable effort standing his ground when faced with a Karen in the wild," the fundraiser's description read.

“Please note that all donations made to this GoFundMe are considered to be personal gifts to Lenin Gutierrez.”

More than $105,000 has been raised since the launch of the fundraising page.

All of the money will be given directly to Gutierrez, who "plans to use some of the money to pursue his dreams of becoming a dancer," the GoFundMe states.

Despite the money being raise solely for Gutierrez, Gilles wants half the profits.

In a recent interview with ABC 10News, Gilles said: “It was discrimination and everybody is OK with it and enabling and rewarding that behavior.

“I get shortness of breath, dizziness and it messes with the heartbeat.

"And I do have asthma as well, and I do get mask-acne. So there’s several things going on and not only that but it doesn’t even work.” 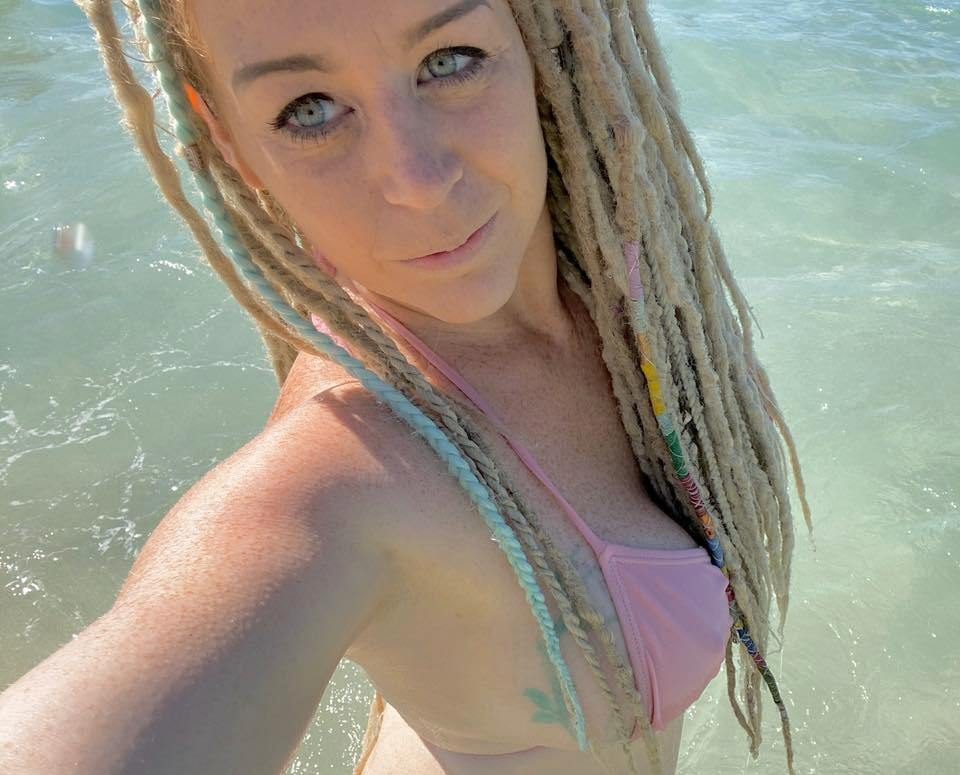 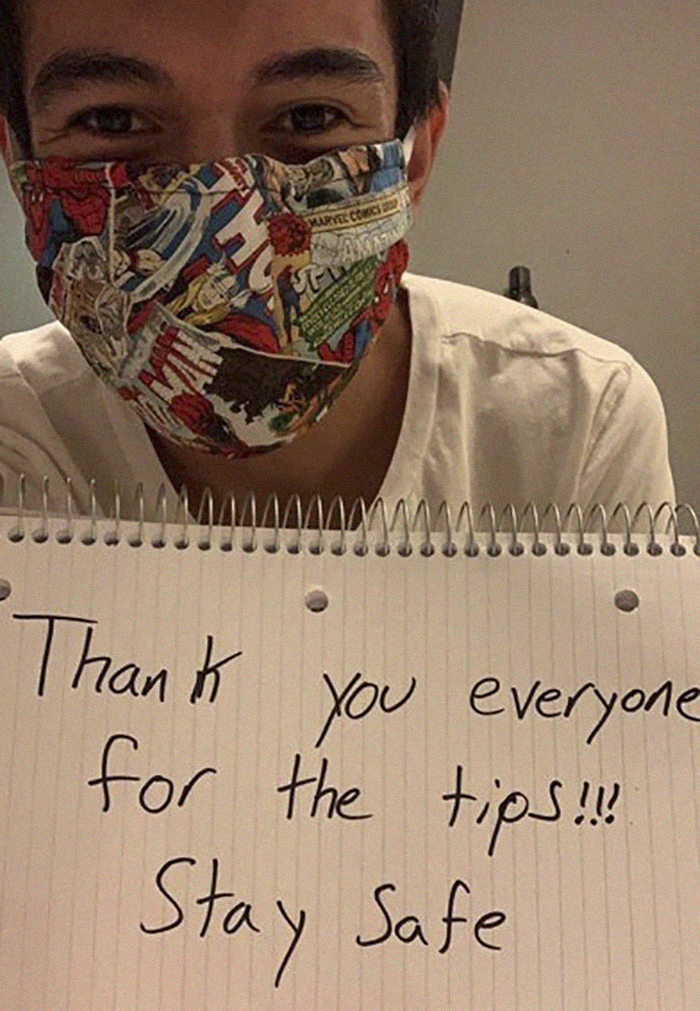 Two documents – a 2015 pelvic exam and a chiropractor's hand-written note – were given to the news outlet to show that Gilles is medically exempt from wearing a face covering.

The note, written by an unnamed San Diego chiropractor, read: "Amber has underlying breath conditions that prevent her from wearing a mask or any type of facial covering whatsoever."

According to ABC 10News, Gilles praised chiropractors for being "real doctors" when she was questioned on why she received a breathing-related medical exemption form a doctor of that field.

Gilles refused to apologize and said: "I feel like I need the apology. I’ve been discriminated against, I’m the one who’s sick.”

She has also created her own GoFundMe to raise money for lawyers if she chooses to follow through with a lawsuit. 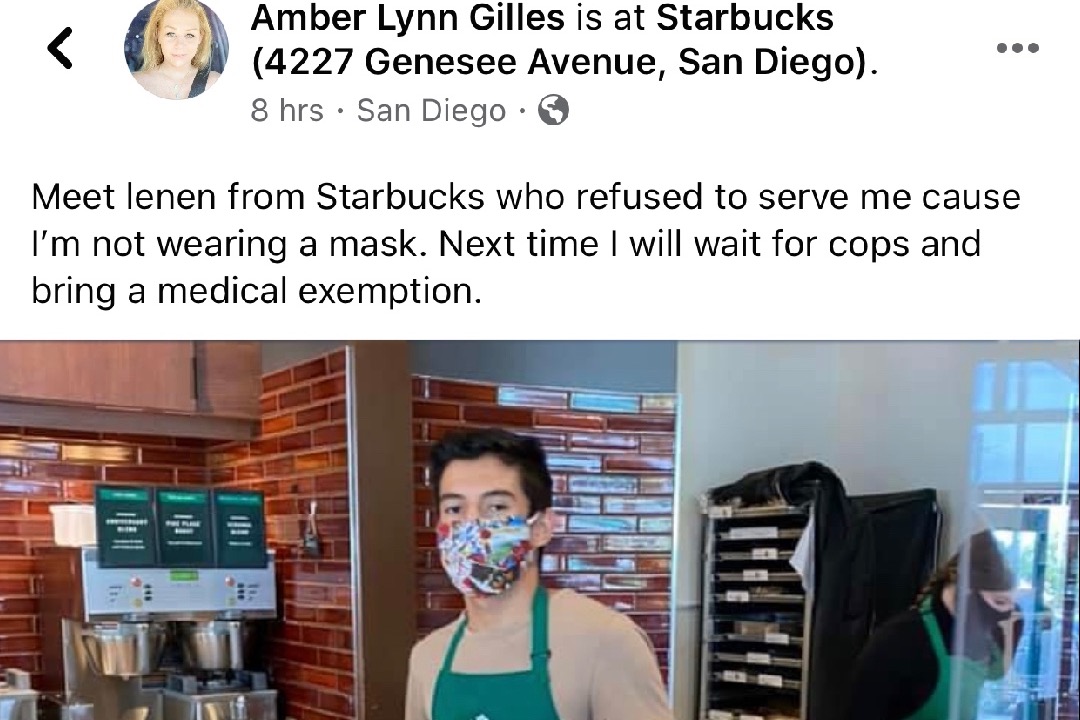 Earlier this month, Gilles said that she wanted the money "because they're using me to get it," the New York Times reported.

Gilles, who also claimed to be shocked with the attention the incident had accumulated, said in an interview: “They’re using my name, they’re using my face, and they’re slandering me."

Gilles attempted to get back at Gutierrez after he didn’t serve her a drink by taking to Facebook and sharing a photo of him.

She wrote: “Meet Lenen from Starbucks who refused to serve me cause I’m not wearing a mask.

“Next time I will wait for cops and bring a medical exemption.”

In response to the "love and support" shared by many on social media and by those who decided to donate, Gutierrez posted a short video reply to Facebook to express his gratitude.

He also explained his side of the story, and said he was abiding by company policy and Gilles had taken his name and photo and said she would take the issue further.

Transport Secretary Grant Shapps announced that from June 15 it will be mandatory for people to wear face coverings on public transport.