A rare ‘derecho’ storm brought havoc as 100mph gales ripped through large parts of the Midwest, smashing through Chicago and into Indiana and Michigan.

Trees were blown over, vehicles flipped and homes wrecked as 1.1million people were left without power. 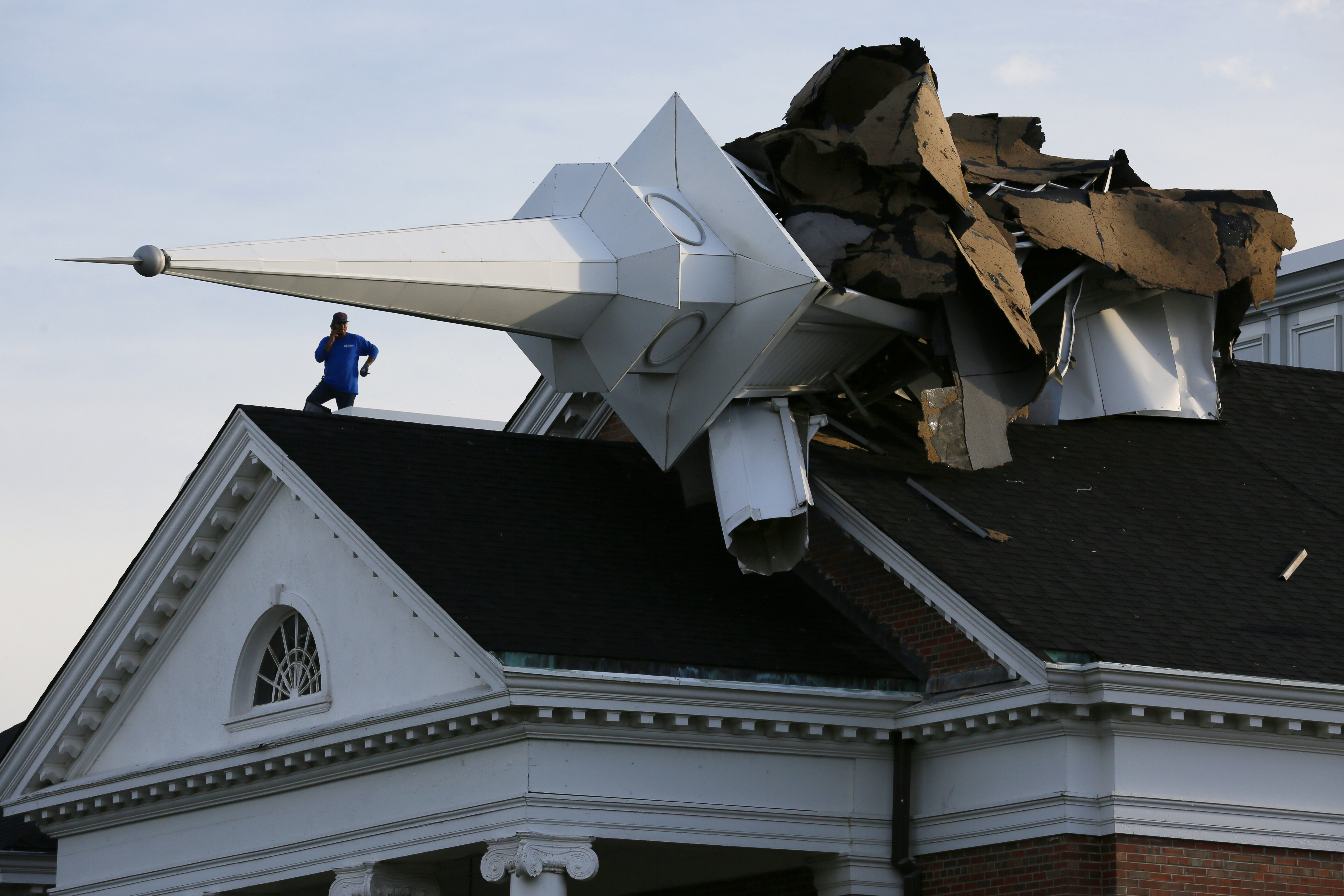 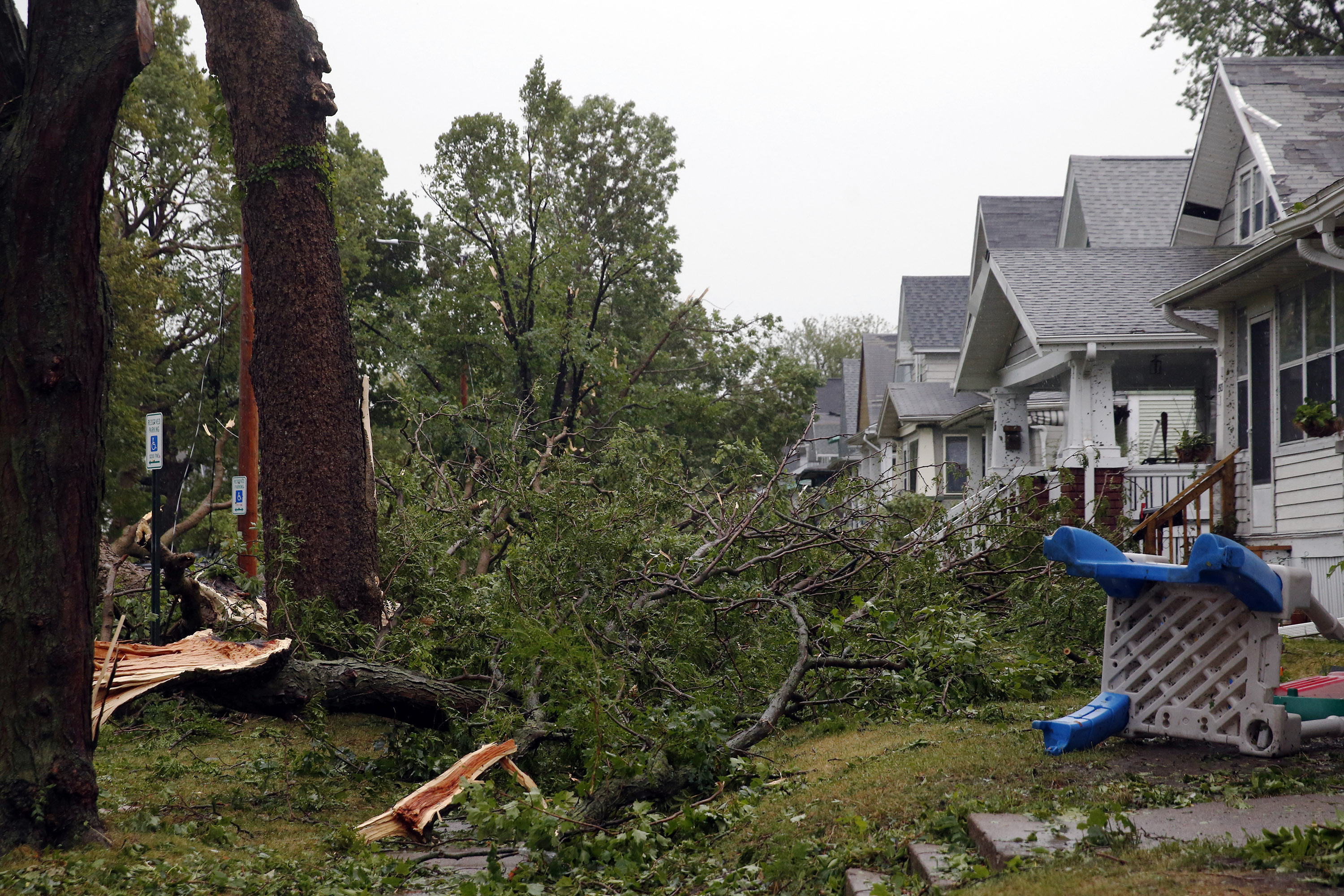 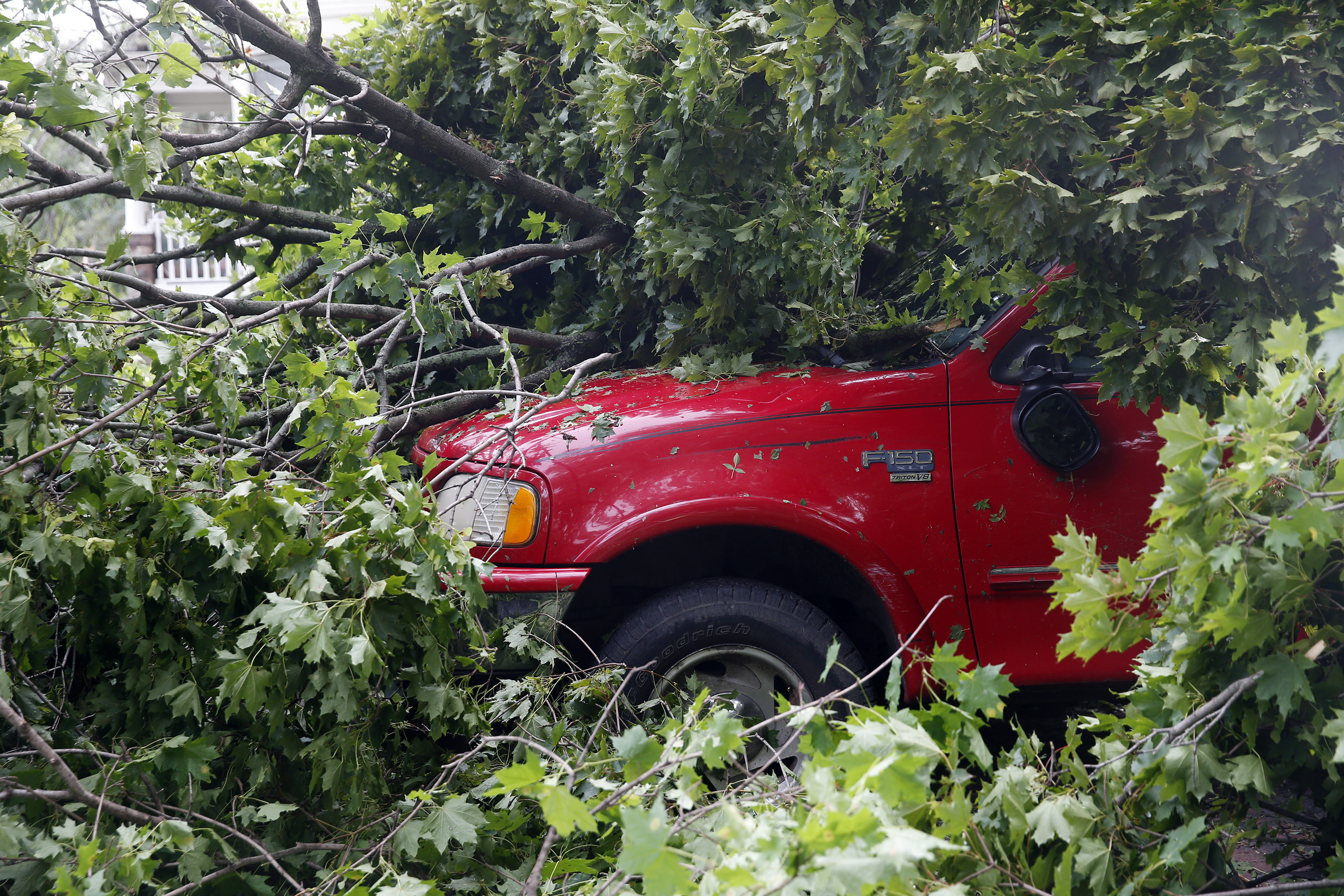 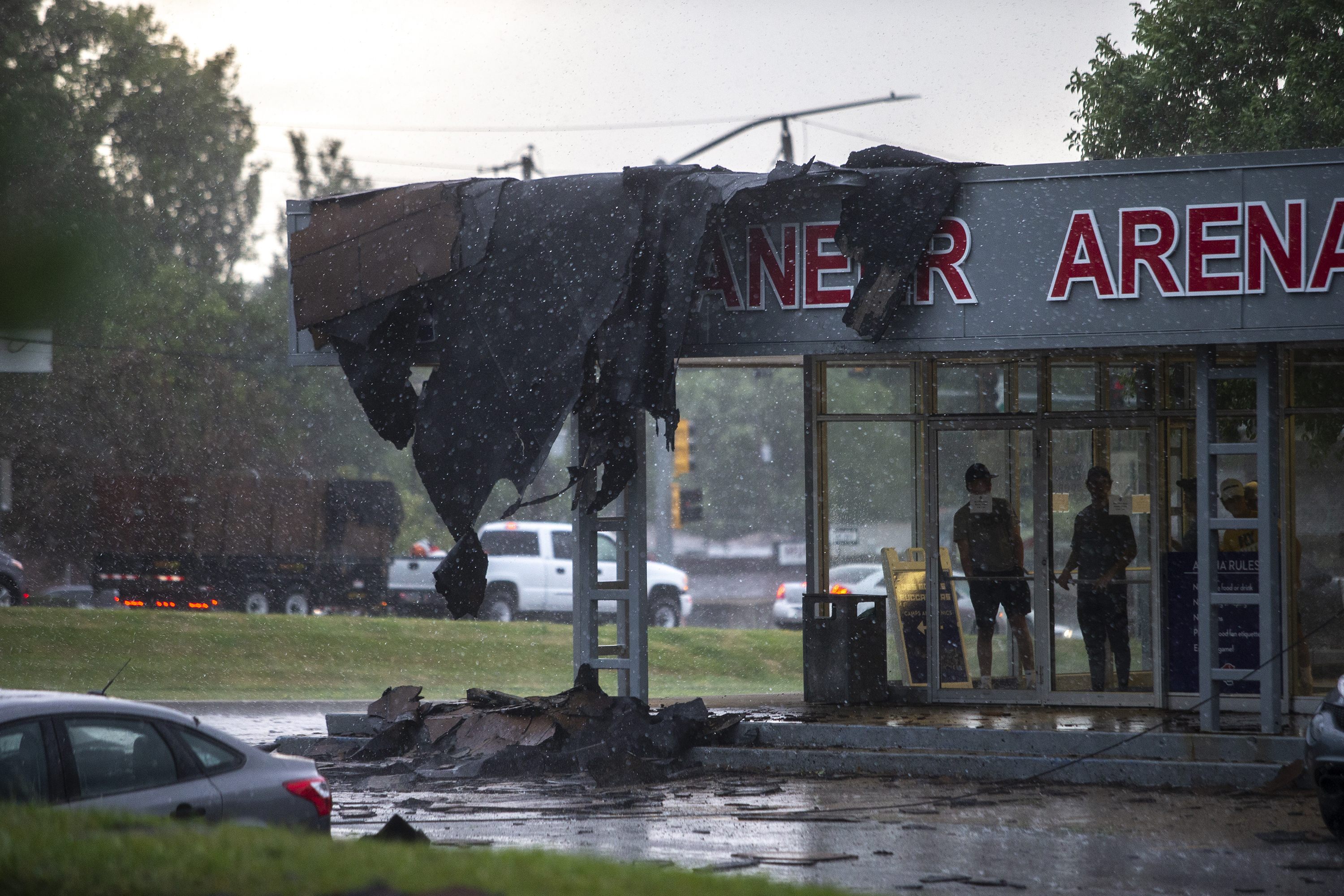 The ‘derecho’ storm, which is similar to an inland hurricane, lasted several hours as it tore from eastern Nebraska across Iowa and parts of Wisconsin and Illinois, had the wind speed of a major hurricane, and likely caused more widespread damage than a normal tornado, said Patrick Marsh, science support chief at the National Weather Services Storm Prediction Center in Norman, Oklahoma.

Chicago was hit by the storm following a night of looting and widespread disturbances which saw 13 cops injured and more than 100 arrests.

protesters clashed with police following rumors a child had been shot by cops, though law enforcement said the suspect was 20-years-old.

In northern Illinois, the National Weather Service reported a wind gust of 92 mph near Dixon, about 100 miles west of Chicago, and the storm left downed trees and power lines that blocked roads in Chicago and its suburbs.

After leaving Chicago, the most potent part of the storm system moved over north central Indiana by late afternoon.

“It ramped up pretty quick around 7am Central time in Eastern Nebraska. I don’t think anybody expected widespread winds approaching 100, 110 mph,” Marsh said.

“A derecho is not quite a hurricane. It has no eye and its winds come across in a line. But the damage it is likely to do spread over such a large area is more like an inland hurricane than a quick more powerful tornado,” Marsh said.

He compared it to a devastating Super Derecho of 2009, which was one of the strongest on record and traveled more than 1,000 miles in 24 hours, causing $500million in damage, widespread power outages and killing a handful of people.

“This is our version of a hurricane,” said Northern Illinois University meteorology professor Victor Gensini. 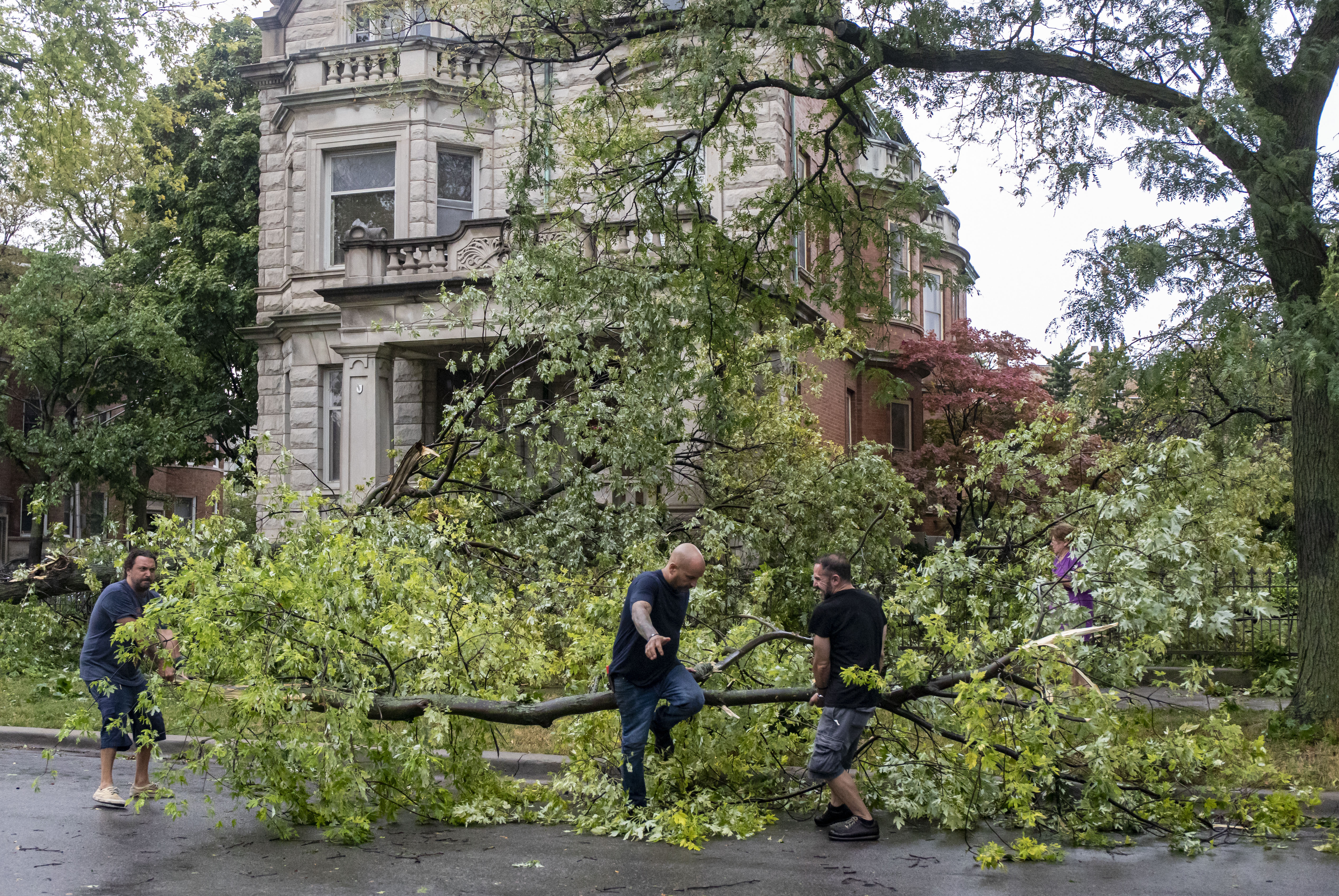 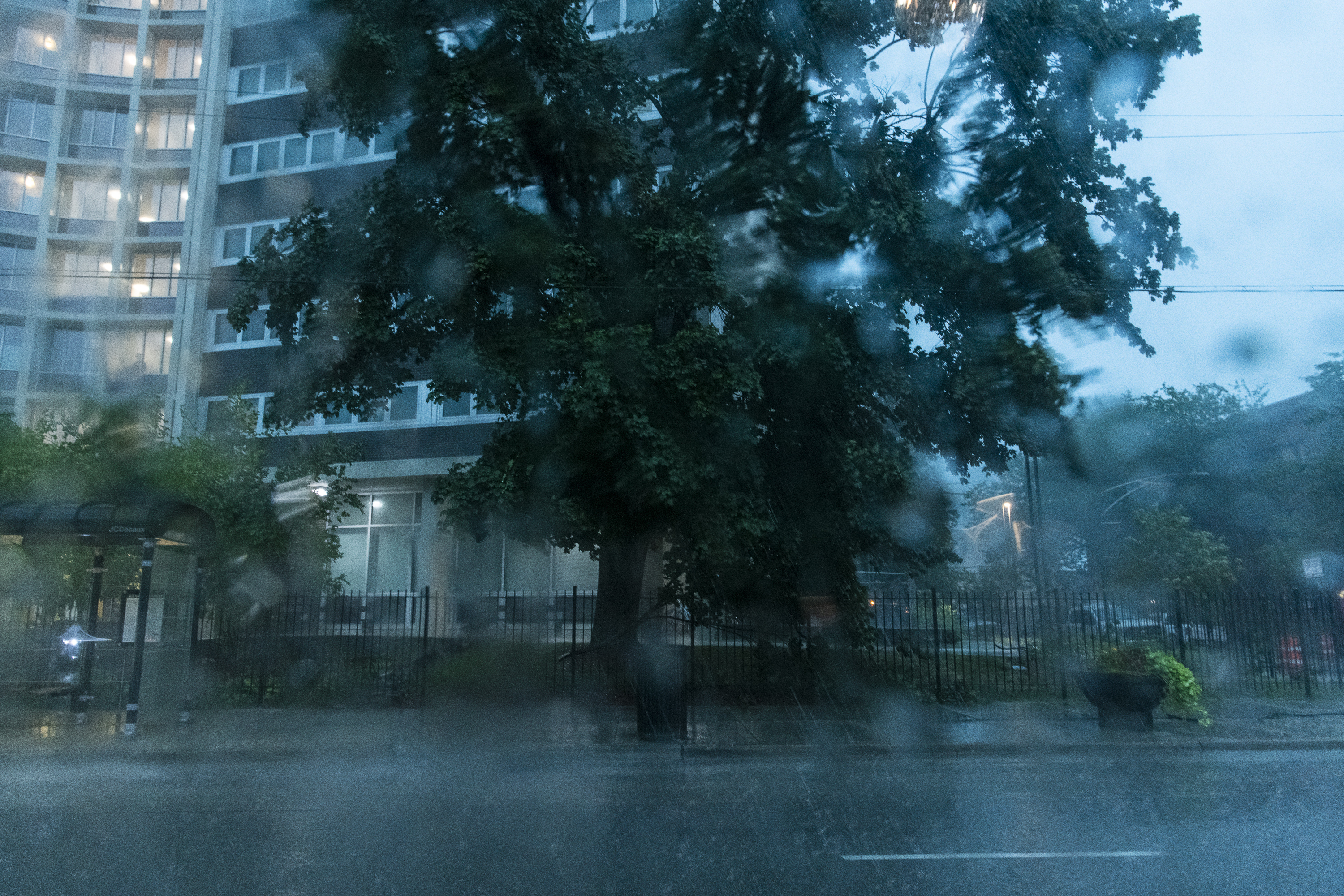 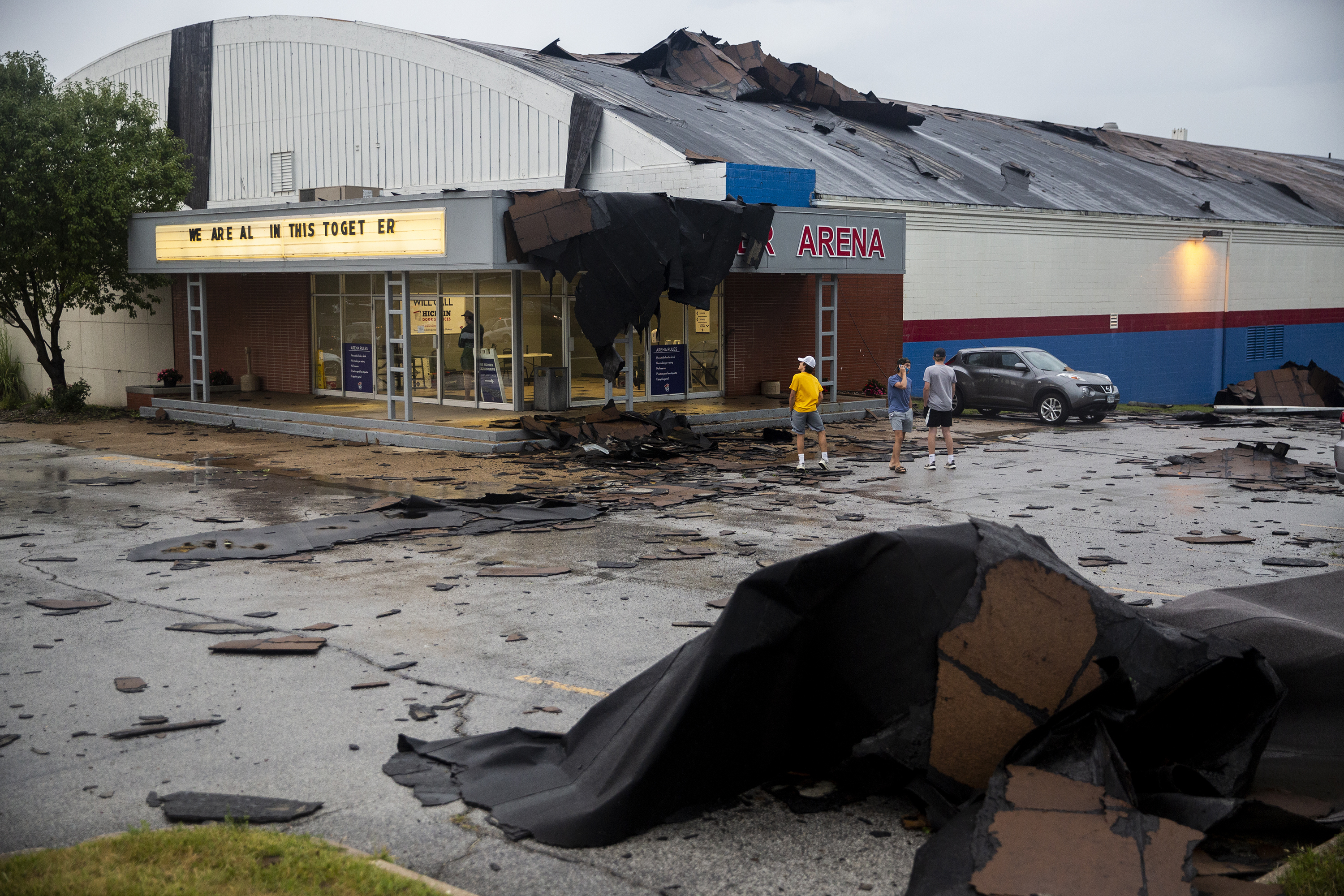 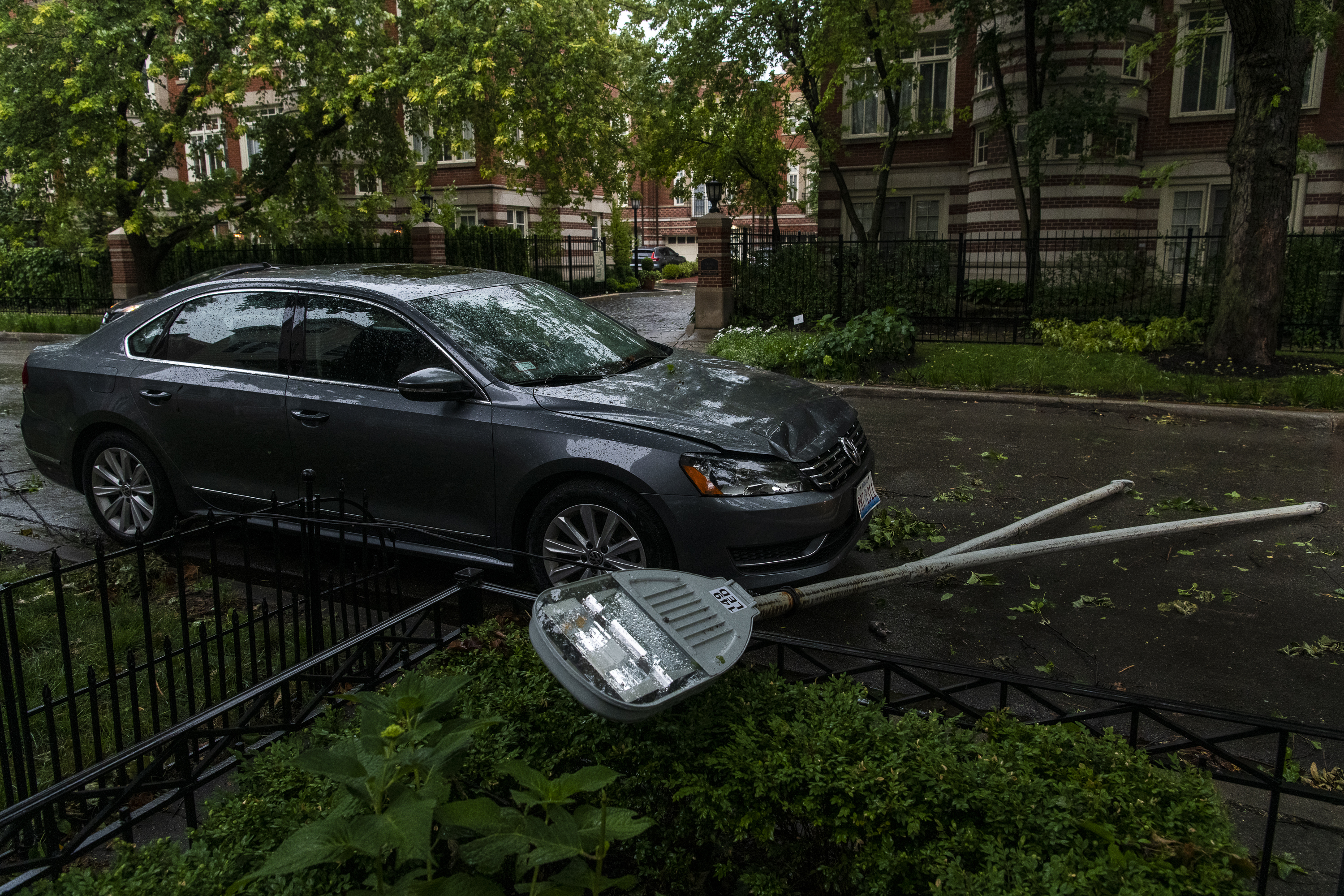 He said Monday's derecho will go down as one of the strongest in recent history and be one of the nation's worst weather events of 2020.

Several people were injured and widespread property damage was reported in Marshall County in central Iowa after 100 mph winds swept through the area, said its homeland security coordinator Kim Elder.

“We had quite a few people trapped in buildings and cars,” Elder said, adding that the extent of injuries was unknown and no fatalities had been reported. “We’re in life-saving mode right now."

Marshalltown Mayor Joel Greer declared a civil emergency, telling residents to stay home and off the streets so that first responders could respond to calls.

MidAmerican Energy said nearly 101,000 customers in the Des Moines area were without power after the storm moved through the area.

Reports from spotters filed with the National Weather Service in Des Moines had winds in excess of 70 mph.

Roof damage to homes and buildings was reported in several Iowa cities, including the roof of a hockey arena in Des Moines.

Across the state, large trees fell on cars and houses. Some semi-trailers flipped over or were blown off highways.

Farmers reported that some grain bins were destroyed and fields were flattened, but the extent of damage to Iowa’s agriculture industry wasn’t immediately clear.

MidAmerican spokeswoman Tina Hoffman said downed trees made it difficult in some locations for workers to get to power lines. In some cases, power line poles were snapped off.

"It’s a lot of tree damage. Very high winds. It will be a significant effort to get through it all and get everybody back on," Hoffman said. "It was a big front that went all the way through the state."

Tens of thousands of people in the metro area were without power.

We have damage to homes and businesses, including siding and roofs damaged, he said. Trees and power lines are down throughout the entire city.

Cedar Rapids on Monday night issued a 10pm curfew that will continue until further notice, as crews worked to clean up fallen debris. 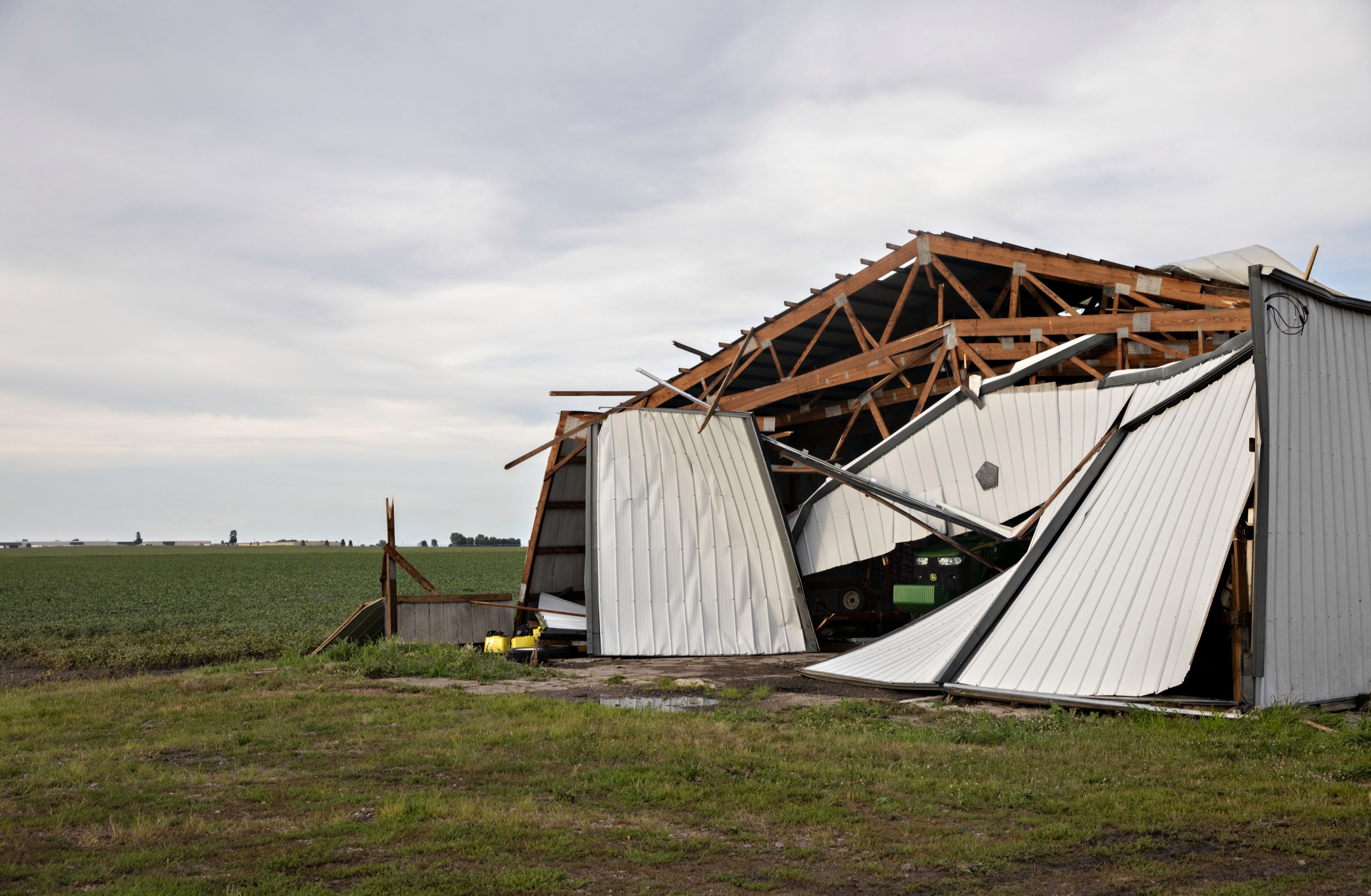 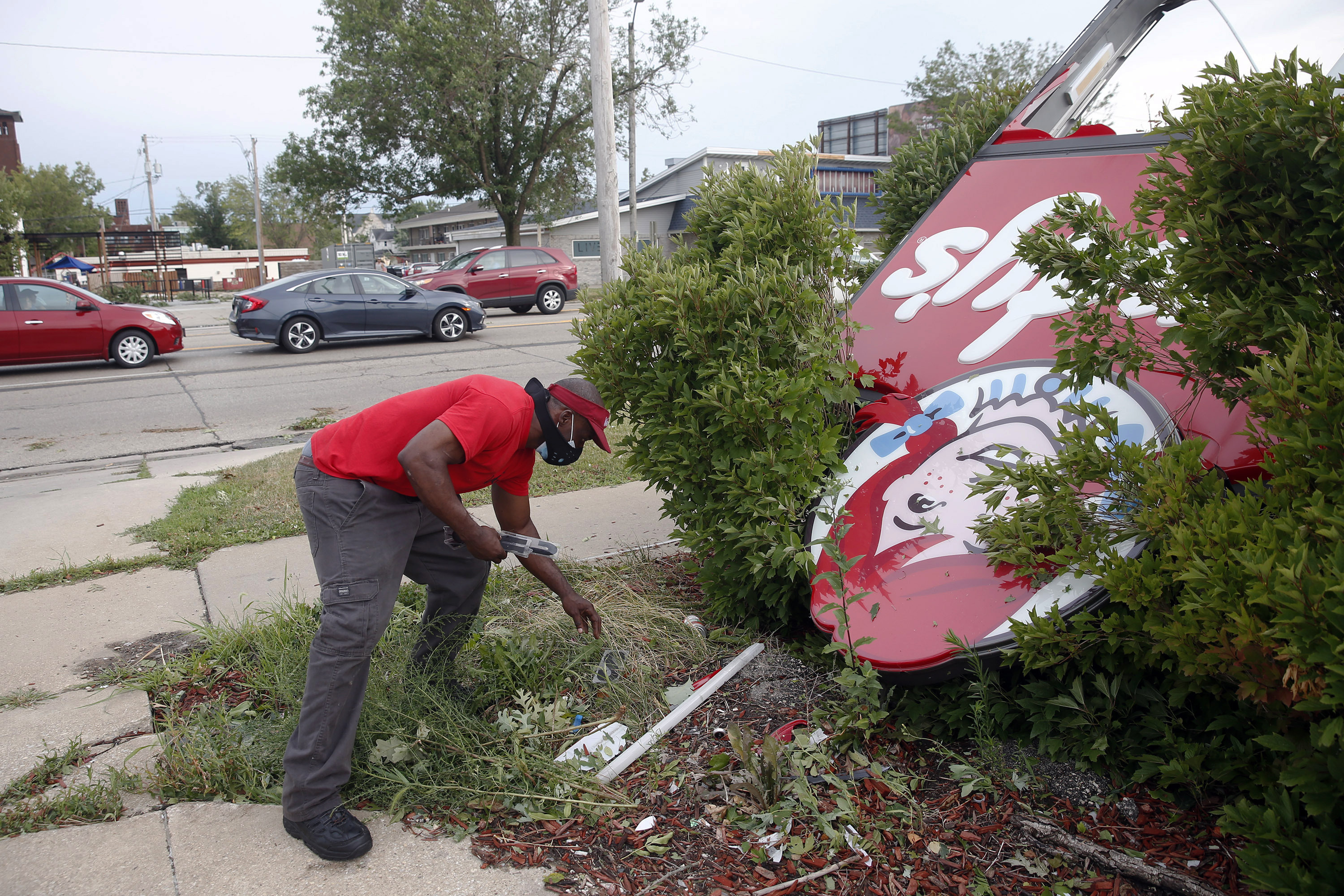 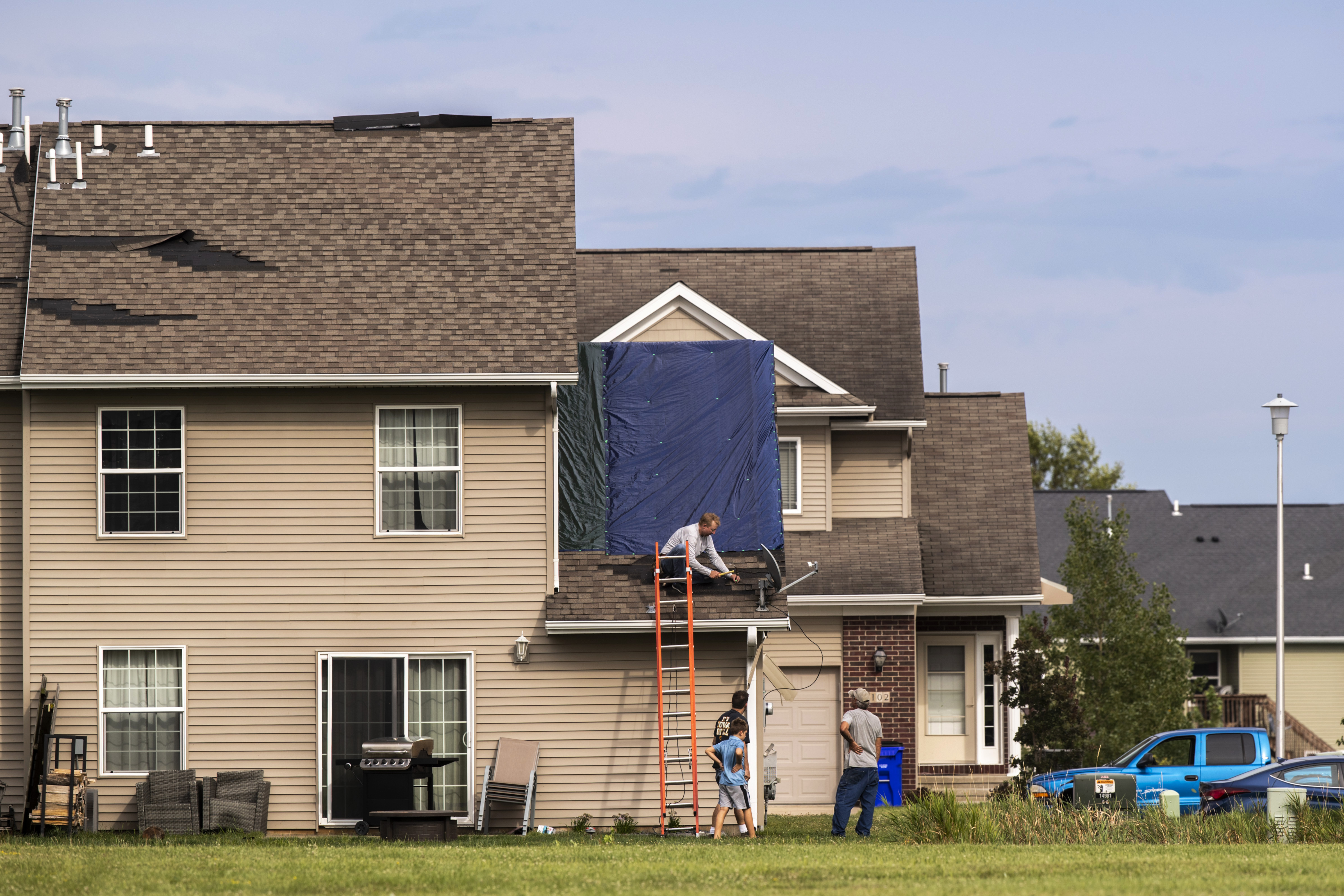 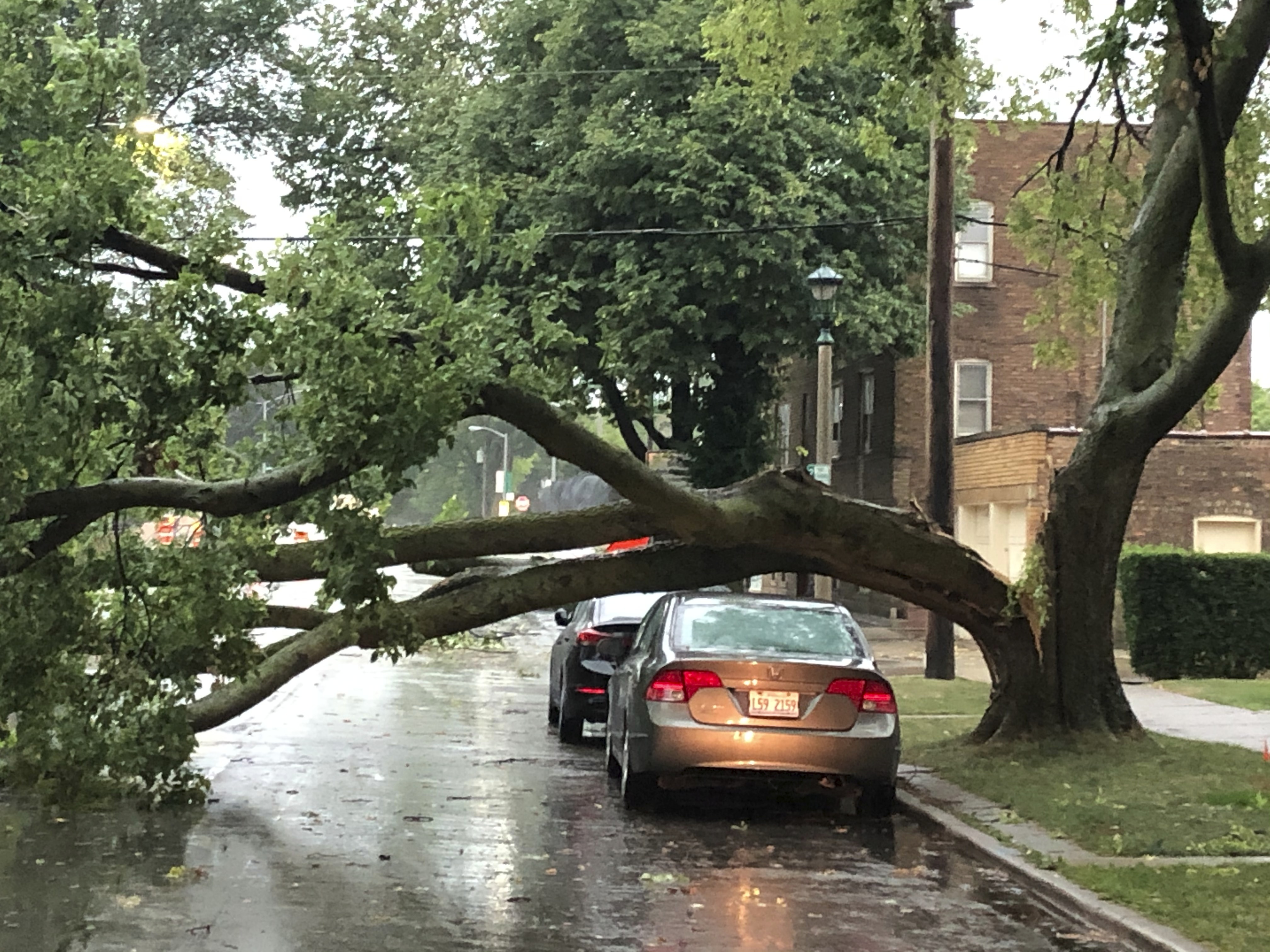 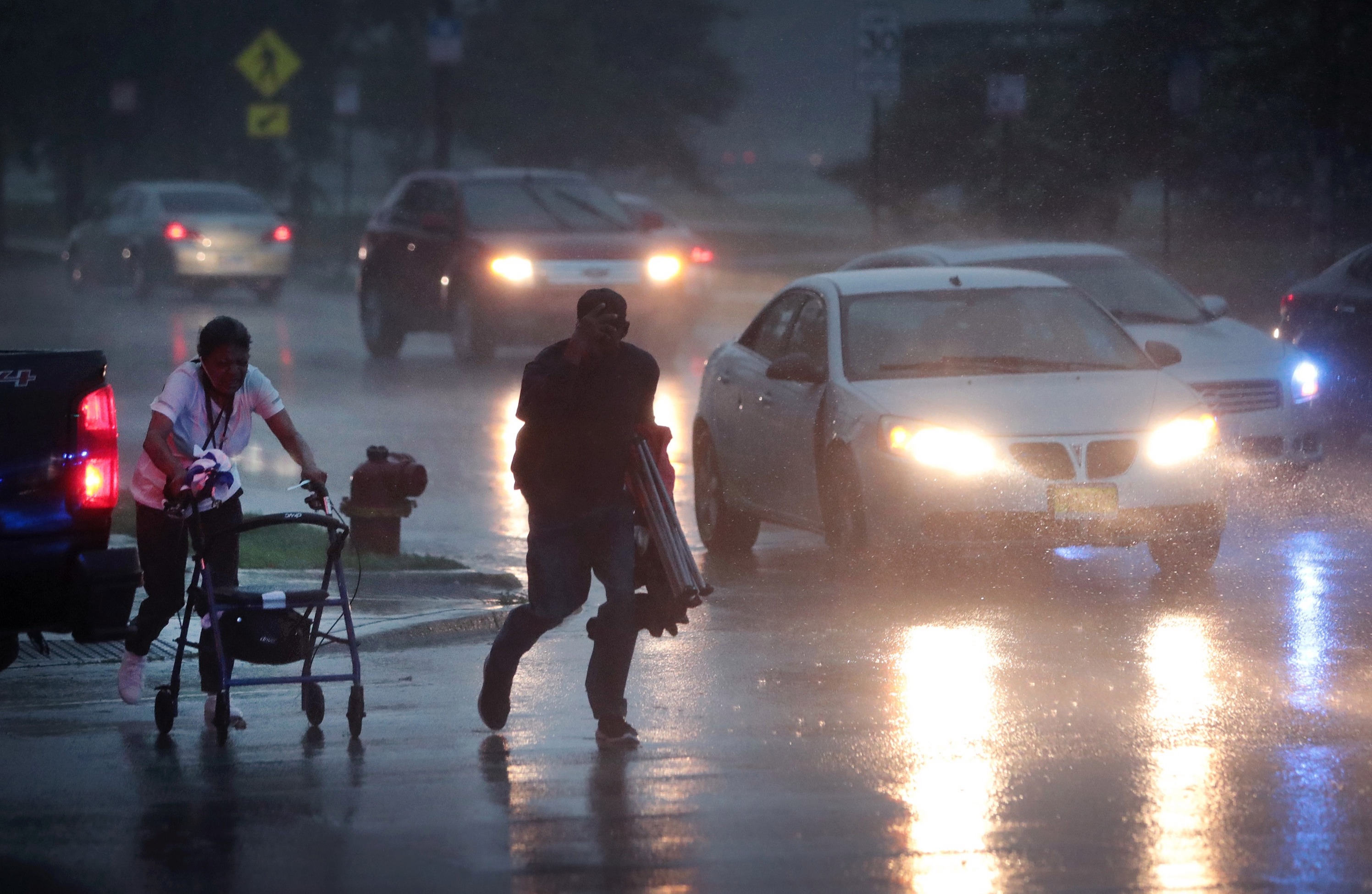 What makes a derecho worse than a tornado is how long it can hover in one place and how large an area the high winds hit, Marsh said.

What happened Monday morning was the result of unstable, very moist air that had parked for days over the northern plains and finally ramped up into a derecho.

"They are basically self-sustaining amoebas of thunderstorms," Gensini said. "Once they get going like they did across Iowa, it's really hard to stop these suckers."

Derechoes, with winds of at least 58 mph, occur about once a year in the Midwest.

Rarer than tornadoes but with weaker winds, derechoes produce damage over a much wider area.

The storms raced over parts of eastern Nebraska before 9am Monday, dropping heavy rains and high winds.

Once that rain-cooled air hit the ground, it surged over 100 miles, sending incredibly strong winds over the area, Barjenbruch said. 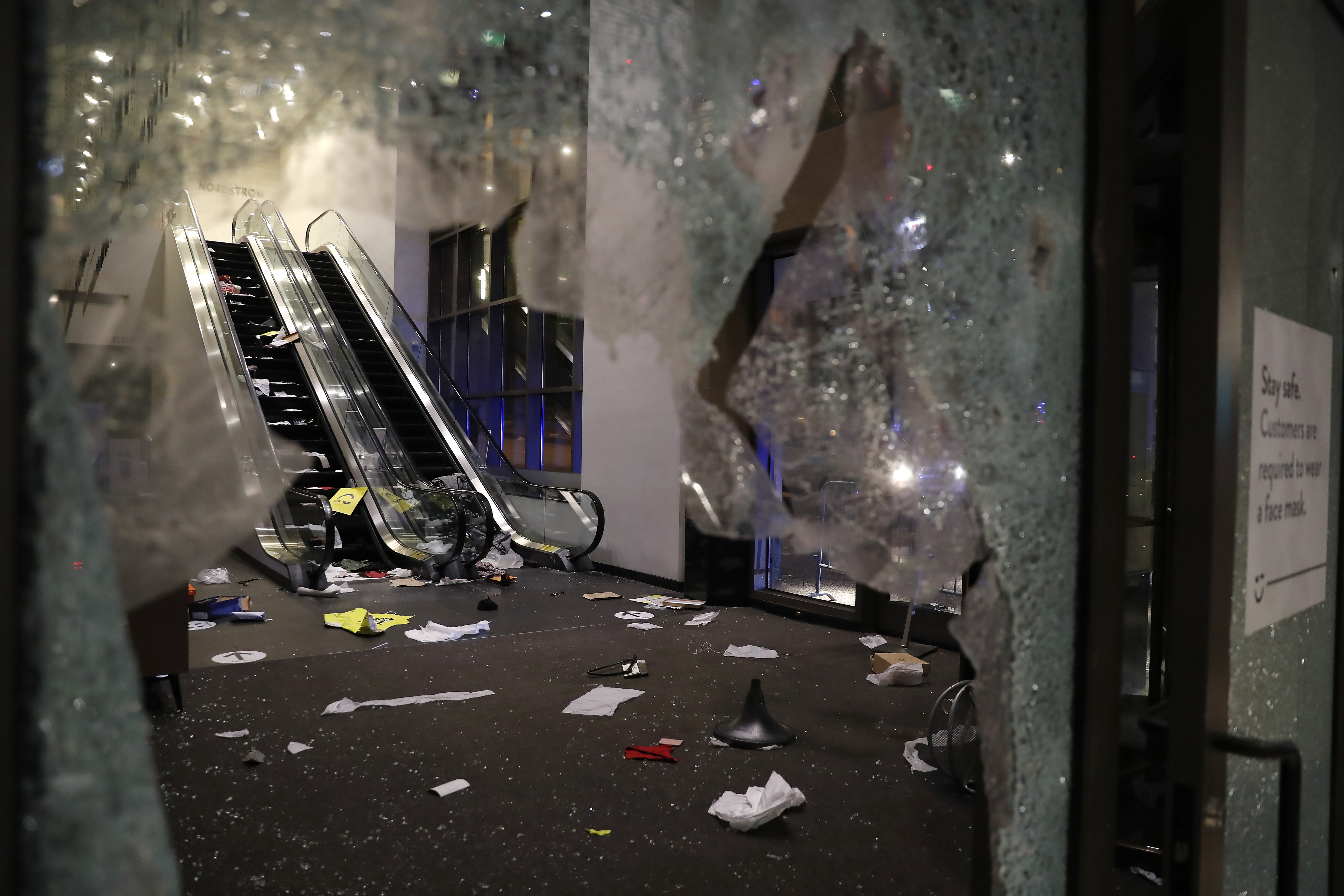 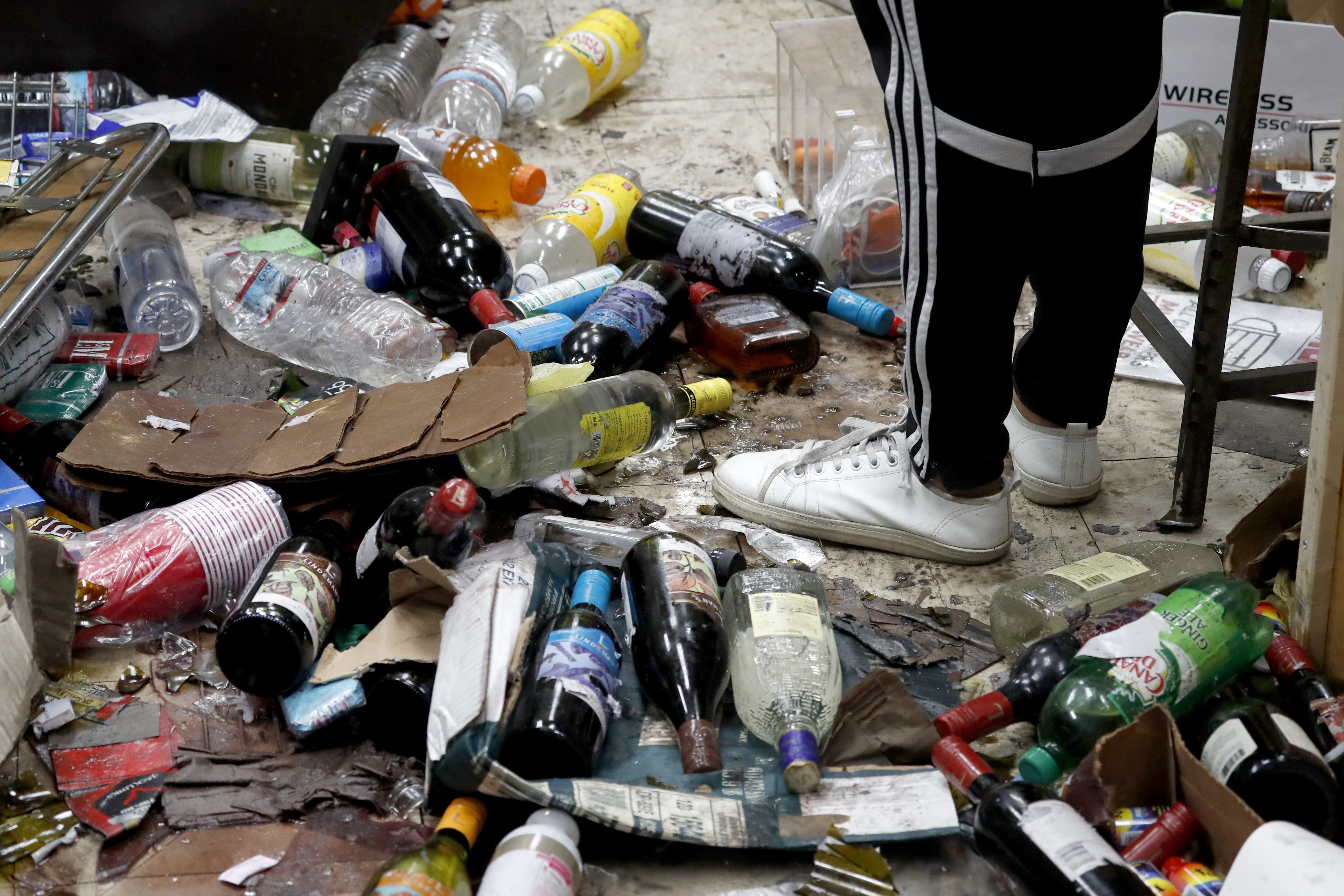 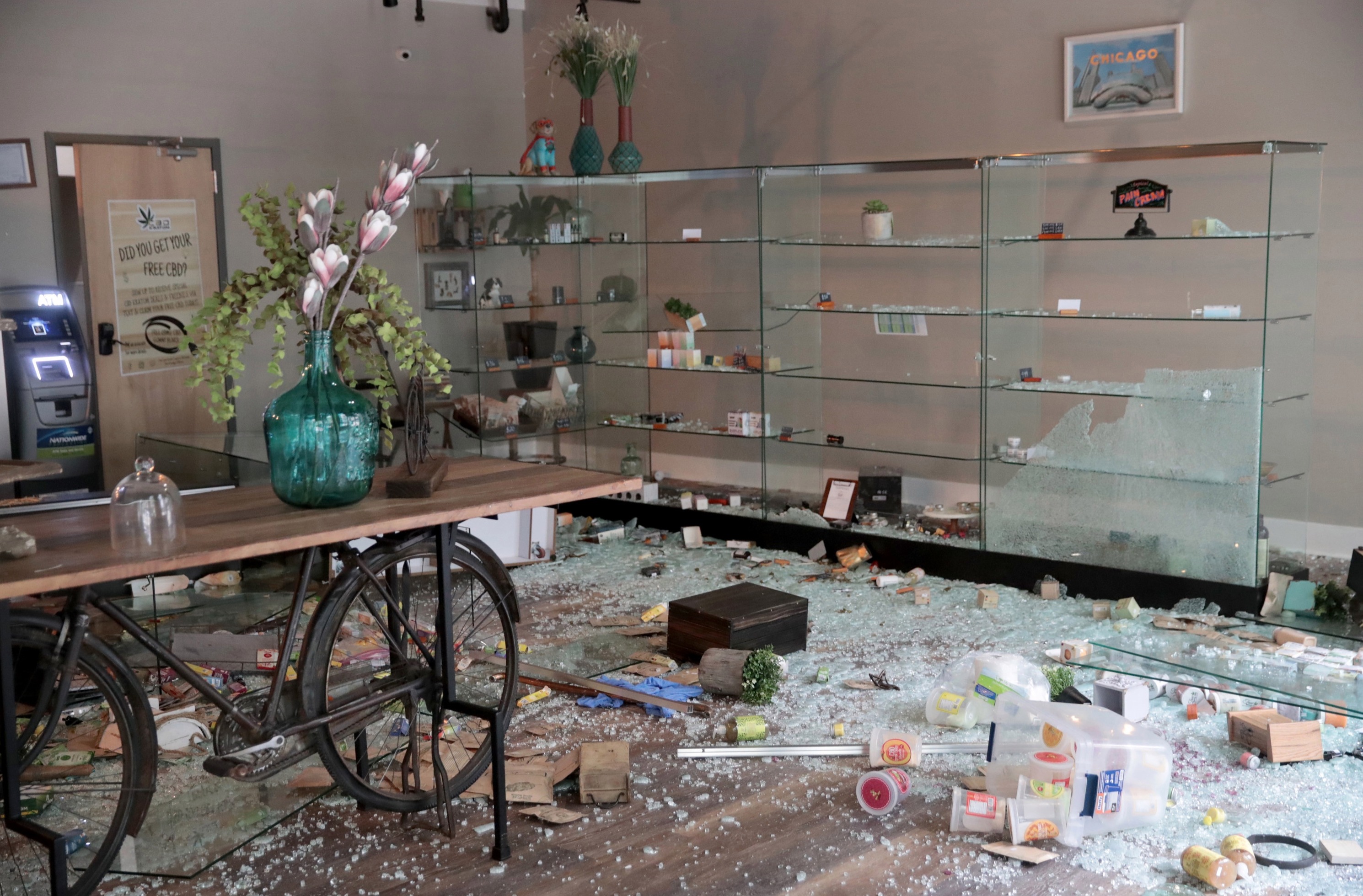