The book contains plenty of lurid and unproven claims about her "fling" with Donald Trump and more secrets about her troubled life. 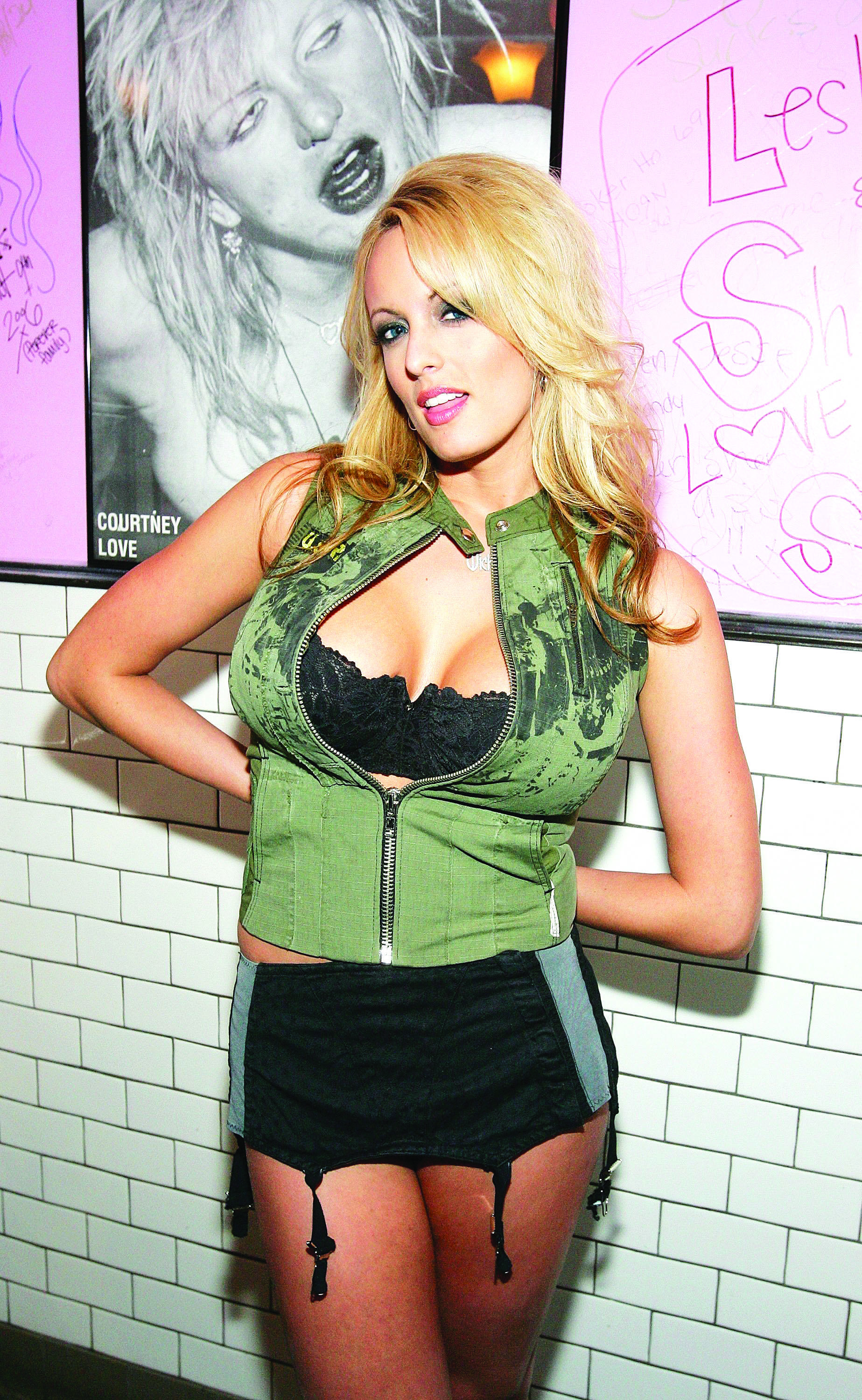 The 39-year-old claims she penned 'Full Disclosure' so she could finally tell "the full story" of the supposed romp in Nevada in 2006.

In it, she denies claims she is a gold digger out to make a quick buck but admits "I should be living in a trailer…with six kids and no teeth.”

“I own my story and the choices I made,” she says of the book. “They may not be the ones you would have made, but I stand by them.”

Trump has vehemently denied the fling but admitted reimbursing his lawyer for a $130,000 hush-money payment to the adult entertainer.

The only thing which is sure is that for an alleged romp that lasted minutes, Daniels seems to be getting more than her fair share of fame.

Here are some of the book's other headline-grabbing claims…

She feared husband would kill himself over 'Trump romps' 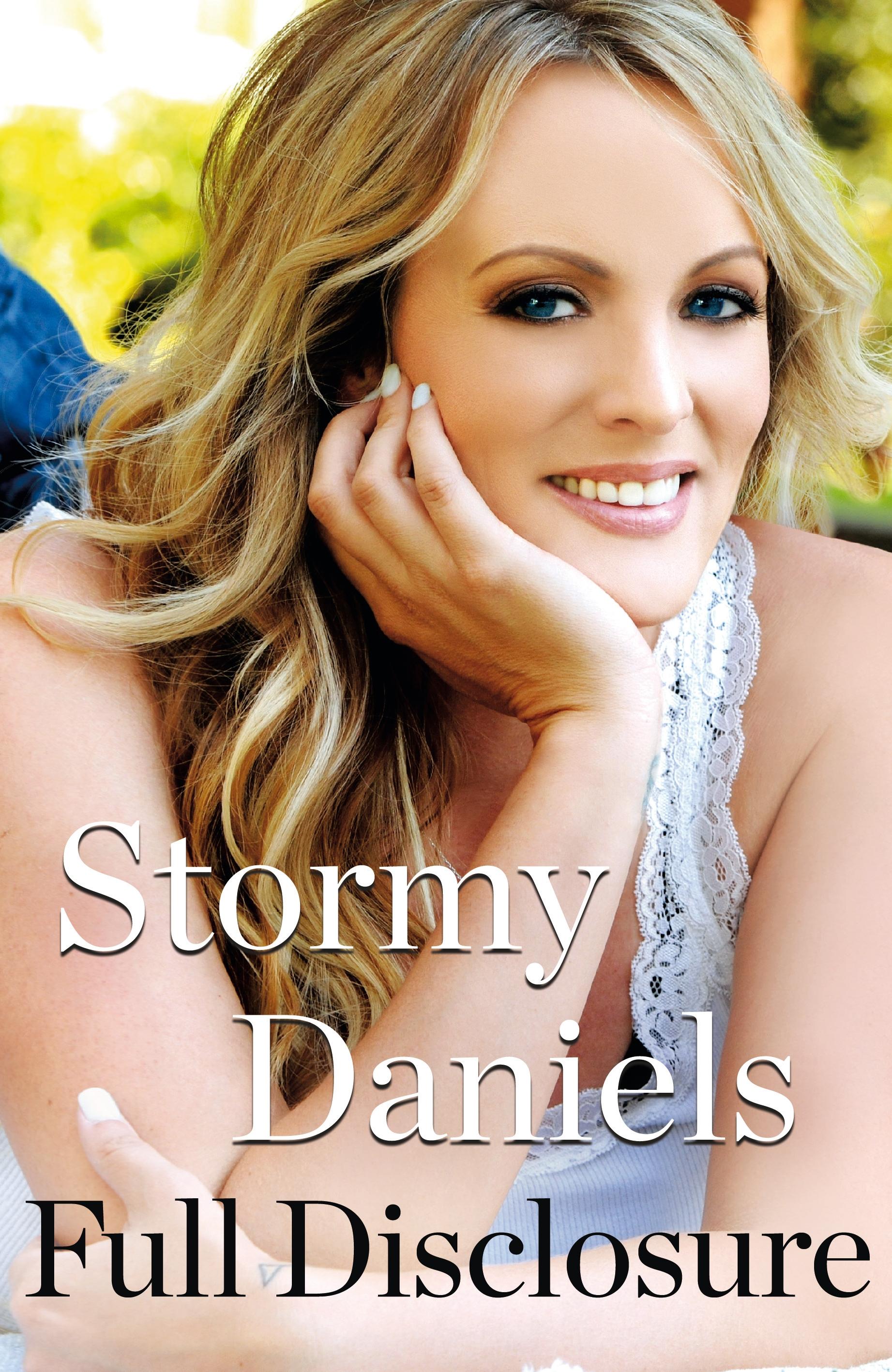 Daniels writes she feared her husband would kill himself if she told him the truth about her alleged sexual encounter with Trump.

"Everyone knew but me!” her husband said, according to the book. She told Crain she was worried if she told the truth, he would harm himself.

For the rest of their young daughter’s life, Daniels writes, “she’d have to live with ‘When my mom told my dad what she did, he killed himself.’”

Trump 'loved' Hillary and had no desire to be President 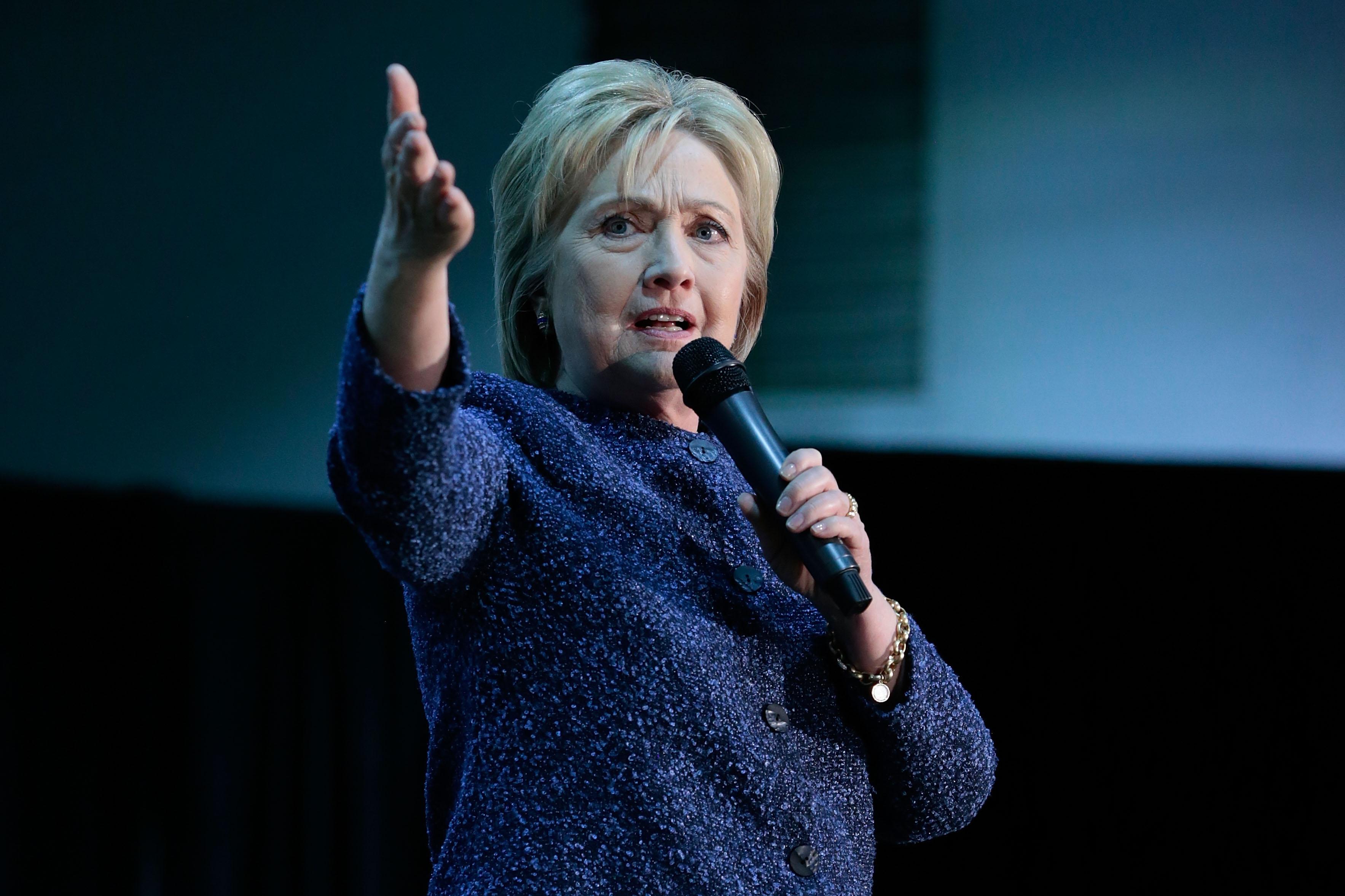 Daniels claims Trump and Hillary Clinton once plotted about the 2008 election in a phone call she overheard while in a hotel room with the tycoon.

The unlikely conversation is said to have happened while she and her alleged lover were watching a Discovery Channel 'Shark Week' TV special.

She writes Trump received a call from Clinton, who at the time was seeking the Democratic Party's nomination for president against Barack Obama.

“He had a whole conversation about the race, repeatedly mentioning our plan”, she writes before adding "his attention kept going back to the sharks.”

"I love her," Trump said afterwards of Clinton, according to Daniels. "She is so smart."

Daniels claims he also told her he had been asked to run for President himself, but he responded, "Who would want to? This is way more fun."

Trump 'wanted Daniels to star' on his show The Apprentice 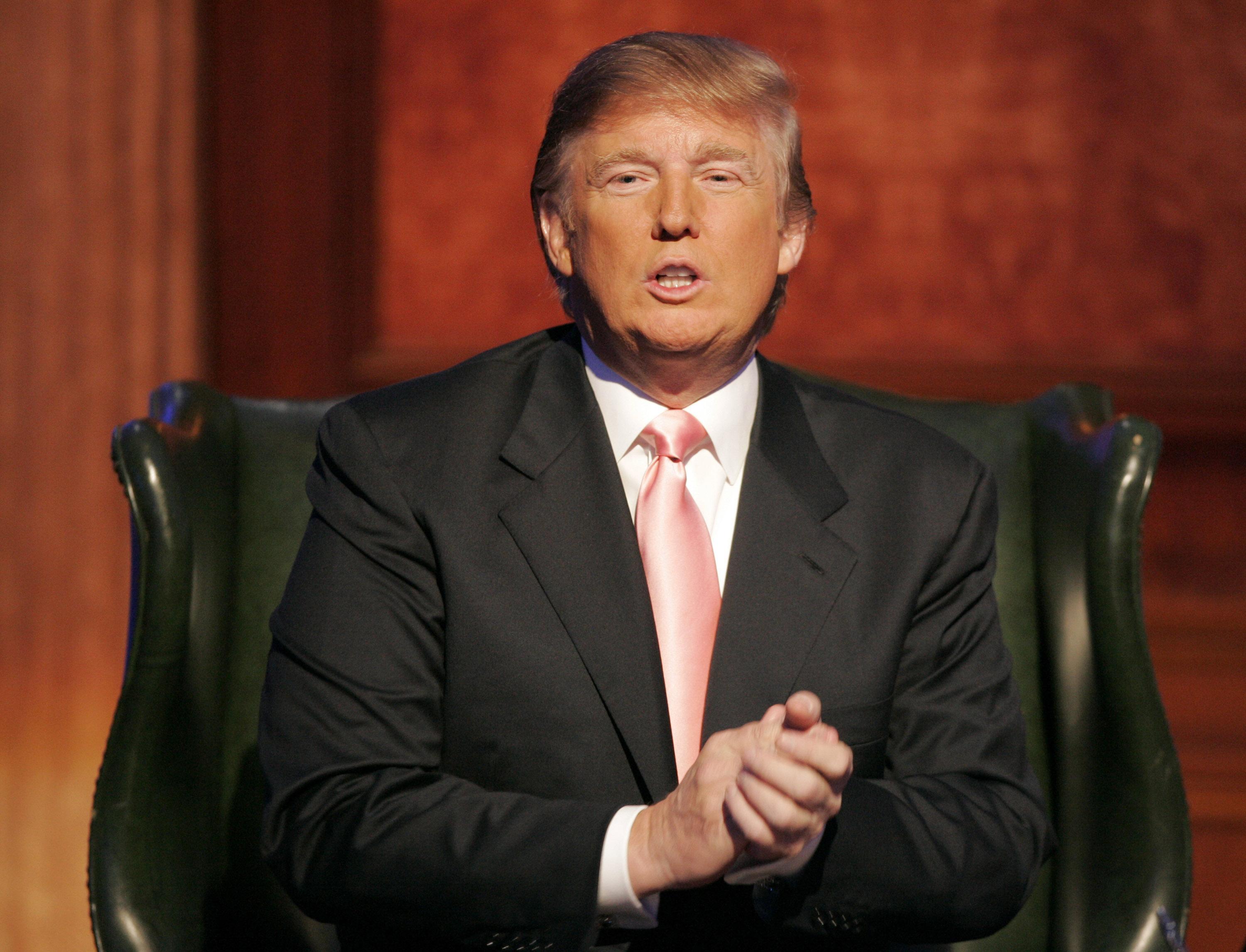 Daniels claims the property magnate promised to cast her in a season of his hit reality TV series 'The Apprentice'.

Daniels quotes him as saying “We’ll figure out a way to get you the challenges before. We can devise your technique.”

She writes: “He was going to have me cheat and it was 100 per cent his idea.”

Daniels writes that for years afterwards the sight of  TV caused her to think: “‘I had sex with that’, I’d say to myself. Eech.”

Daniels planned her will over fears she would be 'murdered'

After talking about the alleged fling on the US TV show '60 Minutes', Daniels claims she received about 'a hundred' hate messages.

"Your child should be euthanised," one particularly chilling message read, "because she would be better off than with you."

The X-rated actress claims she became so concerned she even asked a friend to record her parting wishes in an impromptu will.

"I had lived alone with the fear of being murdered to ensure my silence for so long that now that the world was discussing the death threats against me, I felt like I finally had some company in my concern," she writes 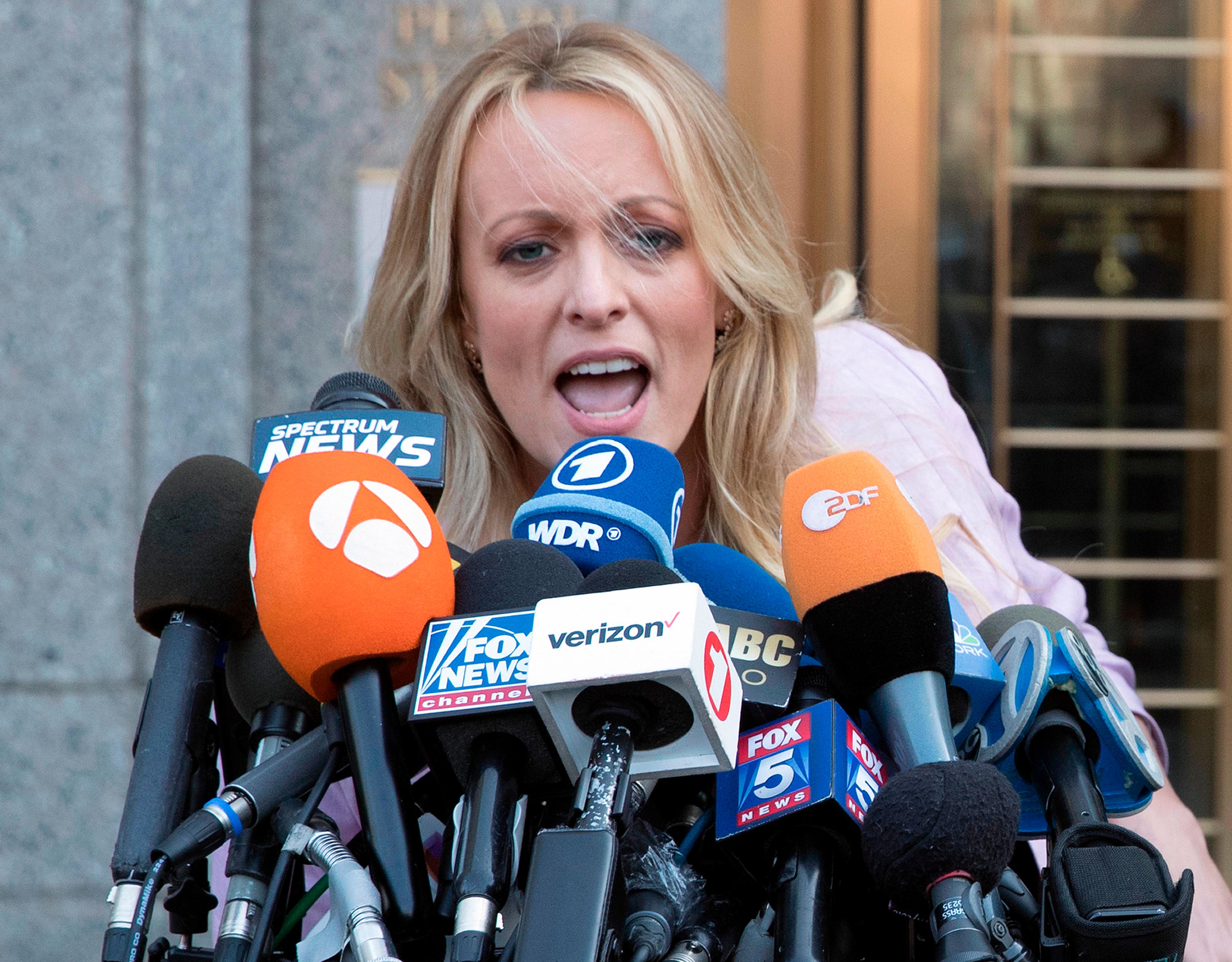 Daniels also writes of her troubled upbringing in Louisiana and how she lost her innocence at the hands of a paedophile.

She tells how she was repeatedly raped at the age of nine but when she finally told a school counsellor, she wasn’t believed.

Her mother "pretended the sex attacks never happened" over fears they would be blamed on her own negligent parenting.

Daniels claims her ordeal  – which was ignored by many of those closest to her – left her feeling helpless and worthless.

She eventually found solace in her love of horse riding, which she says gave her an escape from her dysfunctional home life. 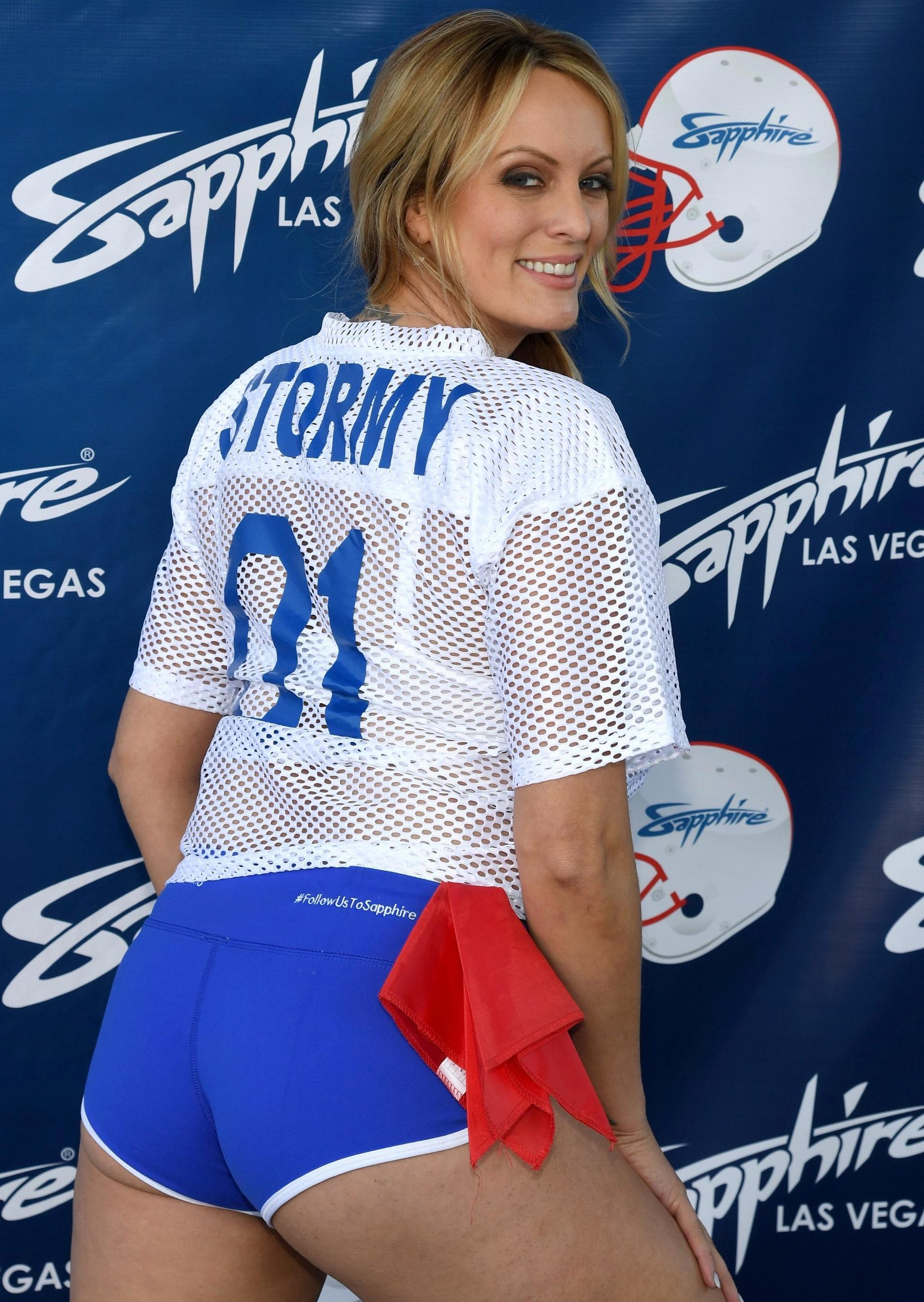 Her fixation on horse riding meant she avoided drinking, drugs and sex throughout her early teenage years, Daniels writes.

However, she started stripping while still in high school aged 17 before moving onto the more profitable X-rated road shows.

After stripping she made what seemed the natural move into the sex film industry – and was an instant success.

It was a career which was to make her £5,000 a month and give her access to a world far removed from her childhood.

"I should be living in a trailer back in Louisiana, with six kids and no teeth,” she writes in her book’s prologue. 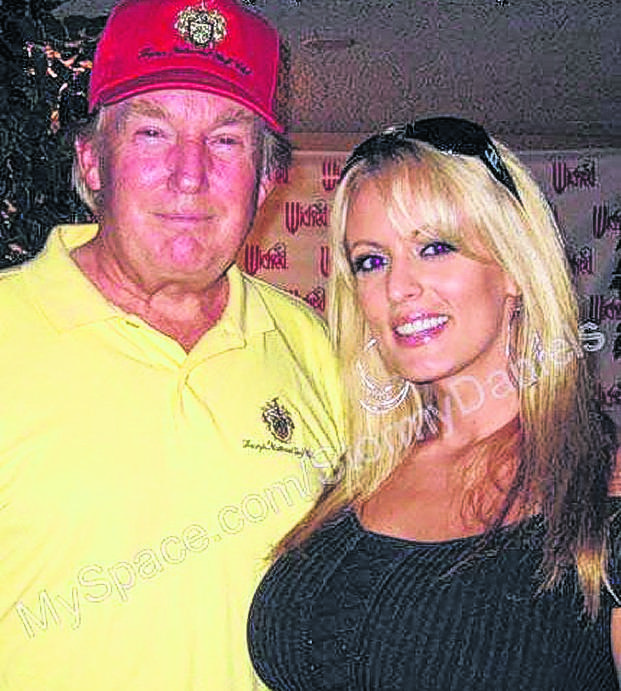 According to the adult actress, 'The Don' has a “smaller than average” penis, writing that it is “not freakishly small,” however.

“He knows he has an unusual penis,” Daniels writes of Trump. “It has a huge mushroom head. Like a toadstool.”

“I lay there annoyed, getting f****ed by a guy with Yeti pubes and a d*** like the mushroom character in Mario Kart.”

She writes, “It may have been the least impressive sex I’d ever had, but clearly, he didn’t share that opinion.”

Stormy even claims Trump showed her a photo of wife Melania and baby son Barron just before they had sex.

-, book, Daniels, ex, seven, Stormy
You may also like: