A STUDIO flat in a trendy London postcode has gone on the market – and there's a very saucy surprise inside.

The little home on Brick Lane has its own bathroom and kitchen – features all flat-hunters on a budget in the capital will know don't necessarily come as standard. 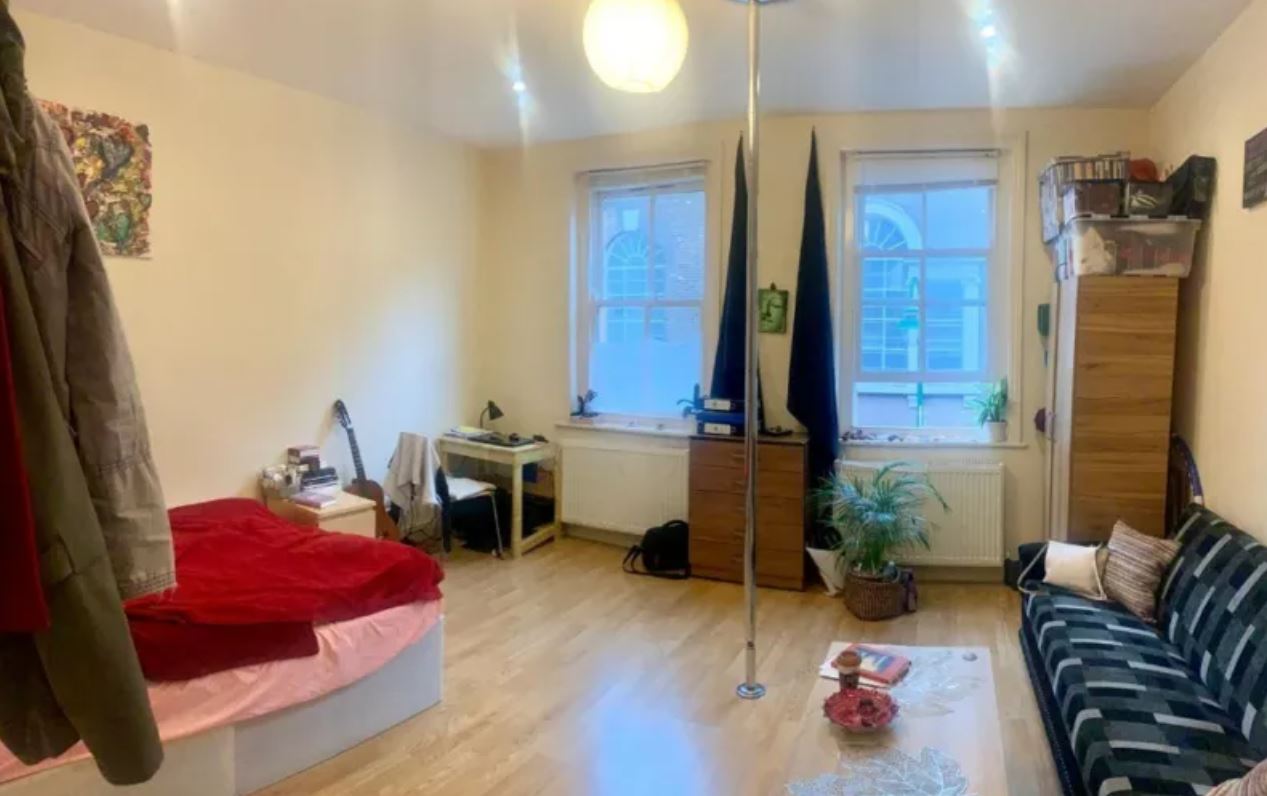 But all eyes will likely be drawn to one unusual addition in the bedroom.

The property comes complete with its own stripper pole, which has been fixed between the bed and a sofa.

The current tenant has arranged the furniture to ensure there's plenty of space around the feature.

And the future occupant may want to take up lessons themselves – as the pole is unlikely to be of use otherwise.

An ad posted on Gumtree makes no mention whatsoever of the detail.

Instead, it reads: "Cosy studio apartment situated within a conversion on the second floor.

"This property offers a spacious studio area with wooden floors and neutral décor throughout, as well as a separate fitted kitchen with appliances and a separate WC and shower."

The flat is "excellently located" in the East End and lies within a 10-minute walk of major Tube stations Aldgate East and Liverpool Street.

In addition, all bills are included in the £1,150-a-month price-tag.

While the rent may seem expensive for a studio, it's actually a bargain.

Properties in Brick Lane are rented for an average of £680 a week, according to Foxtons – making the little home a great bet for adventurous tenants.

London is well-known for its weird and wonderful homes.

A whopping three-storey family home is currently on the market near Brick Lane for £1million.

However, there's a big catch.

The end-of-terrace property is in a state of total disrepair inside.

The buyer will face months of work, and spending plenty of cash, to return it to a liveable condition.

Elsewhere, a spacious apartment in affluent Chelsea available for £2,383 a month comes with a secret twist.

The flat appears to offer a vast library spanning an entire wall.

But avid readers who reach for one of the leather-bound books will have a shock.

The bookcase is just a decoy – and it slides apart to reveal a kitchen behind it.

Those on a budget may want to consider looking around a studio on the market for just £90 a week.

The home in Barons Court is an absolute bargain – but sharp-eyed house-hunters will quickly notice it's missing an essential feature.

While it has a shower, bizarrely set up beside the bed, there's no toilet in sight. 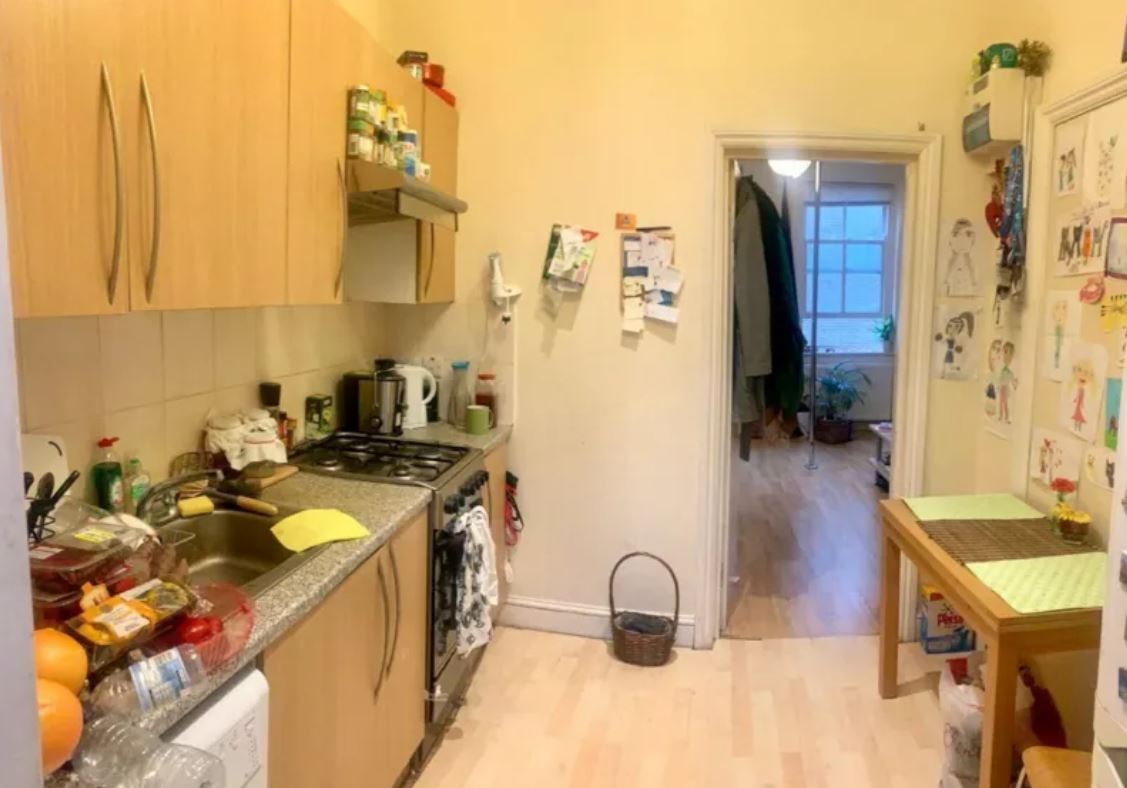 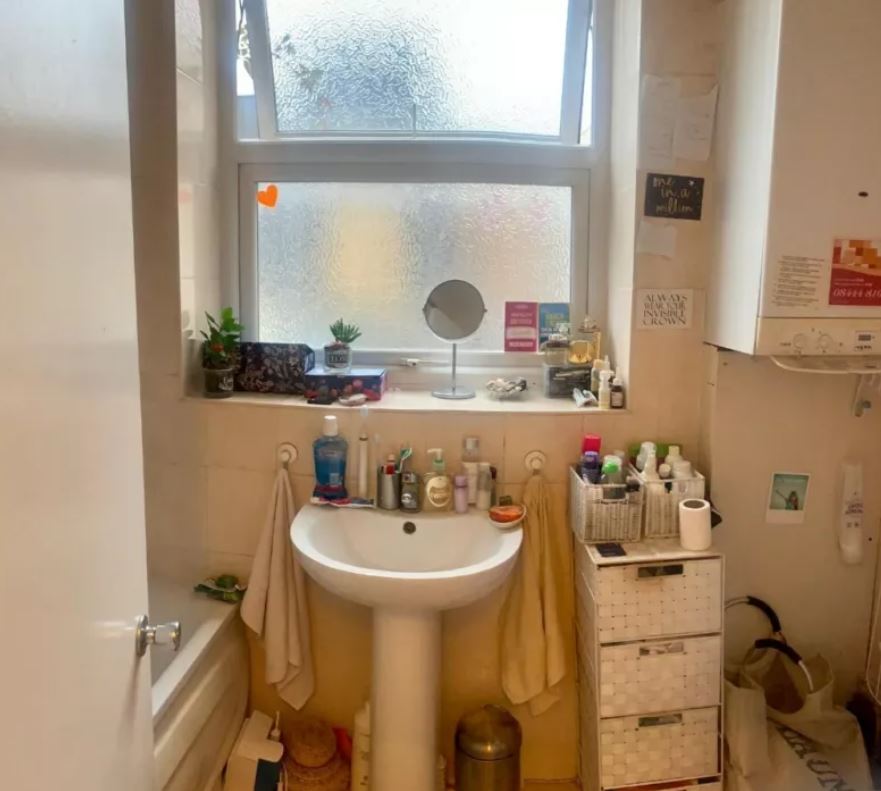 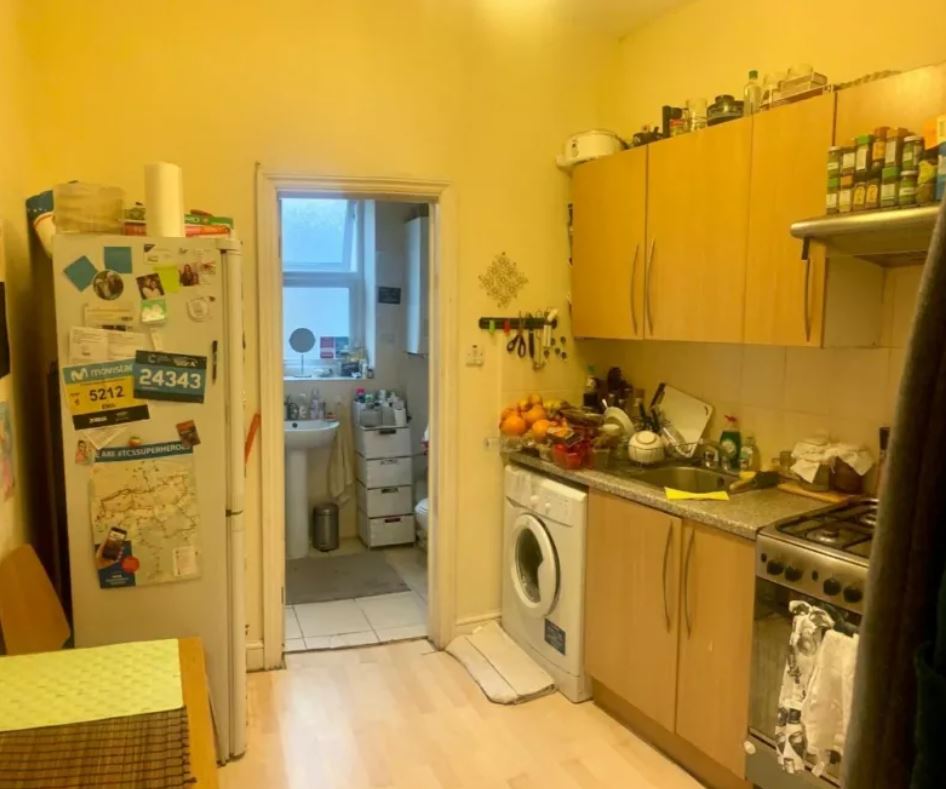