Suez Canal blocked after cargo ship Ever Given turns sideways

The Suez Canal, one of the world’s most popular seafaring trade routes, has been clogged up for nearly a week, plugging traffic and costing millions of pounds in daily trade. Officials have moved urgently in an attempt to dislodge a 400-metre long ship named the Ever Given, which has plugged activity in the area. The ensuing crisis has captured attention around the world, costing countries millions every day.

How can you watch the Suez Canal?

The Suez Canal is one of the world’s most populous trade arteries, as it offers seafarers alternative passage through Africa and into Europe.

The canal has been at the centre of international controversy before, but not when people could watch events unfold in real-time.

Onlookers can keep track of the Ever Given’s position thanks to satellite technology. 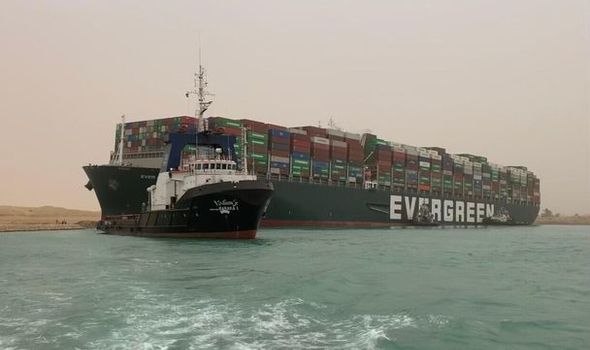 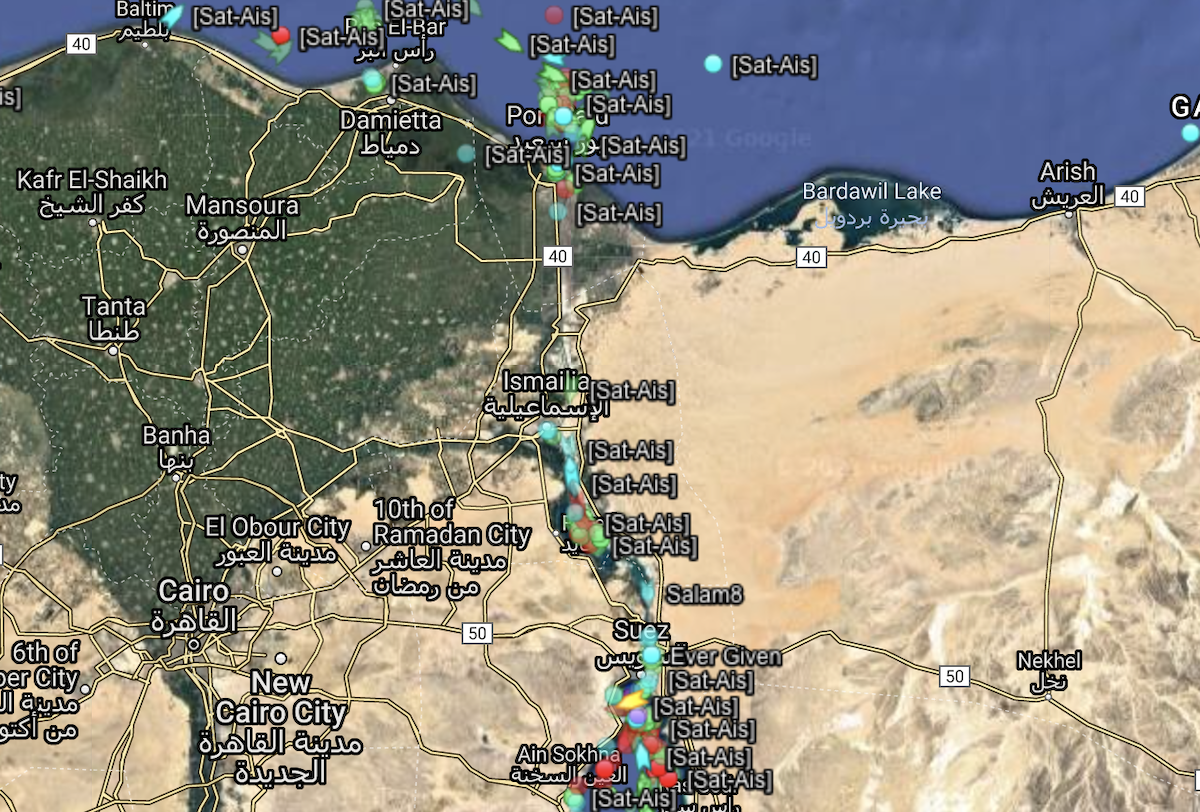 The site marinevesseltraffic.com keeps tabs on vessels and their paths around the world.

The following link will take them straight to the Suez Canal.

From there, they can hover over each ship parked or travelling through the ocean-bound superhighway.

The site currently shows the Ever Given is travelling at 0.1 knots (0.11 mph) as it remains stuck at Suez. 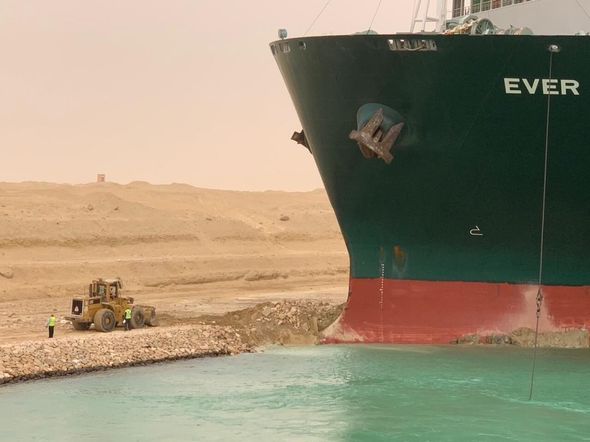 The satellite also clearly shows a vast queue forming behind it as ships await passage.

The current estimated time of arrival (ETA) for Ever Given is March 31, when it is due to land in Rotterdam and conclude its trip from China.

Egyptian authorities have deployed tugboats to free the ship from the canal’s embrace.

They have managed to “partially refloat” the ultra-large container ship. 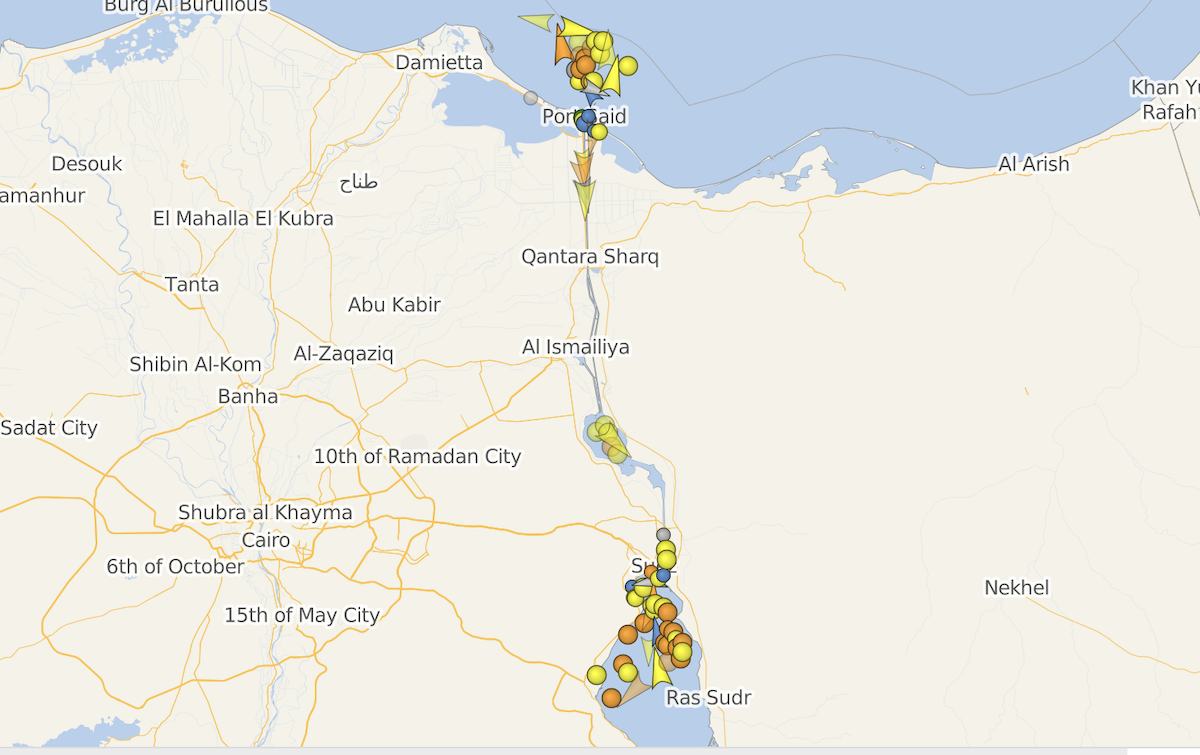 Eight tugboats have shifted the boat slightly along the canal bank.

They are now working on removing the ship to “another position”.

Once it has moved, the flow of traffic can move freely once more.

Authorities have blamed the unfolding events on inclement weather in the area.

The Suez Canal Authority (SCA), which governs the trade route, explained the vessel lost control amid a sandstorm.

However, experts have said human error may be partly to blame.

According to ship technical managers with Bernhard Schulte Shipmanagement (BSM), it ran aground at roughly 5.40am GMT on Tuesday.

BSM has accounted for all crew onboard and explained there was no suspected pollution.