"MAKE sure you lock the door at night,” whispers my new landlord, passing me a heavy, metal key, "there’s strange men about.”

It’s 10am on a Wednesday morning and I’ve just arrived at my new pad for the weekend. 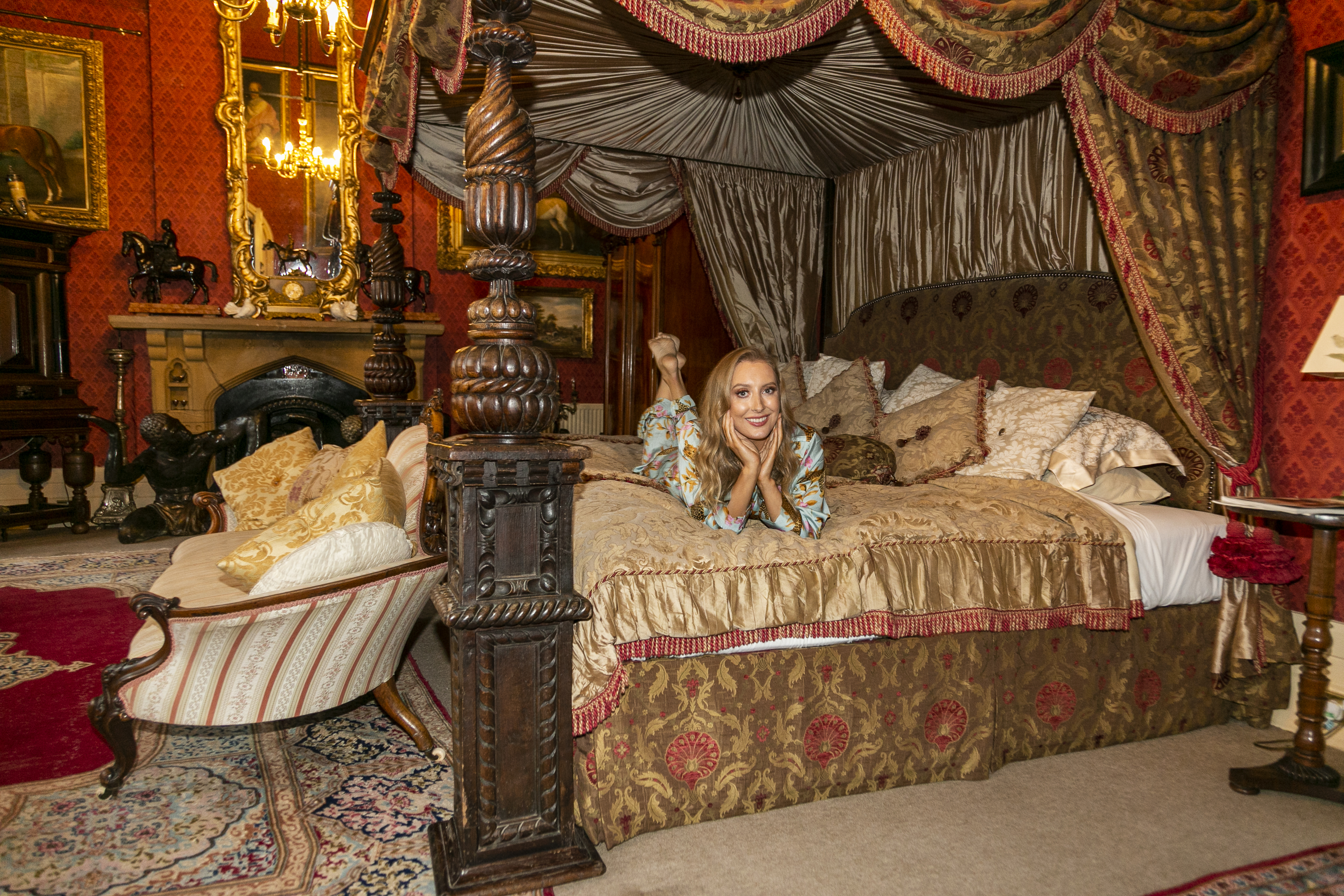 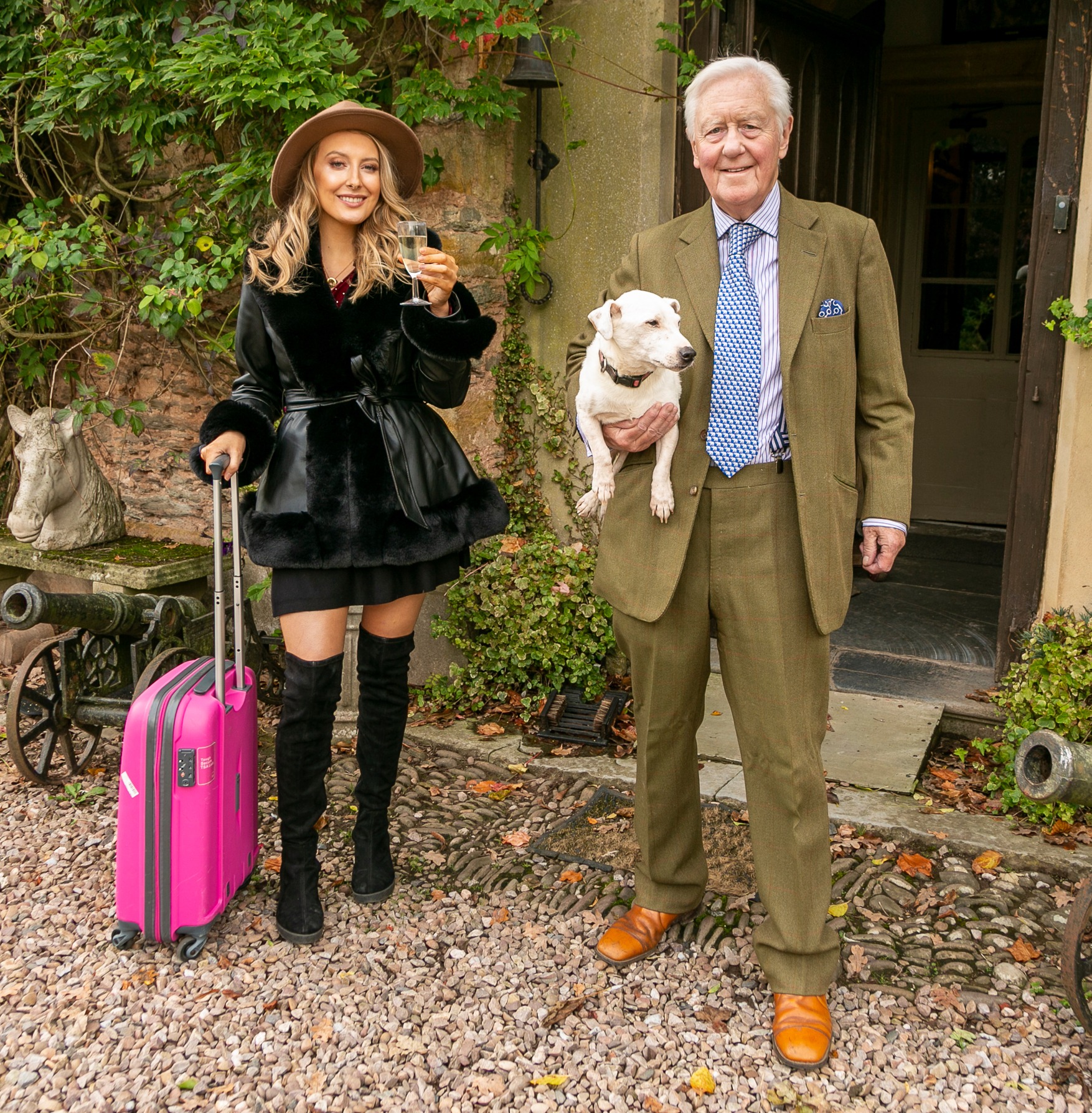 Set in 100 acres of breathtakingly idyllic English countryside, Maunsel House, the 13-bedroom Tudor manor in Somerset is a million miles away from my Brixton bedsit.

The historic mansion, currently on the rental market for a modest £20k a month, boasts a grand entrance hall, two period drawing rooms, a library, dining room and large kitchen.

Oh, and an eccentric aristocratic landlord.

Like most people in these tough pandemic times, Sir Ben Slade is struggling to make ends meet. 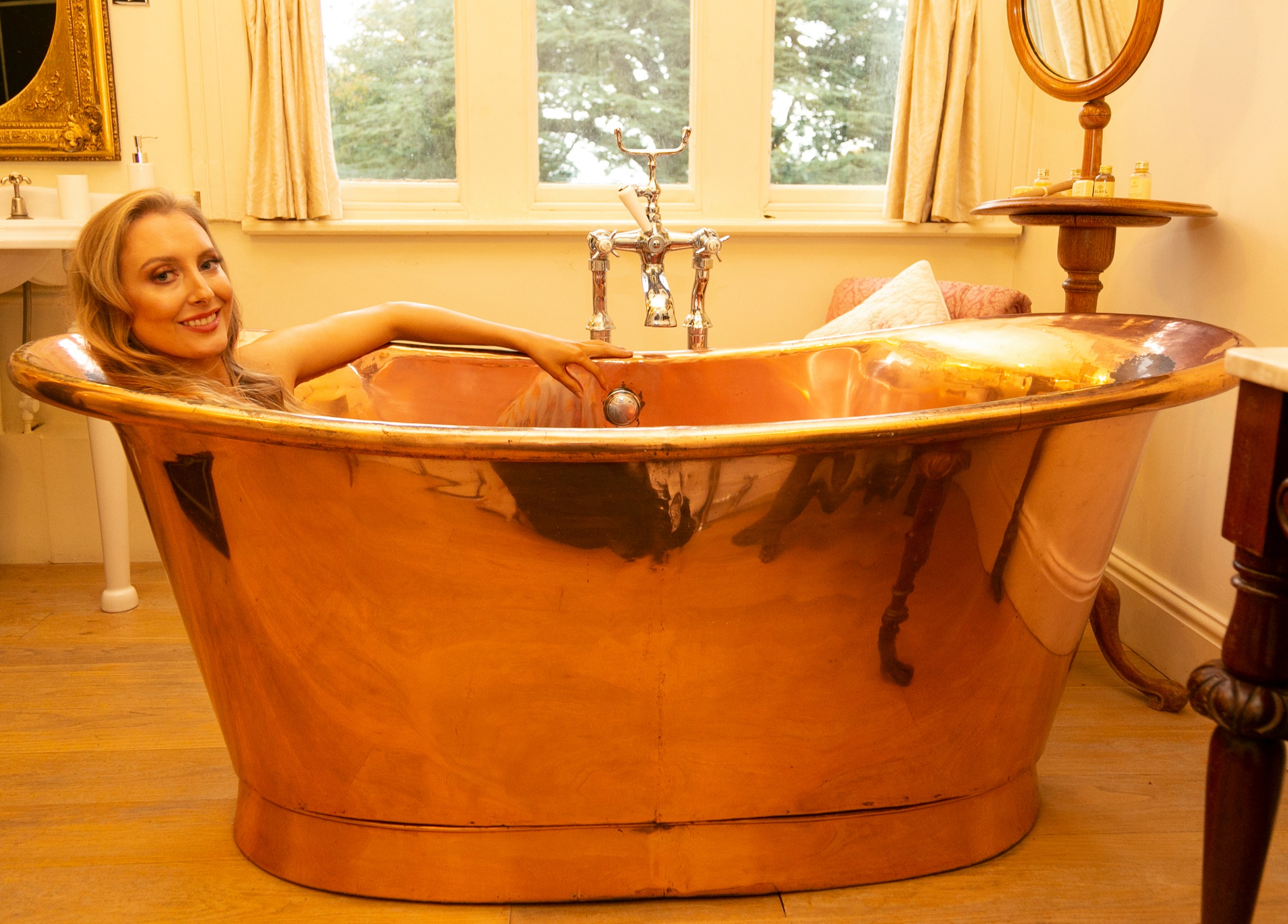 The 74-year-old was forced to cancel 50 lavish weddings this summer due to Covid-19 and lost £1million in revenue.

It's been a rough year for the posh pensioner and he’s hoping the perfect tenant will help turn his luck around. But it’s fair to say he’s not for the faint hearted.

“The judge said I was misogynistic,” he tells me. “It’s utter rubbish. I love women. I’ve got five mistresses.” 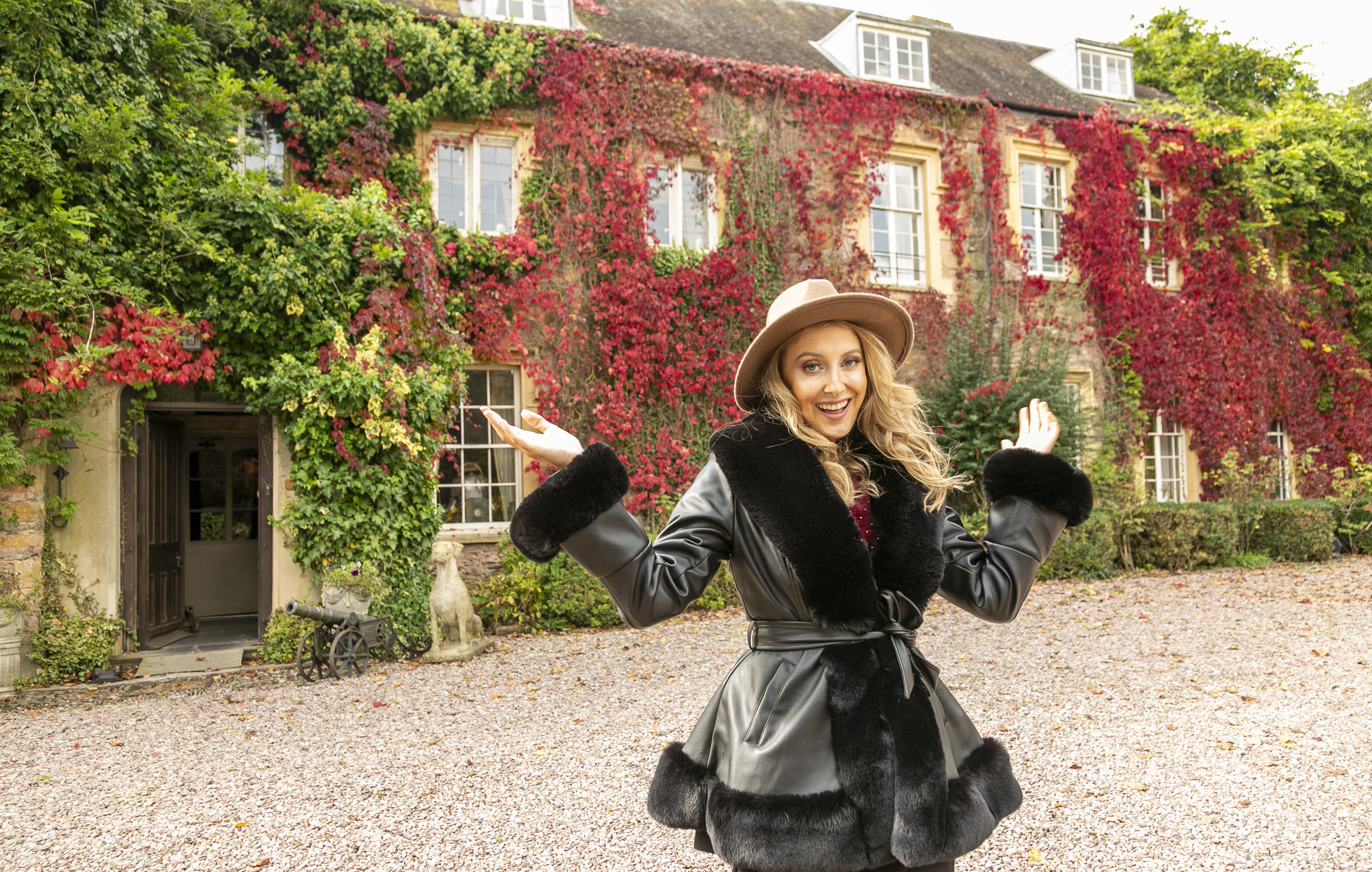 I hope he’s not lining me up for his sixth…

'You’ve filled out a bit, but I like curvy women'

Two years ago, I auditioned to become Sir Ben’s wife and ended up leaving with a firm proposal. Today, he’s still looking for a bride but his list of requirements – including flying a helicopter – remain just as ambitious.

“The offer still stands,” he says, as if reading my mind. “You’ve filled out a bit, but I like curvy women.”

Not sure whether that’s a compliment or an insult, he continues to show me to the master bedroom suite – which also doubles as the honeymoon suite. 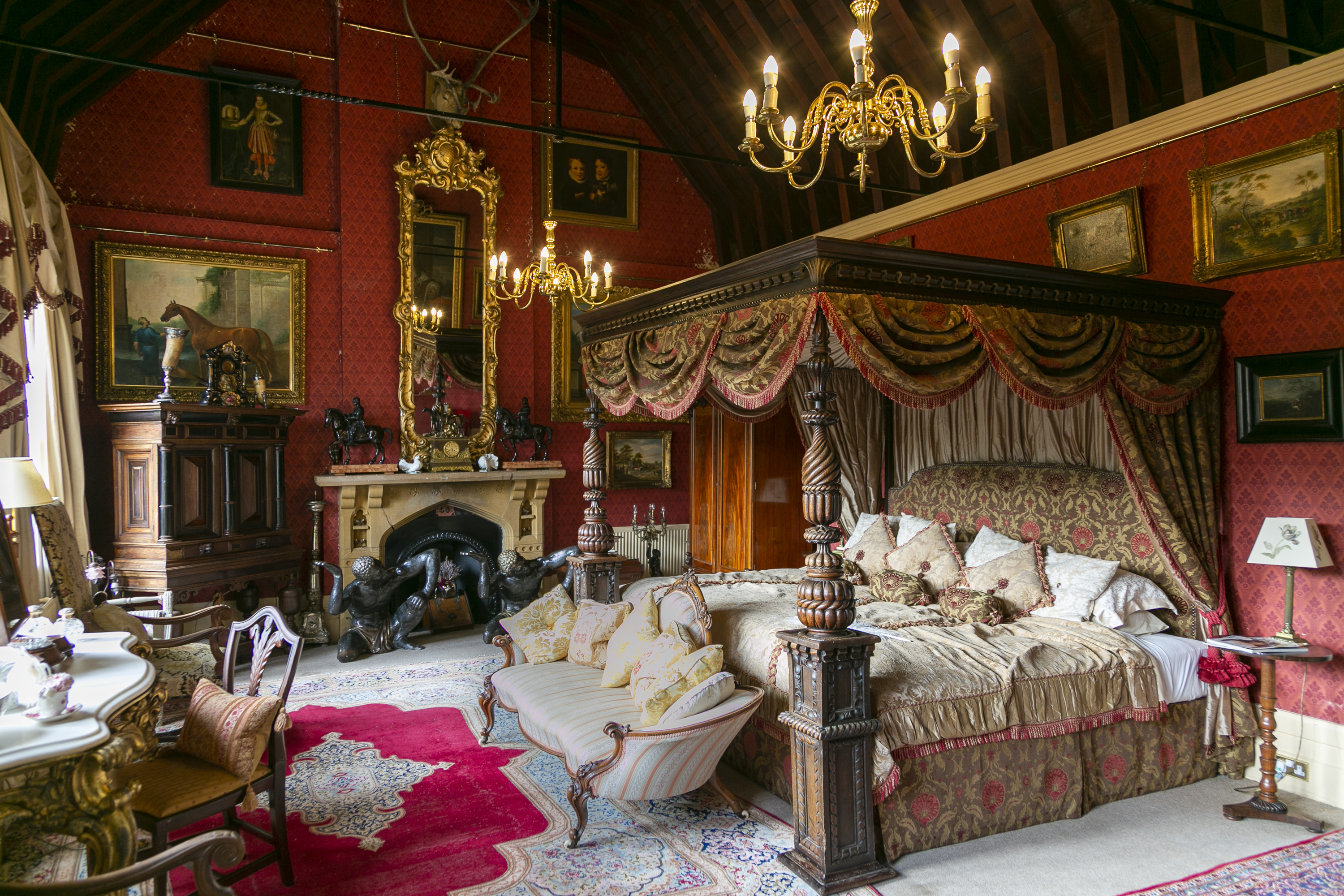 “I can be your live-in landlord if you like?” he proposes, as I make my way up the winding staircase. Oil paintings, guns and startled-looking stuffed animals adorn the walls.

I politely decline his offer.

“Rent must be paid on time,” he continues, casually plucking a machine gun off the wall and caressing it. “And I require a six-week deposit in advance.”

“Oh, and what star sign are you?” he asks abruptly, his Jack Russell, Bully, growling menacingly at me. Before I can answer he says firmly: “I don’t want any Scorpios, lefties, Marxists or Guardian readers.” 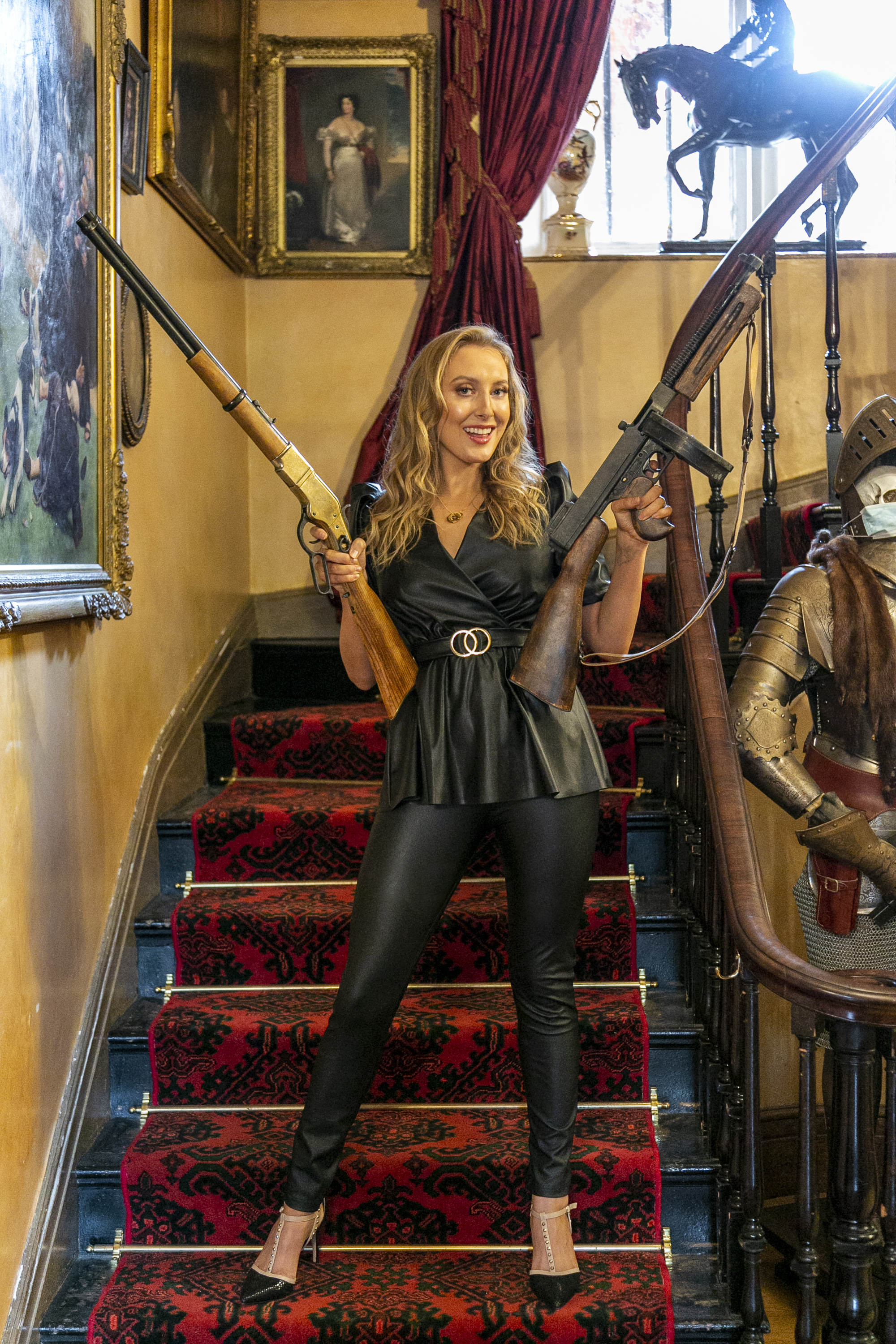 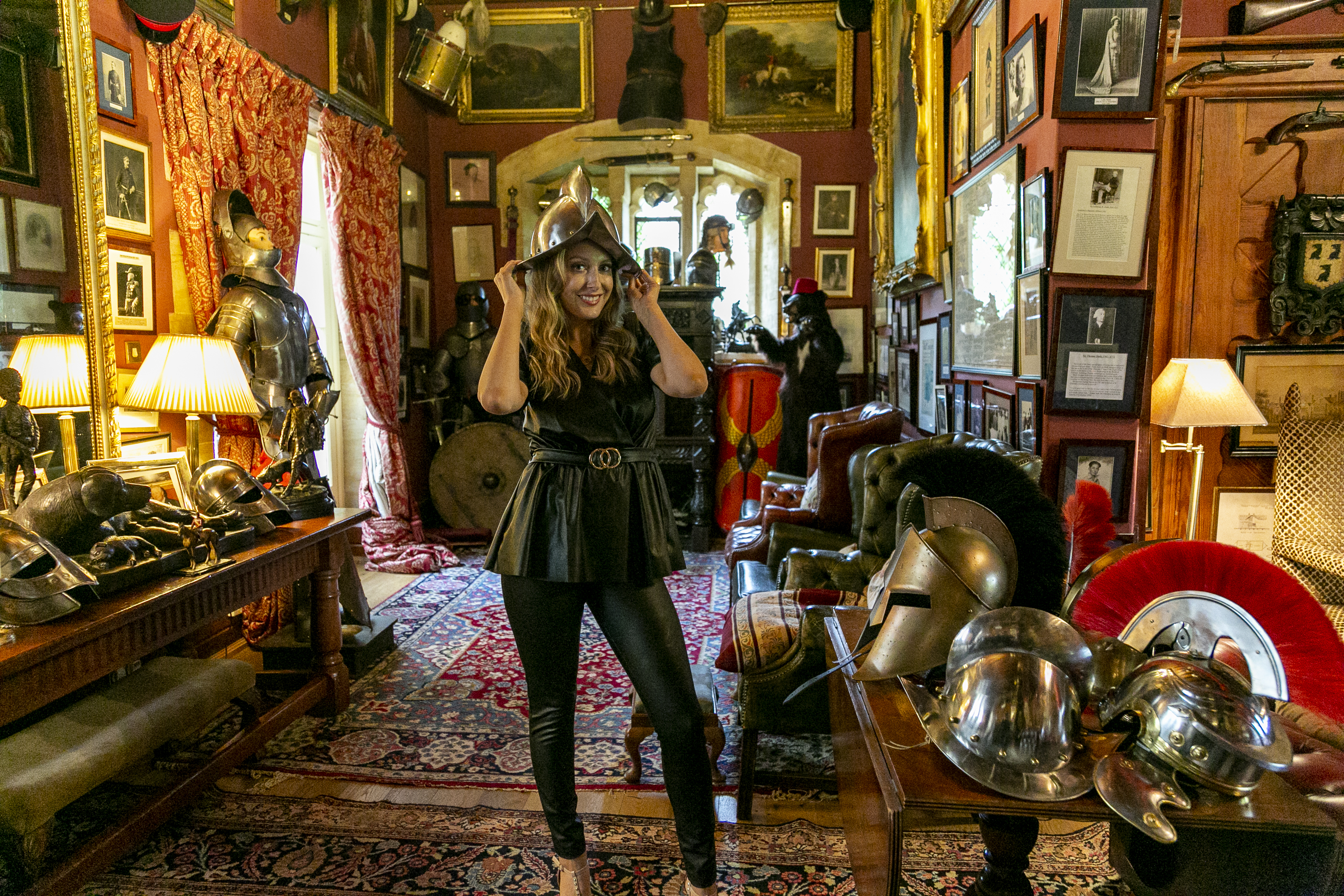 “They’re okay,” he says, walking off.

'I feel as if I’m starring in Downton Abbey'

Now, I’m alone – well almost, I can still hear his staff rattling around the house – he has 13 – I begin to relax into my new life. I’ve always fancied myself as a lady of the manor and as I walk around the stately home, I feel as if I’m starring in Downton Abbey.

Sandra, the head housekeeper, brings me afternoon tea to my room – served on bone China crockery, of course. A bottle of champagne and homemade cakes adorn the golden tray and I pour a glass of bubble as I slip into the copper freestanding bath. 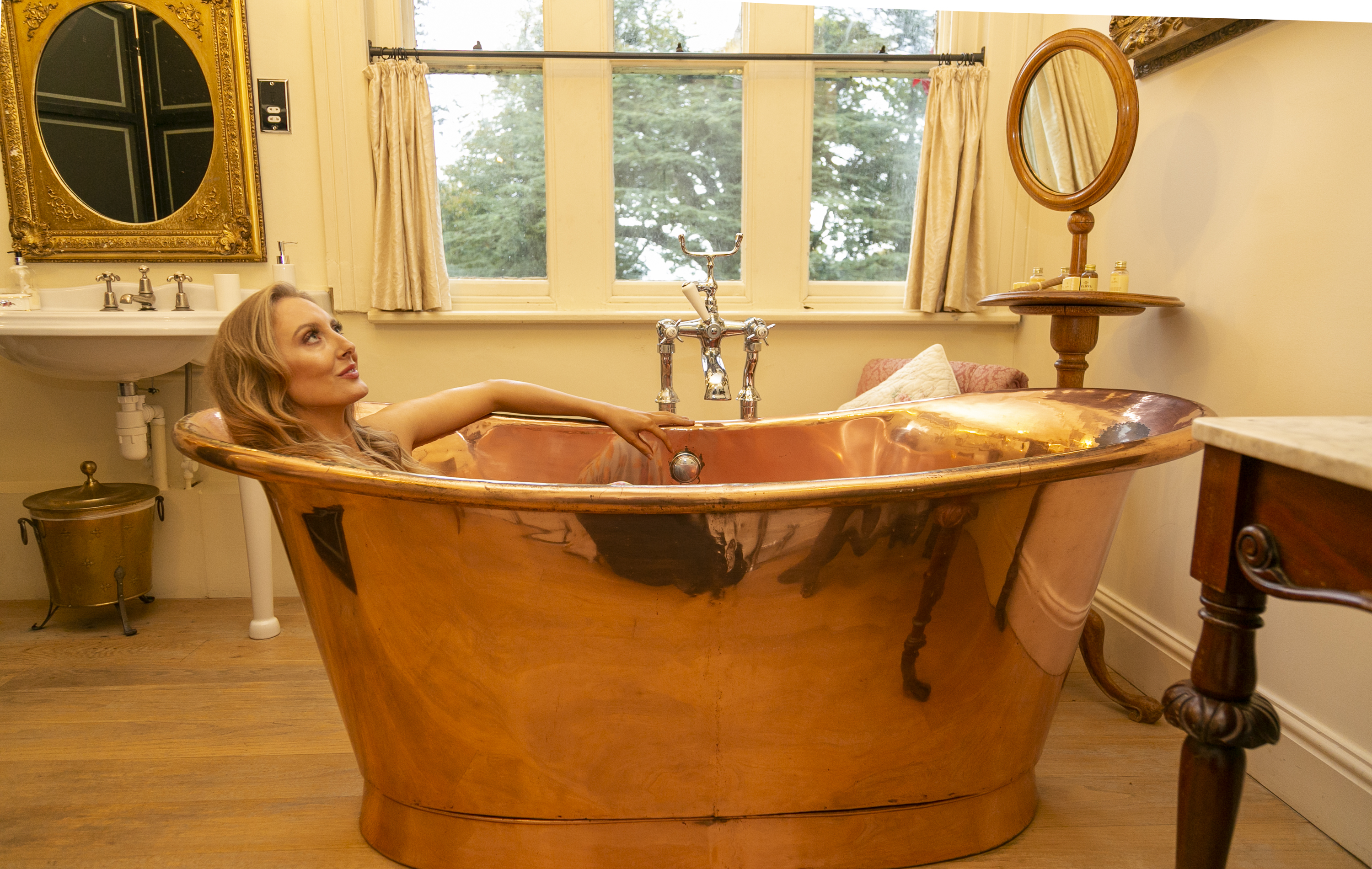 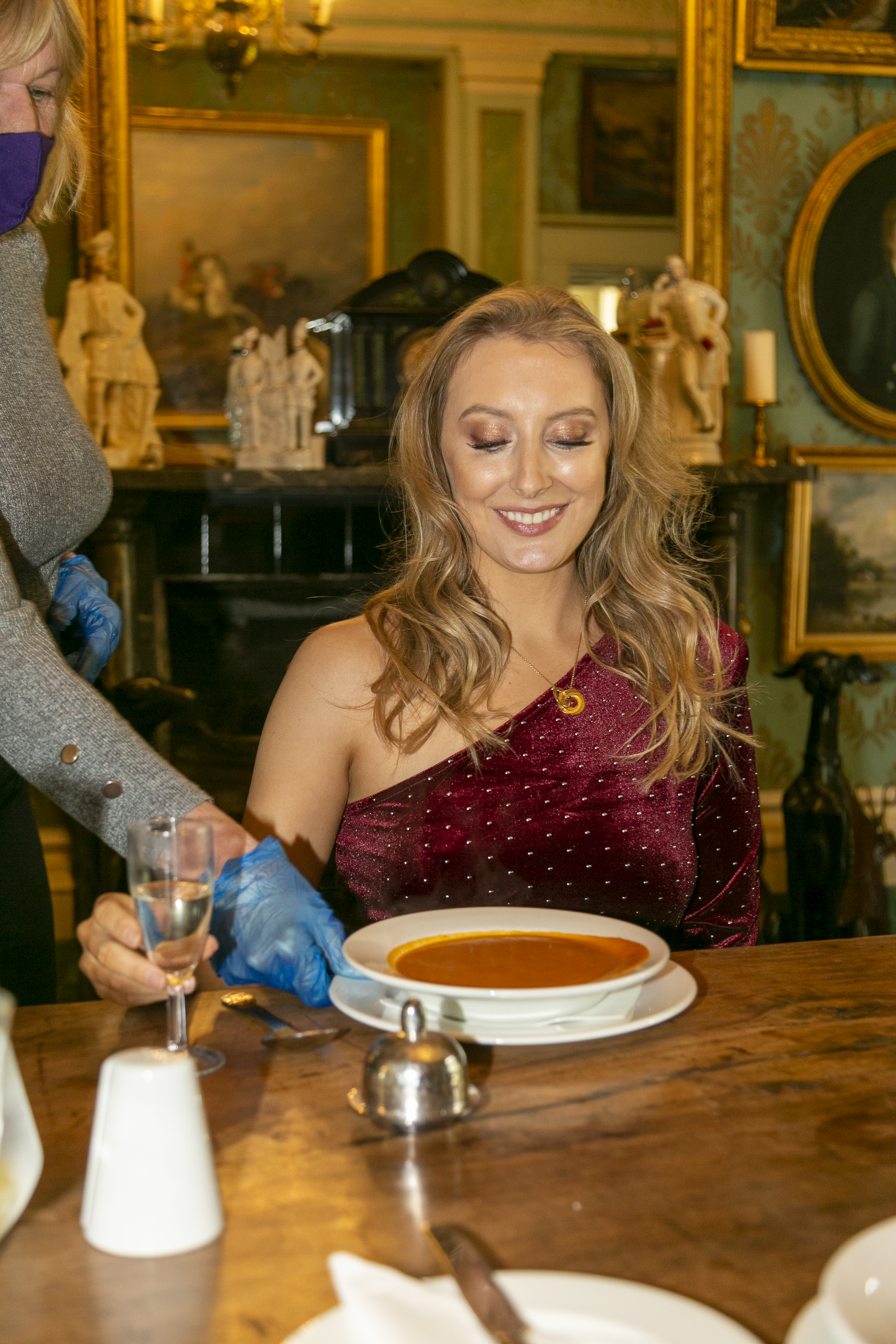 After a few glasses I get out and gaze outside the bedroom window towards the sweeping lawns beyond.

My eyes light upon a beautiful peacock showing off its magnificent plumage. It stops and gives me a haughty stare and then I glimpse two white doves gliding gracefully across the steely sky.

The serenity is broken by Bully barking while Sir Ben throwing logs on an outside fire in his combats and army coat. Now the birds are flapping noisily above the fire and peacocks have fled the scene.

'With 13 rooms you can easily avoid your roommates'

Later, I slip into a blue dress and some pink heels and continue my exploration of the manor. 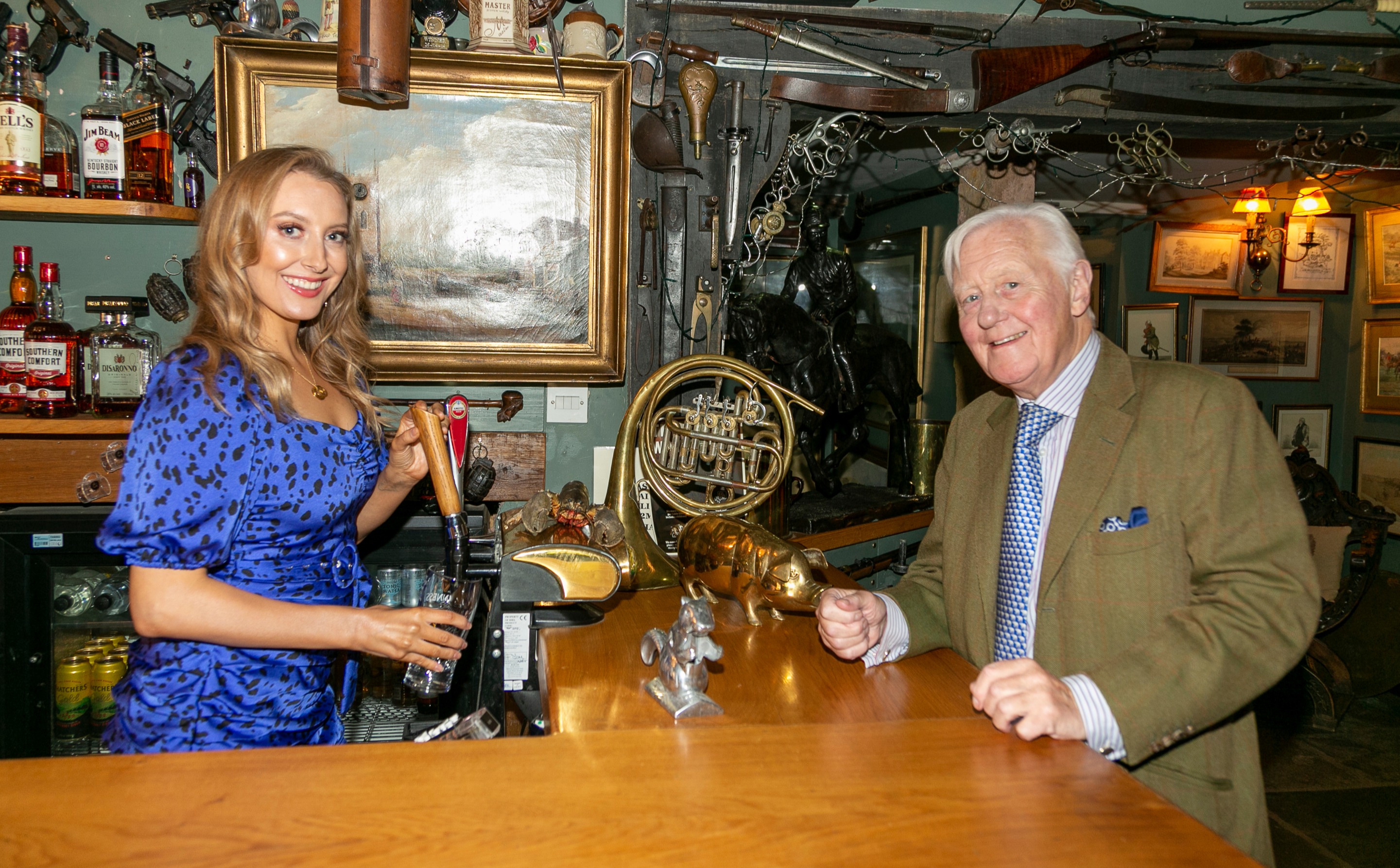 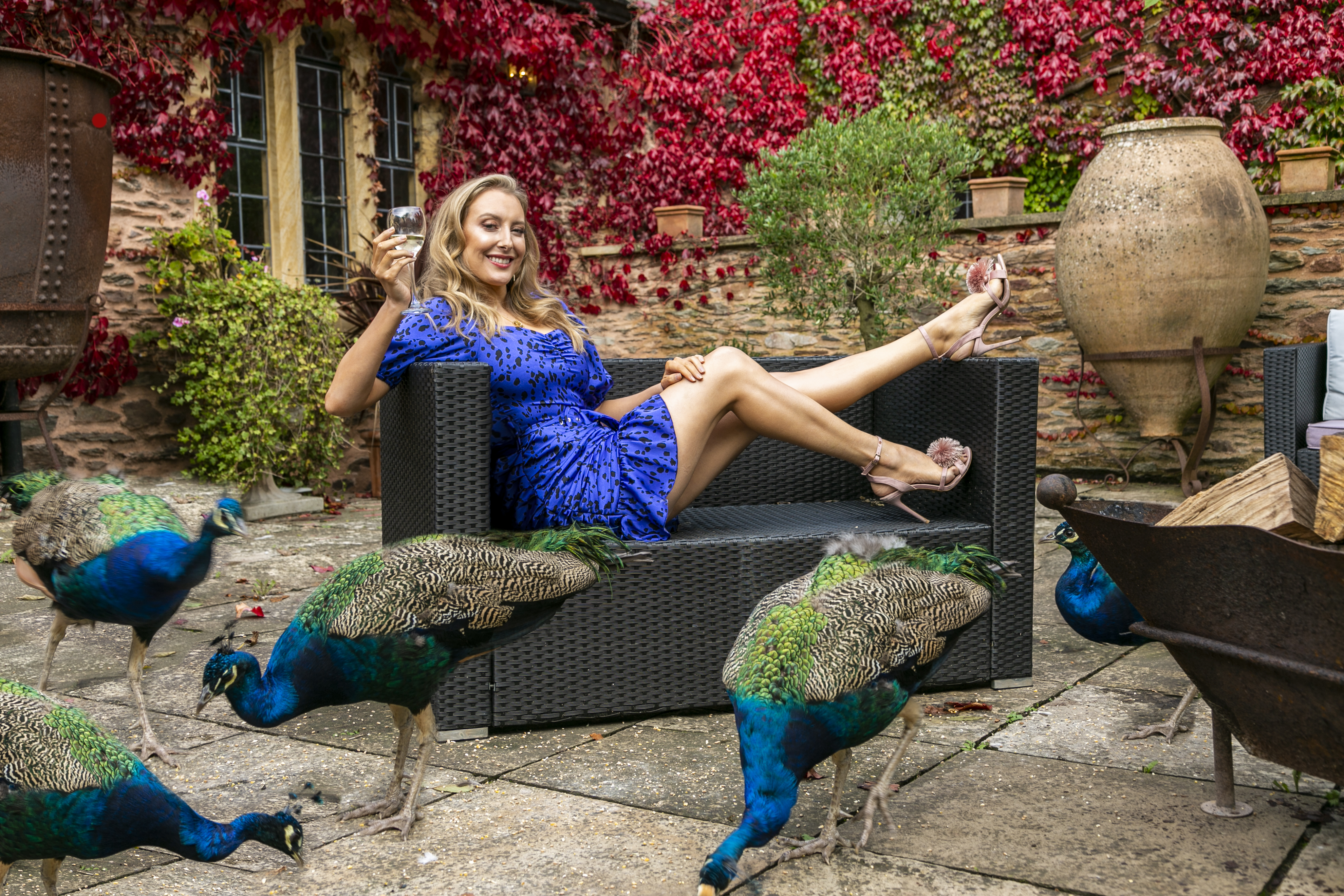 The library is interesting and quirky – a bit like the master of the house. Apart from well-stocked bookcases, you can try on some armour from soldiers of old.

Or, if the fancy takes you, sit on a throne as you leaf through an ancient tome or a Country Life magazine.

Well, if I’m going to become one of the country set, I need to learn the ropes. Walk the walk and talk the talk, as they say.

Dressed to impress, I head to the bar and pour myself a glass of champagne. Sir Ben enters for a socially distanced pint but refuses to wear a mask.

“Don’t worry I’ve had Covid,” he tells me, holding his hands up. “So you can’t get it off me now. My overpriced quack in London diagnosed me and says I’m immune to it now unless it mutates and comes back stronger.

Everyone in Bridgewater should wear [a mask] – pandemic or not. They’re not the best looking bunch, married to their cousins so they’ve got short necks.

“I felt awful. It caused me bad memory loss. At first the doc thought I had dementia, but I did a test and the strangest thing happened – they told me I was totally normal. Well, NFB (Normal For Bridgewater).”

“Oh yes I do, everyone in Bridgewater should wear one – pandemic or not. They’re not the best looking bunch, married to their cousins so they’ve got short necks.”

Sandra tells him off and I steer him back to the ad and ask what a tenant would get for 20k a month. 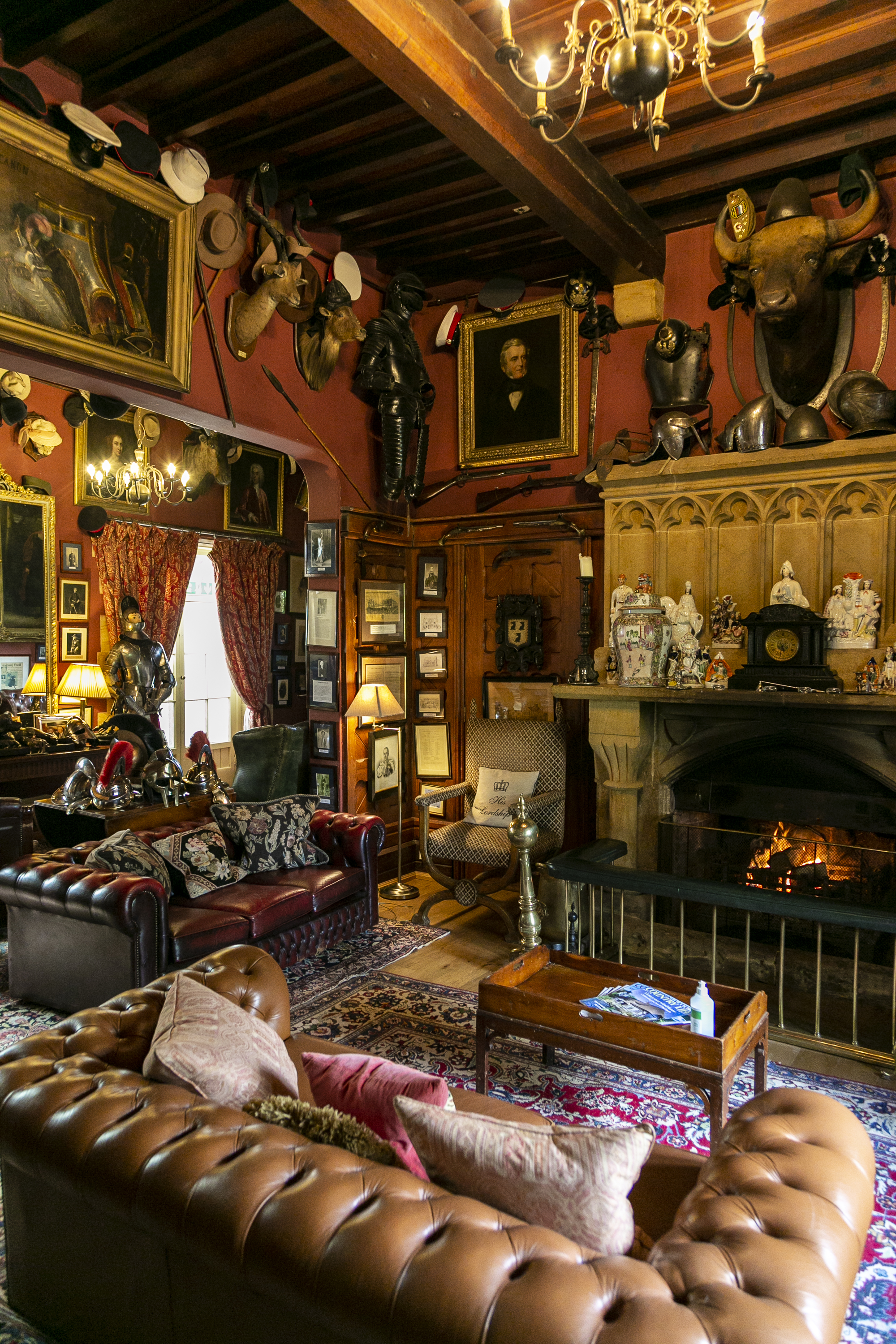 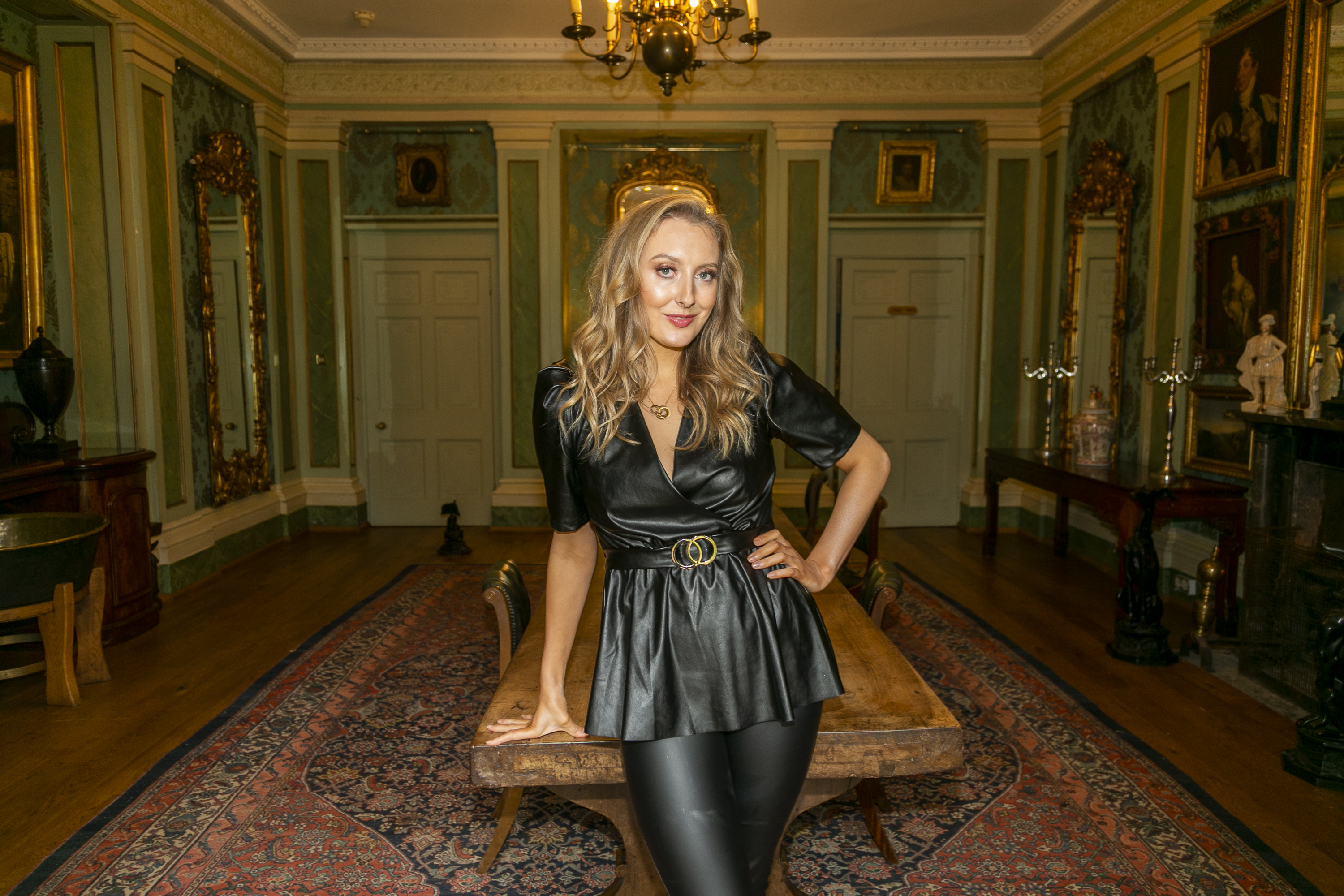 “This is the perfect place to self-isolate or socially distance,” he continues. “With 13 rooms in the house and four in the converted barn you can easily avoid your roommates.”

Suddenly it occurs to me that maybe I’ve been thinking about this all wrong. I don’t need to become super rich to move in here, I just need to get 20 friends to chip in £1000 a month. Simple.

'You’ll get free entry to the sex parties'

“This place sleeps 34 in total so you can get it for even cheaper!” he tells me, quickly doing the maths. “And you’ll get free entry to the sex parties too.

“Killing Kittens love it here. Last year they threw a party and 40 carefully selected guests jetted in from around the world. It was £400 a ticket and they loved my hat collection. 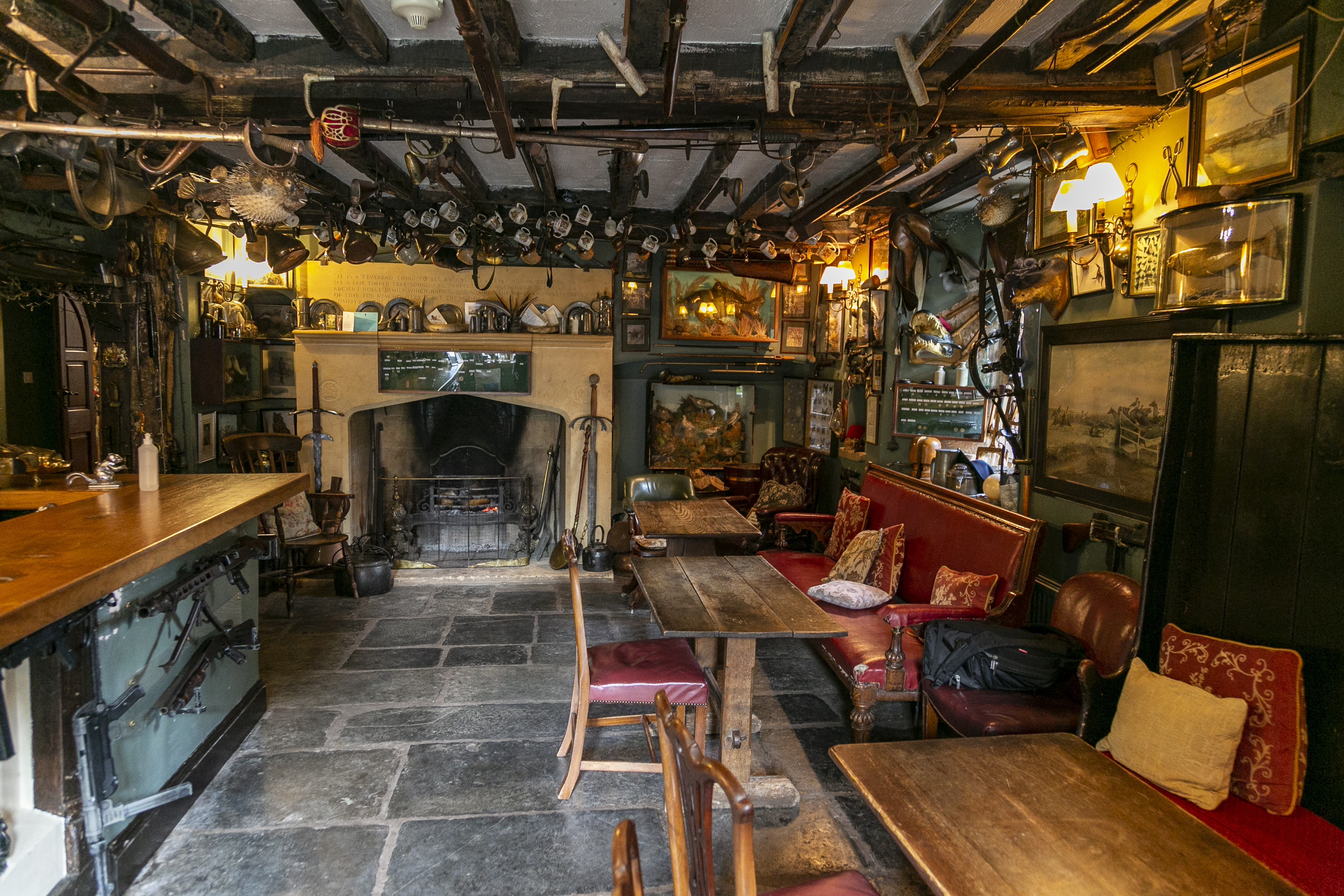 Feeling tired, I retire to my four-poster king size bed for a nap. The bed is so soft and I sink into the feather-stuffed pillows. Suitably refreshed, I head to the dining room for dinner.

The log fire is burning and the room is softly lit with candlelight. The food is laid on the banquet table.

But suddenly I start to feel a little lonely in this vast and sumptuous room, until, suddenly, the door bursts open and Sir Ben appears – now suited and booted – to join me for a ‘socially distanced supper’. 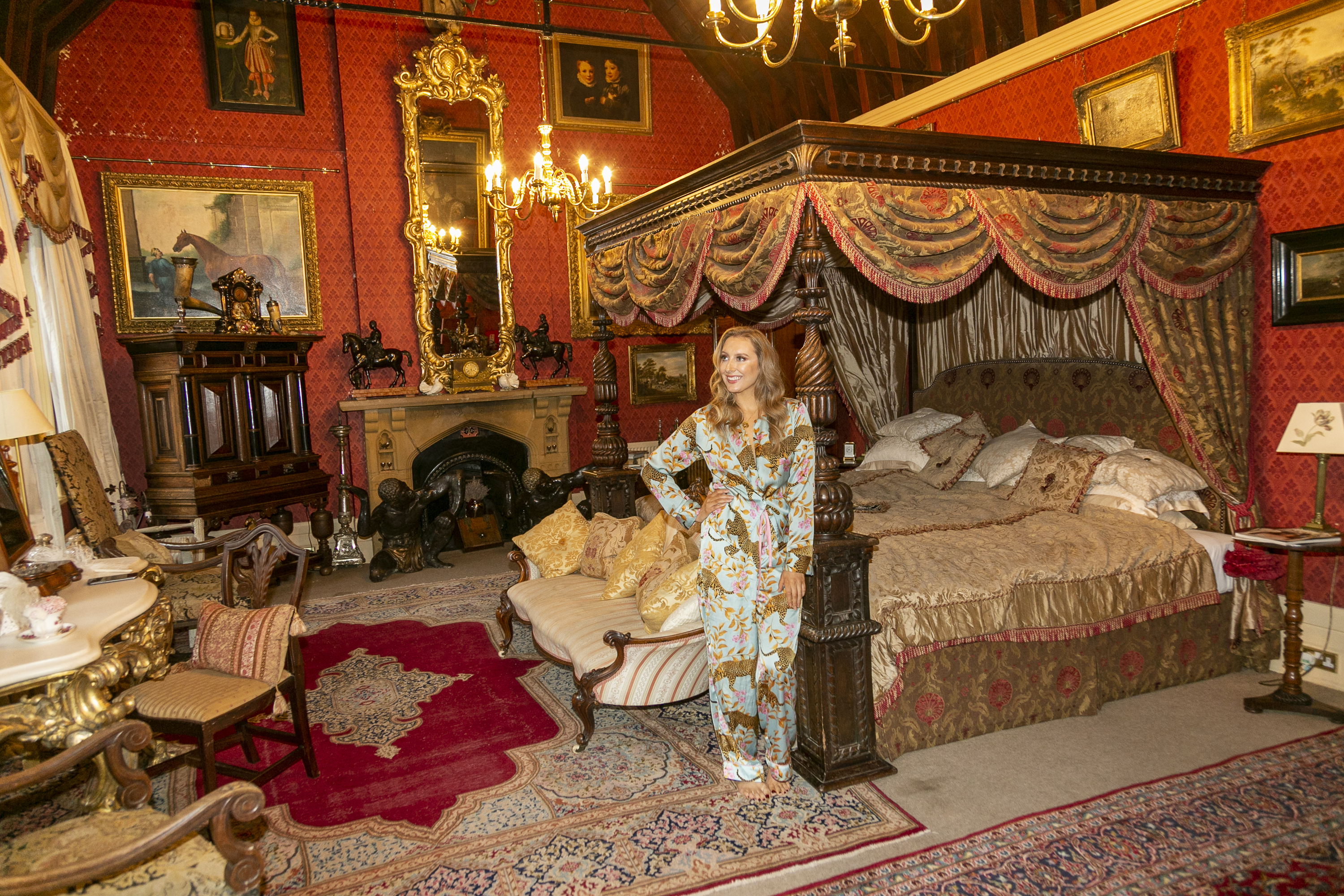 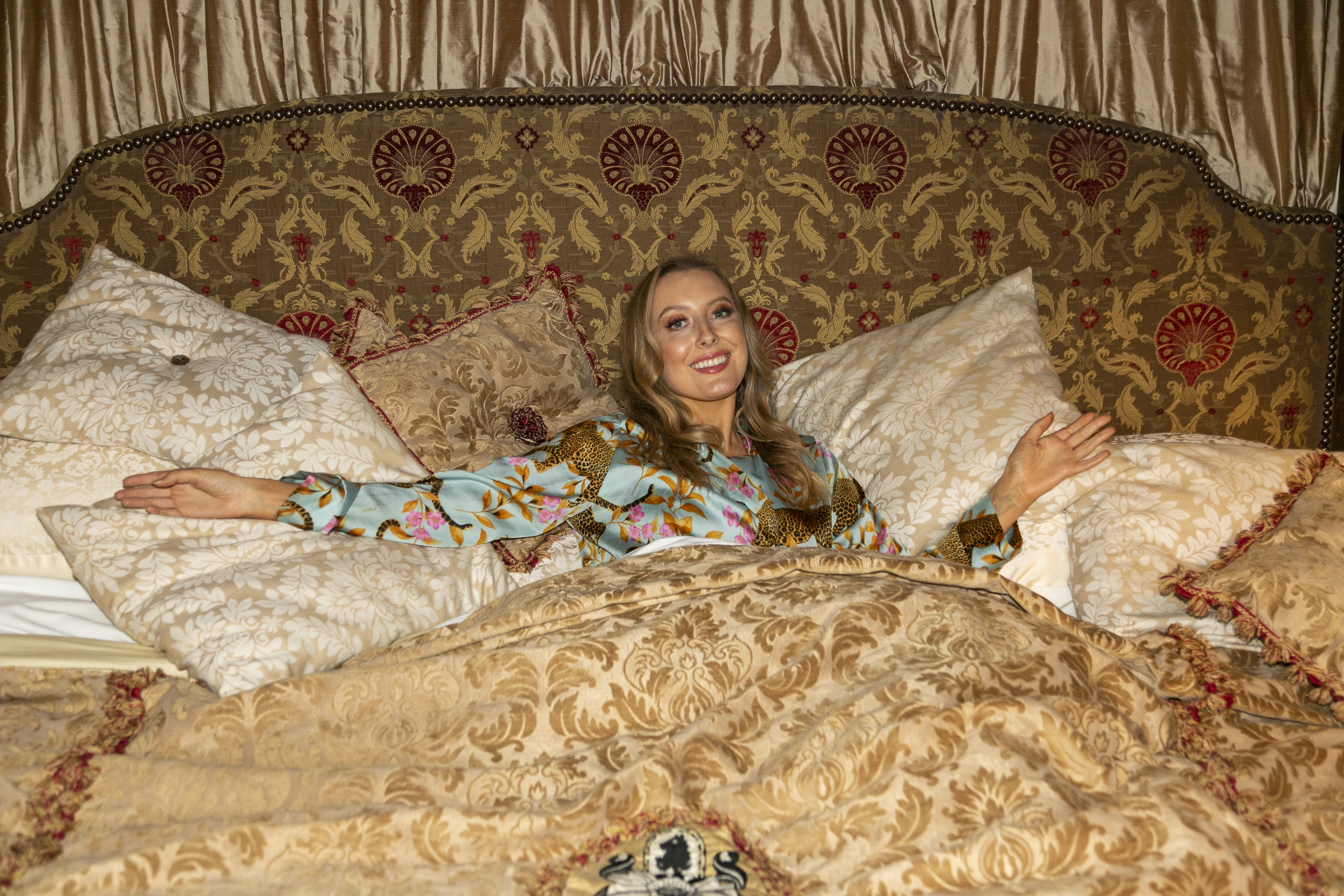 He sits at the other end of the table and never mind the one metre distance rule, there’s about 10 between us.

This Covid-malarkey has persuaded him to go on a health kick and he’s not touched a drop of alcohol all night. Nor does he eat anything ‘beige’ – as he puts it. Instead, he enjoys a modest, healthy dinner of white fish and fresh vegetables washed down by tap water.

“If you ever go into hospital for God sake don’t tell them your real age,” he tells me. “If you’re over 60 they won’t resuscitate you. I tell everyone I’m 59.”

'We sucked the spirits out – but it's still haunted'

While we are on the cheerful subject of death, I ask him if the house is haunted – after all, it dates back hundreds of years.

“Oh yes,” he says. “A few years ago, staff were moaning that it was haunted so I hired this medium who charged £300 an hour. She went around the walls with this voltage detector and sucked the spirits out. 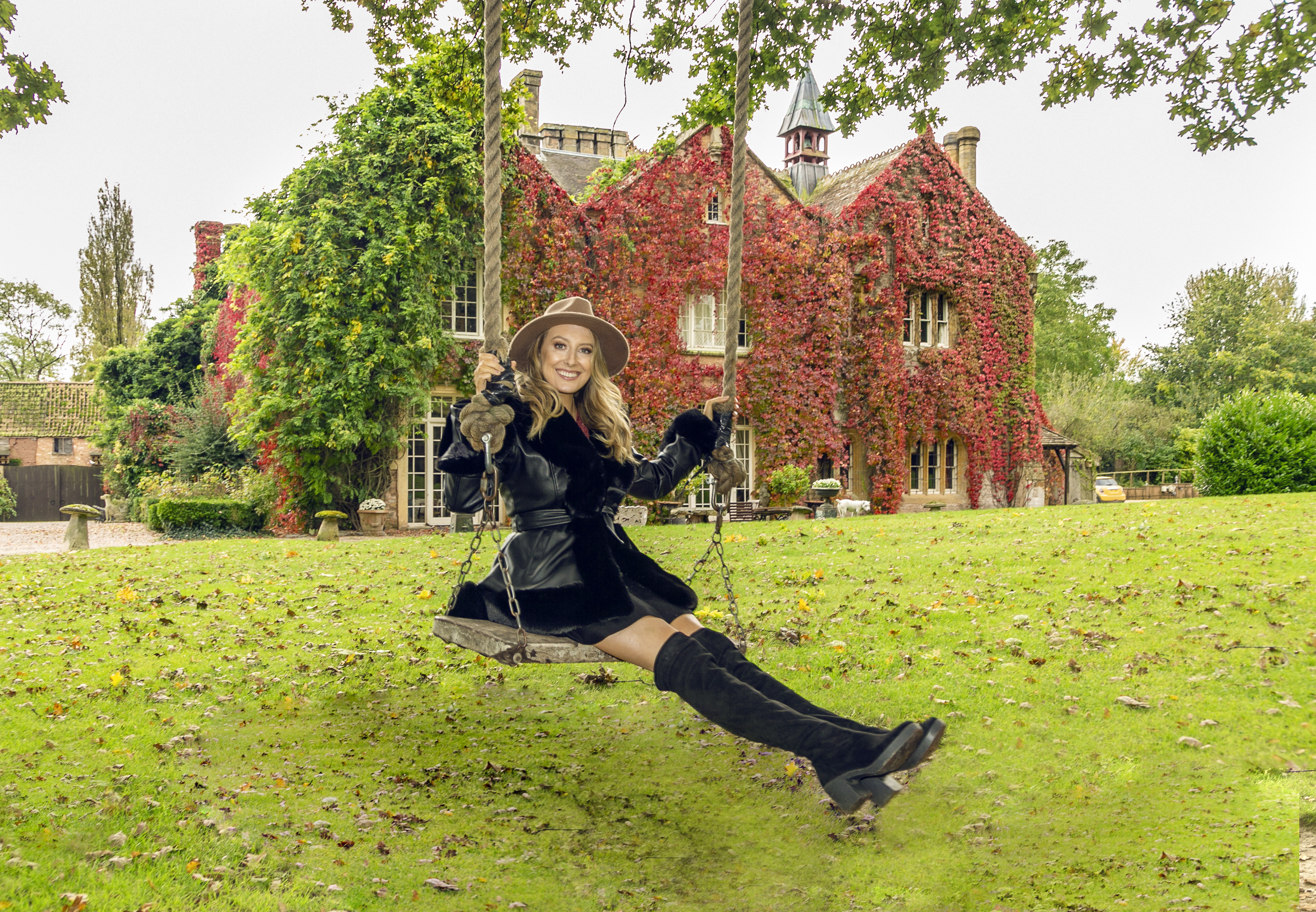 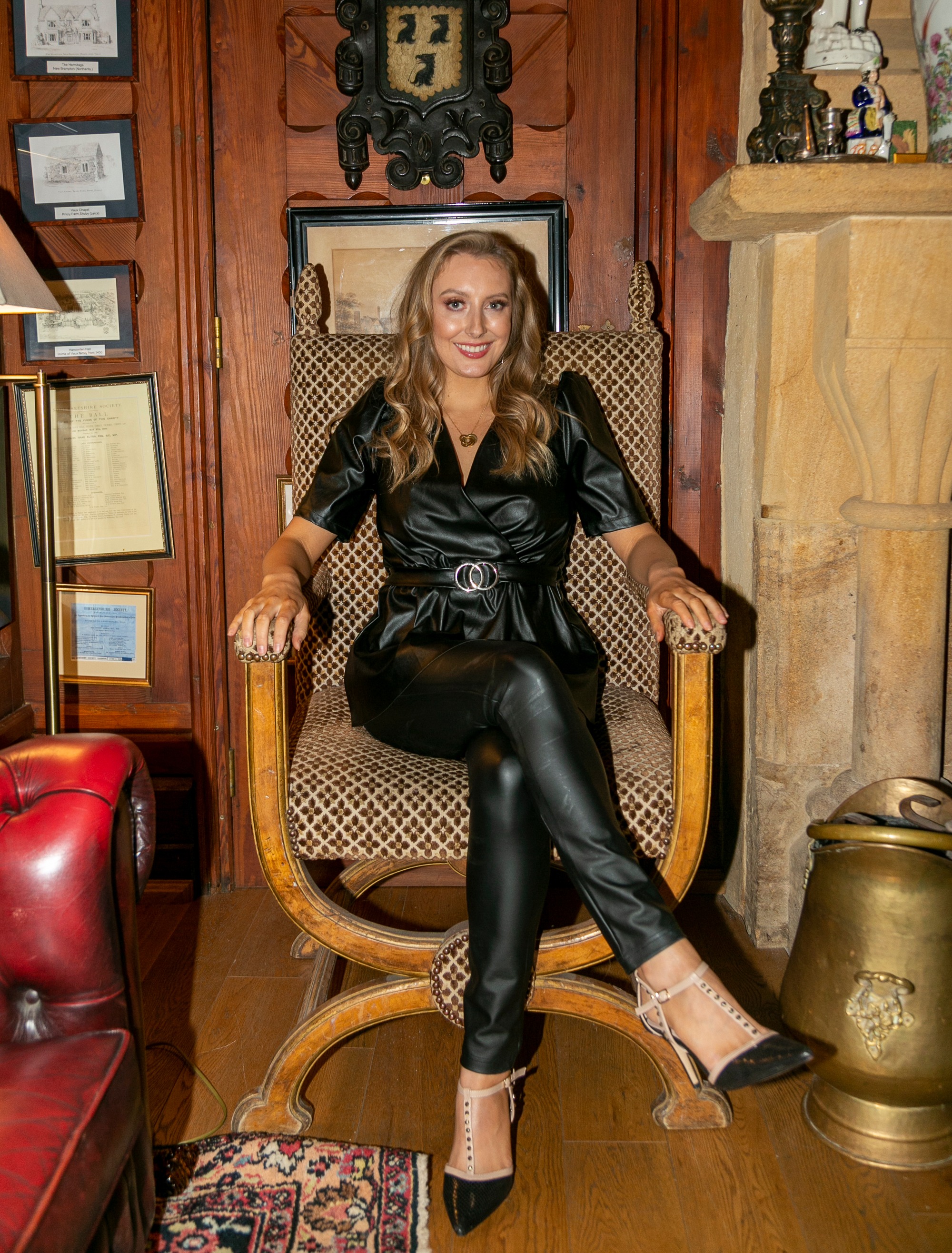 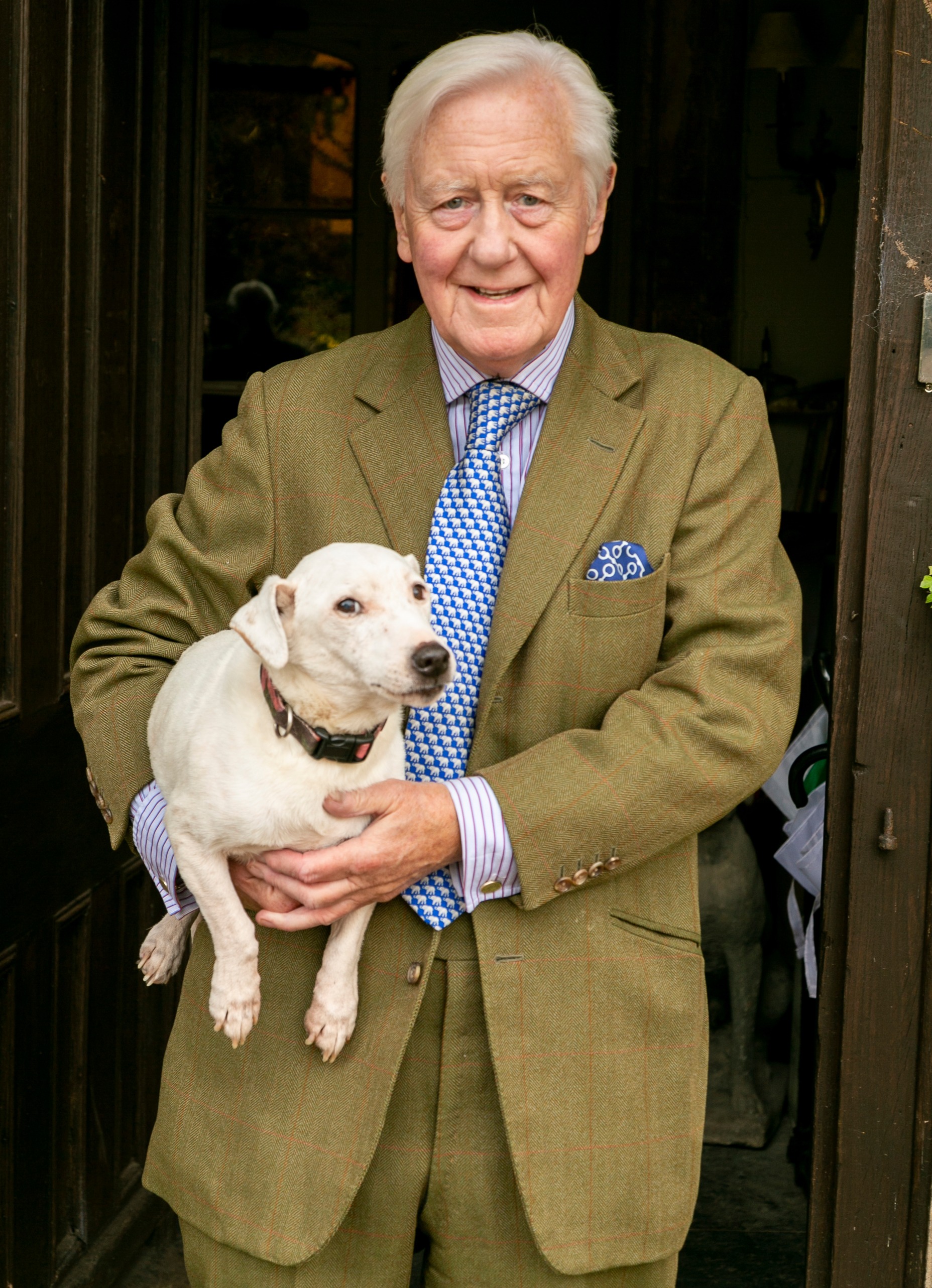 "Then we drove out and dumped them on the farm down the road. Farmer John hasn’t had a proper night sleep since. Poor sod.”

“So, they’re all gone?” I ask, feeling a shiver run down my spine.

“God no. There’s still two gay ghosts in the cellar,” he tells me, pointing to the ground. “I don’t go down there as they give me the willies.”

With that, the grand clock strikes 12 and it’s time for this Cinderella to get back to her room before she turns into a pumpkin.

Ever the gent, Sir Ben walks me upstairs and bids me farewell before he retires to his farmhouse on the outskirts of the estate.

The silence is deafening and the room is pitch black. There’s no street lights, traffic or noisy neighbours. Through sheer exhaustion – and one too many glasses of bubbly – I fall into a deep sleep and dream about peacocks, ghosts and ghouls.

The following morning Sir Ben is waiting for me at breakfast. I order a cooked breakfast and he tucks into one boiled egg and a piece of toast (no butter).

“I have to stay in shape,” he informs me. “I’m looking for a glamorous wife. I can’t let myself go now can I.”

Staff hurry around us bringing fresh orange juice, filter coffee and tea and for once in my life I I really do feel like someone special…and it would certainly take someone special to move into Maunsel House.

in, MIL, night:, spends, sun, writer
You may also like: