A man was extradited from Mexico over the weekend to stand trial for a 12-year-old Portland murder.

Cristobal Medrano-Alvarado, 33, was wanted in the killing of 35-year-old Abel Delgado-Morales, 35, in November 2008.

The fugitive was captured in Mexico last March after the FBI obtained information about his whereabouts, Portland police said Sunday. 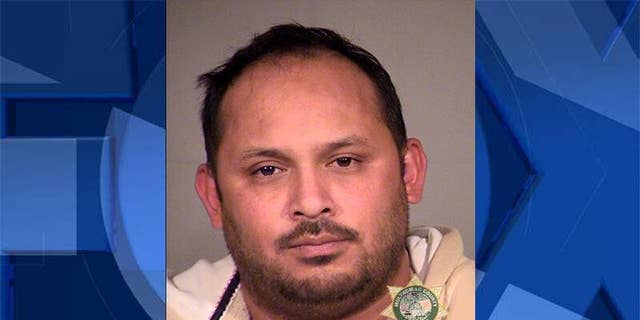 “The FBI's Legal Attaché in Mexico City worked with local authorities to locate and arrest Medrano-Alvarado,” police said. “After extradition proceedings, which were facilitated by the Multnomah County District Attorney's Office, Medrano-Alvarado was transported to the U.S.”

He arrived in Portland Saturday.

Prosecutors allege Medrano-Alvarado was one of two men who broke into an apartment and shot Delgado Morales to death, The Oregonian reported.

Prosecutors said at the time of the incident that the two suspects and the victim worked together on a crew digging ditches for a gutter company, according to the paper. They said alcohol may have been a factor in the shooting.

The other suspect in the case, Jose Carvajal-Mota, pleaded guilty to a manslaughter charge and after serving an 11-year sentence behind bars was deported to Mexico, police said.