Swallows fail to return to Britain's skies this summer

They are a traditional sign that summer is here. But while swallows have made their annual return to Britain’s skies, their numbers are much depleted, leaving birdwatchers baffled.

One theory is that a freak storm in Greece earlier this year may have killed thousands of the birds on their migration to the UK from South Africa.

Dead swallows were found in Athens and on Aegean islands after high winds battered the country in April, just as their first sightings were recorded here. 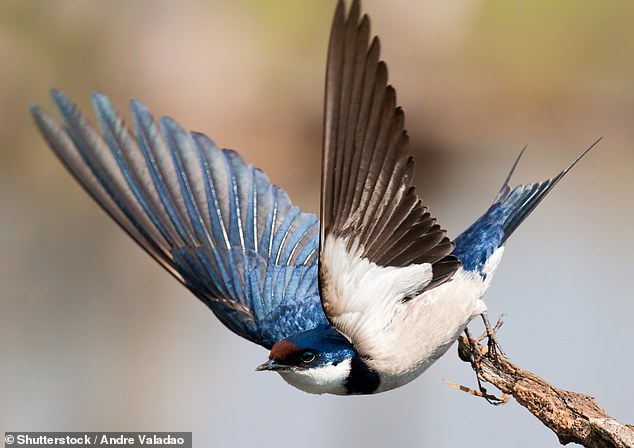 While swallows have made their annual return to Britain’s skies, their numbers are much depleted, leaving birdwatchers baffled

Paul Stancliffe, from the British Trust for Ornithology, said: ‘People are asking, ‘Where are all the swallows?’ They are here but seem to be in much lower numbers than we would expect coming into summer. They really should be here and on their breeding grounds.’

Precise numbers have been harder to gather than usual as lockdown is keeping the twitchers away from rural areas where swallows are normally best spotted.

Stephen Hussey from Devon Wildlife Trust said: ‘It is totally anecdotal but numbers do seem to be down slightly.

‘The only reason I’ve seen put forward was a storm over Greece that may have had quite high casualties. All migratory birds are suffering long-term declines, not helped by climate change.’

Bri, fail, Return, swallows, to
You may also like: