The Syrian Observatory for Human Rights said two ISIS fighters armed with guns, grenades and explosive belts launched a “violent attack” on Kurdish security forces in the war-ravaged town. The Raqqa attack ended when the ISIS militants detonated their suicide belts after being surrounded, according to the London-based monitoring group which relies on a network of sources inside Syria.

There were no immediate reports of casualties among security forces. ISIS claimed responsibility for the assault on the Telegram messaging app.

The Kurdish-led Syrian Democratic Forces (SDF), which runs most of northeast Syria and has been a key US ally in the fight against the jihadists, warned the assault is an “initial repercussion” of an imminent invasion by Turkish troops.

ISIS has regularly launched attacks in Kurdish-held territory since the SDF declared the territorial defeat of the group earlier this year. 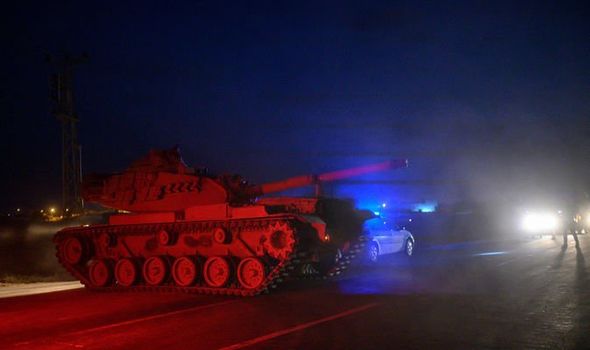 The SDF has warned the ISIS threat will grow if Turkey presses ahead with its planned military offensive.

The SDF, which is viewed as a terror group by Ankara despite being a long-time ally of Washington on the fight against ISIS, warned the Turkish offensive would enable surviving ISIS leaders to come out of hiding.

It warned ISIS terror cells would free jihadists from Kurdish prisons and take over camps where their relatives are held. 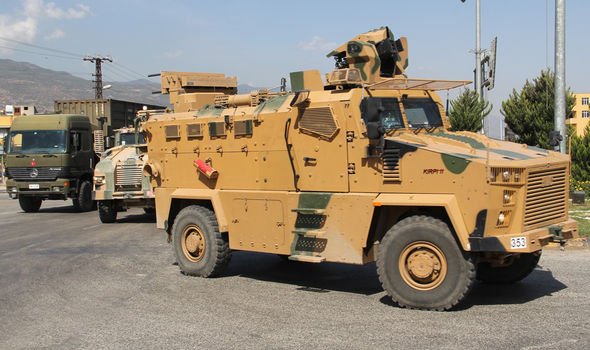 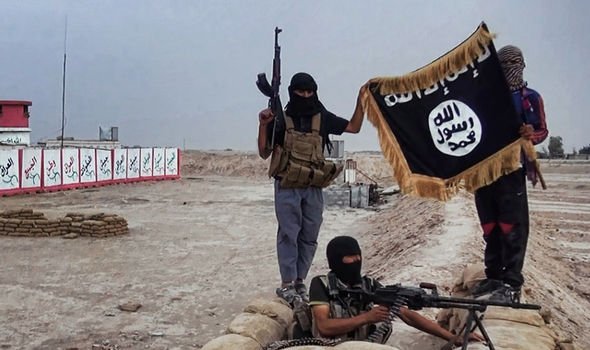 Turkish presidential spokesman Ibrahim Kalin said Ankara would continue to fight ISIS “and will not allow it to return in any shape and form.”

Ankara has confirmed the deployment of troops and equipment ahead of its northeastern Syrian operation were complete.

The Turkish army has placed howitzers behind earth embankments on its side of the border near the town of Akcakale.

Multiple launch rocket systems mounted on two trucks were deployed behind earth embankments near Suruc 40 miles to the west.

Artillery has also been stationed in the area and troop movements have been reported at a nearby military camp.

Turkey said its military had struck the Syrian-Iraqi border to prevent Kurdish forces using the route to reinforce the region. 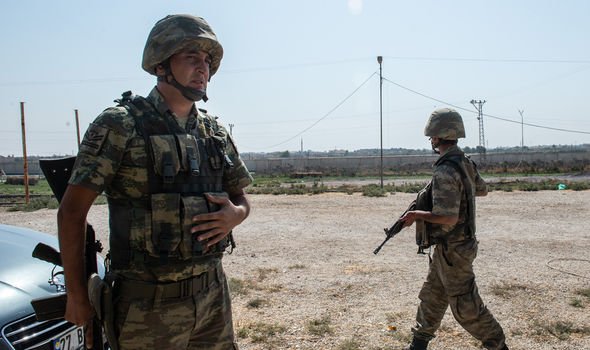 Donald Trump’s abrupt policy change has been widely criticised in Washington as a betrayal of America’s Kurdish allies who spearheaded the ground the bloody and hard-fought ground campaign against ISIS.

The decision has rattled allies, including France, one of Washington’s main partners in the US-led coalition fighting ISIS.

Russia, Syrian President Bashar al-Assad’s strongest foreign ally, said it was not told in advance by Washington or Turkey about any agreements to pull US troops.

Giant male humpback comes within feet of crushing a boat