Follow
Home » World News » It takes a lot to keep the Queen from Royal duty, even at the age of 92

It takes a lot to keep the Queen from Royal duty, even at the age of 92

So we shouldn’t be surprised that she had to cancel a service at St Paul’s Cathedral this week because she was feeling a bit “under the weather”. 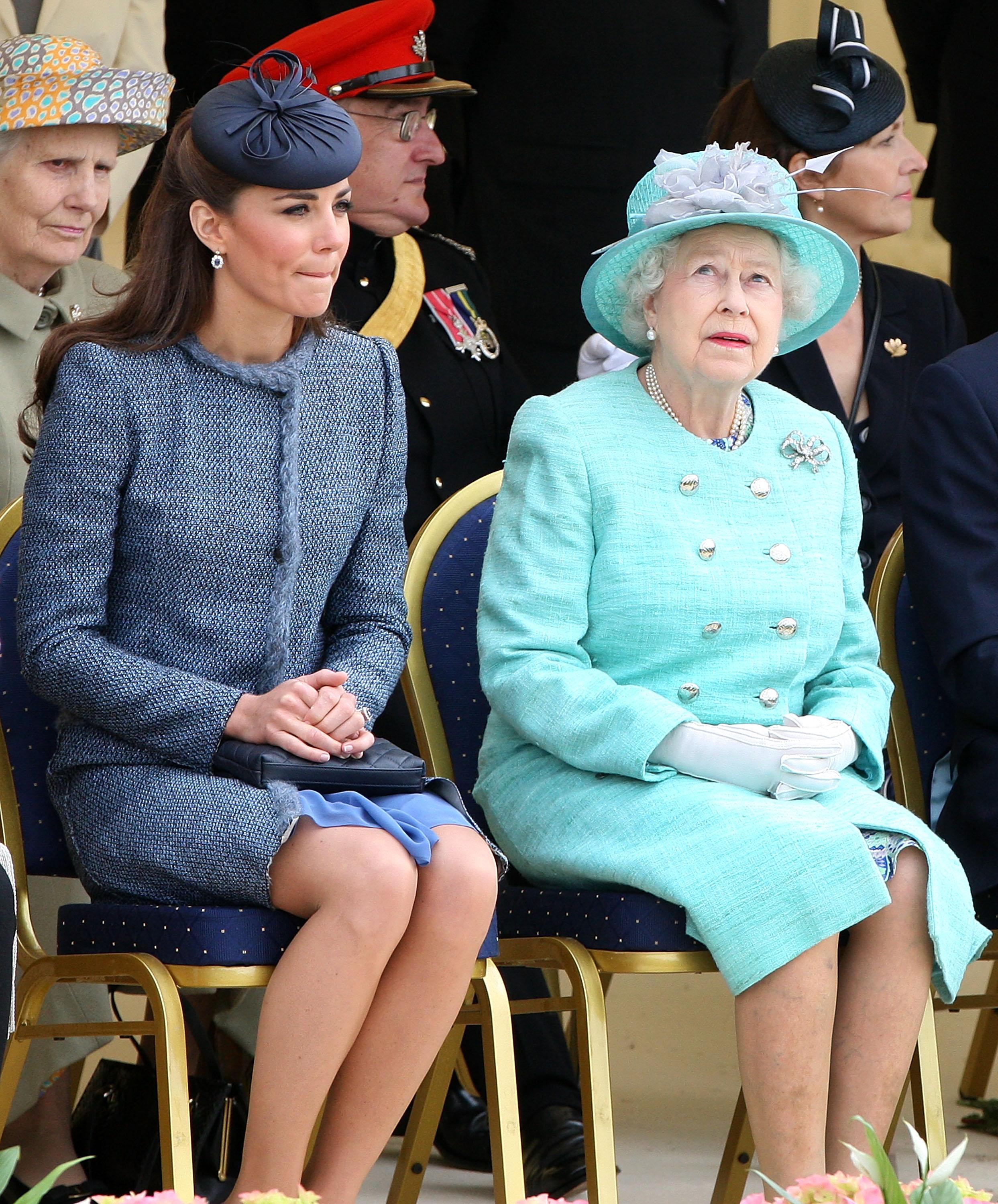 The Queen’s definition of that anodyne phrase is most likely an ailment that would have left the rest of us in hospital.

She reminds me of those “stuff and nonsense” posh countrywomen in French And Saunders who would accidentally cut their fingers off and nonchalantly throw them to the dogs.

There must, however, have been more to it than Her Maj not ­feeling too chipper, as she hates to miss any special church services, and especially one which marked the 200th anniversary of the Order of Michael and St George.

While that might not mean very much to you and me, it’s the kind of historical royal traditional the Queen holds so very dear. 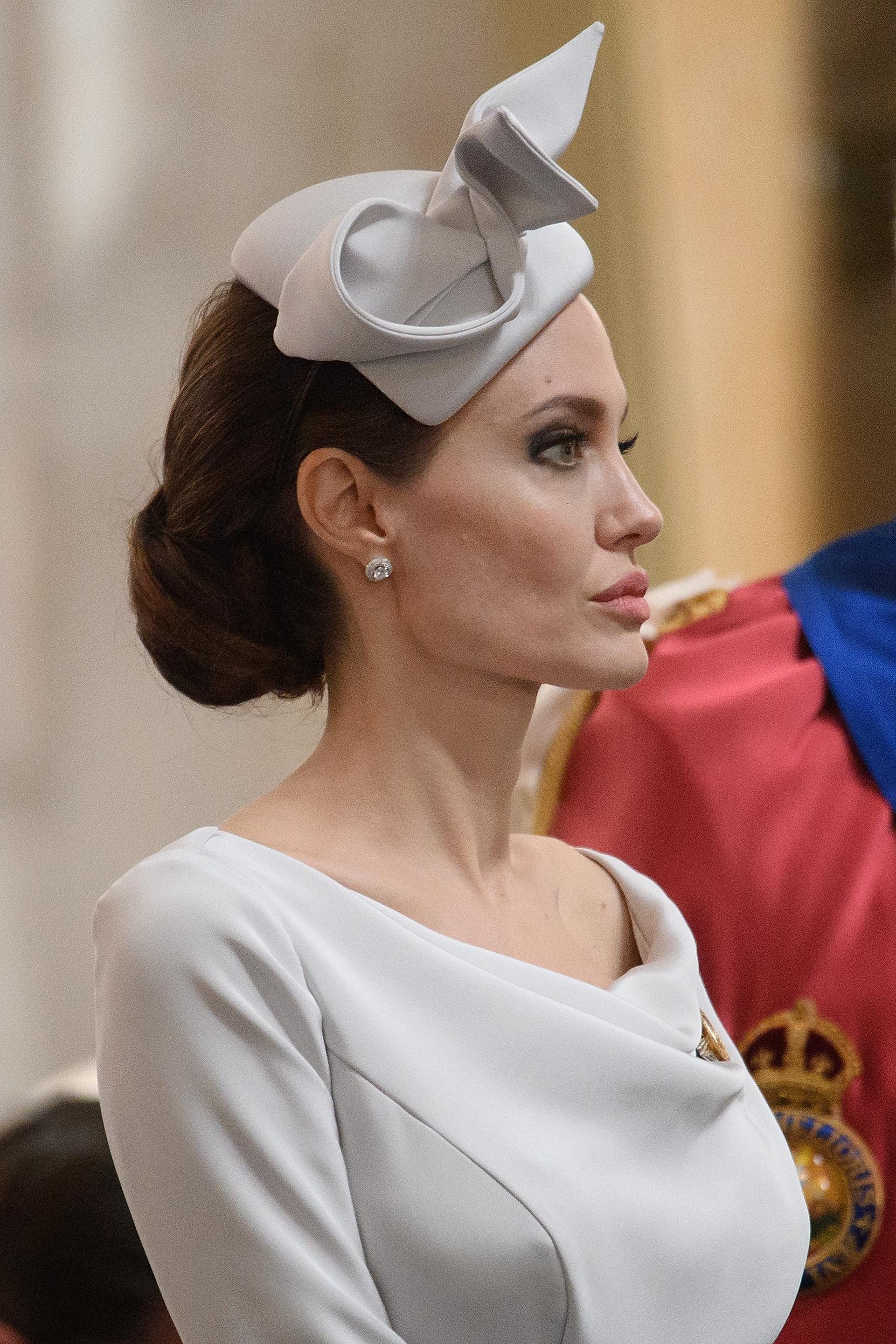 Those attending had to make do with Hollywood star Angelina Jolie, being honoured for her international charity work.

I’m sure Angelina would have been horribly disappointed not to receive her gong from the Queen, but from last-minute substitute the Duke of Kent.

Even A-listers are in awe of our monarch.

But maybe her absence from events is something we will all have to get more used to.

She has already stepped down from overseas visits, leaving the long-haul flights to younger members of The Firm.

And I’m sure Meghan and Harry will have started packing for an upcoming visit to Australia and New Zealand.

The Queen, will obviously still be on hand to give wise counsel to her children and grand children, but with Prince Philip retired from public life, who could blame her for taking things a little bit easier.

Her schedule is relentless.

Earlier in the week she was working as usual, with duties including an audience with the ambassador of Zimbabwe.

Next week she will be at Holyrood Palace, in ­Edinburgh, with a busy schedule of events including investitures where she will, among others, be honouring my friend and colleague Ross King with an MBE.

At these ceremonies the Queen is on her feet for hours, dealing with nervous, excited people including those like myself, who are so overcome they just blub and burble incoherently.

To this day I have no idea what the Queen said to me when I received my OBE in Holyrood, because I was so overcome by the whole experience.

Even those who profess to find the Royal Family archaic and irrelevant would have to admit the Queen deserves respect for her work ethic and sense of duty. 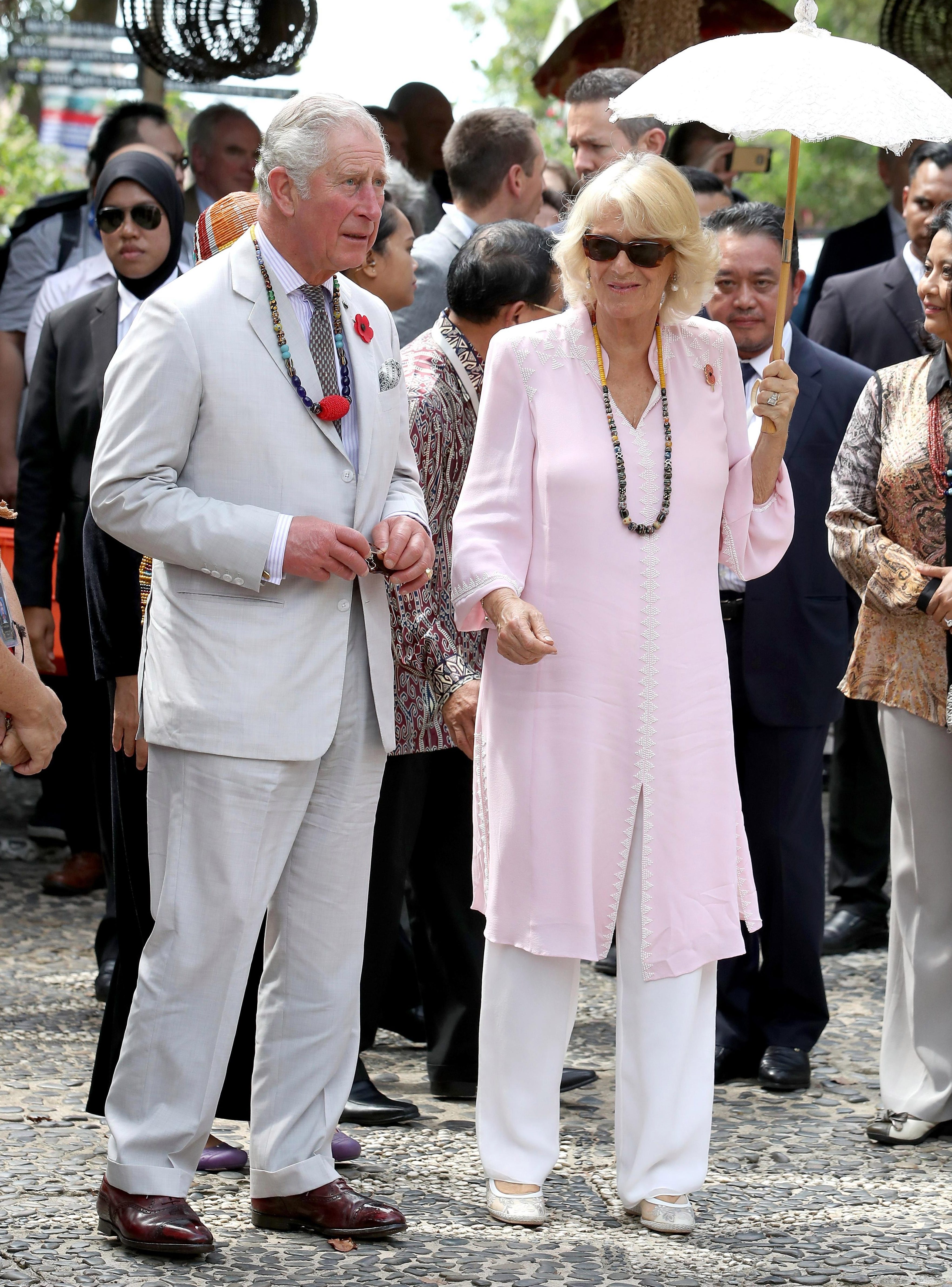 Despite being in her nineties, she has kept her finger on the nation’s pulse and apart from the blip immediately after Diana’s death, she knows what the people expect of her.

That’s why I don’t think we will ever see her completely retire.

She keeps a beady eye on the other royals and I reckon she will take a very dim view of this week’s revelations that Prince Charles ran up a £1million bill jetting around in the past financial year.

The Queen switches off the lights in Buckingham Palace, keeps leftovers in Tupperware boxes and famously turns the heating down even in the depths of a freezing Balmoral winter.

The costs run up by Charles and Camilla (including an eye-watering £362,000 to charter a plane on a visit to the Far East last year) are just the sort of excesses his mother frowns upon.

And they will make her determined not to hand over the reins to her eldest son while she still has breath in her body. 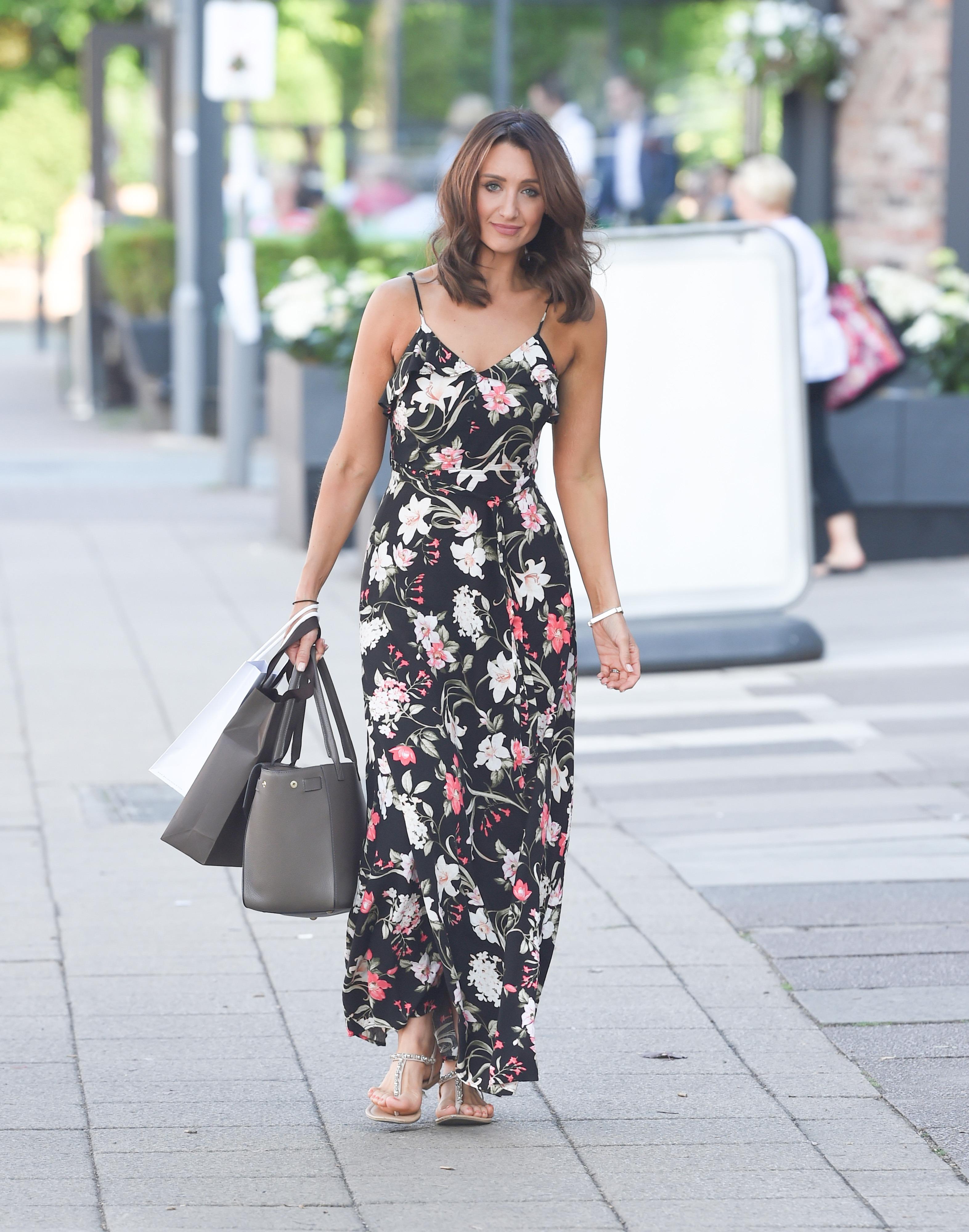 CORRIE will be a duller show without the luminous Catherine Tyldesley, who has filmed her final scenes as poor Eva.

We all knew Catherine was a cracking comic turn, but over the past few months Eva’s storyline has gone to some very dark places indeed.

And Catherine more than proved her skill as a ­dramatic actress, right up there with the best of them.

I reckon she could easily gain the kind of success enjoyed by Corrie alumini such as Sarah ­Lancashire, Suranne Jones and Katherine Kelly.

Like them, Catherine is a truly authentic performer, and she has already made the bold move of ­ changing her hair colour to distance ­herself from Eva and to show the world she means business.

I wish her all the very best.

She’s a lovely woman who truly deserves success and she has proved again that most of the top acting on our screens comes from the once-derided soaps.

Johnny, sober up for son 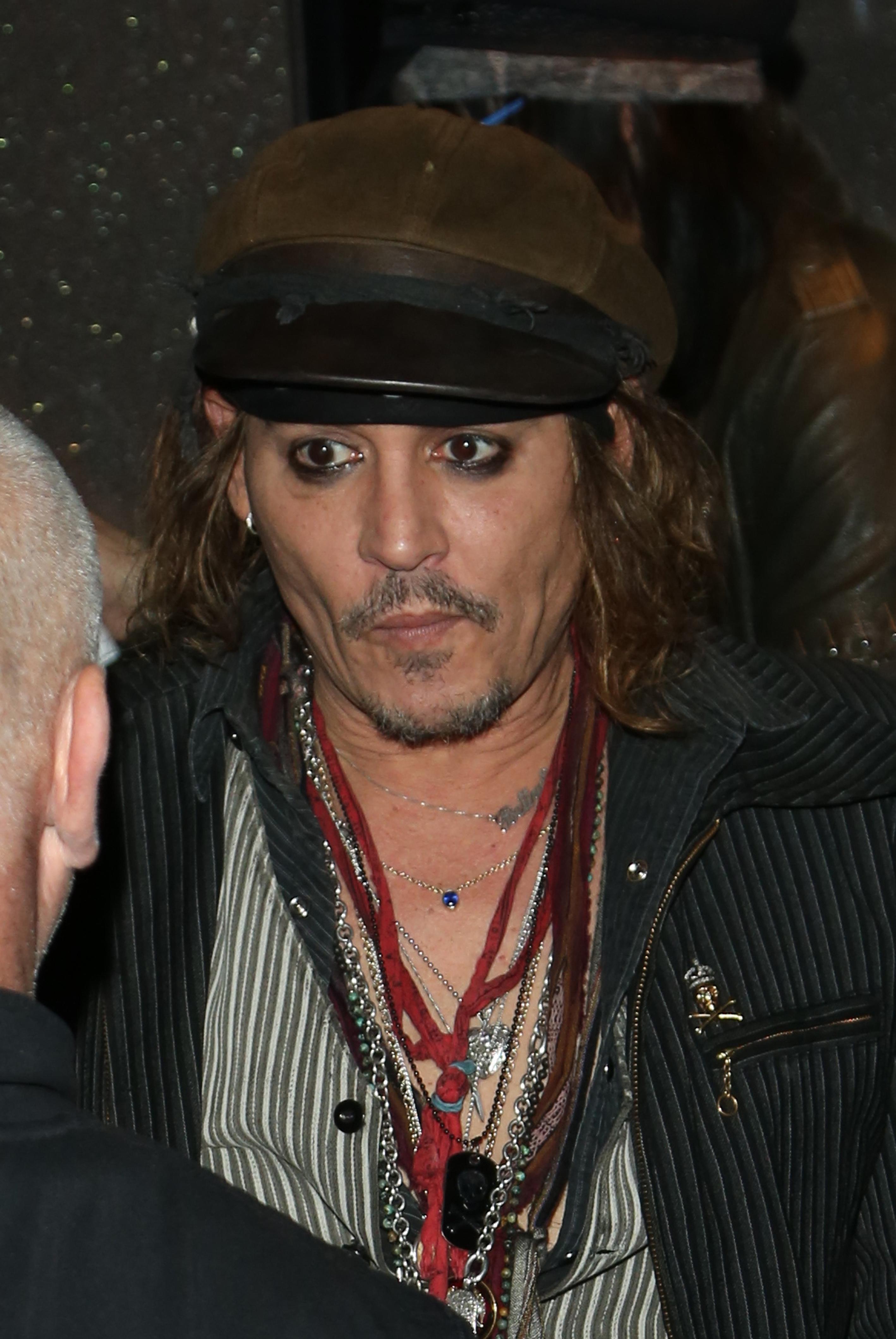 VERY sad to hear that Johnny Depp’s teenage son Jack is suffering from what is being described as “serious health problems”.

His mum Vanessa Paradis missed the Paris premiere of her latest movie to stay with the 16-year-old.

The couple never got married but they were together for 14 years until they split in 2012. Since then Johnny has seen his life spiral out of control.

He admits to struggling with drugs and depression and he’s lost much of his £459million fortune.

He’s embroiled in court battles over money and was pictured recently looking incredibly thin and pale.

When I interviewed him at the end of last year he was clearly “well refreshed” and virtually incoherent.

Maybe having to face up to his child’s health problems could actually be a turning point for Johnny.

His family need him right now and he will have to step up to the mark. 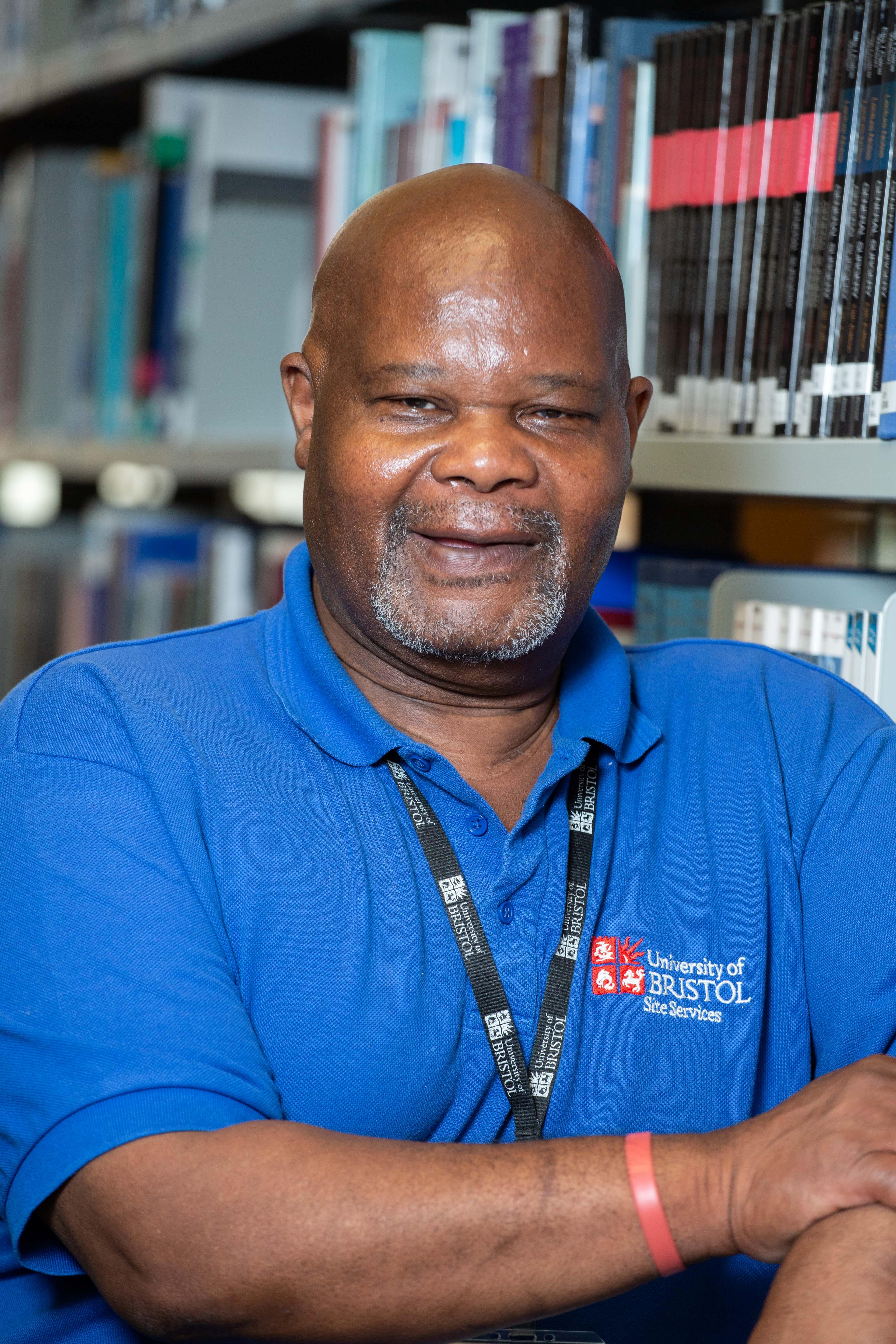 ONE of the feel-good ­stories of the week was the kind students who raised enough money to send Bristol University cleaner Herman Gordon to visit his family in Jamaica.

Herman was beside himself with happiness and cried tears of joy when he opened his gift envelope to find it stuffed with cash for the trip.

He’s clearly a very ­special man and much loved by the students, who said he brightened their lives and they simply wanted to give him ­something in return.

Herman was part of the Windrush generation and can’t afford to go back to Jamaica too often.

But now he and his wife can have a wonderful visit.

This little shaft of light gives me hope for the future and shows there is still a lot of decency in the world.

Herman also now knows that he makes a real difference and is greatly valued – and you cannot put a price on that.

Doctor of Lorr at last 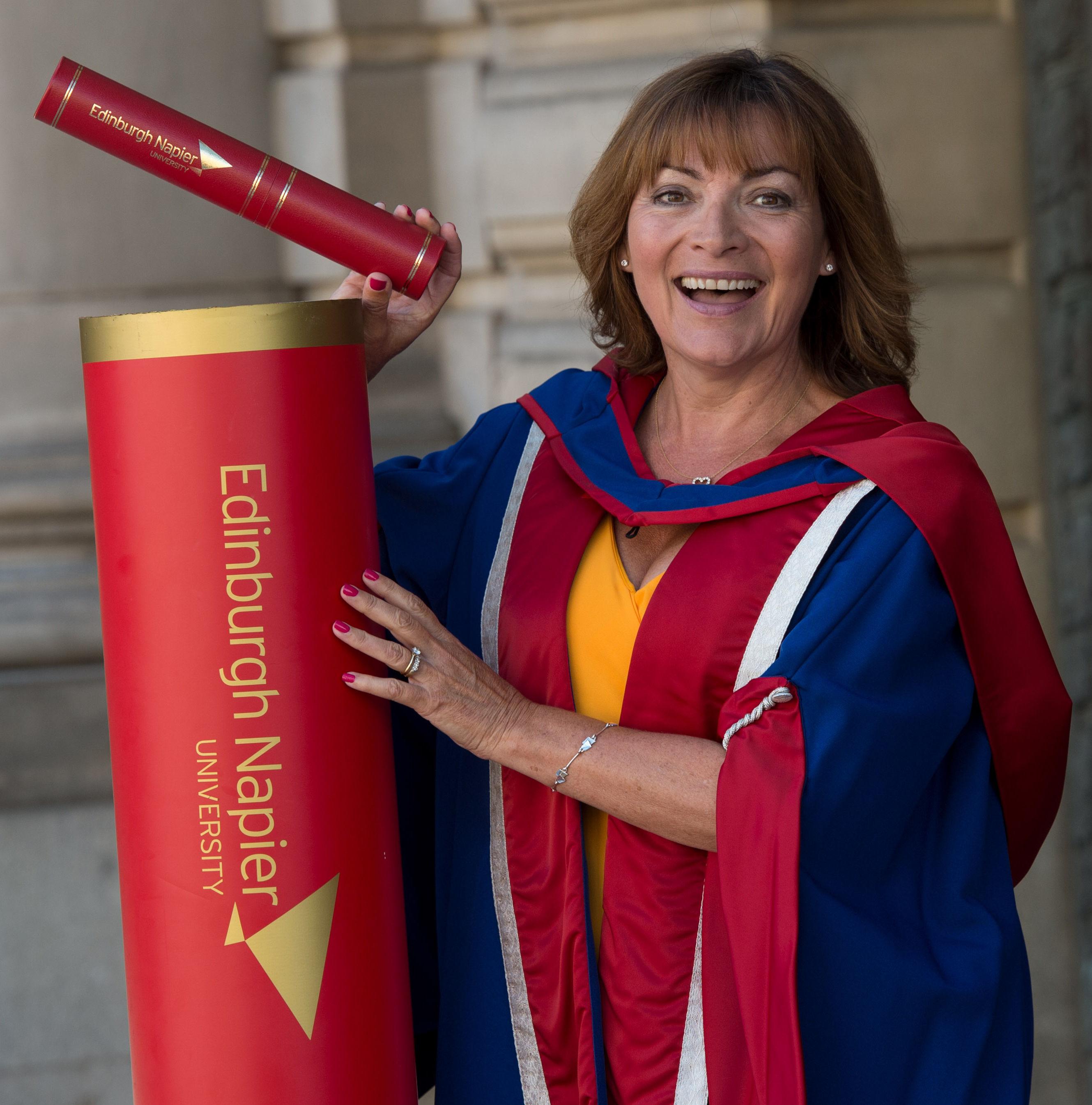 A HUGE thank you to everyone at Edinburgh Napier University, which presented me with an honorary arts doctorate this week.

It was so moving to see all the young, hard-working students come up on stage at the Usher Hall to receive their degrees in front of beaming parents, family and friends.

Two years ago I saw my daughter Rosie awarded her honours degree in journalism on the very same stage.

I was so proud of her I could have burst.

It was lovely to be able to follow in her footsteps and it really was a day to remember. 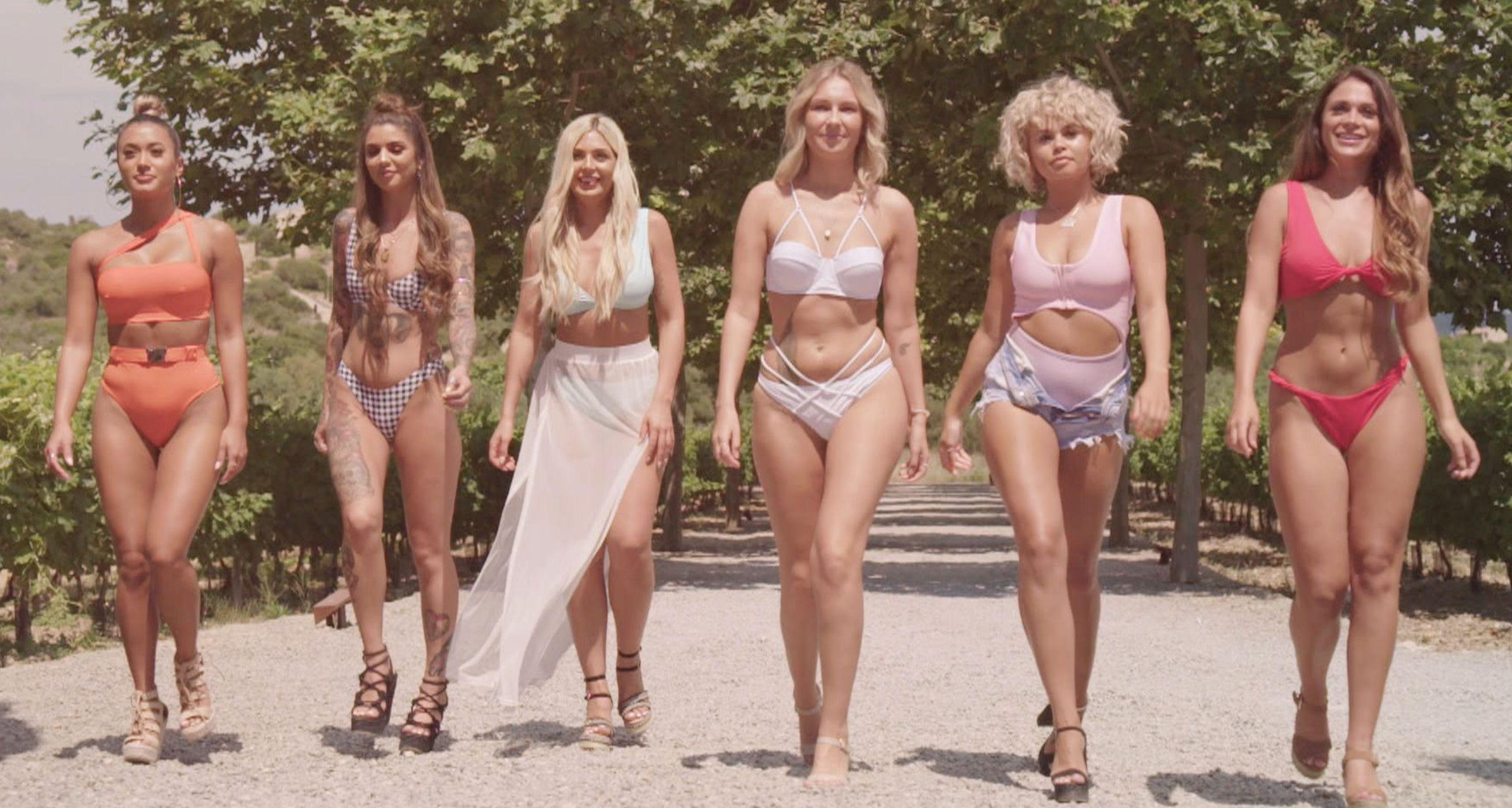 DESPITE not having watched a frame of Love Island, I’m obviously well aware of the show that has divided the nation.

But what really strikes me is how similar they all look in the promos and newspaper photos.

It’s no wonder the girls bounce from one chap to another when they are merely identical hairless Ken dolls.

The same goes for most of the girls. The hair colour and bikinis might be a different hue, but they have that heavily browned, slightly startled, puffy-mouthed look of a sex doll.

Which I suppose is the point.