A TEENAGER is lucky to be alive after being impaled in the neck by a flying needlefish while fishing from his boat.

Muhammad Idul, 16, was fishing with his mum and dad when the fish with a razor sharp pointed beak jumped out of the water. 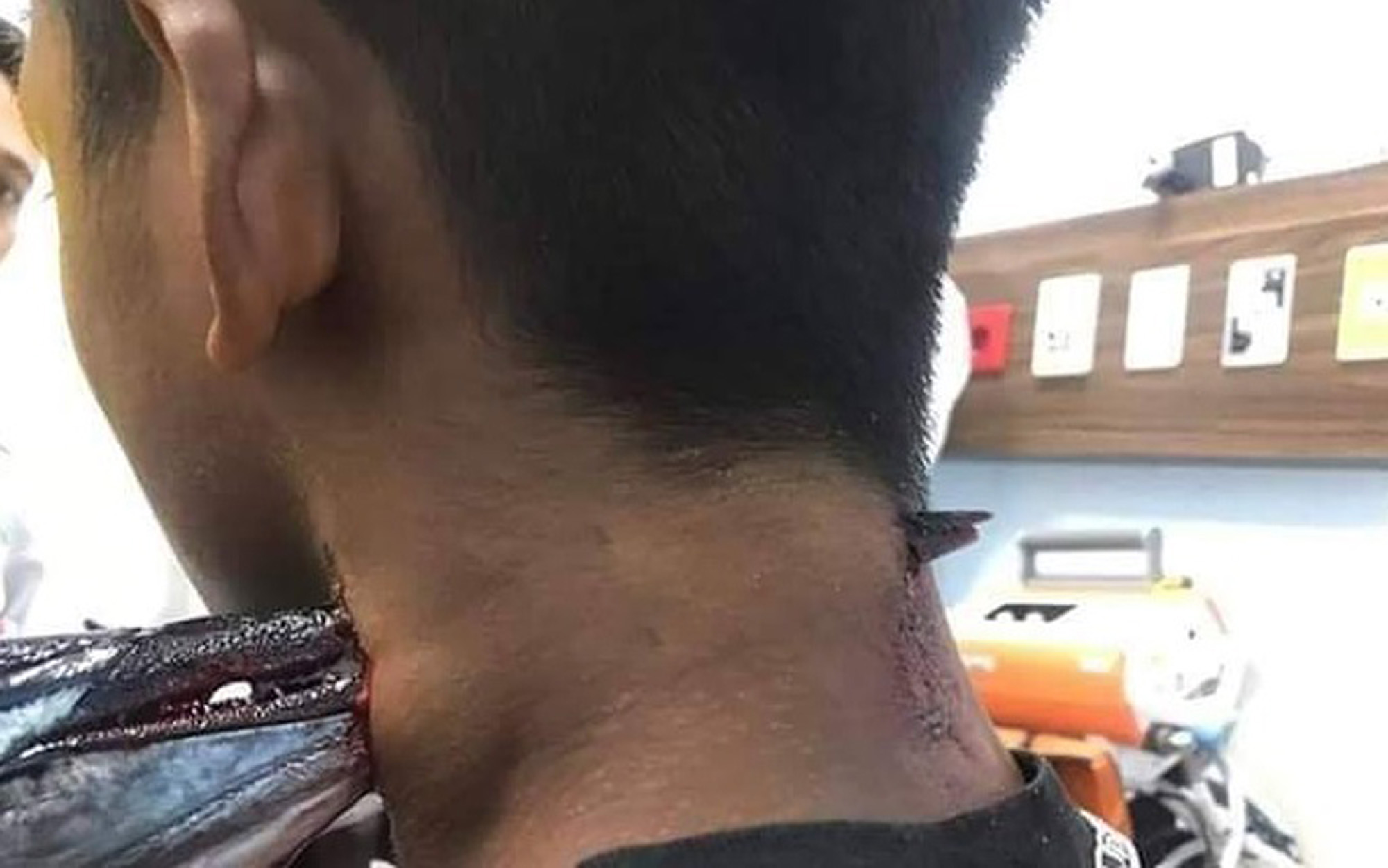 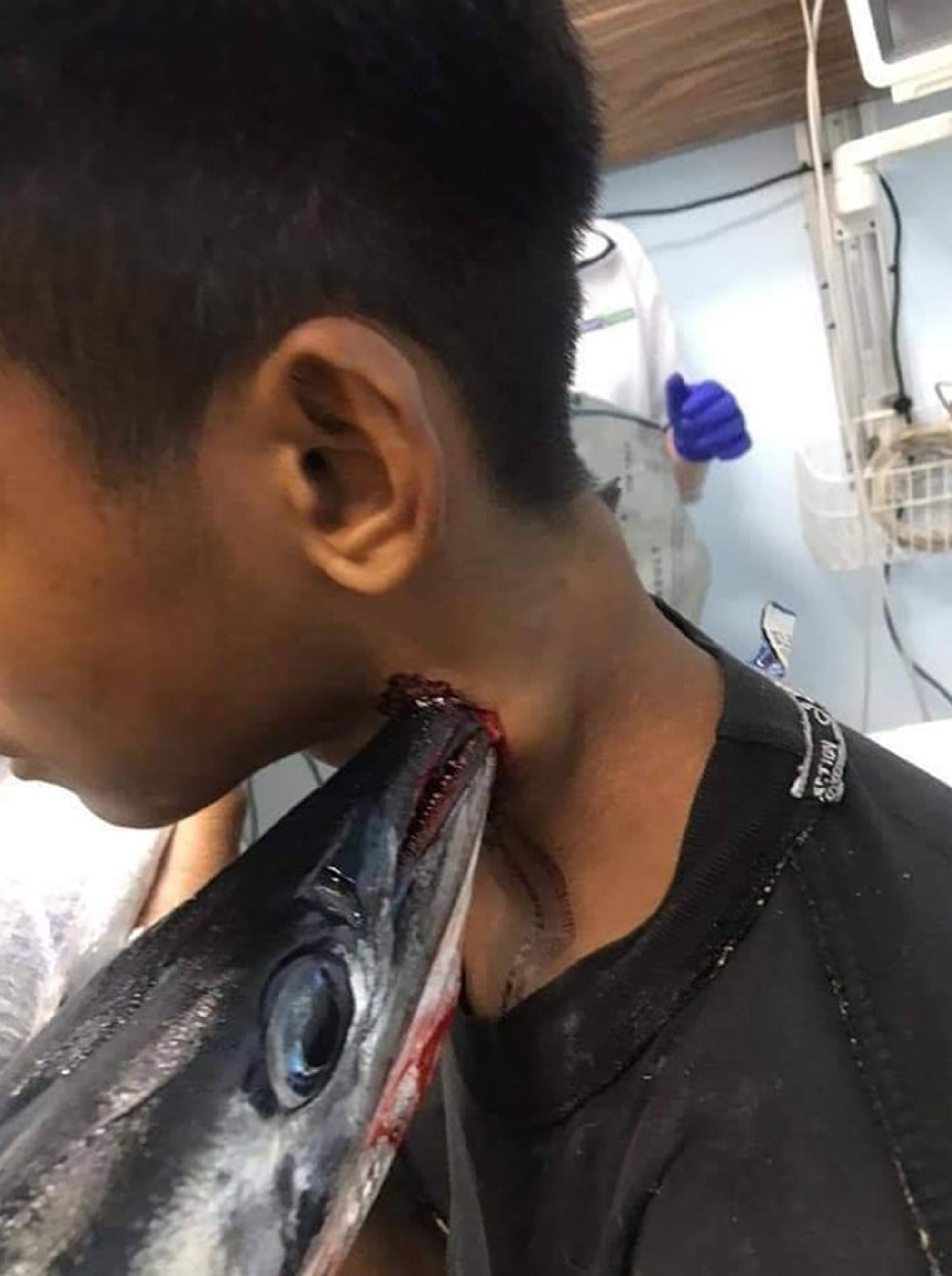 The needlefish's long snout stabbed the 16-year-old's neck and pierced the back of his skull.

The teen managed to make his way home for treatment with the fish still embedded in his neck in Sulawesi, Indonesia, on Saturday.

>He was rushed to hospital for treatment before having surgery to remove the fish from his neck.

Local media report needlefish began jumping out of the water as the teenager was fishing when one of them impaled its long, sharp jaws in Ibdul's neck and knocked him off his boat.

Reports state Idul was able to swim to the surface before walking home with the fish's needle-like jaws in his neck. 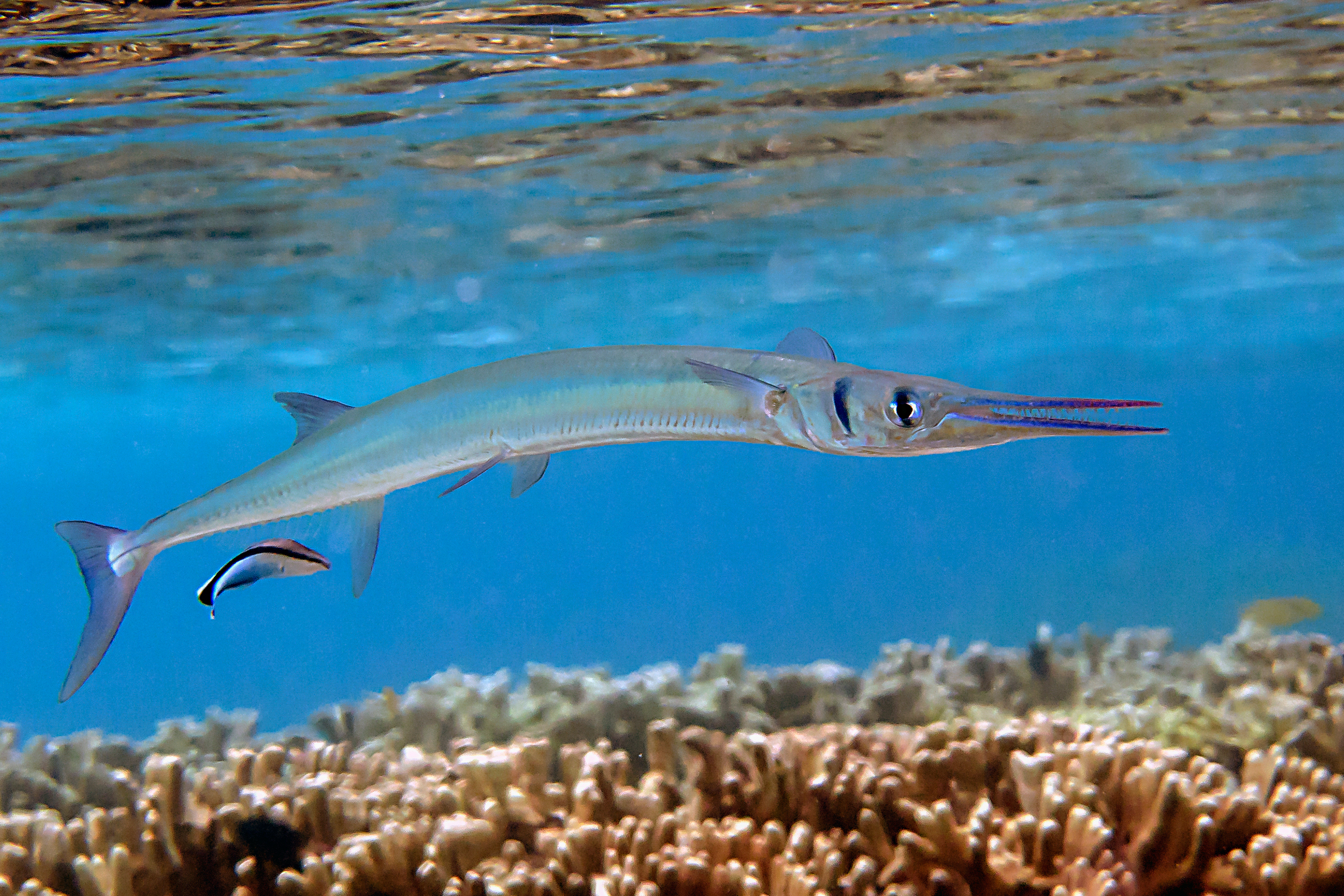 Needlefish are known for their distinctive long, narrow jaws filled with sharp teeth which they use to catch smaller fish.

They swim near the surface and and are capable of making short leaps out of the water at up to 40 mph.

They often jump over boats rather than swim round them – meaning some fishermen rate them more dangerous than sharks.

There have been several recorded deaths caused by needlefish and many other gory injuries.

In 1977, a ten-year-old Hawaiian boy died when a needlefish pierced his eye while on a night time fishing trip with his dad.

In 2013, a young Saudi man bled to death after being hit by a needlefish on the left side of his neck.

In 2018,Thai navy cadet Kriangsak Pengpanich, 22, was killed when he was speared during a training exercise.

Idul was then taken to a nearby hospital in the city of Baubau but the staff there did not want to remove the fish because the surgery needed specialist equipment.

The teenager was therefore transferred to another hospital in the city of Makassar where doctors performed a delicate one-hour operation to remove the fish.

Images show the fish's head after it was pulled out of the teenager's neck.

Idul is said to be in a stable condition as he recovers in hospital and remains under observation to prevent any potential infections.

Anaesthetist Syafri K Arif said he would remain in the hospital for three to four days. 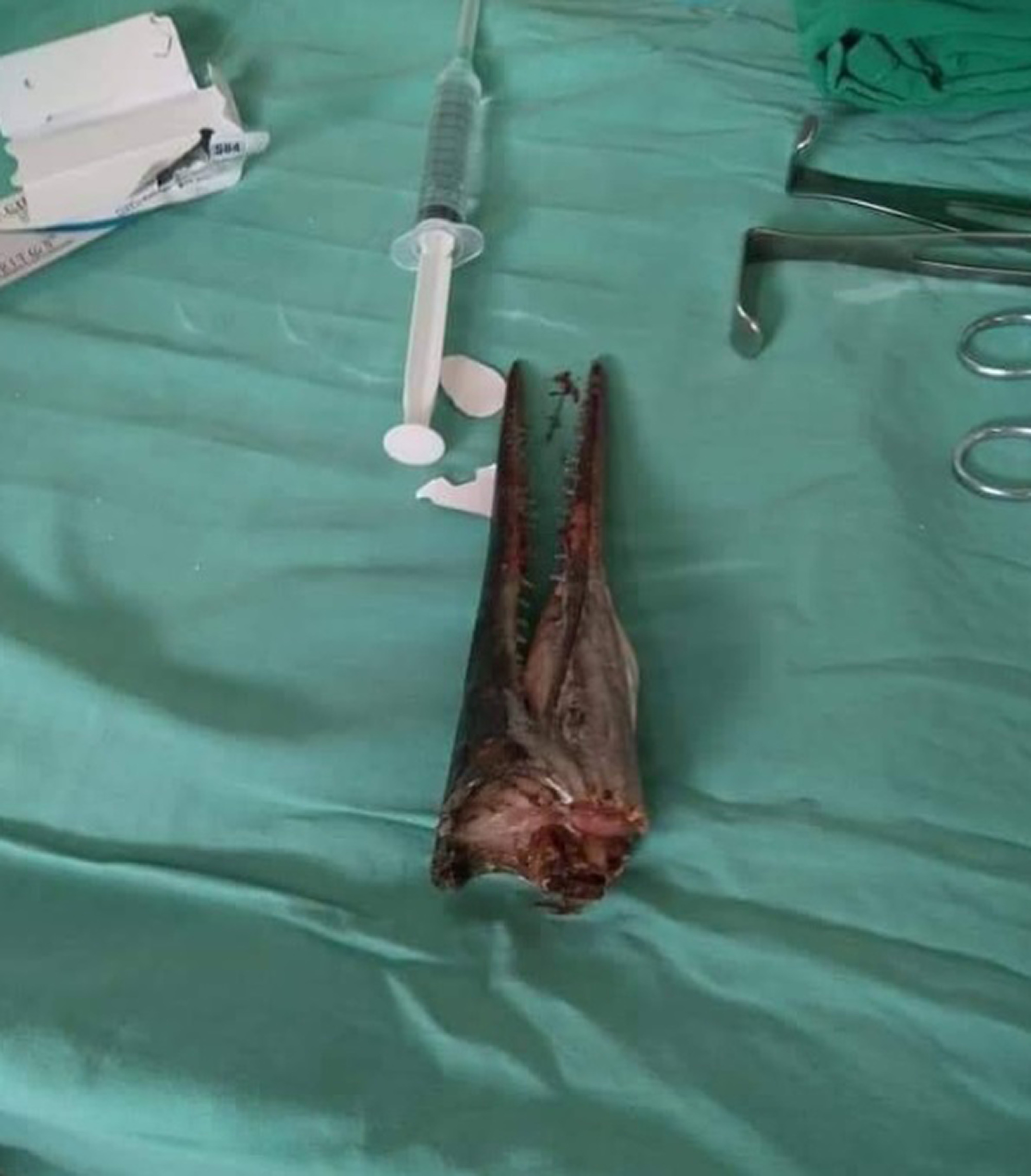 impaled, neck, teen, the, through
You may also like: