The video clips, recently released by the US government, give a glimpse into the horror caused by 23 nuke explosions detonated in Bikini Atoll in the Marshall Islands between 1946 and 1958. 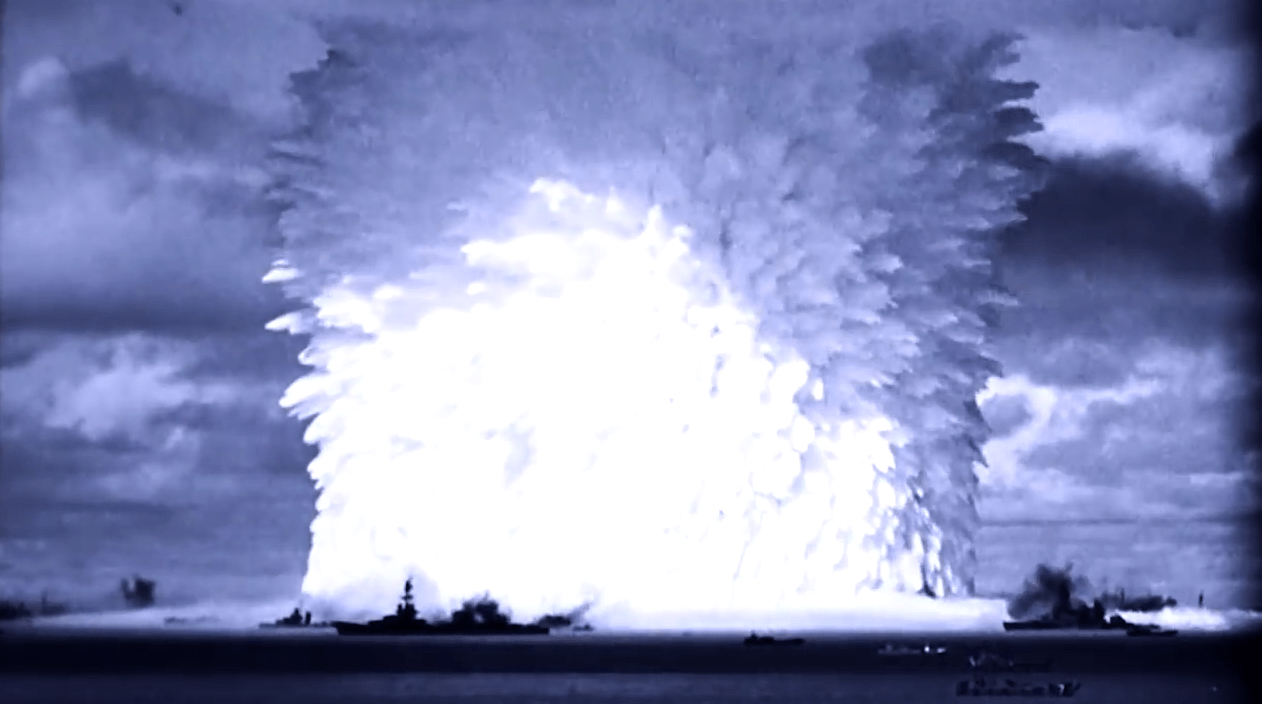 Carried out in the early days of the Cold War, the tests included the 1954 Castle Bravo bomb which remains the most powerful thermonuclear weapon America has ever detonated.

The civilisation-wrecking 15-megatonne explosive was 1,100 times bigger than the atomic bomb used to massacre thousands in Hiroshima  in 1945.

Bravo – nearly three times its predicted power – exposed thousands in neighbouring islands to the radioactive fallout despite the 167 residents in Bikini Atoll being evacuated before the first test in 1946.

US government scientists declared Bikini safe for resettlement in the early 1970s but residents were removed in 1978 when it became clear that they were ingesting dangerously high levels of radiation from the contaminated fish, plants and water. 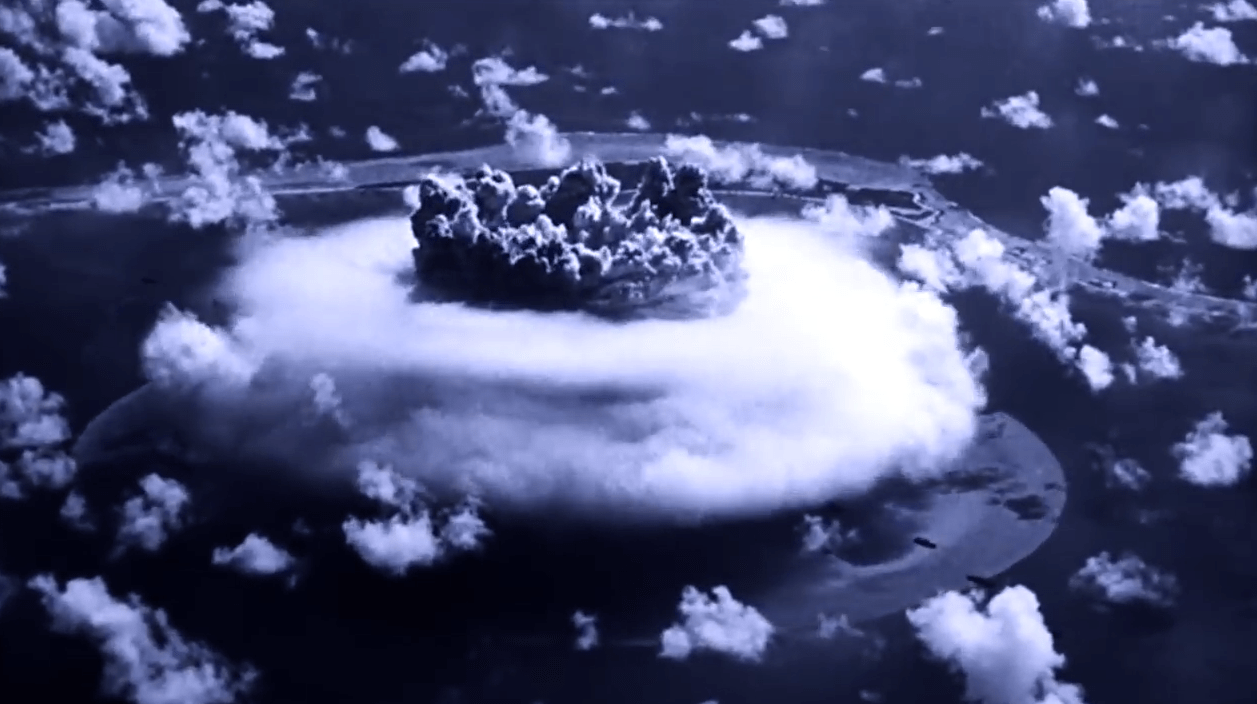 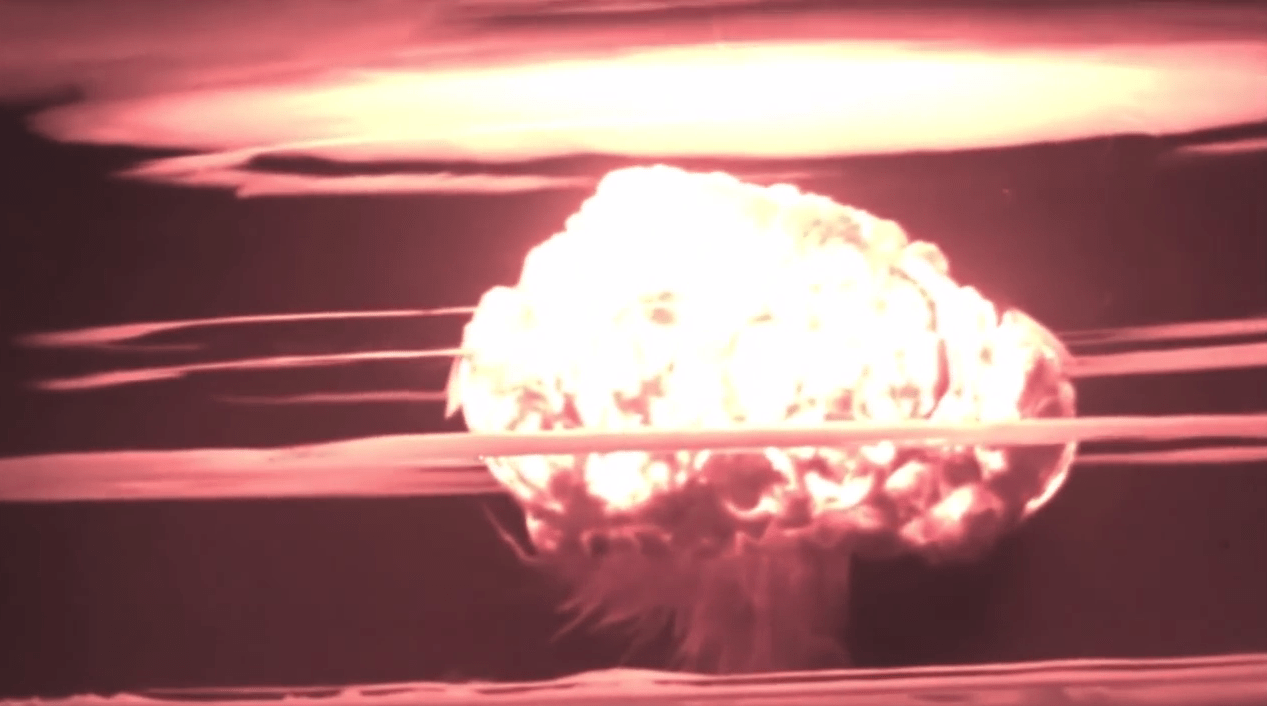 To this day, the small community remain exiled from their home.

Dubbed the Pacific Proving Grounds, the Marshall Island sites were used to carry out atmospheric nuclear tests – meaning the bombs were dropped from planes or detonated while underwater.

During the first test on July 1, 1946, military scientists wanted to see the impact of the bombs on naval warships and even filled the boats with animals such as pigs and rats to study the effects of nuclear fallout on livestock, reports Atomic Heritage Foundation.

Islanders started to show signs of cancer in the 1960s, while residents further afield showed elevated risk of thyroid tumours and leukaemia, according to Georgetown University professor Timothy J. Jorgenson.

Former residents of Bikini Atoll and their relatives were awarded more than £1.5billion by the Marshall Islands Nuclear Claims Tribunal which was established in 1988. 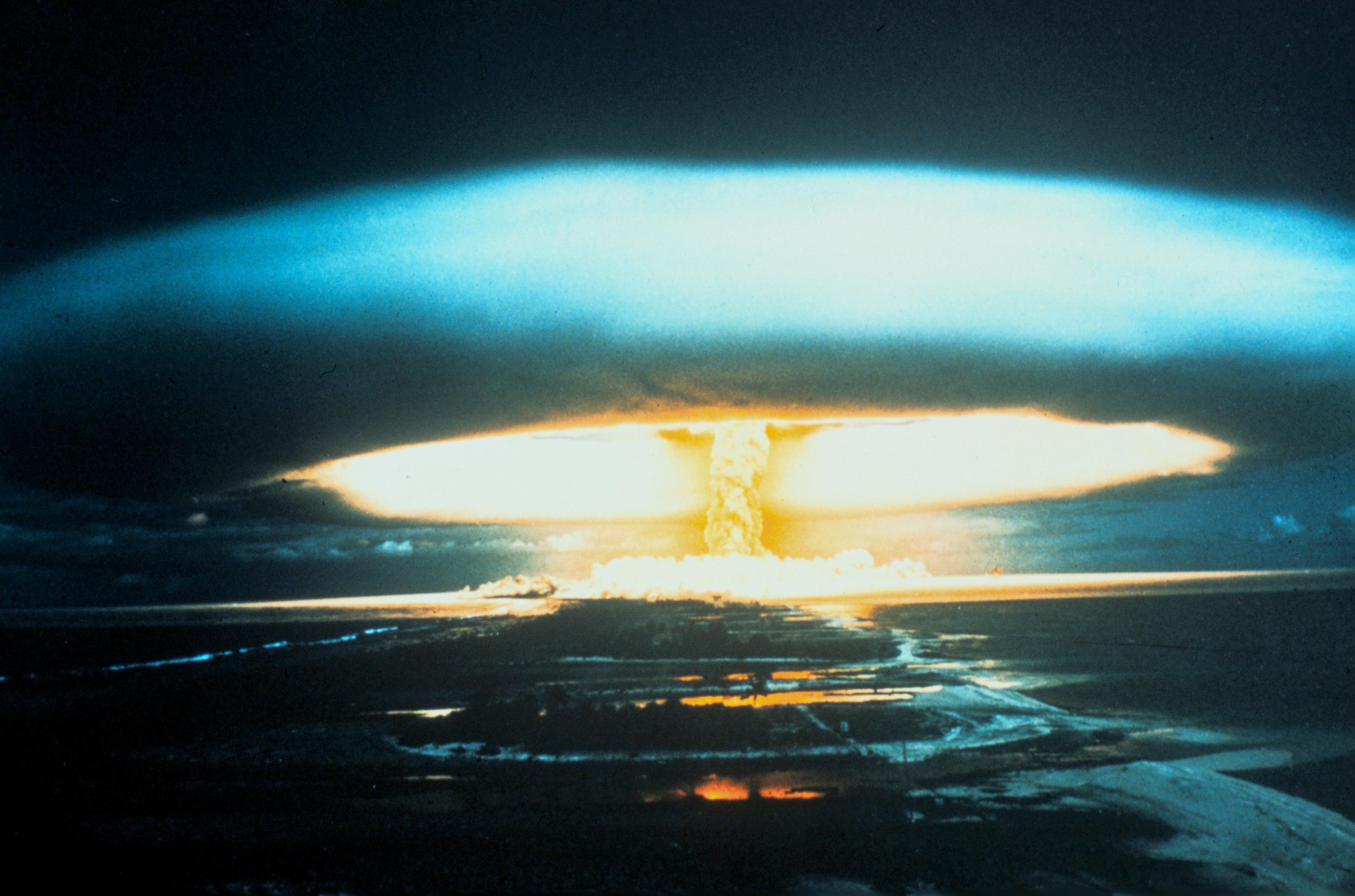 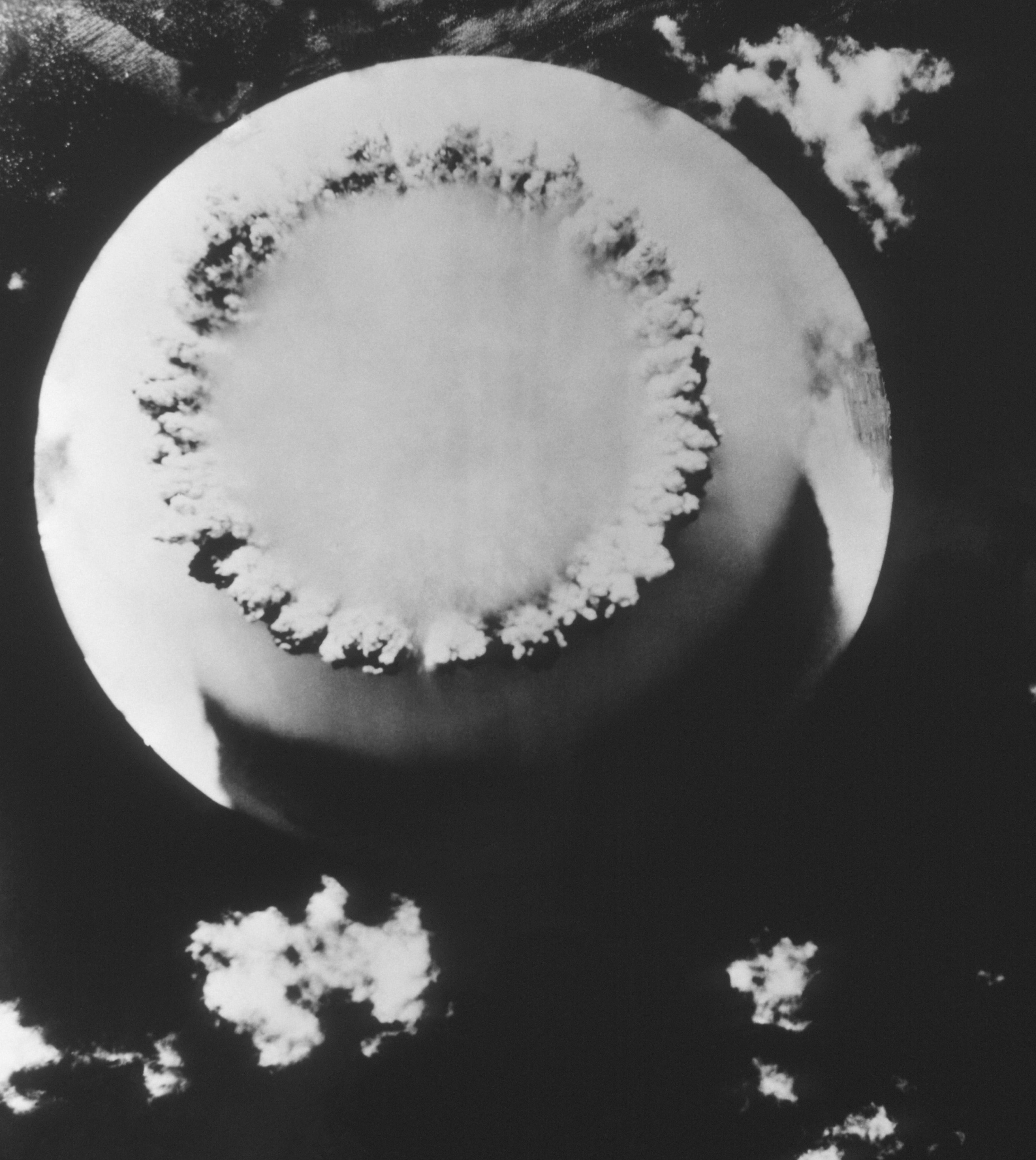 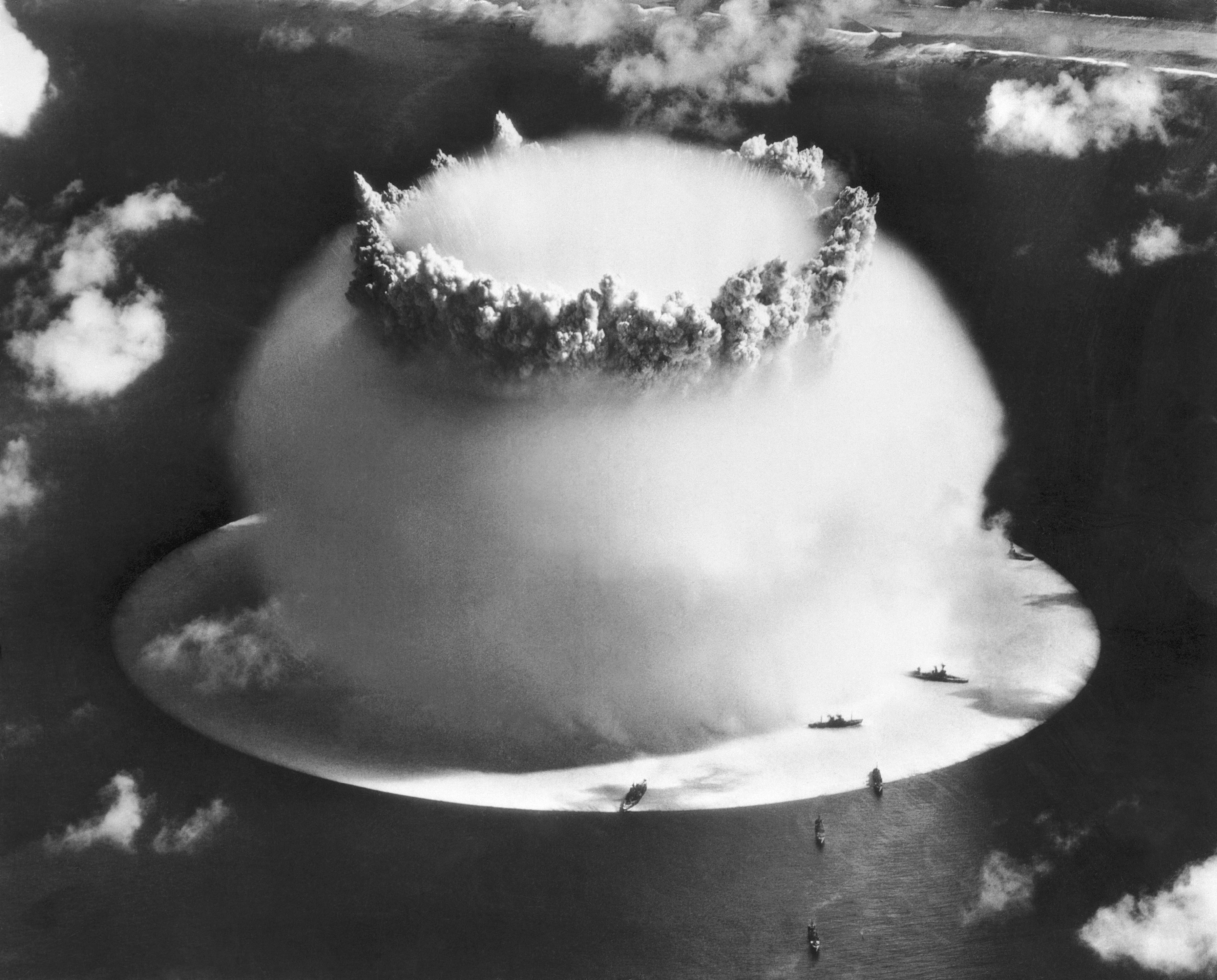 But despite being permanently displaced from their home, the US stopped paying compensation in 2011after Congress refused to provide additional funds.

Hundreds of schools of fish including tuna and sharks have thrived while swimming around coral as big as “cars”, reports The Guardian.

Professor Steve Palumbi’s team said Bikini’s marine life looks normal and healthy and do not have mutations like animals found at the Chernobyl nuke site, despite the island being declared a nuclear wasteland. 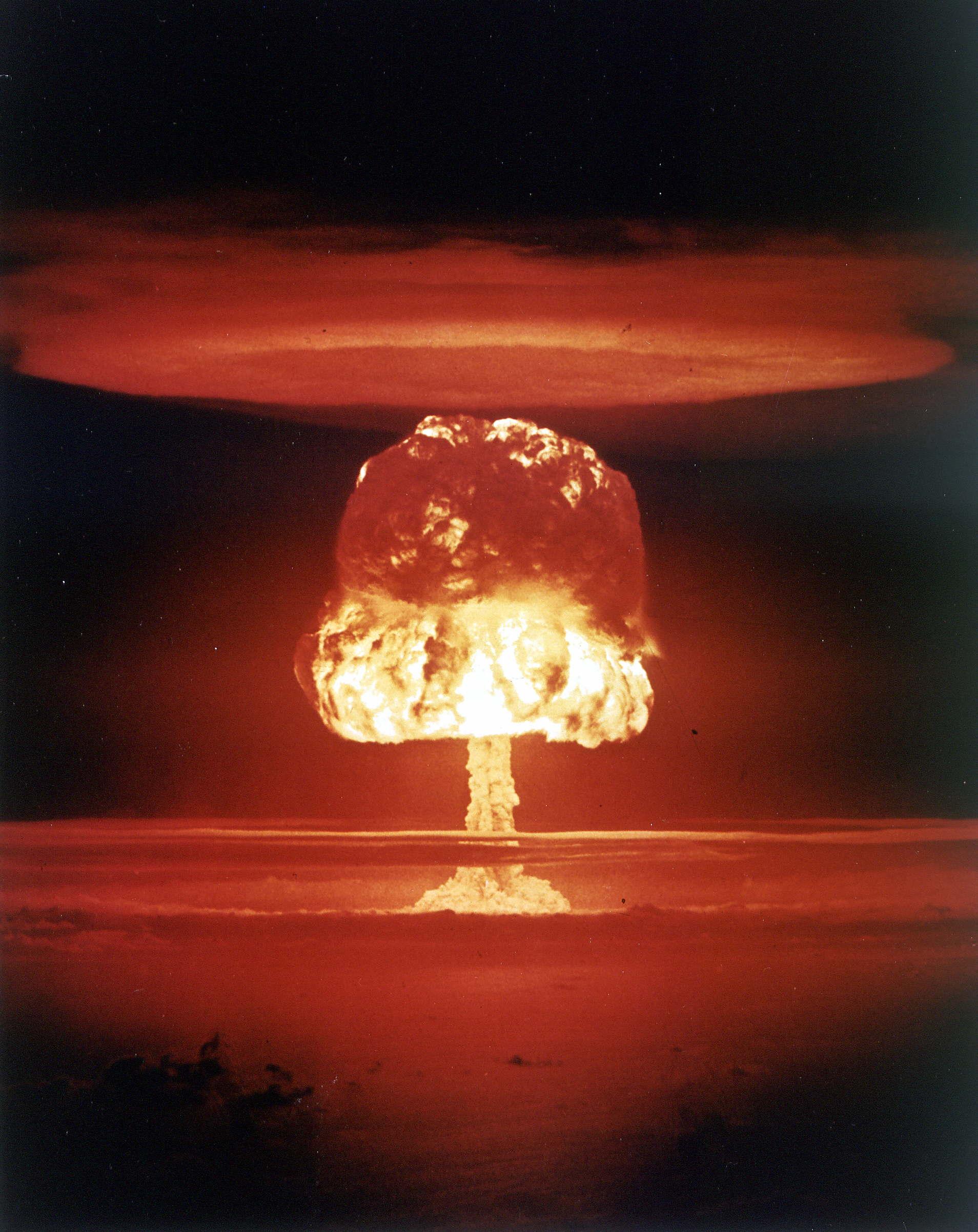 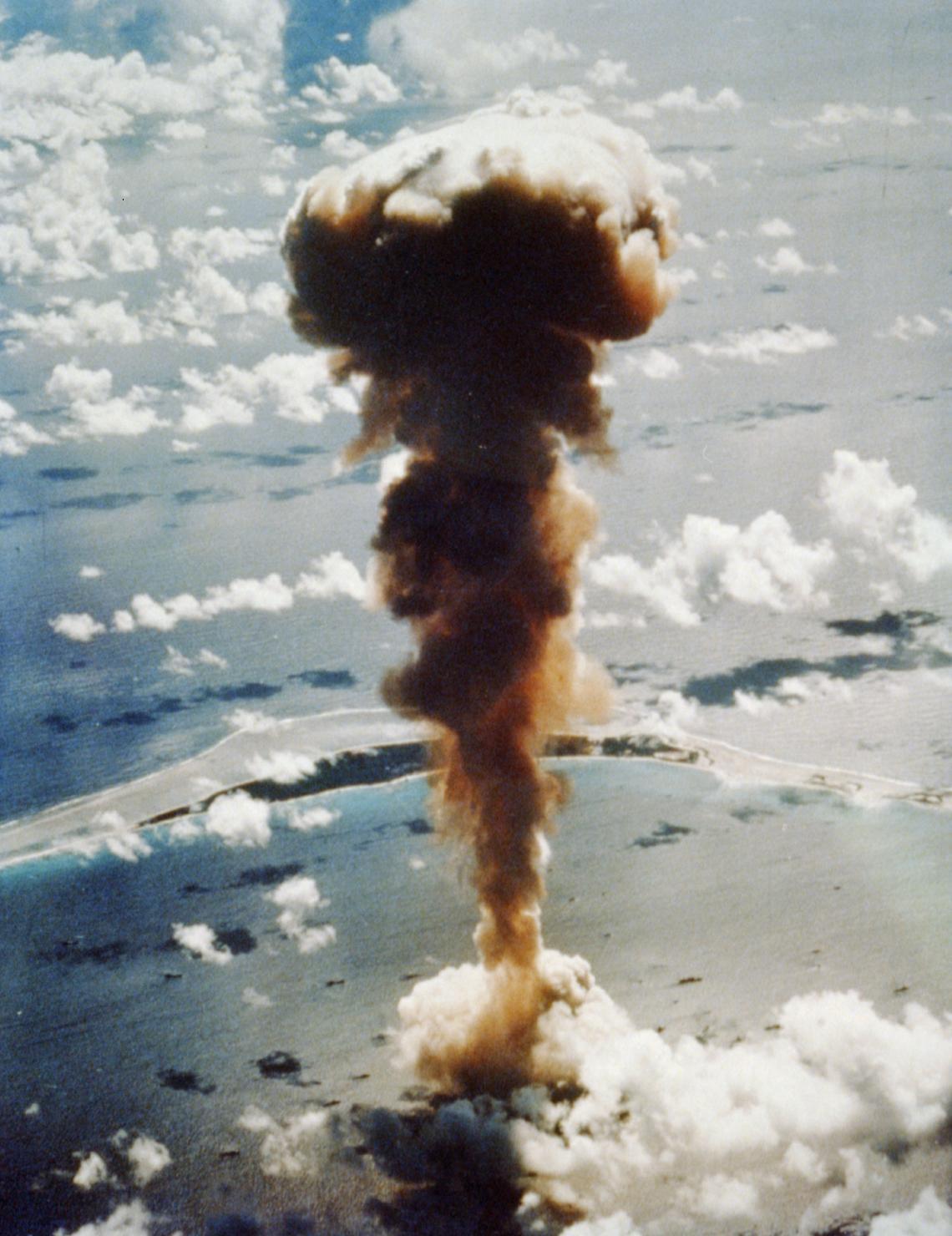 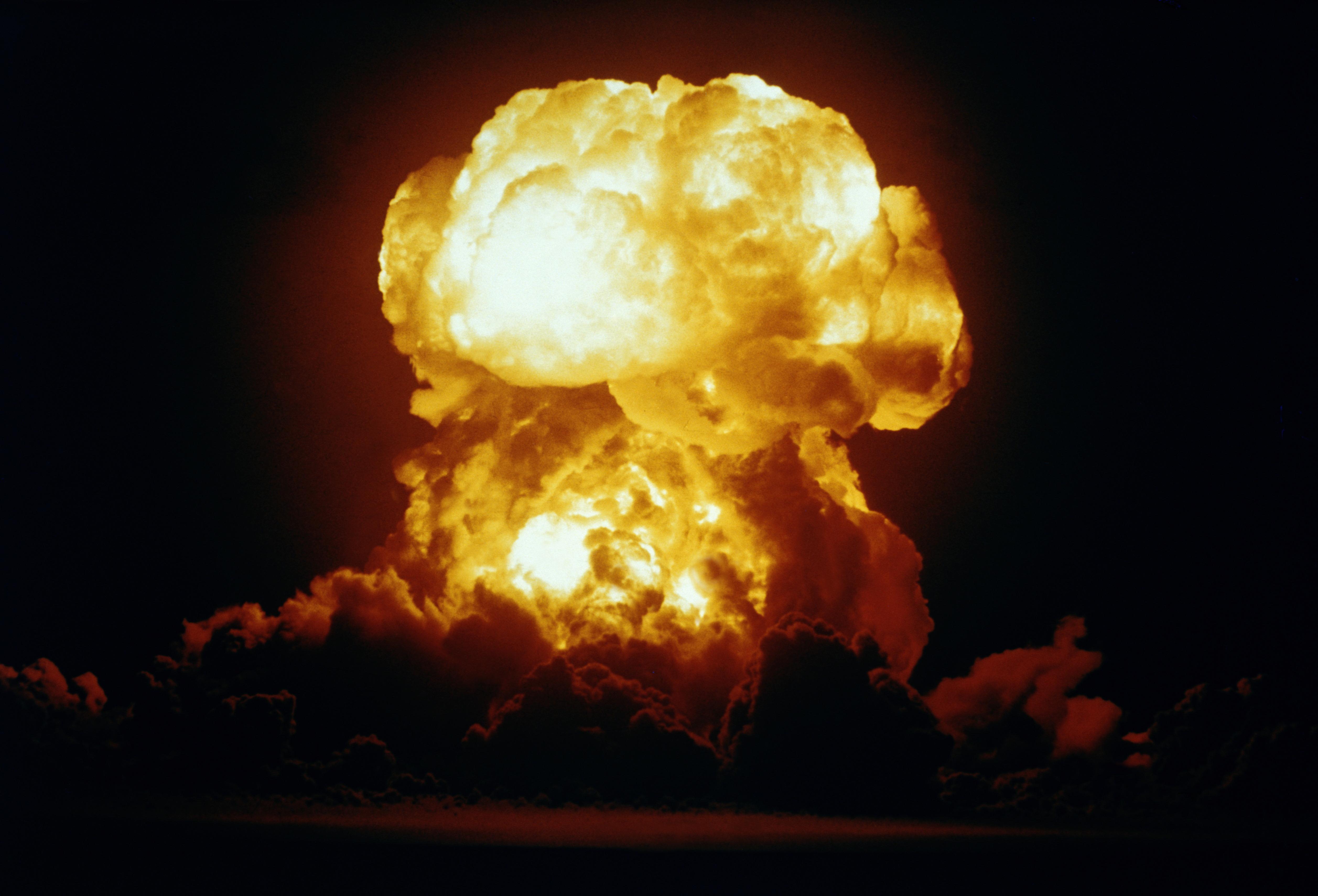 Palumbi believes that the absence of humans has in fact benefited the local wildlife.

He said: “The fish populations are better than in some other places because they have been left alone, the sharks are more abundant and the coral are big.

“It is a remarkable environment, quite odd.”

He added: “This is the most destructive thing we have ever done to the ocean, dropping 23 atomic bombs on it, yet the ocean is really striving to come back to life.”

The scientists believe that the worst-affected fish died off decades ago and the current marine life are only exposed to low radiation levels because they frequently swim in and out of the atoll.

However, a 2012 United Nations reports found that the Bikini remains uninhabitable to humans because of “near-irreversible environmental contamination”. 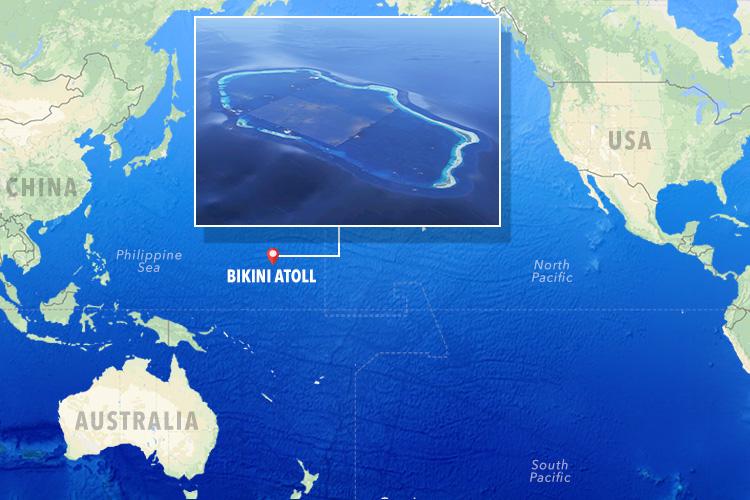 The fish cannot be eaten, the plants cannot be farmed because of the contaminated soil and consuming water would be dangerous.

In his paper Professor Jorgensen writes: "What happened to the Marshall Islanders next is a sad story of their constant relocation from island to island, trying to avoid the radioactivity that lingered for decades.

“Over the years following the testing, the Marshall Islanders living on the fallout-contaminated islands ended up breathing, absorbing, drinking and eating considerable amounts of radioactivity.”

Between 1945 and 1963, the US and the Soviet Union carried hundreds of atmospheric nuclear tests.

Gases and “radioactive particles” from those detonations have been spread worldwide, according to a study carried out by the Centers for Disease Control and Prevention (CDC).

At least one CDC report claims that radiation deposits from these tests could eventually be responsible for 11,000 cancer deaths in the US alone.

The organs and tissue of anyone who has lived in the US – which carried out atmospheric nuke tests in Nevada –  since 1951, shows signs of being exposed to nuclear fallout.

The fallout from 2,000 nuclear explosions in the 20th Century dispersed into weather systems which slightly raised the risk of cancer worldwide, according to the International Physicians for the Prevention of Nuclear War (IPPNW).

A 1991 IPPNW study claimed that particles from all nuclear explosions could be responsible for up to 430,000 cancer deaths globally.