TESCO staff watched in horror as a man went on a rampage through the aisles in a hissy fit after 'being asked to wear a mask.'

The man was filmed running amok – pulling crisp and popcorn packets to the ground at the Ealing store in London. 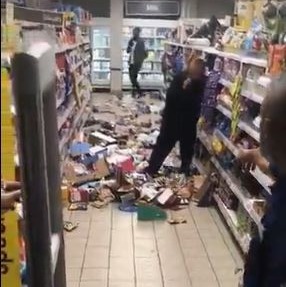 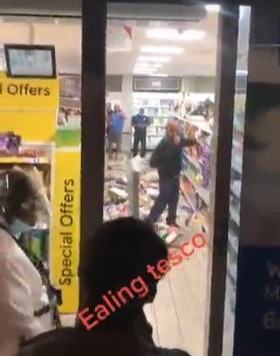 It is understood the customer had gone into the store last month without a mask, with staff asking him to put on a face covering or leave.

But instead the man went wild – shouting and swearing.

He then stormed down the confectionary aisle throwing anything he could reach on to the floor.

Hundreds of packets of crisps, popcorn and chocolate ended up on the ground and were kicked around by the man.

In the video, shocked staff in protective gear can be seen standing at the end of each aisle while customers watched on in horror.

Met Police confirmed they had been called to the Uxbridge Road store in Ealing about 9pm on September 22 to reports of anti-social behaviour.

They said: "Officers arrested a man on suspicion of criminal damage. He was further arrested on suspicion of actual bodily harm in relation to an alleged assault (minor injury) on a staff member at the store."

Soren Birch of Greenford was then bailed with conditions to appear at Uxbridge Magistrates' Court on 25 November to answer charges of intending to destroy or damage property, and assault by beating.

A video of the incident posted on TikTok racked up thousands of views.

The penalty for failing to wear a mask in shops last month was doubled to £200 for a first offence.

Compulsory mask wearing is enforced by police, according to the government, instead of shop owners and staff themselves, who are allowed to call the police or refuse the person entry. 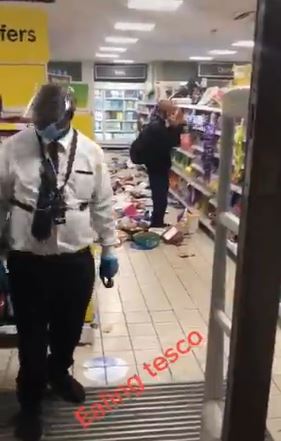 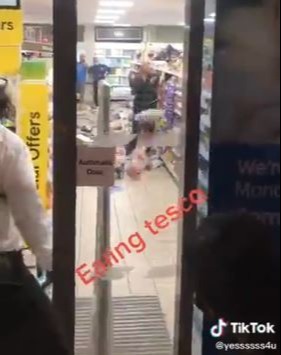 as, horror, in, staff, Tesco, Watch
You may also like: