Nine candidates have joined a crowded race to become Melbourne lord mayor in the October election, promising to steer the city to a recovery after the COVID-19 lockdowns.

Preferences must be lodged by Monday and have been crucial in the past, cementing Cr Capp's lead over Ms Yang in the 2018 byelection. 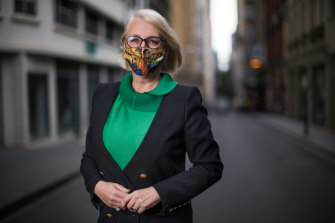 Cr Capp's team has confirmed she won't swap preferences but will number candidates in the order they fall behind her on the ballot. That means her how-to-vote cards will encourage voters to put her main competitor, Cr Wood, last based on the ballot drawn on Thursday.

Here's a look at the candidates. 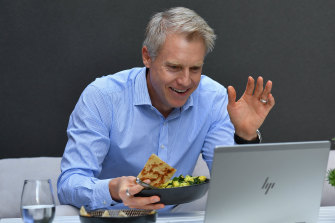 Cr Wood, who entered council on a ticket with former lord mayor Robert Doyle, is shaping up as Cr Capp's toughest competition.

He has picked Lisa Teh, founder of CODI Agency digital marketing, to run for deputy. Businessman Jason Cheng is first councillor candidate, followed by property consultant Peter Clarke from Nillumbik Shire Council, formerly a City of Melbourne councillor. Incumbent councillor Beverley Pinder is also on the ticket with Abdirahman Ali and Beverley Honig. 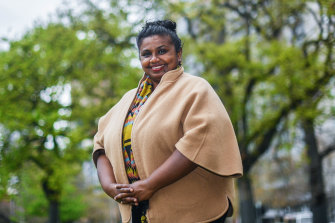 Ms Sabaratnam, a Tamil woman who has lived in the municipality for 19 years, teaches marketing, management and human resources at RMIT University and Box Hill Institute.

Rohan Leppert will remain first councillor on the ticket, while Cathy Oke will be replaced by Olivia Ball in second position.

The Greens have promised to double rates for casinos in the City of Melbourne and halve them for hospitality and arts venues. The party also wants full lockdown-period rate rebates for bars and restaurants.

Jennifer Yang is running as an unofficial Labor candidate for lord mayor, with Sandra Gee (who owns Alpaca Connection in Block Arcade) as her deputy.

Ms Yang wants to overhaul planning rules to encourage construction and to introduce a "nightlife office".

Mr Reed has proposed a rate holiday for new built-to-rent developments that include at least 30 per cent affordable housing. The concession would be provided for 20 years, for up to 20,000 homes built in the next four years.

Mr Russian wants an industry taskforce and more business grants and discounts. Bring Back Melbourne also plans to halve parking fees in the CBD for two years and is against any safe injecting room in the municipality.

Philip Le Liu is recontesting as the first council candidate, followed by Serena Jiang, Darin Schade and Lauren Sherson (a Liberal candidate in the federal election).

Pollster Gary Morgan has nominated for lord mayor for the fifth time. He has teamed up with Queen Victoria Market activist Mary-Lou Howie as his deputy and their first council candidate will be long-term councillor and Labor member Jackie Watts.

Morgan-Watts Team wants to extend the free tram zone and has campaigned against the proposed safe injecting room. They want to repurpose vacant buildings as social housing or shelters.

Michael Kennedy, Haya Al-Daghlas, and Dashi Zhang are also on the council ticket.

Kath Larkin, a delegate for the Rail, Tram and Bus Union, is leading the Victorian Socialists’ bid.

The party has already announced plans to seize empty apartments in the CBD for the homeless and wants to build enough public housing to clear the wait list. The Socialists are campaigning to strip businesses of their votes and slash the lord mayor's salary.

Youth worker Daniel Nair Dadich, a delegate with the Australian Services Union, is running for deputy. Chris Di Pasquale, who teaches English as a second language, is contesting a councillor position.

Mr Tseng, founder of multicultural communication firm eTranslate, has previously contested for the Liberal Party in state and federal elections.

Team Zorin has come out against stimulus packages for the COVID-19 recovery and instead wants to provide more rate relief. Mr Tseng also plans to hand residents a vote on council issues using a participatory democracy platform.

She has picked councillor Nicholas Reece, a former ALP state secretary and adviser to former prime minister Julia Gillard, as her deputy.

CANDIDATES, competing, for, t, the
You may also like: