The day the votes finally stacked up for Joe Biden

The day the votes finally stacked up for Joe: How a count of just 3,000 ballots in Philadelphia pushed Biden over the line to claim the White House – four agonizing days after polls closed 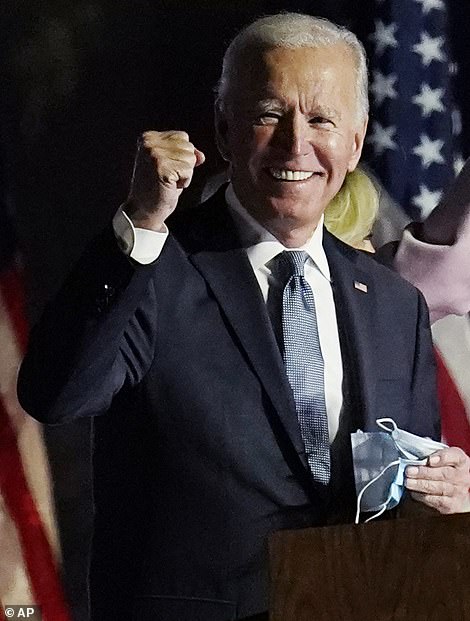 The US election was finally called for Joe Biden on Saturday after an agonizing, four-day wait that kept the country and the world on the edge of their seats.

The deciding factor was a late-morning update from Philadelphia which increased Biden’s lead in Pennsylvania, the state with the most electoral college votes, which finally gave him enough to claim the White House.

Pennsylvania holds 20 electoral college votes and until he won it, Biden had 253. To win the presidency, a candidate needs 270.

To be able to call the state for him, the major news networks and the Associated Press had to wait until his lead there grew to 0.5% and the number of remaining outstanding ballots was small enough.

They also had to look at where they were coming from. The only outstanding ballots in Pennsylvania on Saturday were in two Biden strongholds; Pittsburgh and Philadelphia.

As they tallied up the votes gradually, it became decreasingly likely that Trump would recover enough of a lead to possibly win, until, on Saturday, the networks deemed that it was impossible.

With Pennsylvania decided, the remaining votes in Arizona, Nevada, Georgia and North Carolina – all of which were undecided at the time – became irrelevant to the outcome of the presidential race. 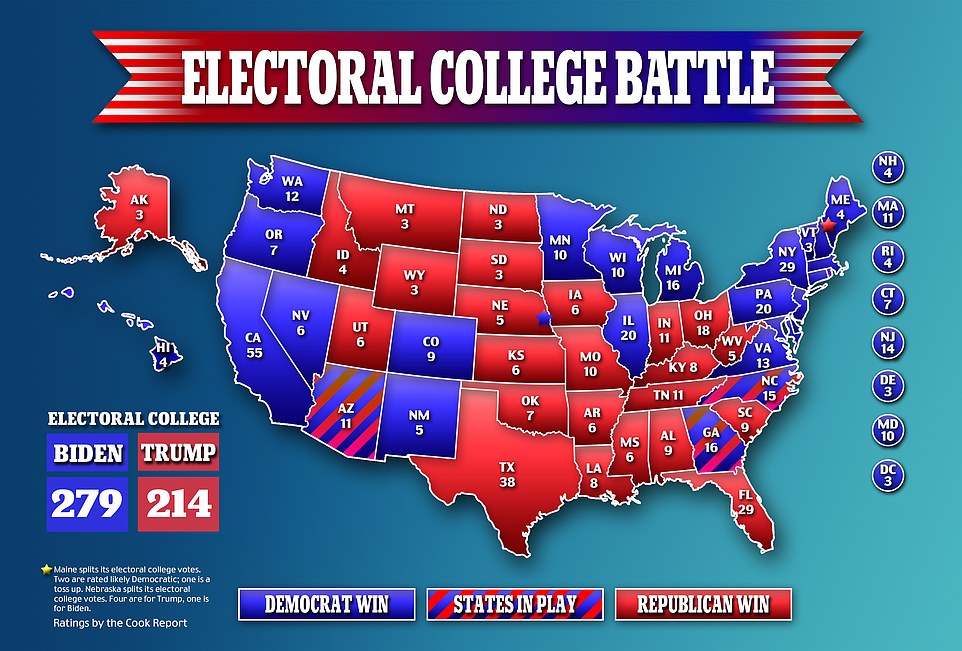 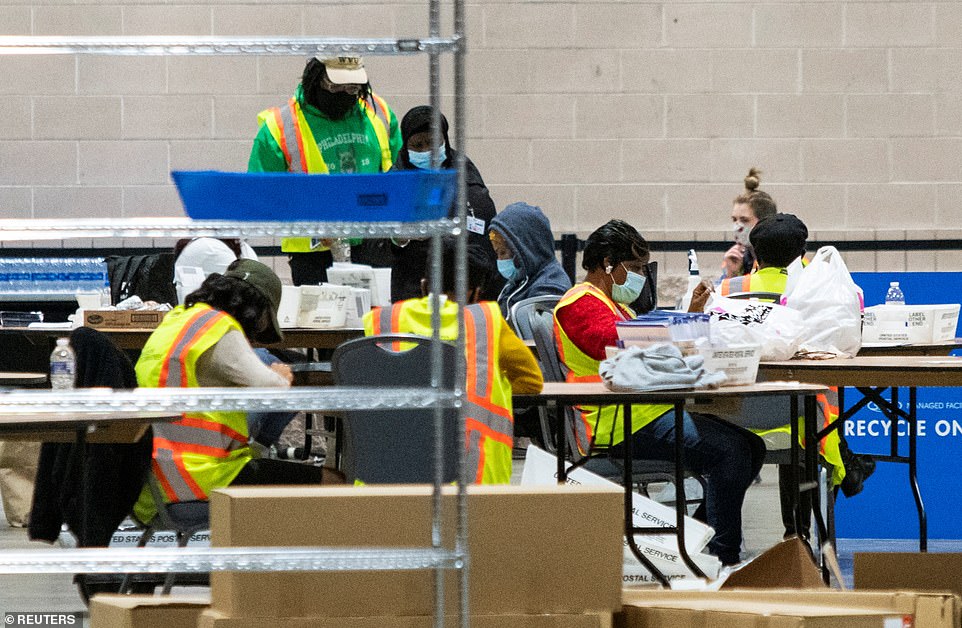 If Biden hadn’t won Pennsylvania first, he would have needed Arizona – which has 11 electoral college votes – and Nevada – which has 6 – to claim victory.

Fox and the AP called Arizona for Biden on Election Day, but others held back as mail-in votes are counted. Mail-in ballots are trending towards Trump in Arizona.

In Georgia, there will be a recount because the vote is too close. Biden leads there but only by around 7,000 votes and 0.1%.

North Carolina still hasn’t declared its results. Trump has been winning there comfortably throughout the process, as he has been in Alaska – another state yet to declare.

Together, they hold 18 electoral college votes (15 for North Carolina and 3 for Alaska) which would not have been enough to put him on a path to victory.

There is no straight answer for why it took Pennsylvania and the other states so long to count their remaining ballots.

One of the factors was mail-in ballots and a difference in the deadlines for them in each state.

In Pennsylvania, for example, officials had been ordered that they were not allowed to count mail-in ballots in one county until 5pm on Friday night. That accounted for some 29,000 votes.

Trump had instructed his supporters to vote in person on election day rather than risk what he is convinced is mail-in election fraud across the country.

Biden, more conscious of the risks of COVID-19, advised people to vote early and vote by mail if they could which explains why a huge number of the mail-in votes went his way.

Segregated ballots are another reason for the delay in the states.

Segregated ballots or provisional ballots, as they are also known, are ballots that have to be checked: they can’t be scanned into the system with a quick glance like the others.

They involve flaws like the wrong date on them, mismatched signatures or other trivial mistakes that can delay the counting process.

These ballots are a factor in every election but they are seldom as important as they have been in this race because normally, margins are wider than they have been.

States therefore don’t usually have to rely on these more time-consuming ballots to reach a decision.

day, FINALLY, stac, the, votes
You may also like: