PIERS MORGAN: The real big baby in London this week is Mayor Khan – a petty little pipsqueak who’d shamefully rather mock and humiliate the President of Britain’s greatest ally than honor the D-Day heroes of both our nations

This week, we commemorate the 75th Anniversary of the D-Day landings, the largest seaborne invasion in history.

It was the crucial turning point in the war with Adolf Hitler and the Nazis, one that began the liberation of German-occupied France and laid the foundations of the Allied victory on the Western Front. 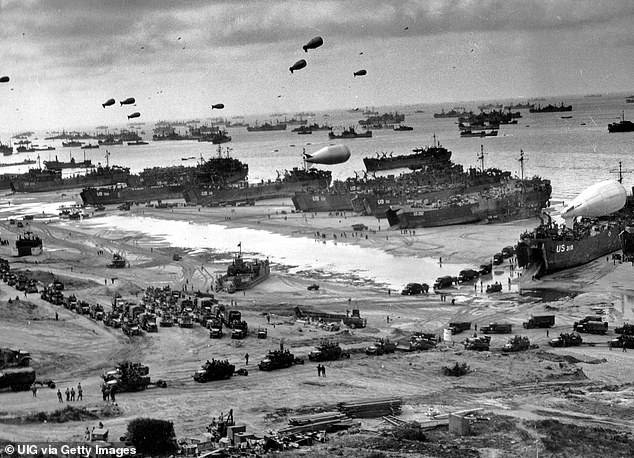 The D-Day landings: There were at least 10,000 Allied casualties, with 4,414 confirmed dead

It was also the moment that most perfectly exemplified and cemented the special relationship between Britain and America, the two nations that provided the vast majority of those who fought the ferocious battle on the beaches.

They, along with everyone who took part in D-Day, will be remembered in a special ceremony in Portsmouth on the south coast of England on Wednesday, attended by the Queen, President Trump and 300 veterans.

That is why Trump has come to Britain for a three-day state visit.

He’s not here as a private individual.

As such, he represents the 320 million citizens of the U.S. including many who have personal family connections to the D-Day landings and World War 2. 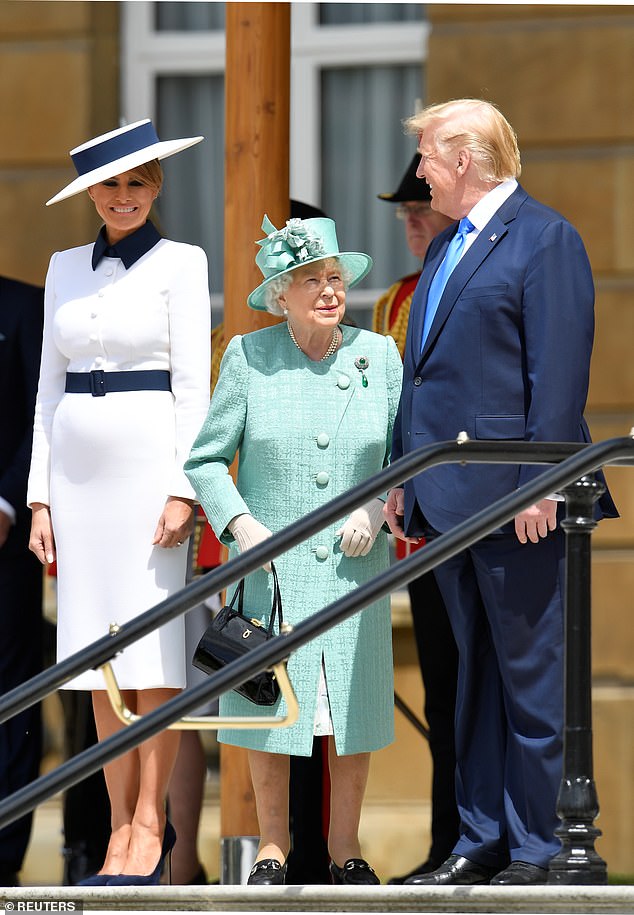 So how has Mayor of London, England’s capital city, responded to this trip?

The answer is with quite staggeringly offensive rudeness.

Sadiq Khan, who’s been Mayor for three years, launched a series of savage attacks on President Trump in the past 48 hours, both in print and on television, branding him a ‘fascist’, a ‘growing global threat’, and demanding Britain should not be ‘rolling out the red carpet’ for him because it was ‘un-British’, adding that he was ‘the antithesis of our values in London and as a country’ and his ‘divisive behavior flies in the face of the ideals America was founded upon – equality, liberty and religious freedom.’

Mayor Khan also authorized, again, the flying of a giant orange Trump baby blimp over the Houses of Parliament during the visit, specifically designed to mock and humiliate the President.

By doing all this, Khan knew exactly what he was doing, and that was to create a firestorm of hatred towards the American leader and to whip up bigger protests against him than might otherwise have occurred. 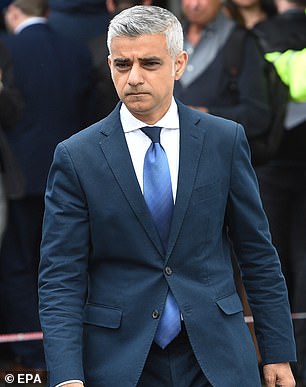 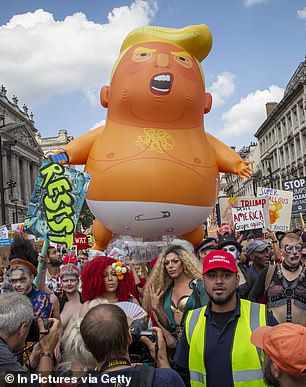 Sadiq Khan (above, left) who’s been Mayor for three years, launched a series of savage attacks on President Trump in the past 48 hours and also authorized the Trump baby blimp being flown

He’s been joined in this unedifying campaign of anti-American negativity by numerous other senior British politicians including Labour leader Jeremy Corbyn, Liberal Democrat leader Vince Cable, Speaker of the House of Commons, John Bercow and even by some of the media who should know better, like SkyNews who unwisely used the blimp to promote their coverage of the visit.

The politicians have all raced to denounce the state visit, refuse to attend a banquet in the President’s honor, bar him from speaking to Parliament, and all but condemn Trump as the worst human being that’s ever existed.

Little wonder than that when President Trump arrived in the U.K. this morning and read all this, he responded in kind. 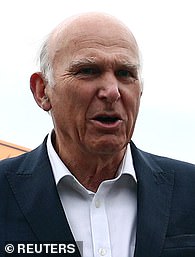 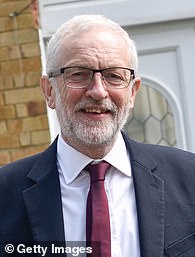 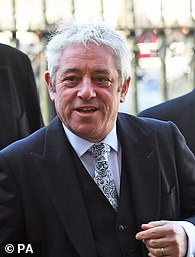 ‘Sadiq Khan,’ he tweeted, ‘who by all accounts has done a terrible job as Mayor of London has been foolishly ‘nasty’ to the visiting President of the United States, by far the most important ally of the United Kingdom. He is a stone cold loser who should focus on crime in London, not me. Khan reminds me very much of our dumb and incompetent Mayor of NYC, de Blasio, who has also done a terrible job, only half his height. In any event, I look forward to being a great friend to the United Kingdom and am looking very much forward to my visit. Landing now!’

Predictably, this prompted an immediate roar of faux outrage from all those who had failed to be remotely outraged by Mayor Khan’s initial attacks.

Khan himself, without any apparent self-awareness, accused Trump of ‘childish insults’.

Yes, the man who approved a giant baby blimp of the U.S. President to fly over Parliament is accusing his target of being childish!

Of course, Khan knew exactly how Trump would respond, which is why he has spent the past two days attacking, mocking and goading him. 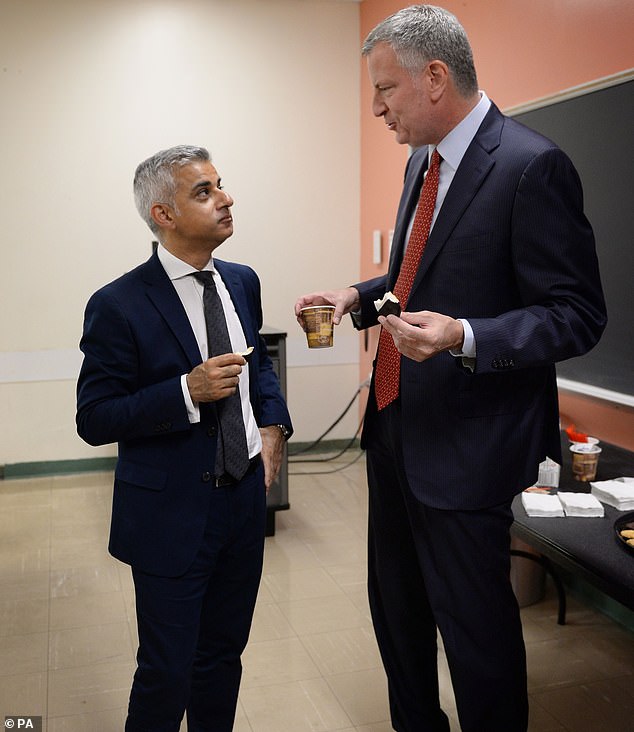 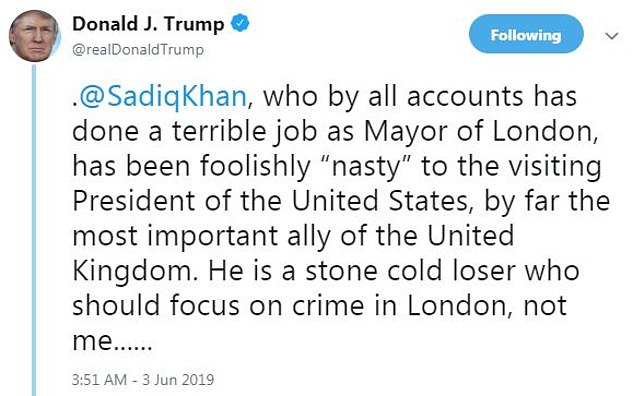 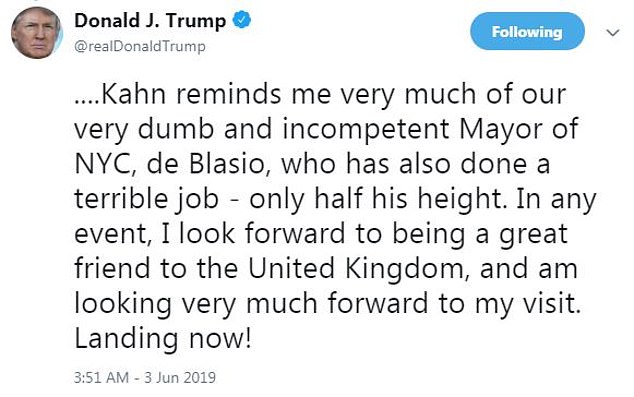 Little wonder than that when President Trump arrived in the U.K. this morning and read all the negative comments from Sadiq Khan and others, he responded in kind and compared Khan unflatteringly with New York City’s Mayor Bill de Blasio (top right, with Sadiq Khan) in a series of tweets (above)

The Mayor wants this trip to be all about him, the tough-guy left-wing London boss standing up to the evil leader of the free world, rather then the D-Day heroes.

Yet by doing so, Khan is guilty of the very divisiveness, inflammatory rhetoric and childishness that he purports to find so distasteful in the President.

And he most certainly doesn’t speak for all of Britain, as he claims to.

Ironically, what the likes of Khan, Bercow, Corbyn and Cable have done to President Trump is the very antithesis of the good manners and dignified politeness that used to be the bedrock of being British.

Instead, given what Trump is here to commemorate, it’s been rude, obnoxious, self-interested and disrespectful.

Now, I fully accept those are all things that could rightly be said about Trump himself from time to time.

But that doesn’t make it OK for us to behave the same way or to treat the leader of our greatest ally with such wanton disdain in such a momentous week.

There’s also a sickening hypocrisy underpinning their treatment of Trump, and not just because there were comparatively very limited protests – and no baby blimps – for previous state visits by leaders of Saudi Arabia, Russia and China.

Sadiq Khan, as a human rights lawyer in a previous career, once passionately defended notorious Nation of Islam leader Louis Farrakhan, who has denounced white people as ‘devils’, described Jews as ‘bloodsuckers’ and called Hitler a ‘very great man’.

Khan led a legal bid for Farrakhan’s ban on coming to Britain (for his hateful behavior) to be lifted, and denied his client was either anti-Semitic or a preacher of ‘racial hatred or antagonism’. 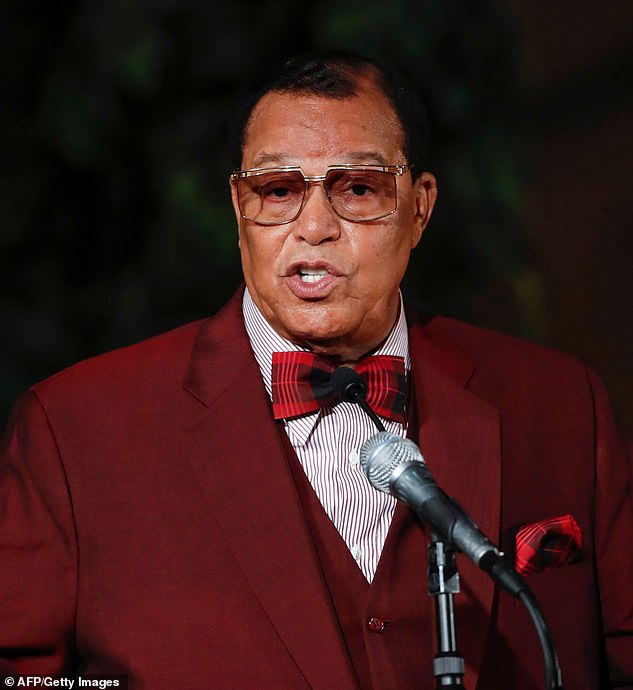 Sadiq Khan, as a human rights lawyer in a previous career, once passionately defended notorious Nation of Islam leader Louis Farrakhan, who has denounced white people as ‘devils’, described Jews as ‘bloodsuckers’ and called Hitler a ‘very great man’.

So his concept of who is and isn’t acceptable to let into Britain seems a rather fluid one, depending on who’s signing the checks.

Khan has also, as Trump rightly said, been an abject failure as London Mayor (even worse than Bill de Blasio in New York!) presiding over a terrible surge in knife crime that has led to dozens of young people being murdered on the streets of the city.

So who the hell is this jumped-up pipsqueak to start barking out insults at the American President when he can’t even protect our kids from being stabbed to death?

As a Londoner, I’m utterly ashamed by the selfish, puerile, virtue-signalling antics of my Mayor.

He has diminished himself, his office, and his country, and I apologise to all Americans offended by this disgracefully antagonistic welcome to their President during such an important visit.

But I say this to them: most Britons greatly value the support of America during World War 2.

Without it, it is very doubtful we could have defeated Hitler.

President Trump is here to represent those who enabled us to win the battle on the beaches of Northern France.

In that capacity, he deserves our dignified respect, not our snobbish sneering and petty partisan sniping.

As for those champing at the bit to protest against Trump this week, with their abusive placards, mocking chants, and pathetic baby blimp, I simply say this: the only reason you can do so in this country is because of what happened 75 years ago on D-Day. The heroic British and American forces (with the help of other Allied forces too) that fought that day did so to protect your freedoms.

So whatever your view of Trump, this is surely the week to park the incessant anti-Trump hysteria for just a few days and instead honor those who died and risked their lives in Normandy?

Bottom line is this: do we want the lasting images from this historic occasion to be of a pathetic orange baby balloon flying over our Parliament, or of a U.S. President standing shoulder to shoulder with the Queen to pay tribute to the D-Day heroes?

If your answer is the balloon, then you’re a stone cold loser too.