I’ve been The Sydney Morning Herald  and The Age’s Europe correspondent for almost seven years. And now I’m gone, professionally and physically, waking to now-unfamiliar currawong calls and possum scuttles across the ceiling, suppressing a weird sense of envy as my successor tackles terror and jetlag.

My horizons are confined to a tight, intense circle around our newborn twins, when they once encompassed a continent.

I arrived when Europe was still reeling from the financial crisis. Greece was an economic ruin studded with fantastic cafes, stunning beaches and the friendliest and most frustrated people you’d find anywhere. Britain was in a slump of debt and disillusionment that saw real wages falling and resentment rising, regret and desperation brewing towards a spasm of perceived revenge at its southern neighbours.

France was a diminished power, torn between socialistic ideals and the demands of the globalised status quo, about to be bloodily confronted by post-colonial failures. Poland was a frenzy of vertiginous growth and resulting culture shock, Hungary was moving to embrace nationalism and populism as conservatives threw up bulwarks against liberal Europe on one border, and an increasingly unstable Middle East on the other. 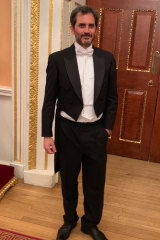 What a place to land. This modest garden on the atlas, Yuval Noah Harari’s “large peninsula on the western tip of Afro-Asia, which up till 1500 played no important role in history”. But a wellspring of innovation and beauty, of science and literature, of compassion and aggression.

I left with one of Europe’s biggest nations deliberately turning its back on the hugely successful, but significantly flawed post-war project that is the European Union, which itself was evolving into an increasingly significant political and economic counterweight to the bald or baffling agendas of other world powers.

Brexit was a gift to a journalist. An unfolding political imbroglio, whose paradoxical dramas and cast list of fibbing, squabbling buffoons were hilarious, whose deep roots drew water from global reservoirs that any Australian would (and did, judging by the interest and feedback of readers) instinctively recognise.

I’ve seen refugees arriving on a Greek resort beach in a bulging inflatable raft seek shelter in a crumbling abandoned hotel and queue at barbed wire for the pitiless inspection of immigration officials. I’ve held the babies that they had held above the water. I’ve been tear gassed and pepper sprayed among them, and I stood back as they responded with rocks and grief. 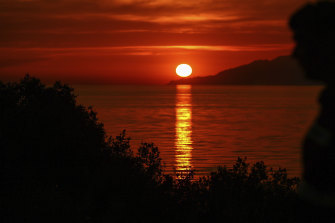 A sunset on a Dardanelles beach made Nick Miller homesick for Western Australia.Credit:AP

It has been a significant challenge to responsibly and fairly cover the time now, a little too conveniently, called Europe’s “migration crisis”, a defining moment in a still-ongoing movement that has brought out the continent’s best, and worst, and shook the world.

Foreign corresponding is not just about telling you the news. It was, for me, a mission to bring readers where I was, to let you look through my eyes.

But I feel I didn’t tell you the half of it. Did I mention watching sunset on a Dardanelles beach, where I took off my shoes and felt the warm sea splosh over the pebbles and was suddenly intensely homesick for Perth? 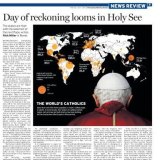 One of Nick Miller’s first stories as Europe Correspondent for The Sydney Morning Herald and The Age.Credit:Fairfax Media

It would have been inappropriate at the time to convey the compact, distracting majesty of the southern Alps, as I screamed around mountain roads trying to chase interviews for my coverage of the Germanwings crash.

I think I managed to squeeze in a mention of the dolphins jumping gloriously in and out of the serene Mediterranean, once from a ferry as the rock of Gibraltar shrunk behind me, once on the deck of a small Spanish coastguard vessel cruising the waters off Libya in search of sinking refugee rafts.

I’ve crunched over ice to the fast, fierce river dividing Estonia from Russia, but my report never mentioned my entirely inappropriate footwear, or the pitying, disappointed look from the border guard as he grabbed my shoulder to stop me pitching into the cool, deadly current.

I’ve not managed to tick off every country on the continent. Malta eluded me, as did Lithuania, a handful of others. Portugal, amazingly. Their fault: they seem to do fish restaurants much better than they do global news.

But I travelled the place from top to bottom – inside the Arctic Circle in Norway down to the Spanish enclave on North Africa’s shoulder, from Bordeaux to the continent’s eastern border, and occasionally further afield. My only real regret is that I never managed to see the Northern Lights.

It’s been, forgive the cliché, a high honour and an unearned privilege.

And above all I hope you appreciated, and read, my stories.

In the words of Marcel Proust: “They were only a thin slice among contiguous impressions which formed our life at that time; the memory of a certain image is but regret for a certain moment; and houses, roads, avenues are as fleeting, alas, as the years.”

corr, Europe, former, Stories, the
You may also like: