Between the ongoing pandemic, the fires on the West Coast and a whole host of other things, it’s a stressful time to be alive. It’s easy to get wrapped up in all the negativity, but according to psychiatrist and brain disorder specialist Daniel Amen, these “unhealthy thinking patterns” could have detrimental long-term effects.

Dr. Amen, the author of books like Change Your Brain Change Your Life, told CNBC Make It about the concept of ANTs, or automatic negative thoughts (the kind of thoughts that pop into your mind and throw you off balance. “We call it killing ‘ANTs,’” Dr. Amen says of his methods for dealing with all of the negativity and keeping our brains sharp. One such method? Playing ping pong. 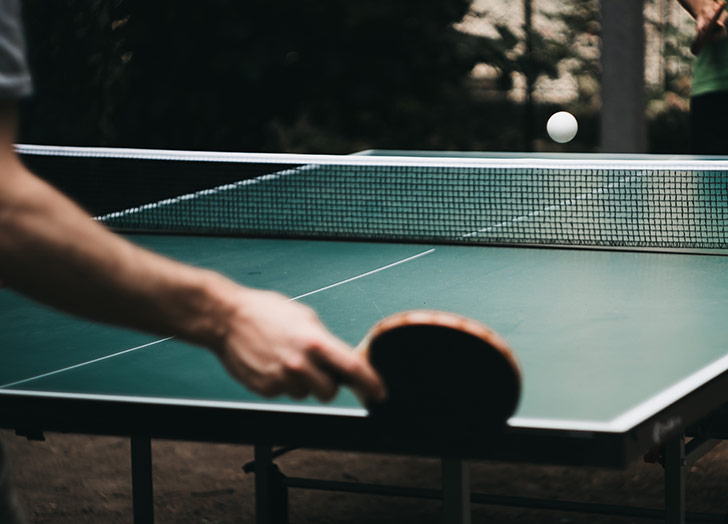 Calling it one of the “world’s best brain games,” Dr. Amen says ping pong can help your mind stay sharp, citing a recent small study published in the American Academy of Neurology that found that people with Parkinson’s who played ping pong once a week for six months showed “improvement in their Parkinson’s symptoms.”

The study’s author, doctor Ken-ichi Inoue of Fukuoka University in Fukuoka, Japan, added that ping pong has been shown “in the general population to improve hand-eye coordination, sharpen reflexes and stimulate the brain.”

On top of ping pong, Dr. Amen also suggests a starting the morning with a positive affirmation (think: “Today is going to be a great day”) and trying to get as close to 10,000 steps a day as possible.

A fun game for a sharper brain? Count us in.

brain, hobby, one, surprising, the
You may also like: