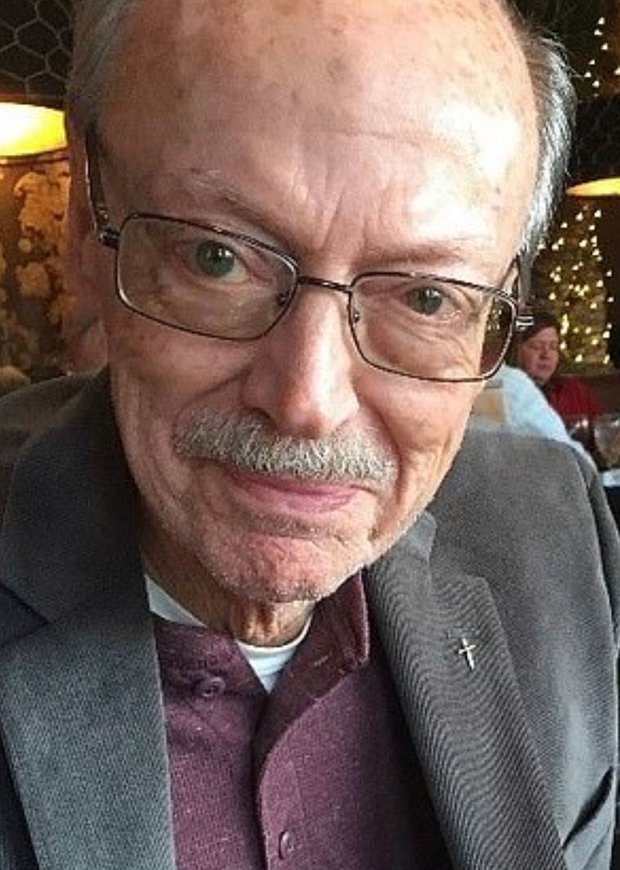 Bill’s girlfriend, Anne Marie Sibthrop described the poingant moment Chief said goodbye to his master in an interview with NBC.

“I’ll never forget. He stretched his neck in as far as he could, and he gave Bill just one little quick lick on his ear, and of course, Bill didn’t move,“ she said.

“And Chief laid his head right down by his head, and just laid there for the longest time.” 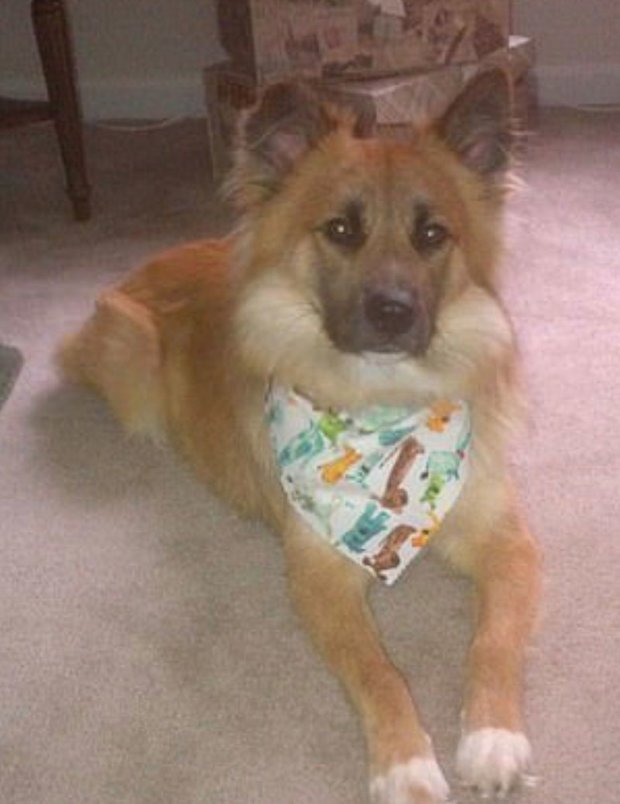 Anne Marie said that Chief was a rescue dog, who the couple adopted in 2014.

At first she wasn’t sure about keeping the large, lively, dog but Bill convinced her.

“I kept telling him I’m going to have to find this dog a home,” she said “with a mommy and a daddy and kids.

And now dog and owner have said their last goodbye: “’He got to say goodbye to his daddy. And that was important,” said Anne Marie. 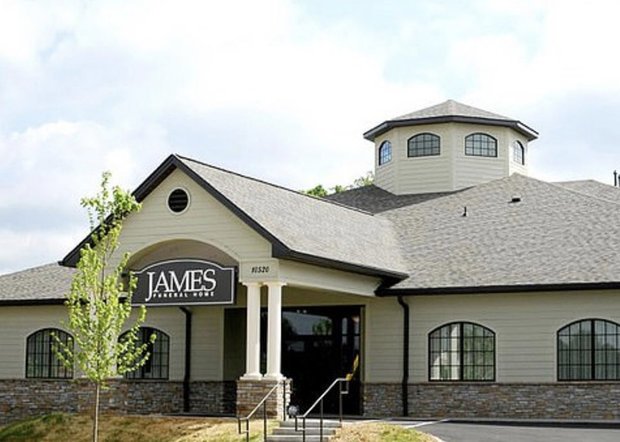 “It meant a lot to Chief to be able to do that. He knows now that Daddy’s okay, and he’s stuck with me,” said Anne Marie.

Bill was born in Canton, Ohio, on September 11, 1942, and lived in Florida until 2017 when ill-health prompted him and Anne Marie to set up home together in North Carolina.

He was laid to rest in Canton on April 13 at Forest Hill Cemetery.

a, dog, moment, says, the, Touching
You may also like: