Follow
Home » World News » The true story of how a man accused of rape, murder and writing on his victim’s body with ketchup proved his innocence after 11 years on death row – and inspired Netflix show The Innocent Man

The true story of how a man accused of rape, murder and writing on his victim’s body with ketchup proved his innocence after 11 years on death row – and inspired Netflix show The Innocent Man

The scene of the 1982 sex slaying was beyond horrific: Debbie had been violated with a ketchup bottle and her crazed killer had scrawled messages all over her body and the walls of her flat using tomato sauce and nail polish. 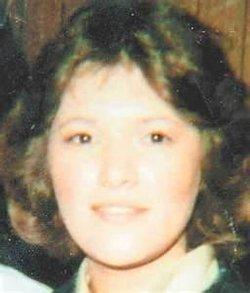 For five years the police failed to garner enough evidence to convict anyone of the murder.

Then, in 1987, Ronald Keith Williamson – already in prison for forging bank cheques – was blamed for the horrific crime and sentenced to die.

But all was not as it seemed: Williamson protested that he didn't do it, and it took 11 excruciating years on death row before he was eventually exonerated and released.

The nightmare crime made for a story which has so many twists and turns that it became the subject of a book by John Grisham, and has now been made into a Netflix series, The Innocent Man, airing on 14 December.

Here, Sun Online takes a closer look at the true story behind the upcoming show. 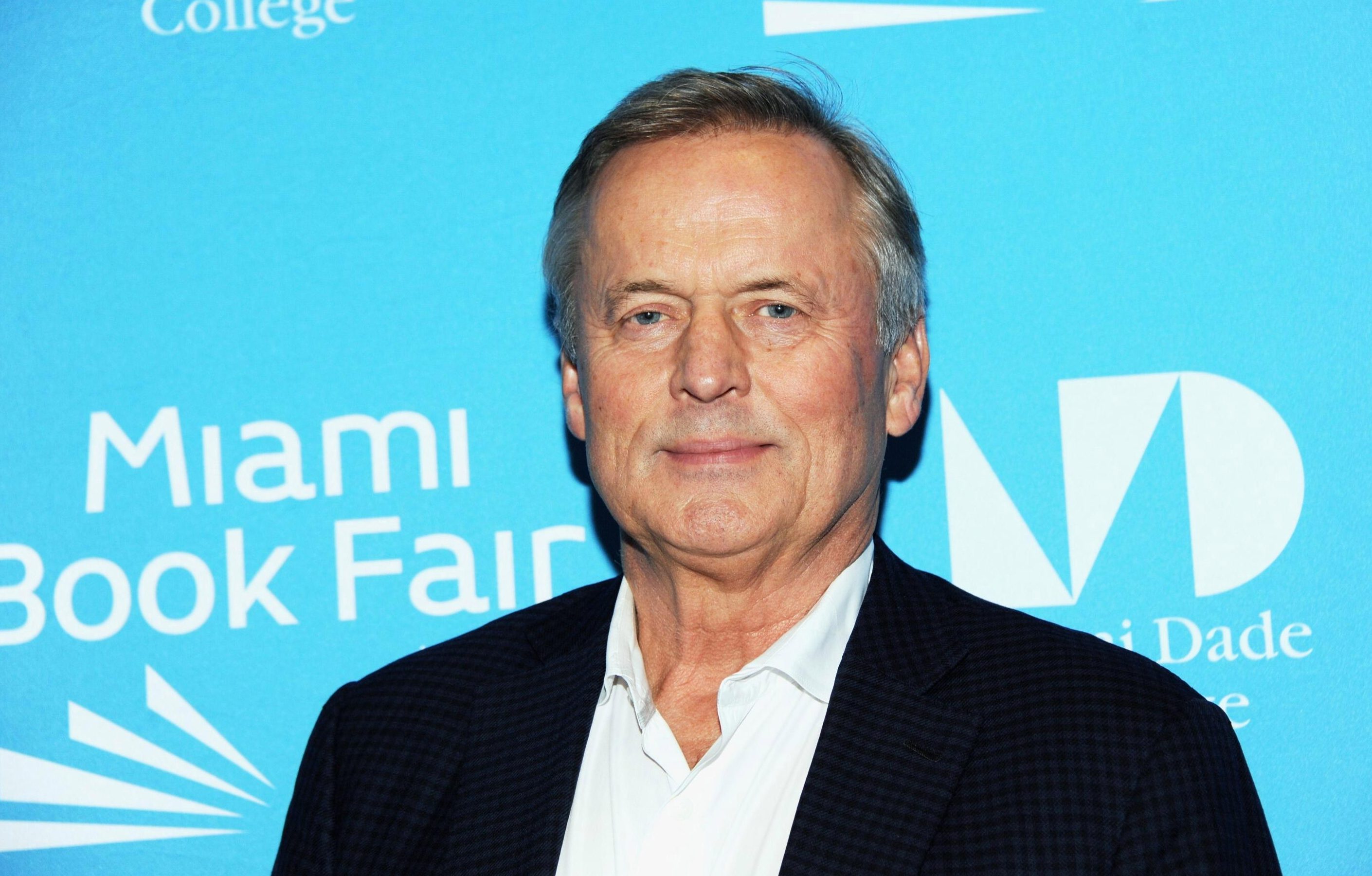 Ron Williamson was born in 1953 in Ada, Oklahoma – the same town as murdered Debbie Carter.

He was a natural athlete and excelled at sports, but his primary interest was baseball.

After enjoying some early professional success – even playing with the New York Yankees – Williamson’s dream of baseball greatness ended with a shoulder injury that saw him return to his hometown at the age of 25, his career in tatters.

No longer a local hero, Williamson was dogged by failure and fell into a deep depression, living at his mother’s house and sleeping up to 20 hours a day. 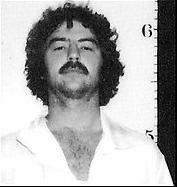 He was soon diagnosed with bipolar disorder, but he was never given proper treatment and self-medicated with drugs and alcohol.

The downward spiral continued until his life finally hit an even more desperate low in 1982 – on a night when Debbie Carter worked her shift as a waitress at Coachlight, a bar which Williamson frequently went to.

After the murder was discovered, police interviewed Glen Gore, another customer at the Coachlight that evening, and he claimed he had seen Williamson arguing with Carter that evening.

The police were also told that murdered Debbie Carter had revealed to a friend that Williamson, “made her nervous”. 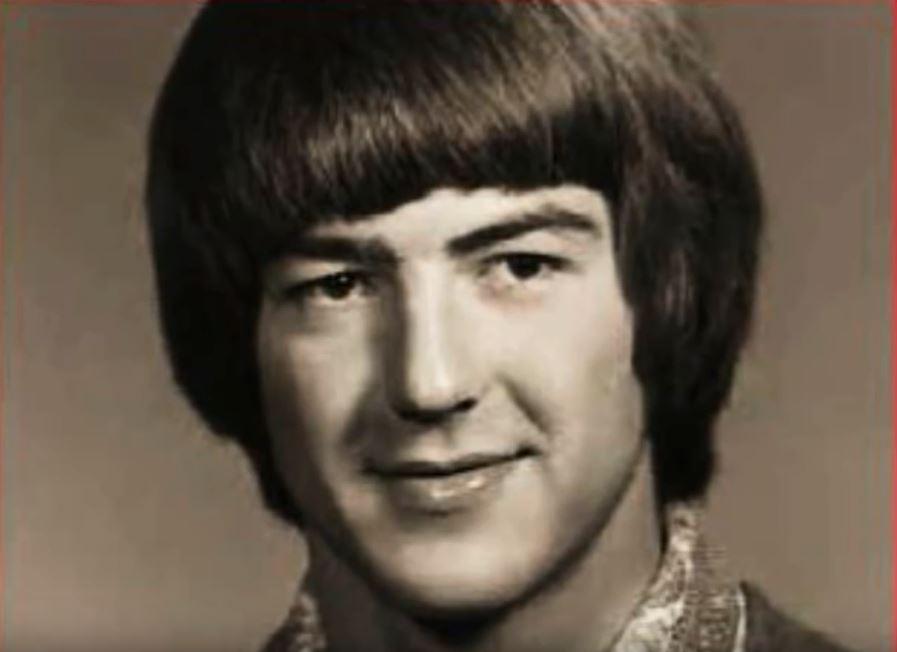 Police quickly identified Williamson as a suspect, along with his friend Dennis Fritz. Neither were able to provide an alibi for the evening, as they couldn’t remember where they’d been.

Williamson agreed to take two polygraph tests, both of which came up as “inconclusive”.

Without any physical evidence, a confession, or solid circumstantial evidence, Williamson was released and the case went cold for five years until Williamson ended up in Pontotoc County Jail in Ada, awaiting trial for forged cheques.

There, an inmate named Terri Holland claimed the usually reserved and quiet Williamson confessed to her he’d murdered Debbie Carter. 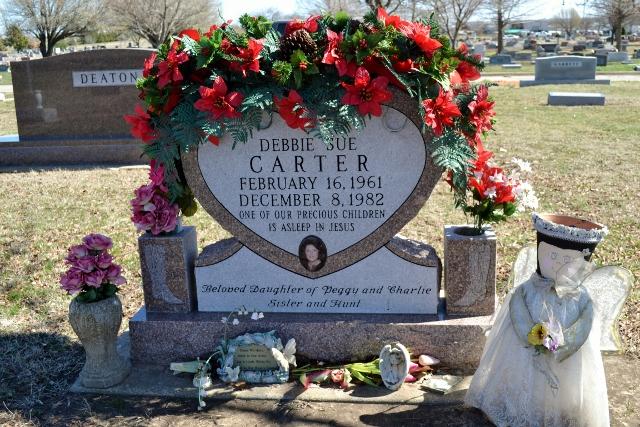 Police exhumed the body of Debbie Carter in May of 1987 and arrested Williamson’s friend Fritz who also happened to be caught – on tape – confessing the murder to a cellmate.

Hairs found at the scene were then analysed by the forensic chemist lab in Oklahoma City and were found to match both suspects and they were charged with the murder.

Williamson, at this point, was still in a dire mental state.

He had been diagnosed with schizophrenia in addition to his prior battles with bipolar disorder and depression.

“Untreated, unmedicated, Ron was charged with capital murder,” Grisham said in 2013, hinting at the gross injustice of the case. 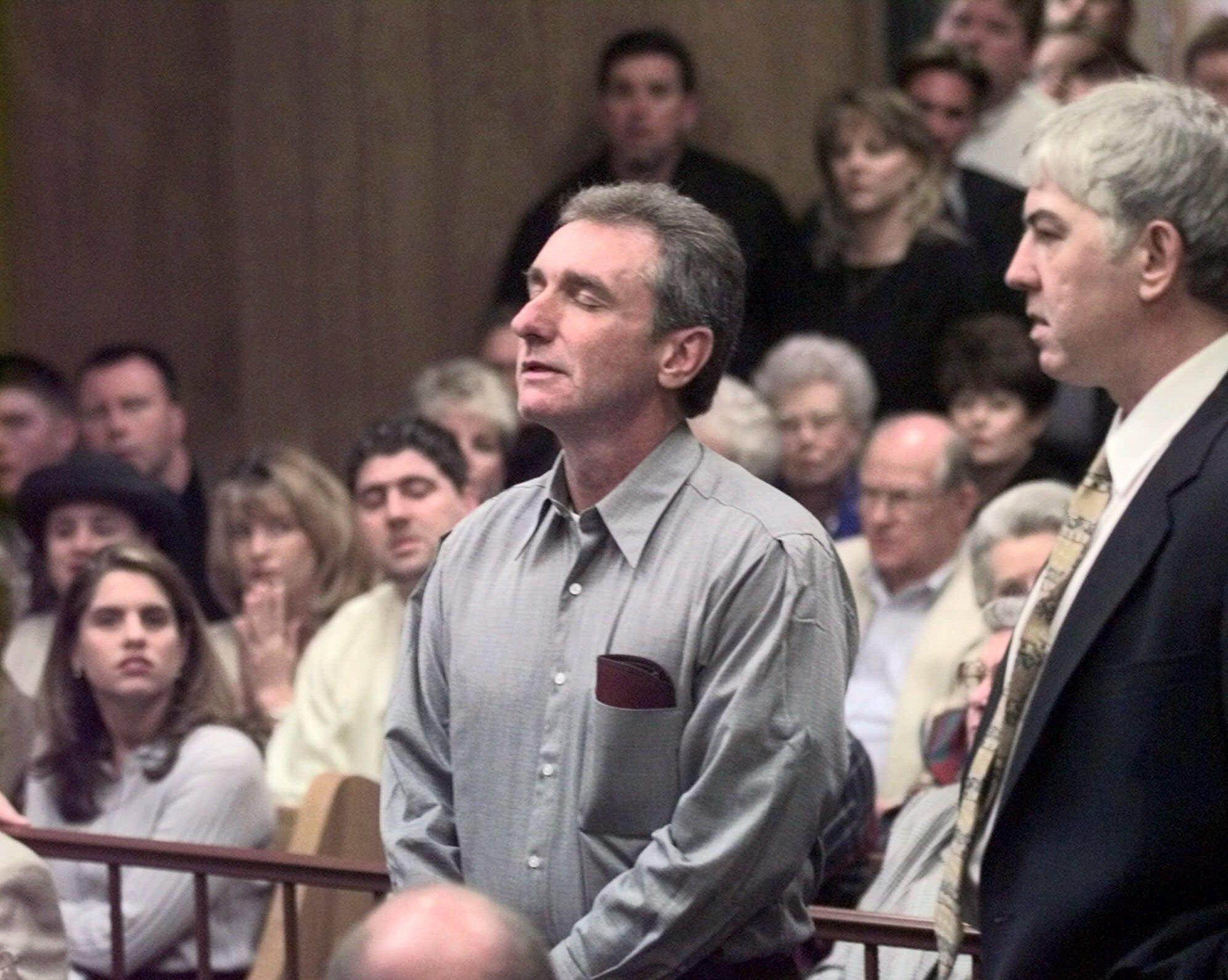 Screams in the courtroom

Denied access to medication by prison guards, Williamson became, “a wild man” at the trial.

Scared and exasperated, he started shouting and screaming his innocence at the judge and jury.

But his pleas didn't help his case; the jury convicted him of murder and the judge sentenced him to die.

It was only after Williamson had spent 11 years on death row in Oklahoma, and with only five days until his scheduled execution, on September 24, 1994, that the judge issued a stay that made it possible for Williamson to be exonerated and take his life back. 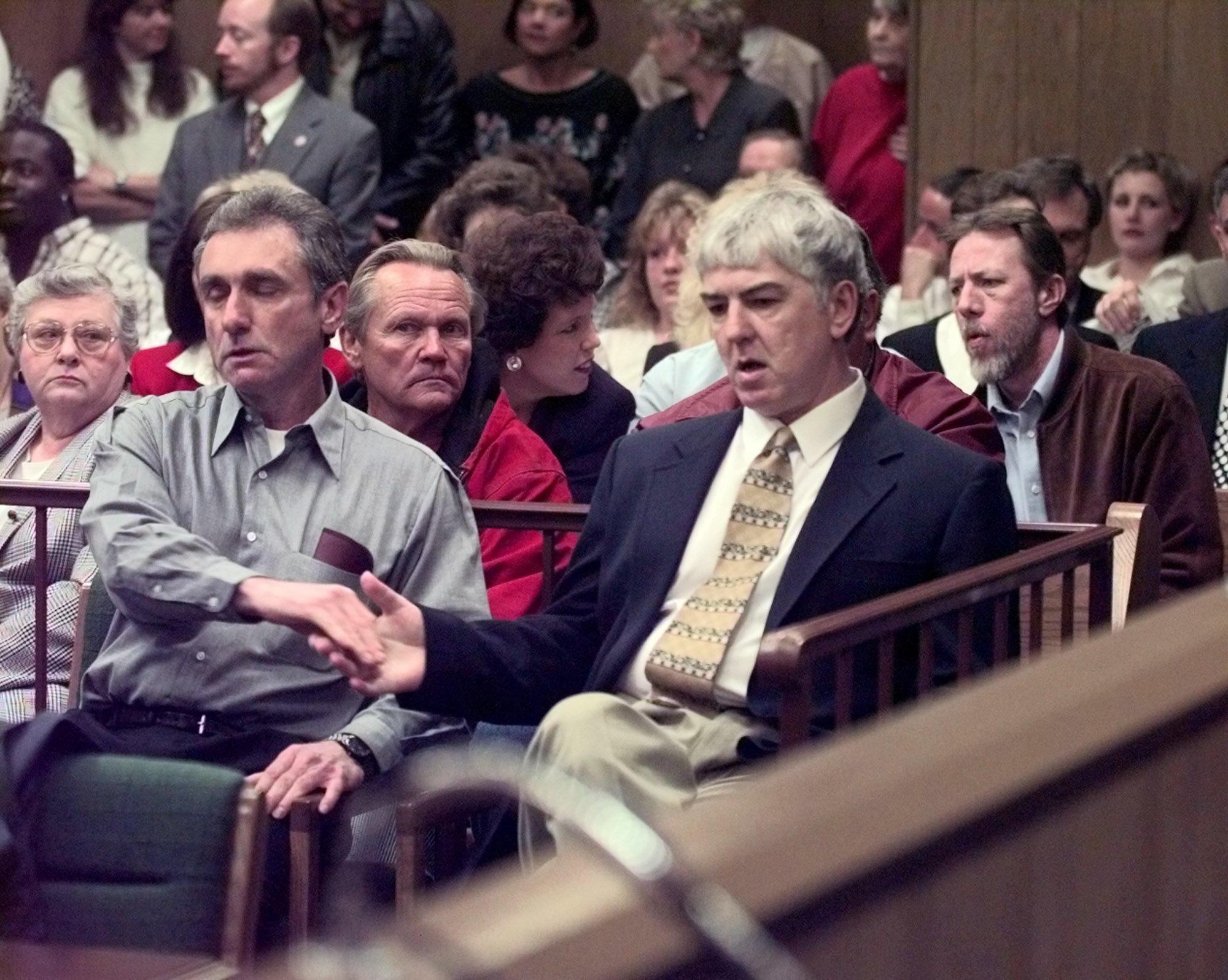 With the help of a new legal team, Williamson was moved to a treatment area for mental patients, where doctors finally concluded he was completely unstable.

His new team of lawyers argued that Mr. Williamson had not been competent to stand trial and his lawyer had not effectively challenged the hair evidence or sought other suspects.

In 1998, Williamson underwent DNA testing that proved his innocence beyond a doubt and on April 15, 1999, he and Fritz were completely cleared of all guilt.

DNA evidence, meanwhile, matched Glenn Glore – the main eyewitness for the State at Williamson’s trial who helped to convict him – as the true murderer. 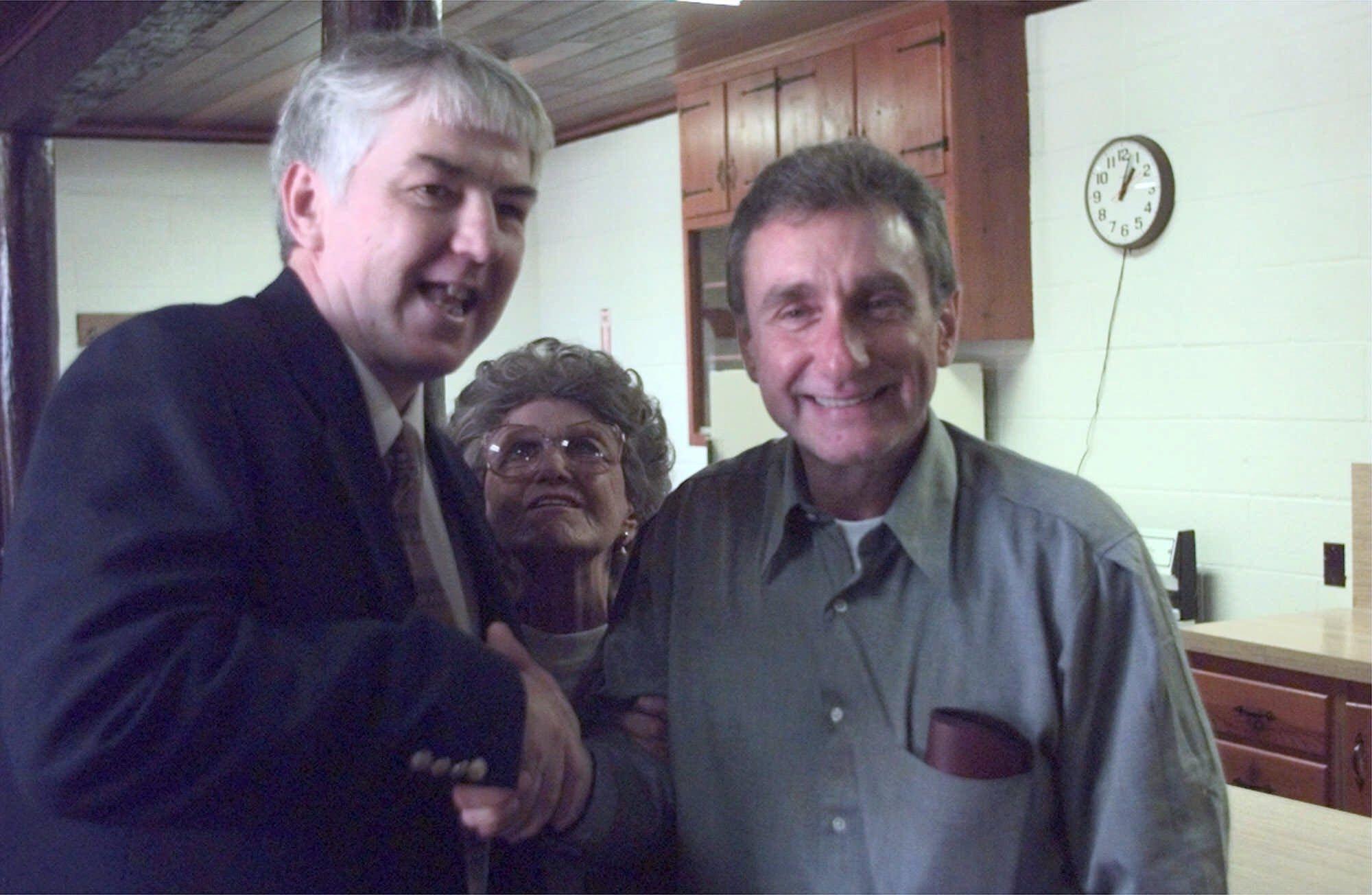 Wasted years in prison leading to an early death

Fritz and Williamson filed a civil lawsuit accusing the Pontotoc County district attorney and other defendants — including the city of Ada, the state of Oklahoma, Gore, and county police officers — of engineering “a false case that consisted of faulty forensic evidence".

They also said this included "fictitious confessions reported by jailhouse snitches with overwhelming motives to lie, in addition to the self-serving lies of the actual murderer.” 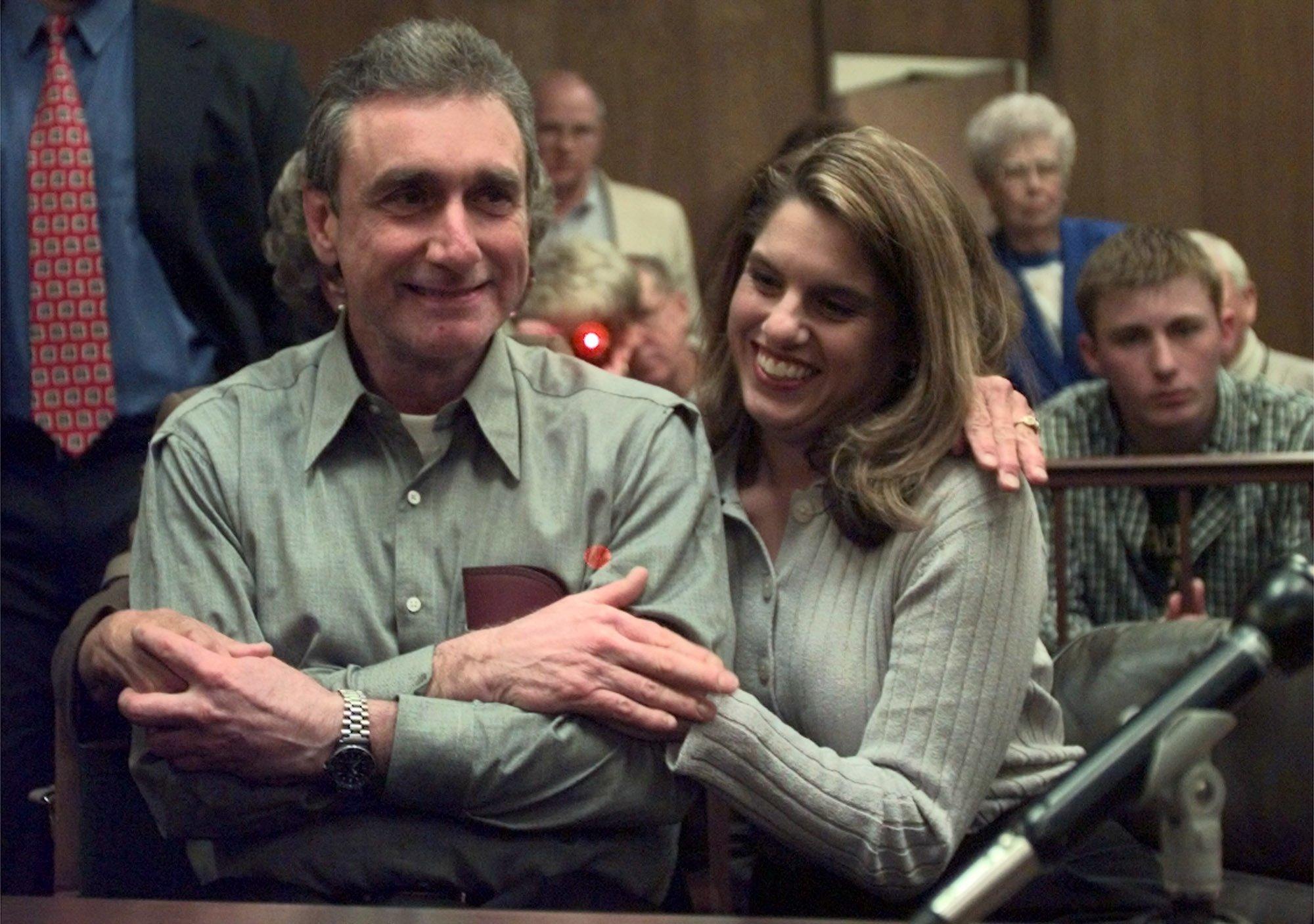 Williamson and Fritz settled the suit and both men received an undisclosed sum of money.

The spring after their release, Williamson and Fritz visited New York, where they took a tour of Yankee Stadium.

Williamson said at that time that he was just getting "a taste of how much fun they were having up here.”

Sadly, just five years later, on December 4, 2004, Williamson died in an Oklahoma nursing home, surrounded by his family after being diagnosed with cirrhosis of the liver.

He was 51 – and had spent over a fifth of his entire life behind bars, waiting to be killed, for a crime he didn't commit.