The vaccine mandate mess will probably get messier

Pop quiz: Is President Biden’s COVID vaccine requirement for most businesses on or off?

If you’re not sure, don’t worry—your boss probably doesn’t know, either.

In September, Biden announced a new federal rule that would require all companies with 100 employees or more to assure their workers are either vaccinated or get regular COVID testing. There were a few exceptions, but the rule was likely to cover about 80 million private-sector workers. Separate rules required vaccination, with no testing option, for federal contractors, health care workers at facilities that receive federal funding, federal employees and U.S. military service members.

To nobody’s surprise, there are now a raft of court proceedings meant to determine if these orders are valid, with injunctions, stays of injunctions, further appeals and mass confusion. The most important hearing was an emergency Supreme Court session on Jan. 7, where the justices heard arguments on two mandates, the one covering all companies with 100 workers or more and the one covering health care facilities. The court could decide the matter within days.

For now, here’s a qualified answer to the pop quiz: The rule for those larger companies is in effect, with the Occupational Safety and Health Administration saying it will start enforcing the rule on Feb. 9. But that depends on what the Supreme Court does. In November, one appeals court blocked the mandate. But in December, another appeals court overruled the first one, effectively reinstating the mandate. So OSHA is proceeding as if the mandate is in place.

During the Jan. 7 hearing, conservative justices seemed skeptical that a federal agency such as OSHA could issue such a sweeping mandate, with a couple of them suggesting a mandate would only be legit if Congress passed a law requiring it. That could mean the broad mandate is doomed, since conservatives hold a 6-3 majority on the court. The justices seemed to think the narrower mandate for health-care facilities, which affects about 17 million workers, was more appropriate.

[Click here to get Rick Newman’s stories by email.]

Some business leaders, generally opposed to the government telling them what to do, have offered lukewarm support for the Biden mandates. The Business Roundtable, representing corporate America, has said it “welcomes the Biden administration’s continued vigilance in the fight against COVID.” While most government mandates force businesses to do something they don’t really want to do, a COVID vaccine requirement is different, because it takes the burden for the requirement off business and puts it on the government. All businesses have to comply and none can try to game the system by undercutting a competitor’s rules. During this year’s Milken Institute Global Conference, a panel of CEOs indicated they weren’t requiring workers to get vaccinated because they feared losing talent to other companies with looser rules.

Smaller businesses are less enthused. The National Federation of Independent Businesses opposes the mandate and argued against it during the Supreme Court session. As with many regulations, smaller businesses have a harder time bearing the cost and hassle of sweeping rules than big companies do.

The Supreme Court will technically gauge whether the Biden administration can enforce the mandate, while lower courts will determine whether it is constitutional. Still, if the Supreme Court knocks down the mandate even temporarily, that could be the end of it. 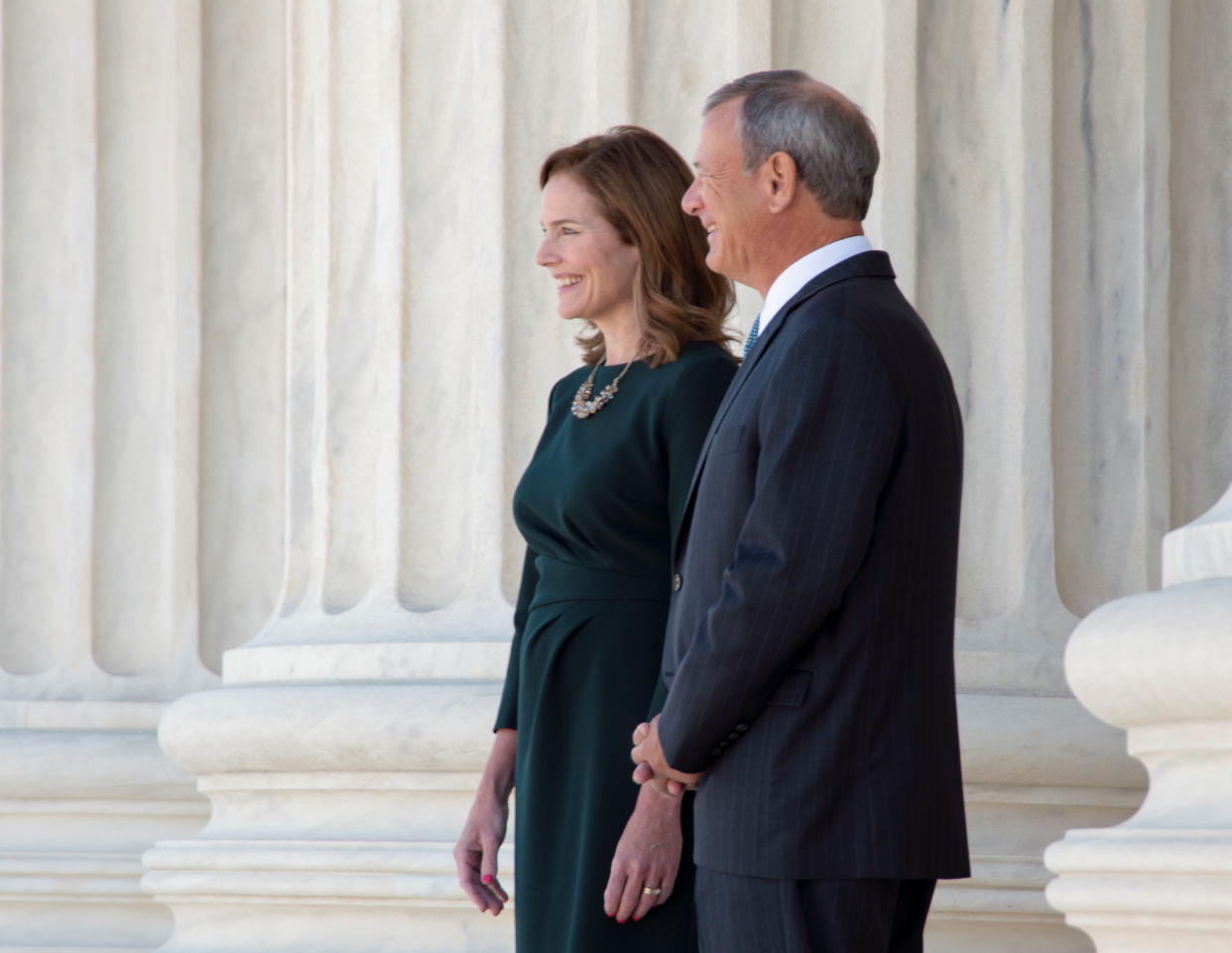 If there's a surprise and the court ultimately upholds the mandates, it could end litigation on some of the other vaccine requirements, and perhaps speed the end of the COVID pandemic. If the majority of American workers need to get vaccinated to keep their jobs, and there’s nowhere to hide (except smaller firms), it will further boost vaccination rates and reduce the number of targets for Omicron and future variants.

A murky SCOTUS ruling, or a knockdown of the Biden vaccine requirement, would obviously have the opposite effect. Businesses could still require their own workers to get vaccinated, as some have already done. The law clearly seems to allow that. But vaccination would continue to be a patchwork affair and some companies that need workers probably would try to poach them from competitors through greater tolerance of the unvaccinated.

Biden, for his part, must have known his vaccine orders would get tied up in the courts, given the litigation of practically everything involving COVID rules. But he didn’t really have better options. He could have tried a full nationwide vaccine requirement, for everybody, but that probably would have faced legal challenges, too, and probably would have been unenforceable. Giving it a shot at the employer level was a reasonable fallback, especially given the surge in cases of the Delta variant, at the time.

In the cleanest case, if the Supreme Court robustly endorses a government vaccine requirement, it will still be touchy for OSHA to enforce the rule. Most big, publicly traded companies will probably go along, but there could be resistance at smaller companies in areas where anti-vaxxers are prominent, if only because some of those companies might face an exodus of workers if they have to show proof of vaccination. Will the federal government go around issuing fines and penalties for businesses that don’t comply with a vaccine requirement? One messy chapter only begets another.

Editor's note: This article was originally published on Jan. 6 and updated after the Supreme Court's arguments on Jan. 7.

Rick Newman is a columnist and author of four books, including "Rebounders: How Winners Pivot from Setback to Success.” Follow him on Twitter: @rickjnewman. You can also send confidential tips.